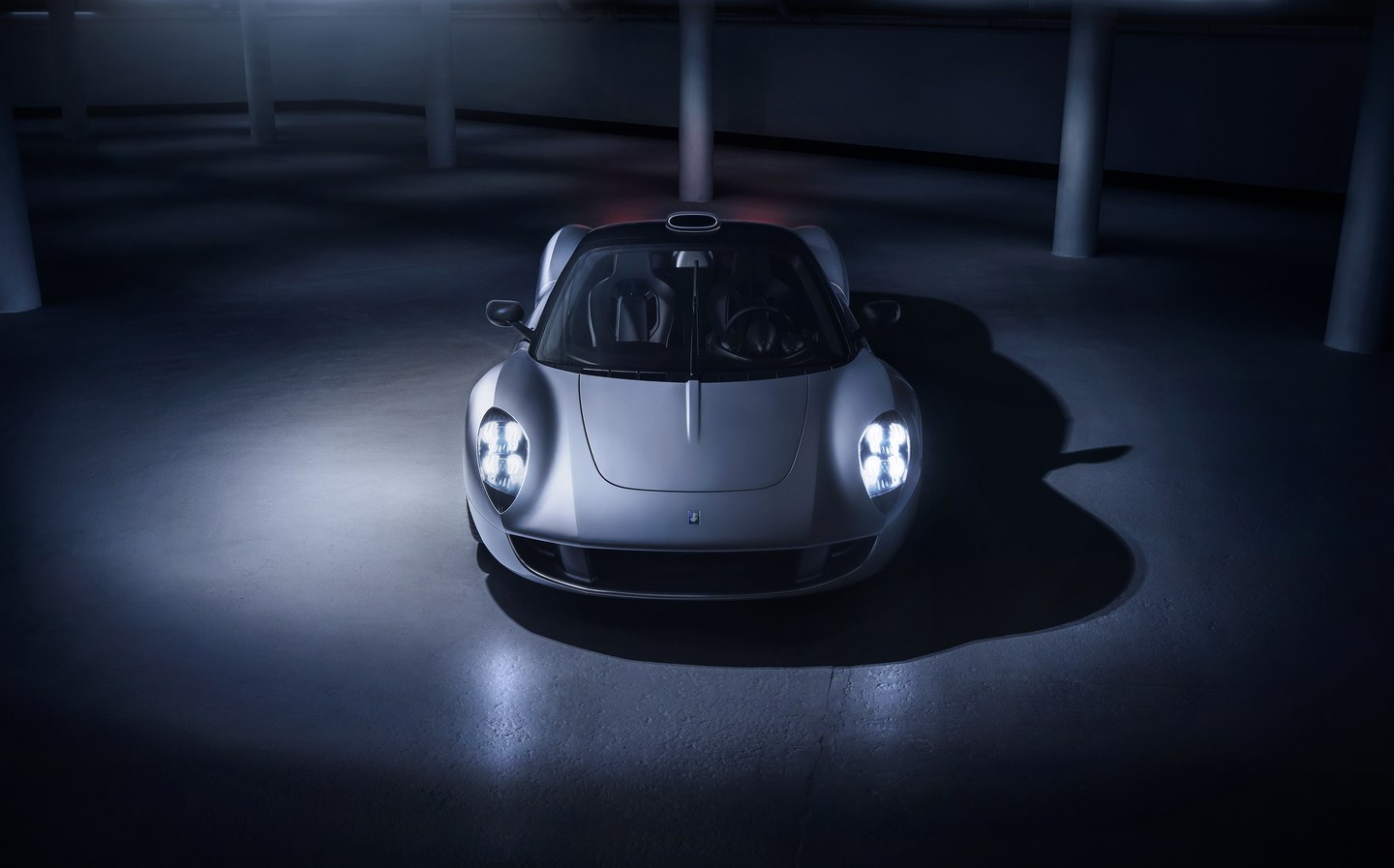 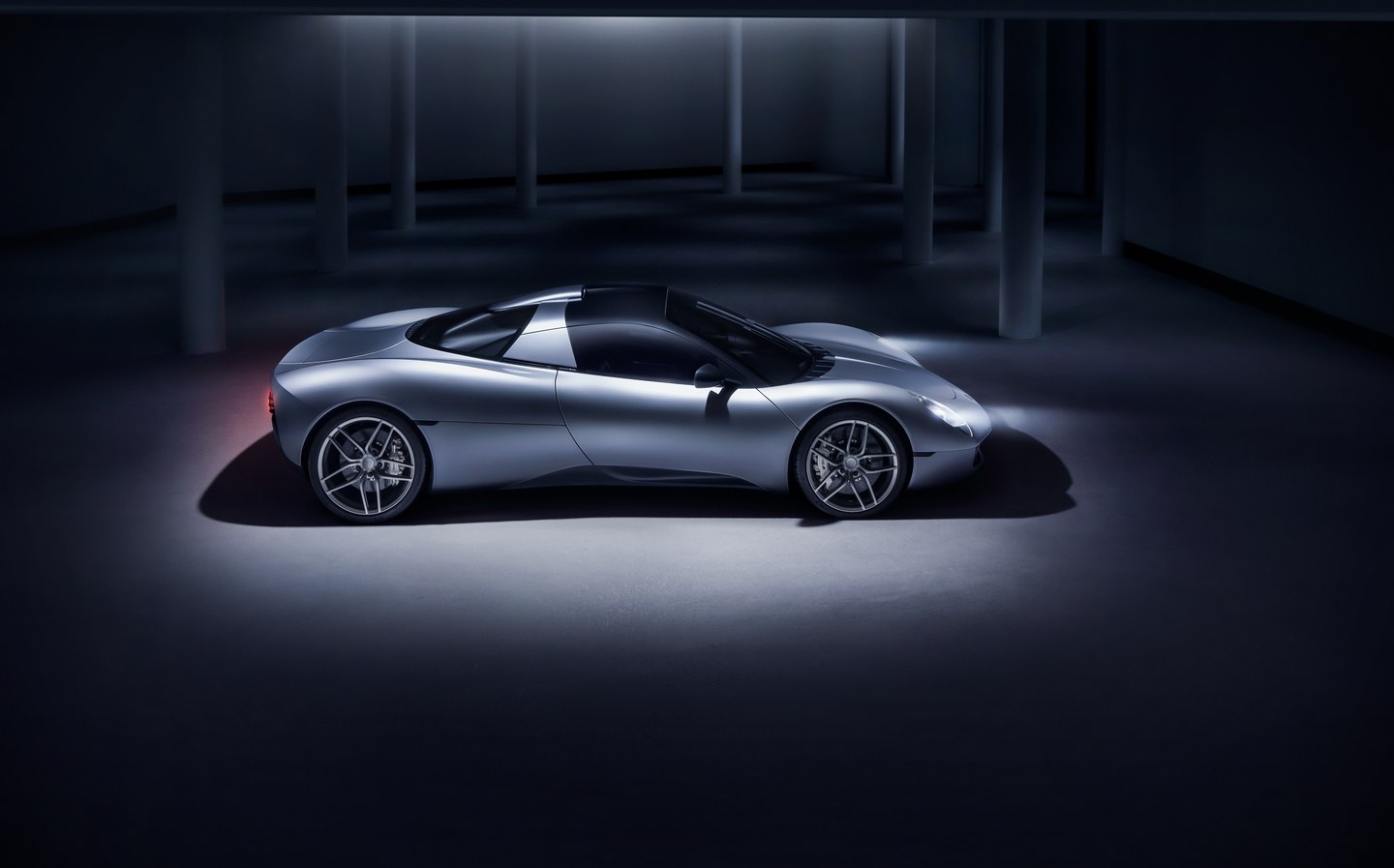 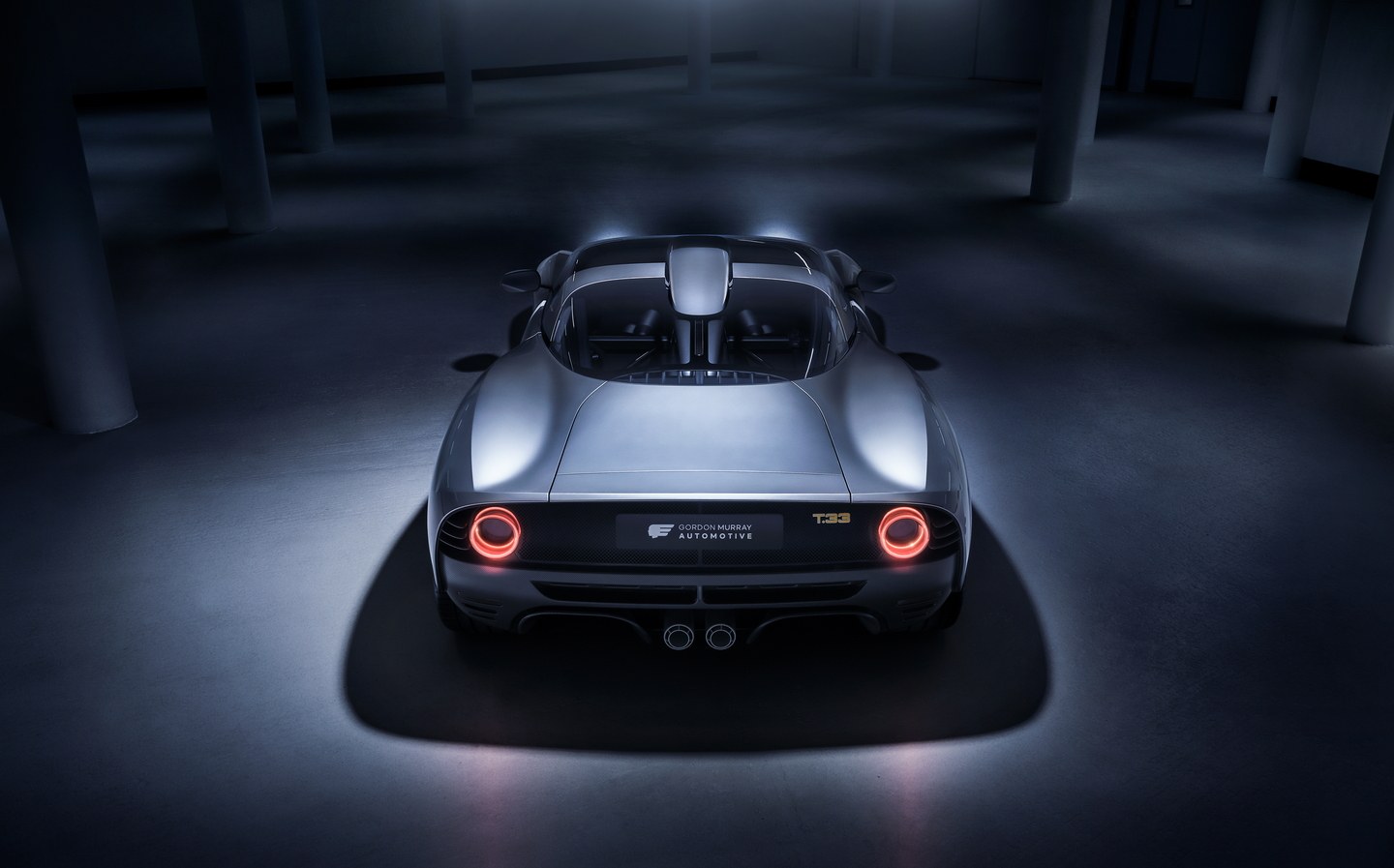 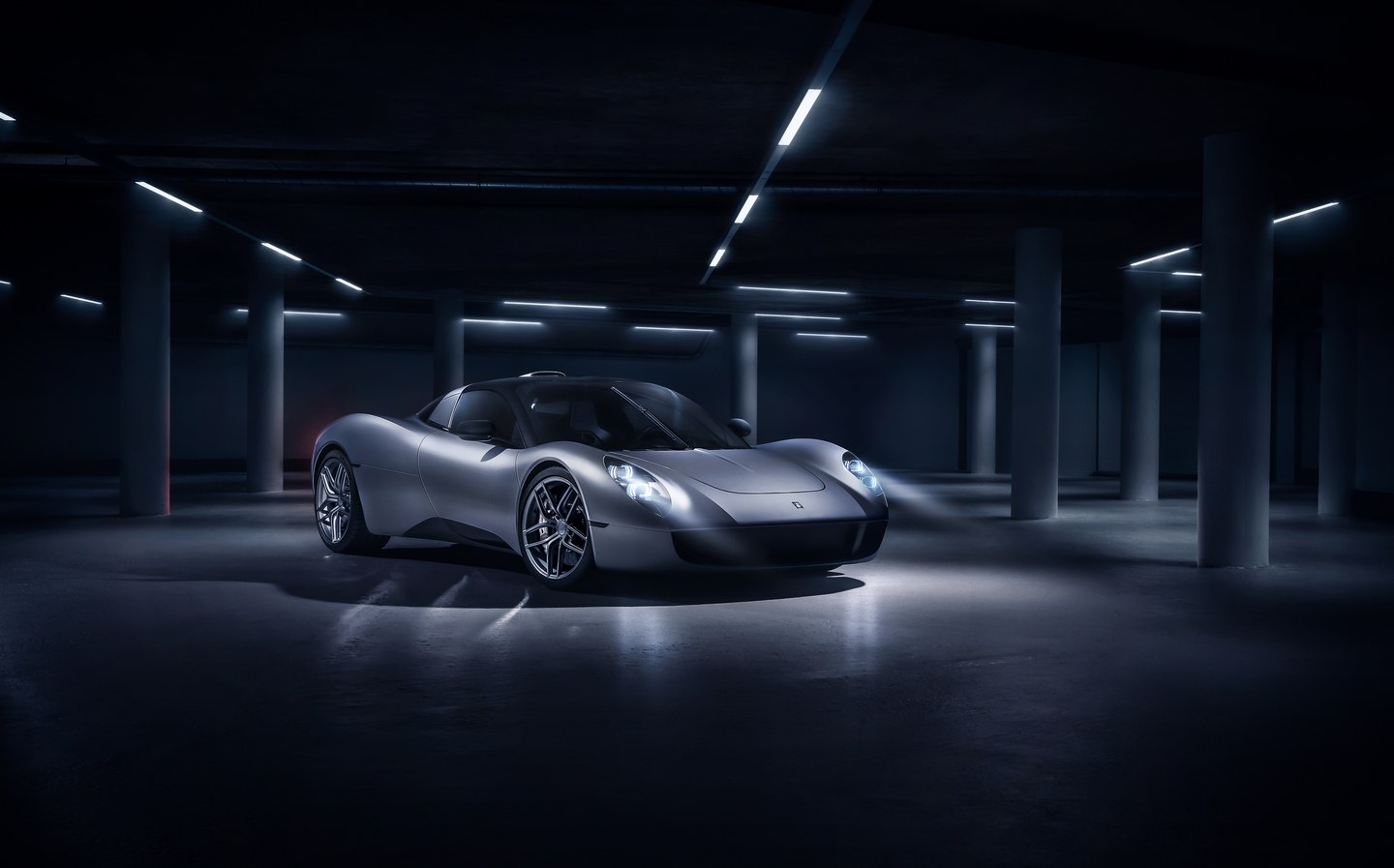 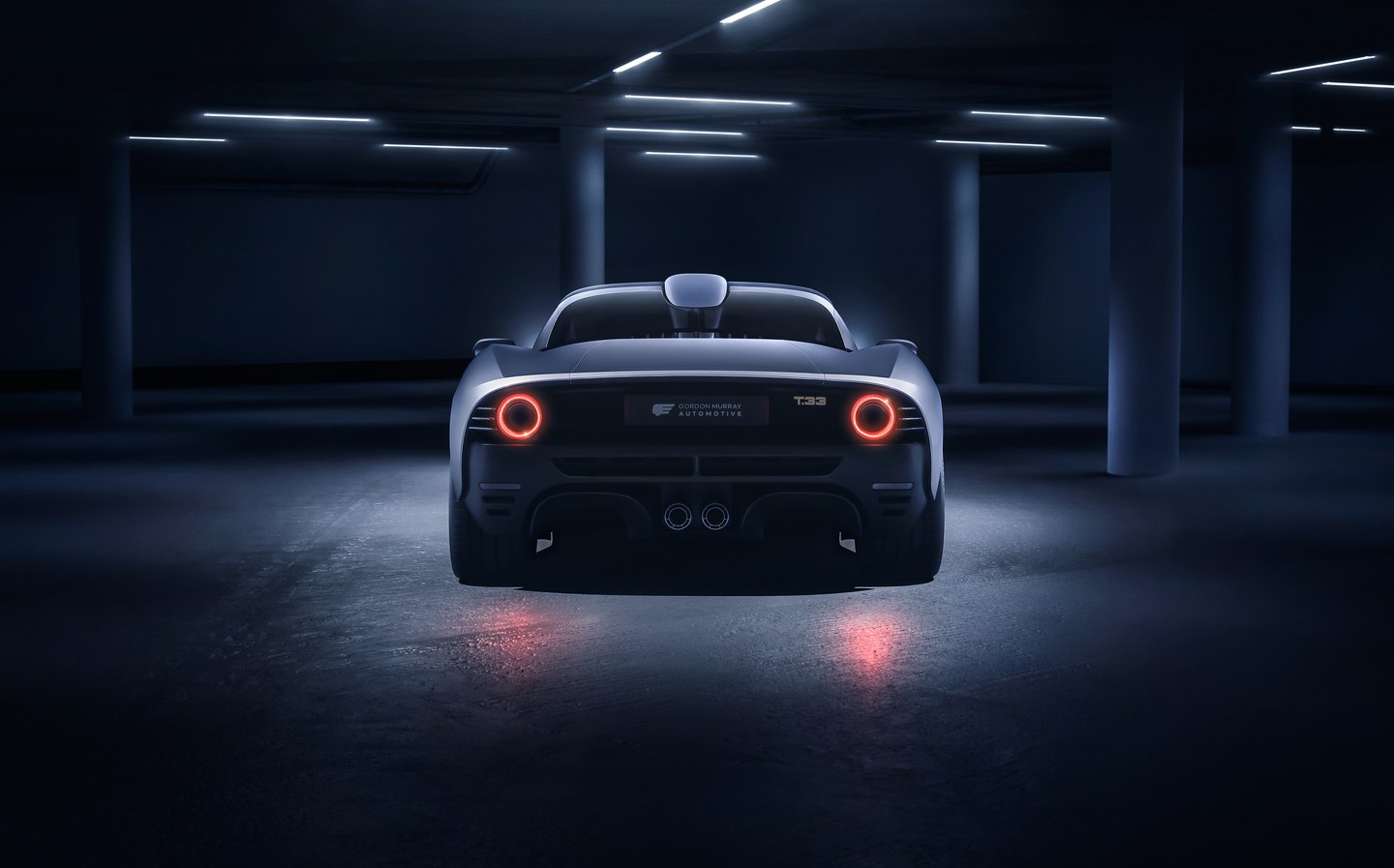 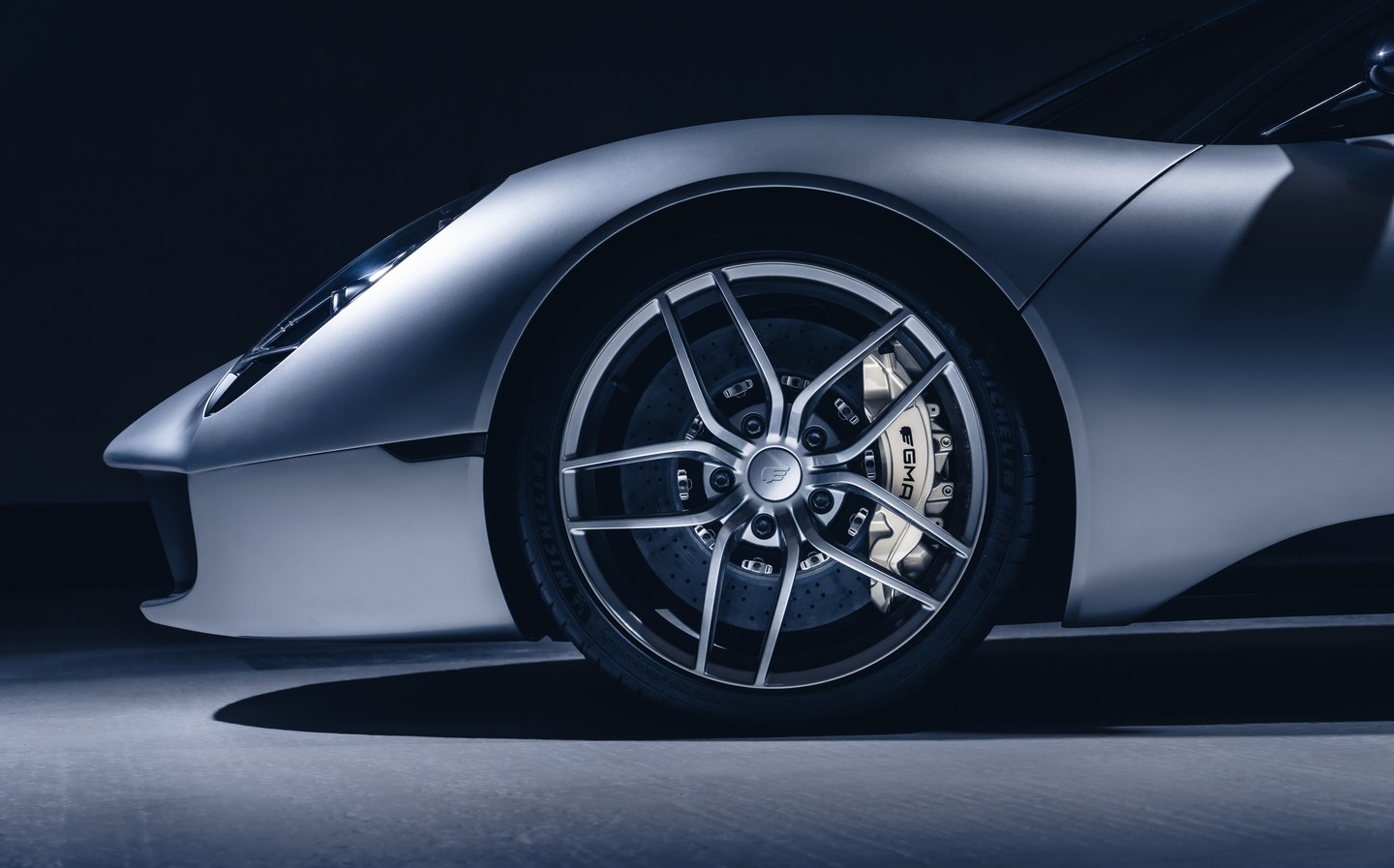 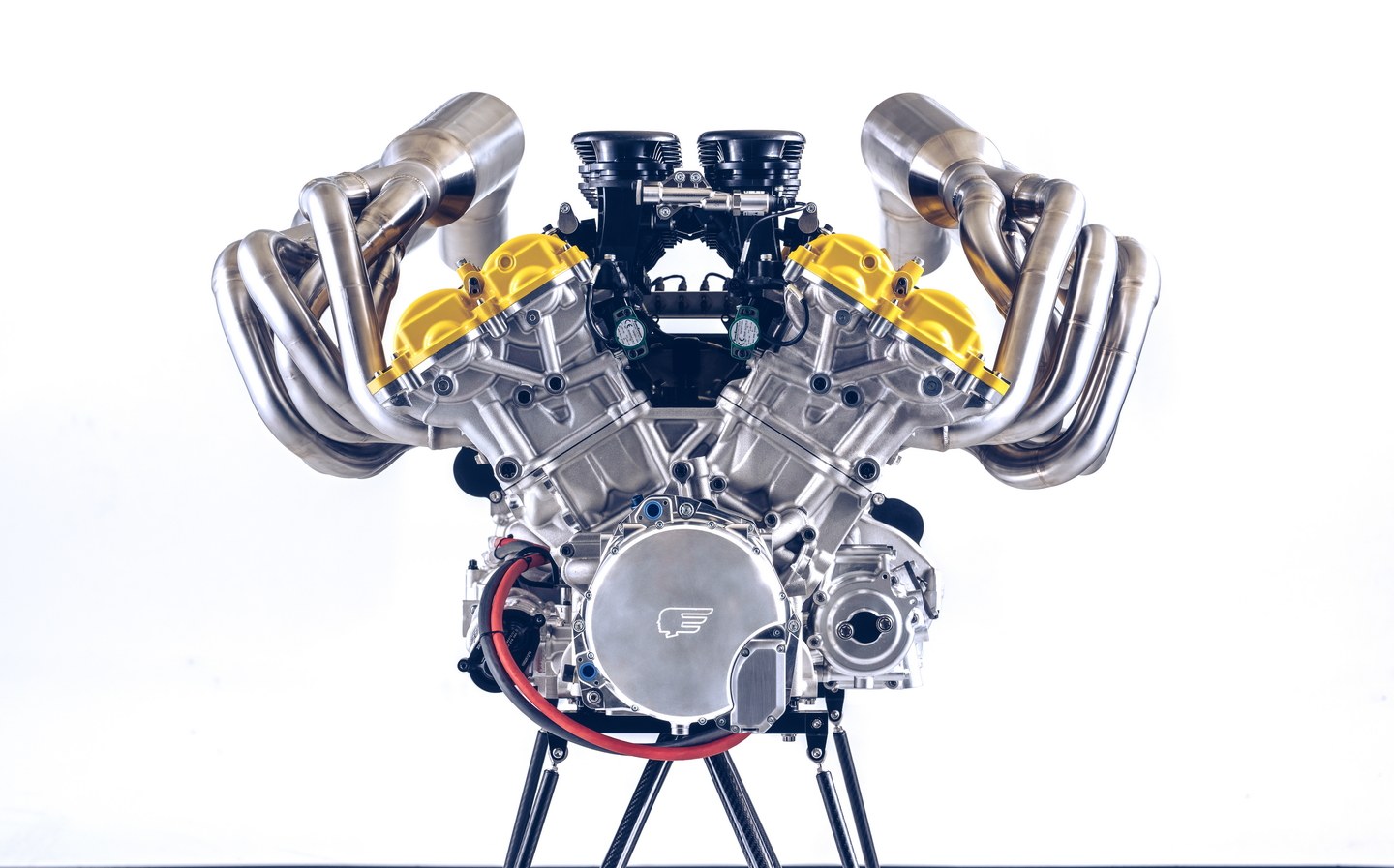 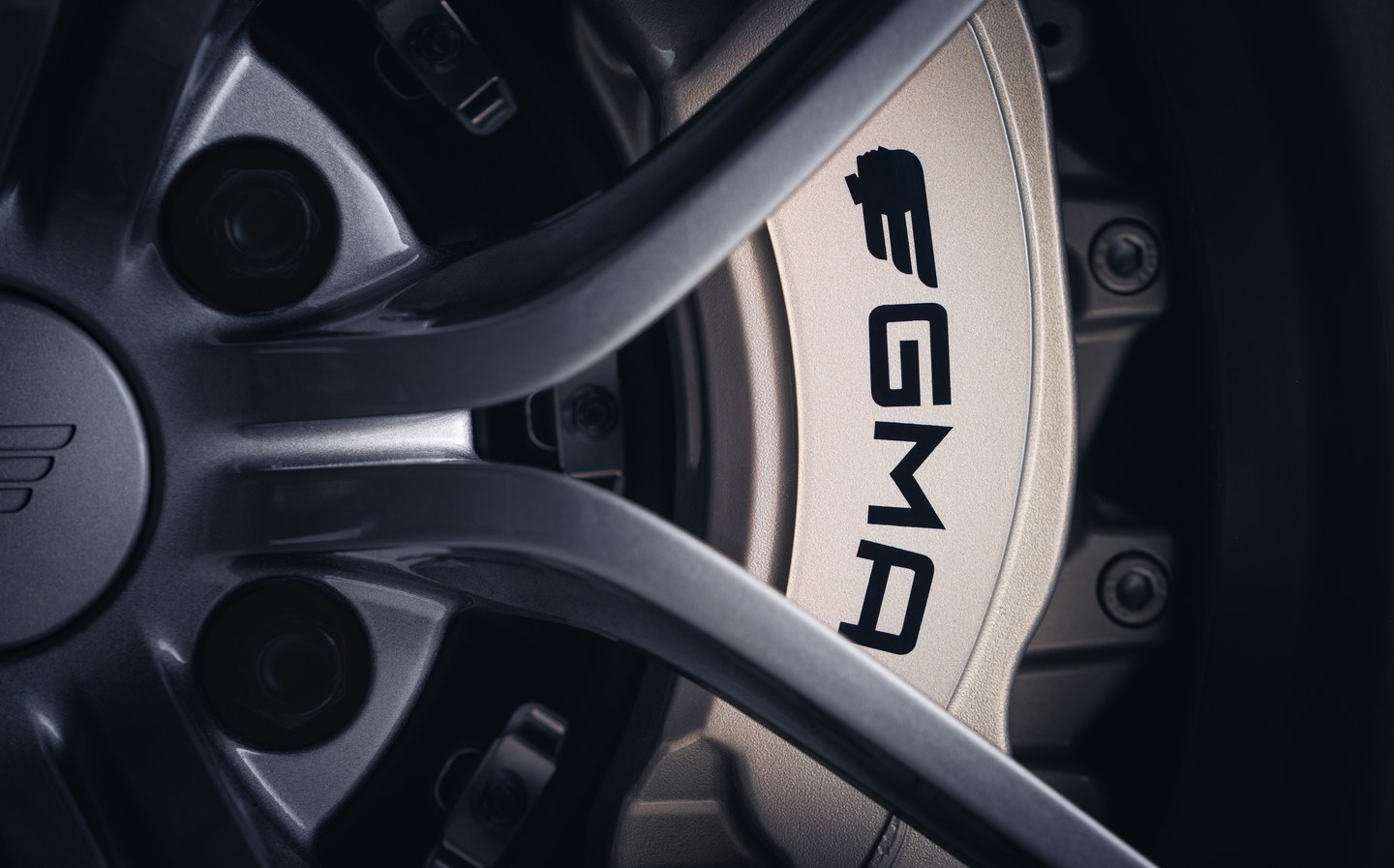 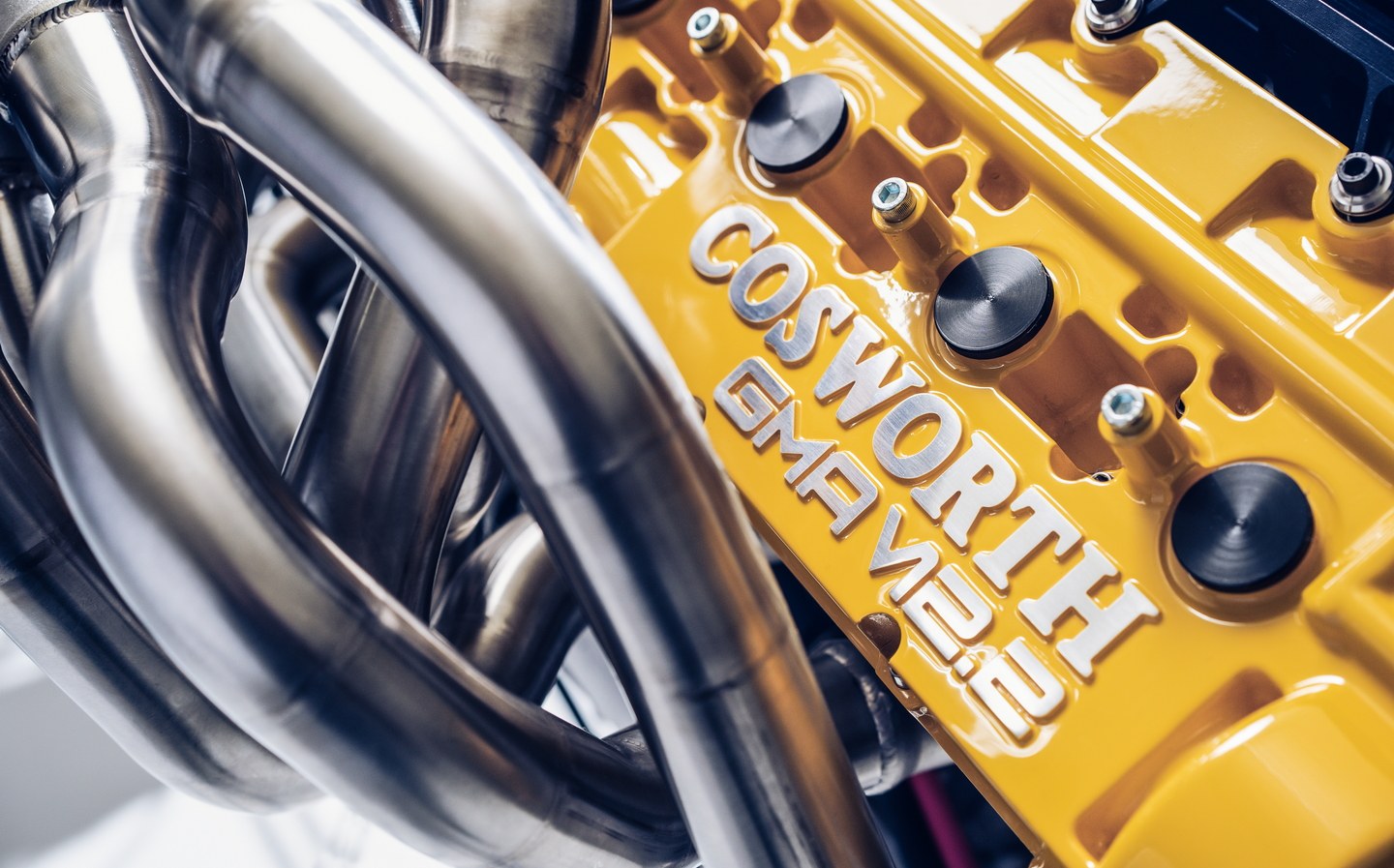 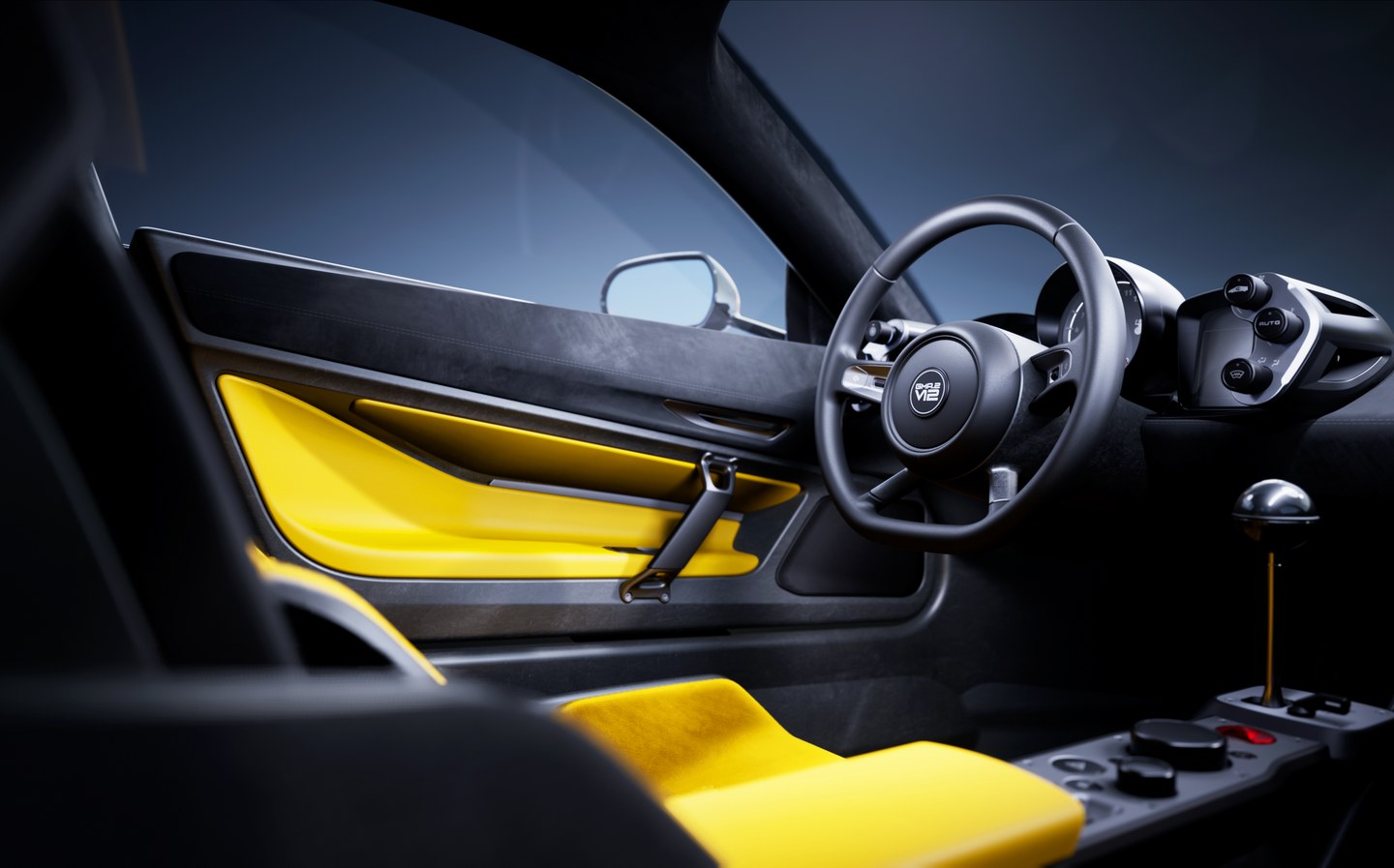 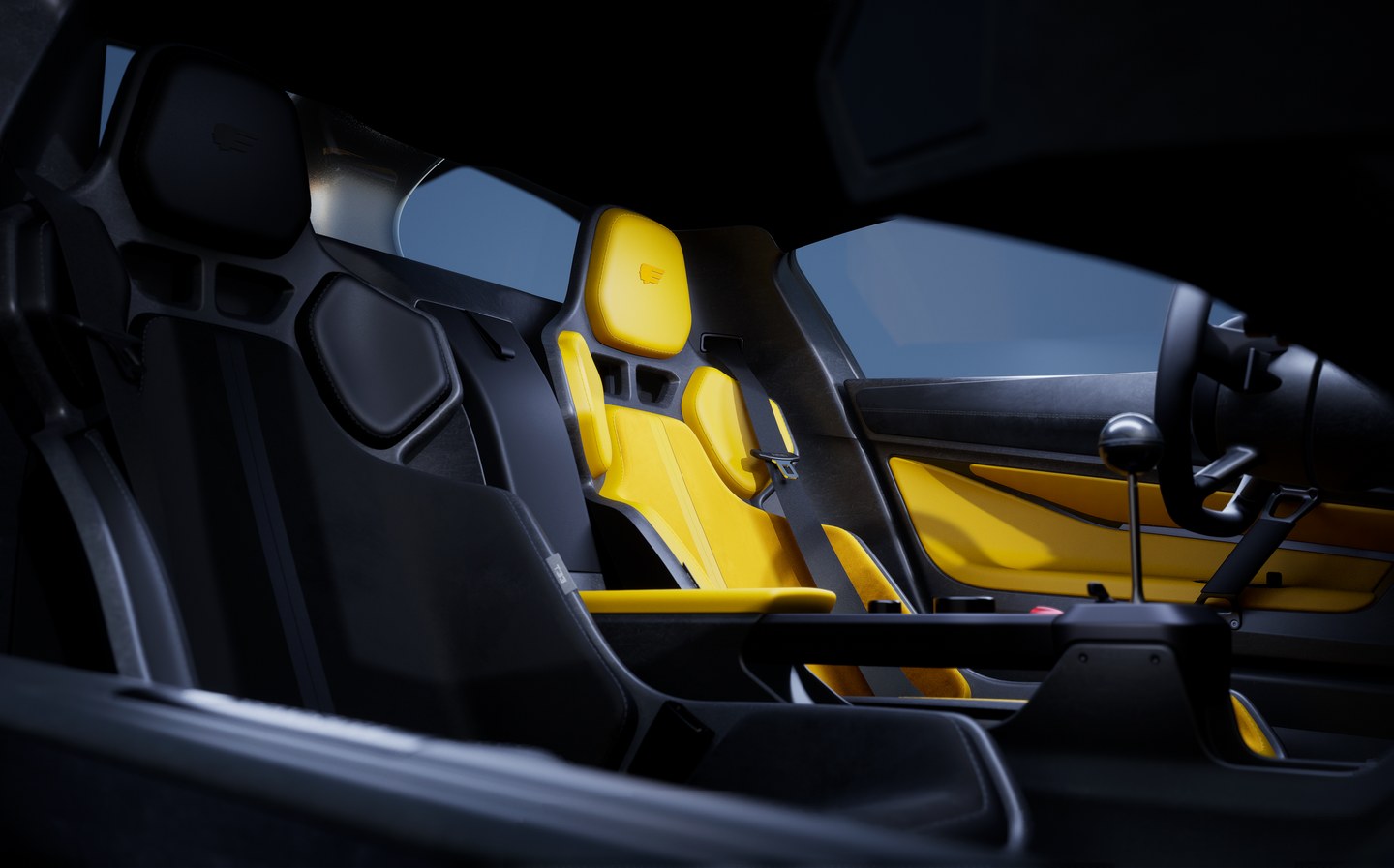 Gordon Murray, the car designer who penned the legendary McLaren F1 hypercar of the 1990s, has announced an all-new lightweight V12 supercar boasting 607bhp and a pricetag of almost £1.4 million.

The GMA (Gordon Murray Automotive) T.33 is the second model to come out of the fledging carmaker, following last year’s the T.50 hypercar.

While the T.33 is a slightly more conventional offering, with no rear aerodynamic fan or central driving position, it will still be powered by Cosworth’s 3.9-litre V12 engine that was designed bespoke for the T.50, though with modifications.

The design is altogether prettier than previous offerings from GMA, the T.33’s carbon-fibre body representing “a triumphant return to beauty” according to the company.

“The beauty of simplicity is the key to the design of every GMA model, and the new T.33 is no exception. As with the T.50, each component and every curve and radius is a bespoke design on the T.33 and is there because it has a function to perform.

“Our slavish adherence to the concept of engineering art extends far beneath the surface of the T.33’s body. Every part, no matter how small and no matter that the owner may never see it, is designed to the same exacting standards as the body.”

Good though it looks, the most exciting parts of the T.33 lie under the skin, starting with the V12 engine that the company describes as “the greatest road-going V12 the world has ever seen” and which has been reworked to deliver more accessible performance than in the T.50.

For a twelve-cylinder unit, the Cosworth engine is a featherweight, at just 178kg, and revs to a screaming 11,100rpm — its maximum power of 607bhp is developed at an astonishing 10,500rpm. The engine’s performance, combined with the car’s 1,100kg weight is enough to provide a power-to-weight ratio of some 556bhp per tonne.

The V12 cylinder heads were retained for the T.33, with slight modifications, but other components are completely new. Along with a new ram induction intake system, the exhaust system has been designed from scracth, as have the engine mountings, water cooling and oil cooling systems.

That power is sent to the wheels through a six-speed manual or optional paddle-shift transmission developed by British firm Xtrac.

“The engine is the heart and soul of any supercar,” said Murray. “And to ensure driving perfection, it must be bespoke, and it must be normally aspirated. We were fortunate that we had the world’s greatest V12 from the T.50 as a starting point.

“Yet, nothing was taken for granted and no part was automatically carried over without due diligence and consideration.

“When we once again joined forces with our technical partner Cosworth to create a bespoke engine for the T.33, every single detail was pored over in painstaking depth. Numerous systems and components were re-engineered and re-designed to pursue excellence, and we are 100% confident that the GMA.2 V12 provides the perfect match for the T.33’s driving characteristics.”

The T.33’s engine and gearbox provide part of the car’s overall structure along with its carbon-fibre monocoque. Its structural strength, the company says, delivers “exceptional occupant safety” as does the Formula One-inspired cockpit safety cell.

An entirely new suspension system has been developed for the T.33 employing lightweight double wishbones front and rear working with coil springs over aluminium alloy dampers.

Keeping the T.33 on the road are a set of alloy wheels (19in front, 20in rear) shod in Michelin Pilot Sport 4 S tyres. Stopping power comes courtesy of Brembo carbon-ceramic brake discs and six-pot brake calipers.

On the subject of driving the T.33, Murray said: “Like its T.50 and T.50s predecessors, the T.33 is all about the driving experience. We have engineered the T.33 to provide exceptional levels of highly tactile and deeply immersive involvement to elevate the driver to a higher plane behind the wheel.

“Of course, safety is equally paramount, as is everyday usability in all weather conditions. Our judiciously calibrated, non-invasive traction and stability systems are designed not to detract from the driving experience but are there to provide an additional level of confidence when called upon.”

Though minus the T.50’s rear fan, the T.33 makes strong use of aerodynamic “ground effect”, with an inlet channelling air underneath the floor and a rear diffuser working to create so much downforce that the designers were able to eschew the kinds of wings, spoilers and vents needed on most other supercars. However, an active rear spoiler does provide some additional sticking power.

The T.33’s two-seat interior is entirely driver-focused and is unadorned by any kind of large touchscreens. Indicators are operated by thumb buttons on the steering wheel while all the rest of the controls are rotary and analogue and machined from aluminium alloy.

Rather unexpectedly, the T.33 is compatible with Android Auto/Apple CarPlay and its 280 litres of luggage space is suitable for six (small) cases, according to GMA.

Just 100 examples of the GMA T.33 are set to be built and the car will be fully homologated for worldwide sale. Part of the specification process involves ensuring that the seats are ergonomically tailored to the owner, and almost every other aspect of the car can be personalised.

“Our focus from day one of this project has been to deliver absolute driving perfection,” Murray said. “And while the engine may be the heart and soul of a supercar, the cabin and its controls provide the conduit through which the driver engages with the engine and the car’s other attributes.

“The T.33’s driver-focussed cabin enables each journey, no matter how short, to be relished free of distraction and it also provides the practicality for longer trips to be undertaken.”

The Gordon Murray Automotive T.33 will cost £1.37 million, with the first deliveries expected in 2024.