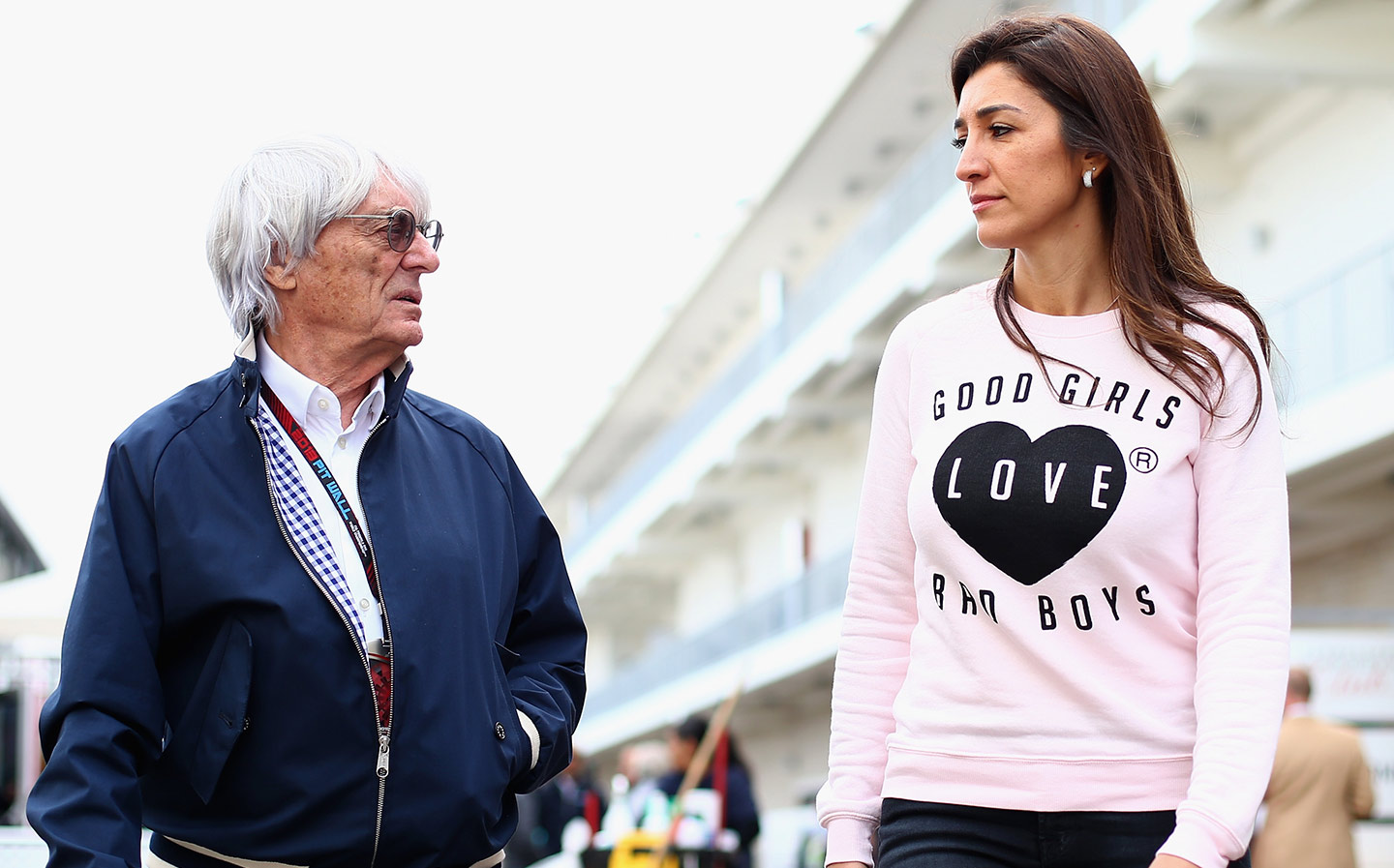 Ecclestone and his third wife, Fabiana Flosi, 44, are expecting their first son in July, according to the Swiss newspaper Blick.

The octogenarian has three daughters from his previous marriages, as well as five grandchildren and a great-grandchild, who will become a half-great-nephew to the newborn.

Ecclestone’s eldest daughter, Deborah, 65, was born to his first wife Ivy Bamford, who he married in 1952 and divorced in the 1960s. Ecclestone then had a 17-year relationship with Tuana Tan, from Singapore, before marrying Slavica Radic, a Croatian model.

He had his daughters Tamara, 35, and Petra, 31, who have both had careers in fashion and reality TV, during the 24-year marriage, which ended in 2009.

Three years later Ecclestone announced that he was to marry Ms Flosi, then vice-president of marketing for the Brazilian grand prix.

Ecclestone, who is staying at his farm near Sao Paulo in Brazil during the Covid-19 coronavirus pandemic, told Blick: “Yes, it is due in the summer. Hopefully he’ll learn to play backgammon soon!”

Brazilian Flosi, now a marketing director, said: “Like all parents, we have only one wish: the child must be born healthy. Hopefully he will never express the intention to do something with Formula One.”

Ecclestone added that during the lockdown he “just want[s] it to be good with Fabiana”, adding: “Fortunately, we never run out of work on the farm. Fabiana also looks after her own coffee plantation.”

The businessman, who will turn 90 in October, is the son of a fisherman and was born in the Suffolk village of St Peter South Elmham in 1930. He spent nearly 40 years as chief executive of the Formula One Group, a group of companies responsible for the sport’s commercial rights, until a £6.4 billion takeover in 2017. He was replaced as chief executive of the sport, though appointed chairman emeritus with a role as an adviser to the board.

During his time in F1, he amassed a fortune worth an estimated £2.5bn.

Ecclestone will not be the world’s oldest new father. In 2012, Ramjit Raghav, an Indian wrestler and farmer, was reported to have fathered a child at the age of 96. He is thought to have died in February aged 104, according to The Times.

Other famous people to have fathered children at a ripe age include actor Robert DeNiro, who was 68 when he and his second wife, Grace Hightower, welcomed their daughter Helen Grace, and Rolling Stones frontman Mick Jagger, who became a father again at the age of 73, with his partner, ballerina Melanie Hamrick, 29.

Pioneering actor Charlie Chaplin was also 73 years old when he and his wife, Oona O’Neil, 36 years his junior, had their youngest son Christopher James in 1962, according to Hollywood.com.

The 2020 Formula One season has been thrown into turmoil amid the current cornonavirus pandemic, with rounds either postponed or cancelled, the latter including the jewel in the crown of F1: the Monaco Grand Prix.