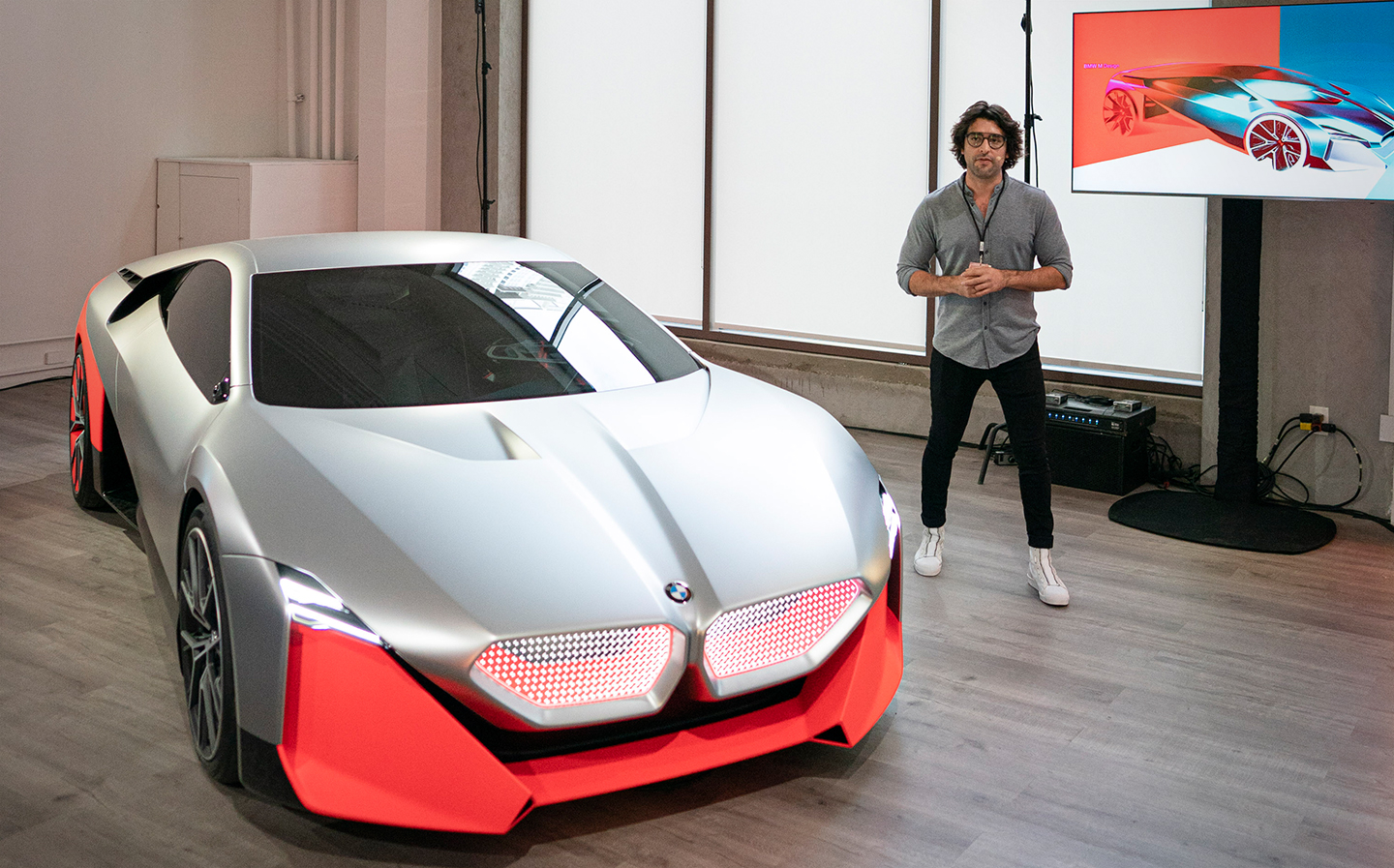 BMW’s Vision M Next concept broke cover at 2019’s Frankfurt Motor Show. It’s a hint to what future BMW M products, and even a second-generation i8 supercar, could look like.

Powered by a hybridised four-cylinder turbocharged motor, the concept is claimed to produce 592bhp, which BMW says is good for 0-62mph in just three seconds. A Boost+ button is on hand to give you an extra shove if needed, and it should be able to cruise in EV mode for 62 miles, if that’s your jam. 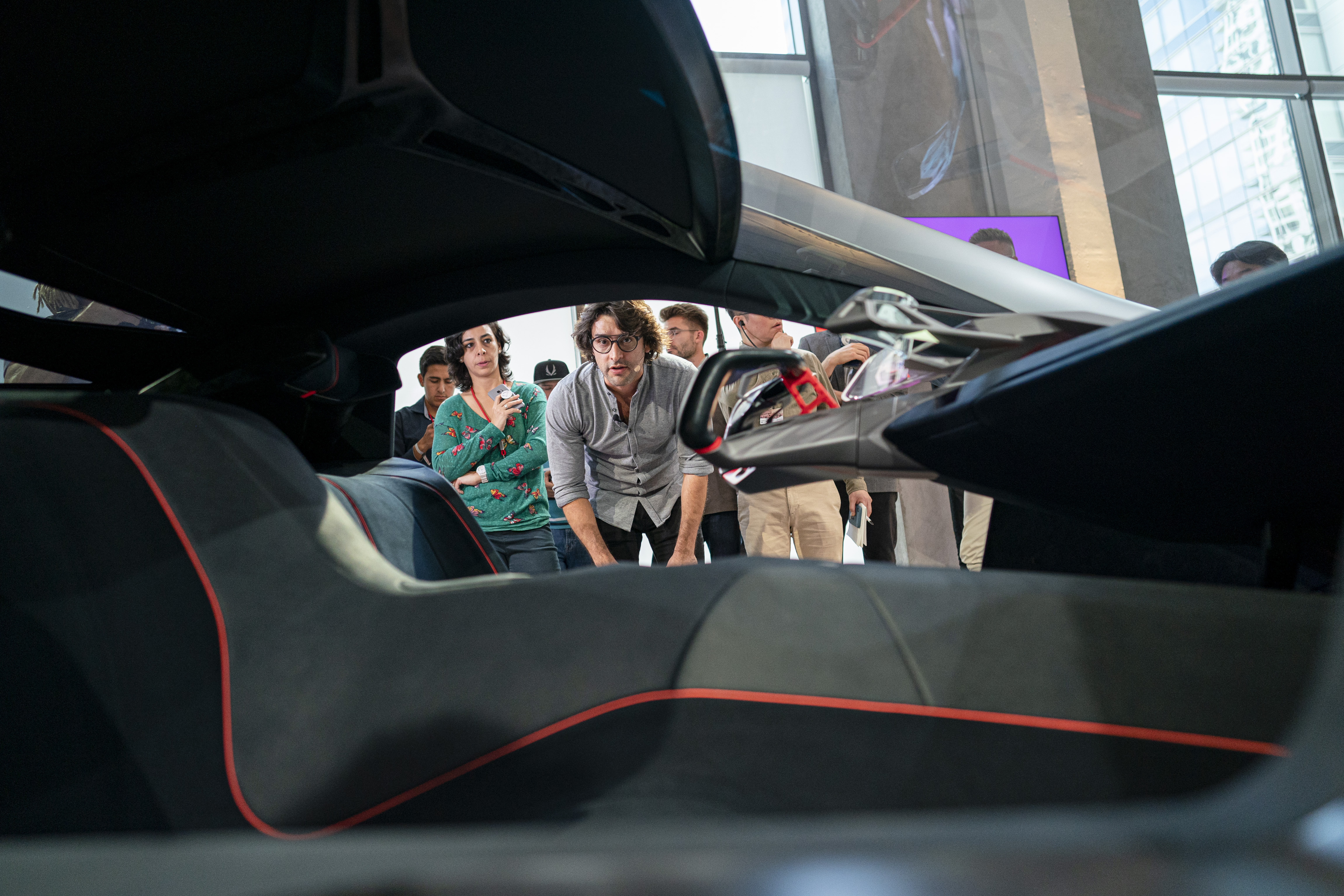 The tech, then, is impressive, but the thing that you’ll take away most is the look. It’s dripping with homages to BMWs of days gone by, colourways inspired by old racing cars, and new takes on BMW hallmarks.

At the LA Auto Show last month, Driving.co.uk caught up with the Vision M Next’s exterior designer, Jose Alberto Casas Peña, to ask him about his work, and what drew him to design in the first place. 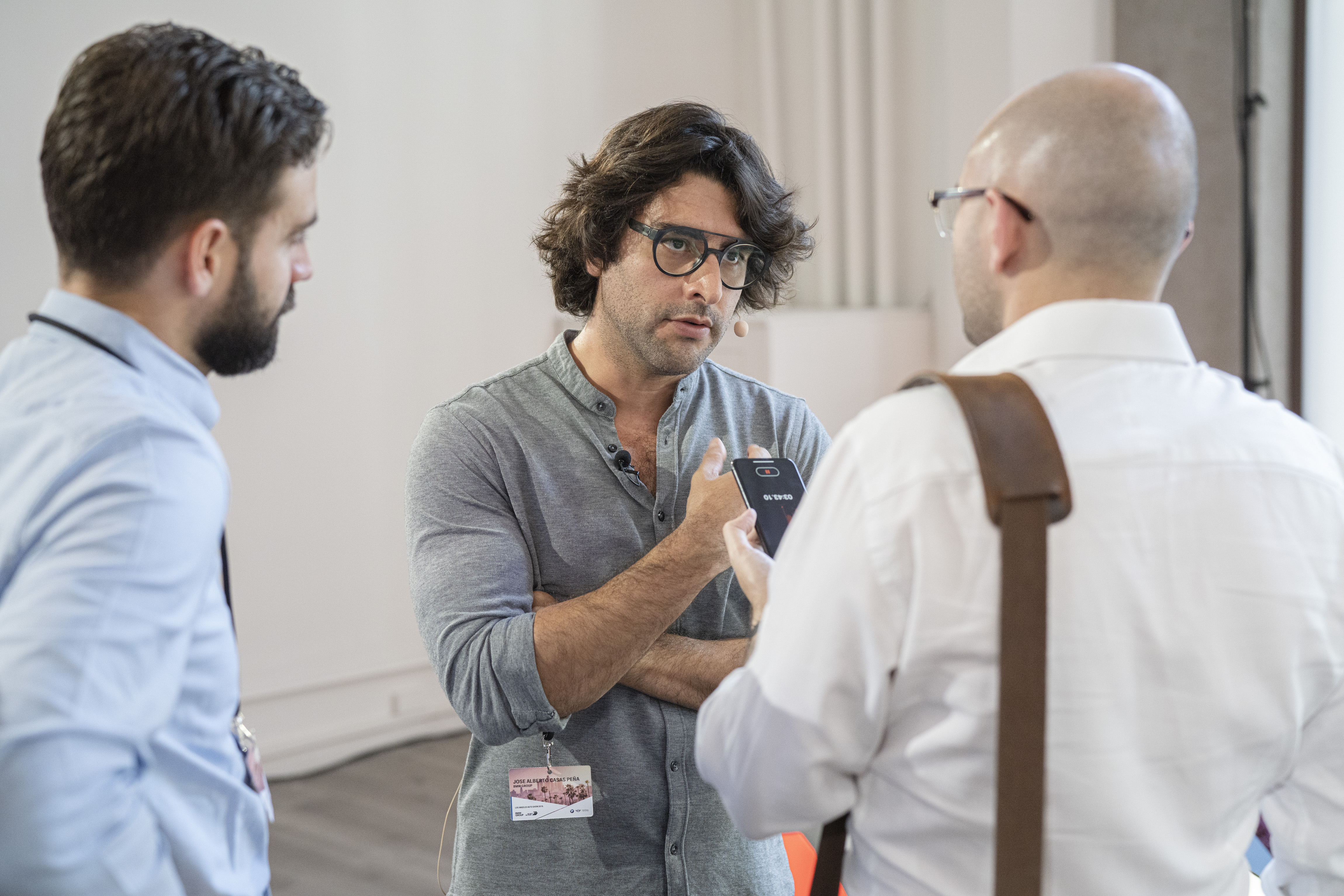 Hailing from Mexico, Peña is the dark sheep of his family. While he designs cars, the rest of his nearest and dearest are architects. When he was a child, rather than sketch buildings he’d draw cars, but it wasn’t until later in life he realised he could turn a childhood passion in to a career.

“I discovered car design when I was around 19 years old,” he told us, “and I fell in love right away because I think, in my eyes, it combines creativity, it combines sketching, it combines reality. And there are few careers in this world that actually can allow you to go from a piece of paper, to a car on the street. And this is what, for me, is one of the best sensations that can happen in your life.”

Having studied industrial design in Mexico City, he moved to Detroit for a second degree in car design, then to Italy for various internships before being offered a full time job by BMW. 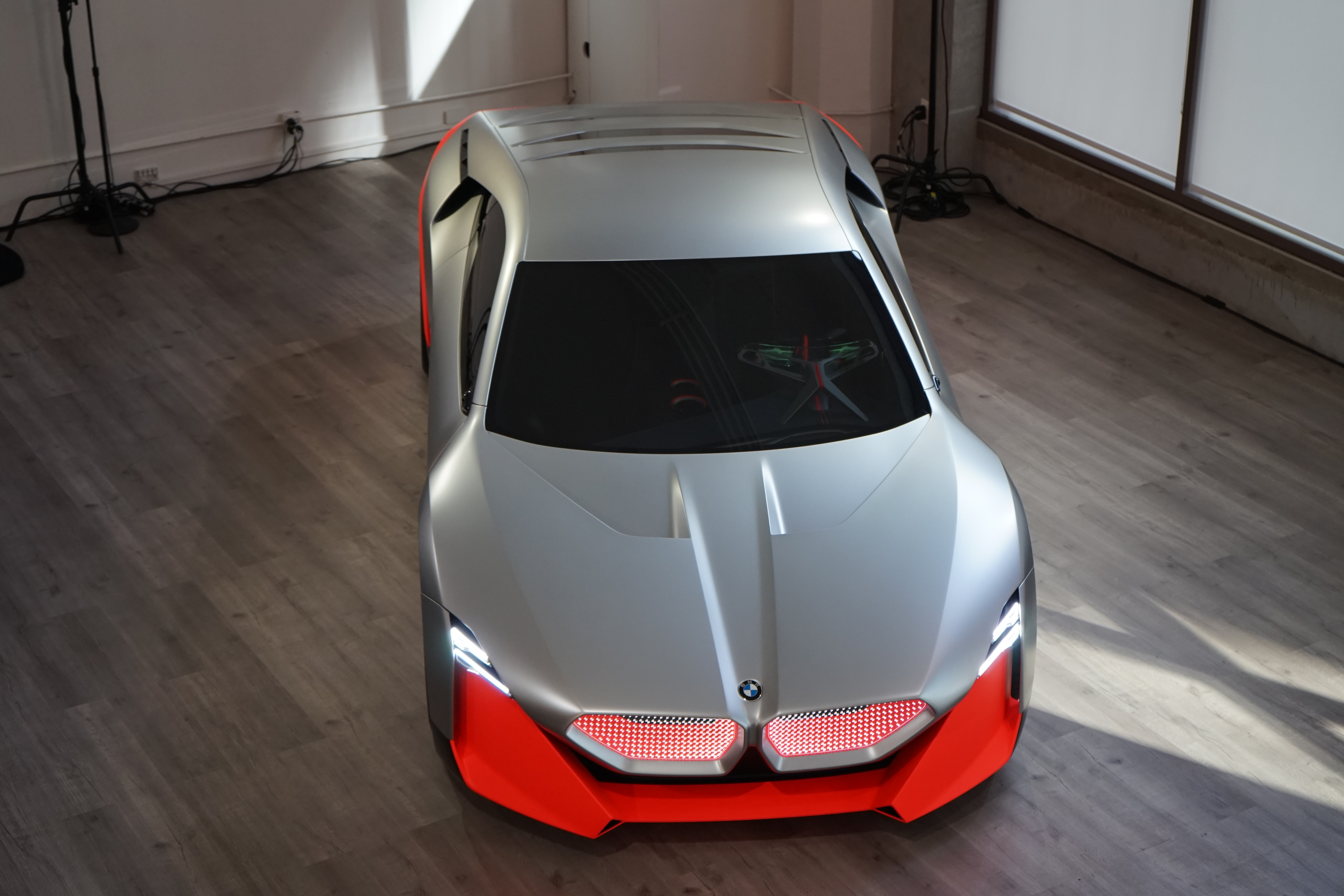 Vision M Next, his most recent project (or at least the one he’s allowed to talk about), looks back in order to look forward. Its powertrain is hybrid, parts are made of recycled carbon fibre, and its electric soundtrack was designed by Hans Zimmer, but look closely and you’ll see a whole heap of BMW M1, and more besides.

“When you see the car the first time, you recognise it right away: the outline, the silhouette, the details on the back, on the side of the car, on the intake. You just get it right away. And M1 is one of my favourite BMWs, if not my favourite.” 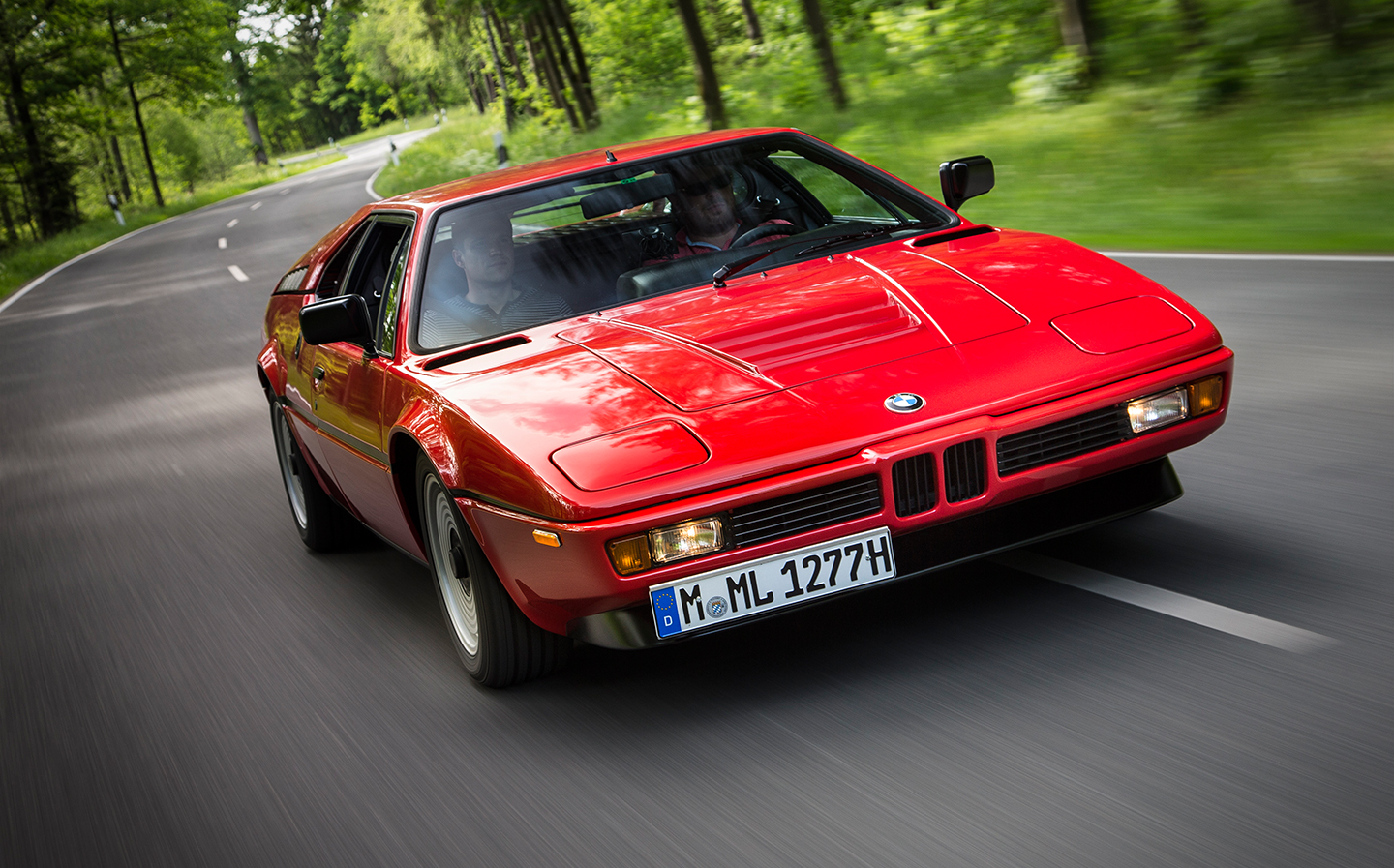 Put the two side by side and you’ll see the family resemblance. At the rear there’s a BMW logo on each side, the silhouette bears more than a passing resemblance, as do the cooling vents in at the front and rear.

Peña has even tweaked the famous Hoffmeister Kink (BMW’s characteristic forward-swoop at the lower edge of the C- or D-pillar, behind the rear window), making it not only part of the window graphic but a cooling vent for the Vision M Next’s mid-mounted motor as well. 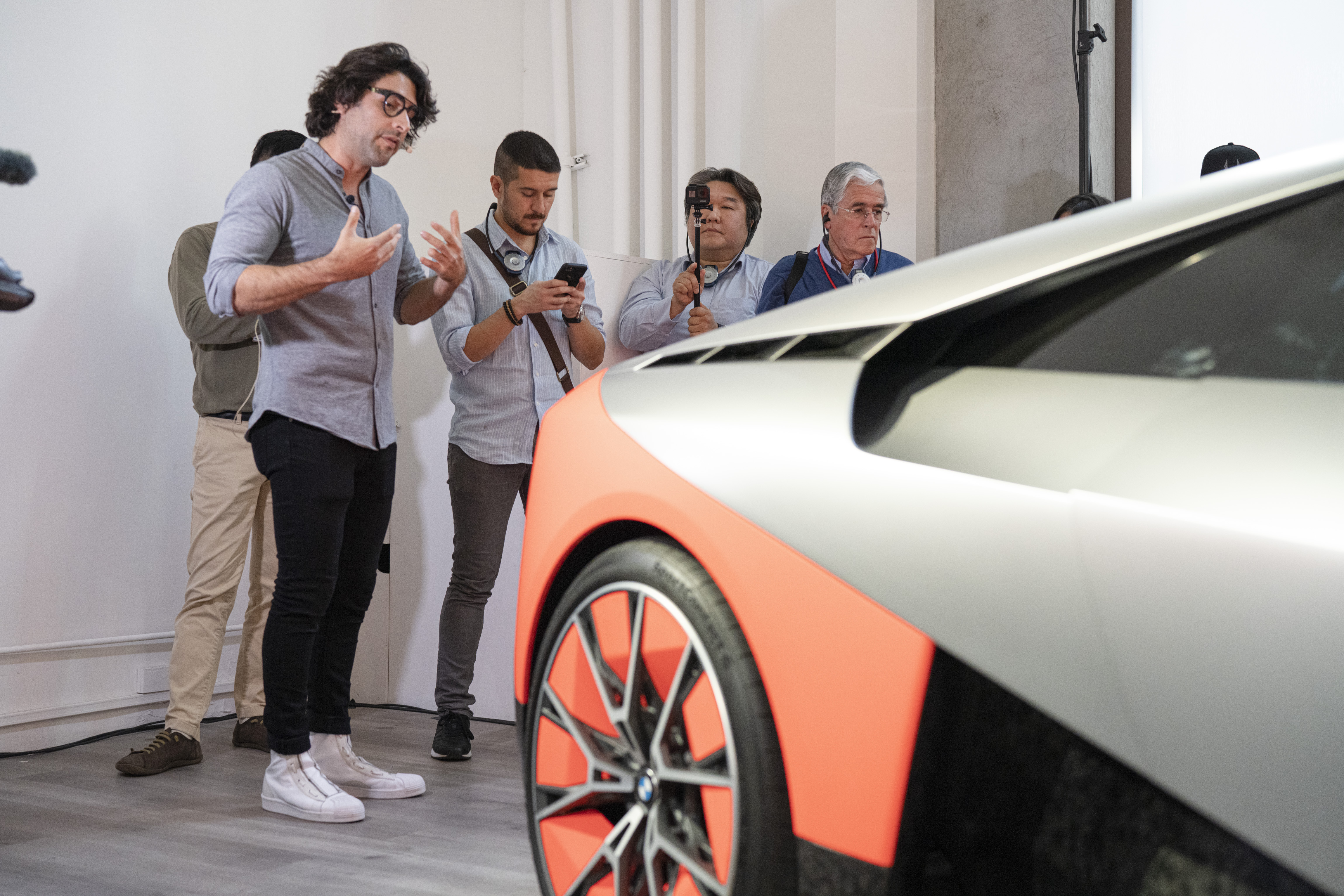 The Vision M Next’s striking silver and ‘Thrilling Orange’ colour combo is deliberate as well. “Like all these M cars, the M1 and the Turbo, they had this crazy orange, almost red colour. They were made in a different way. They have gradient. So we decided, well, maybe we can do it in a stronger way. And we ended up doing this colour blocking on the rear and on the front.”

One thing Peña didn’t mess with was the shape of BMW’s traditional Kidney Grille. BMW may be playing fast and loose with its hallmarks of late, but for the Vision M Next it didn’t make sense to fiddle with the formula too much.

“First of all, the low nose, the very low nose, already forced you to do a more horizontal grille. You cannot do a vertical grille in a car like this because then we will hit the floor probably. 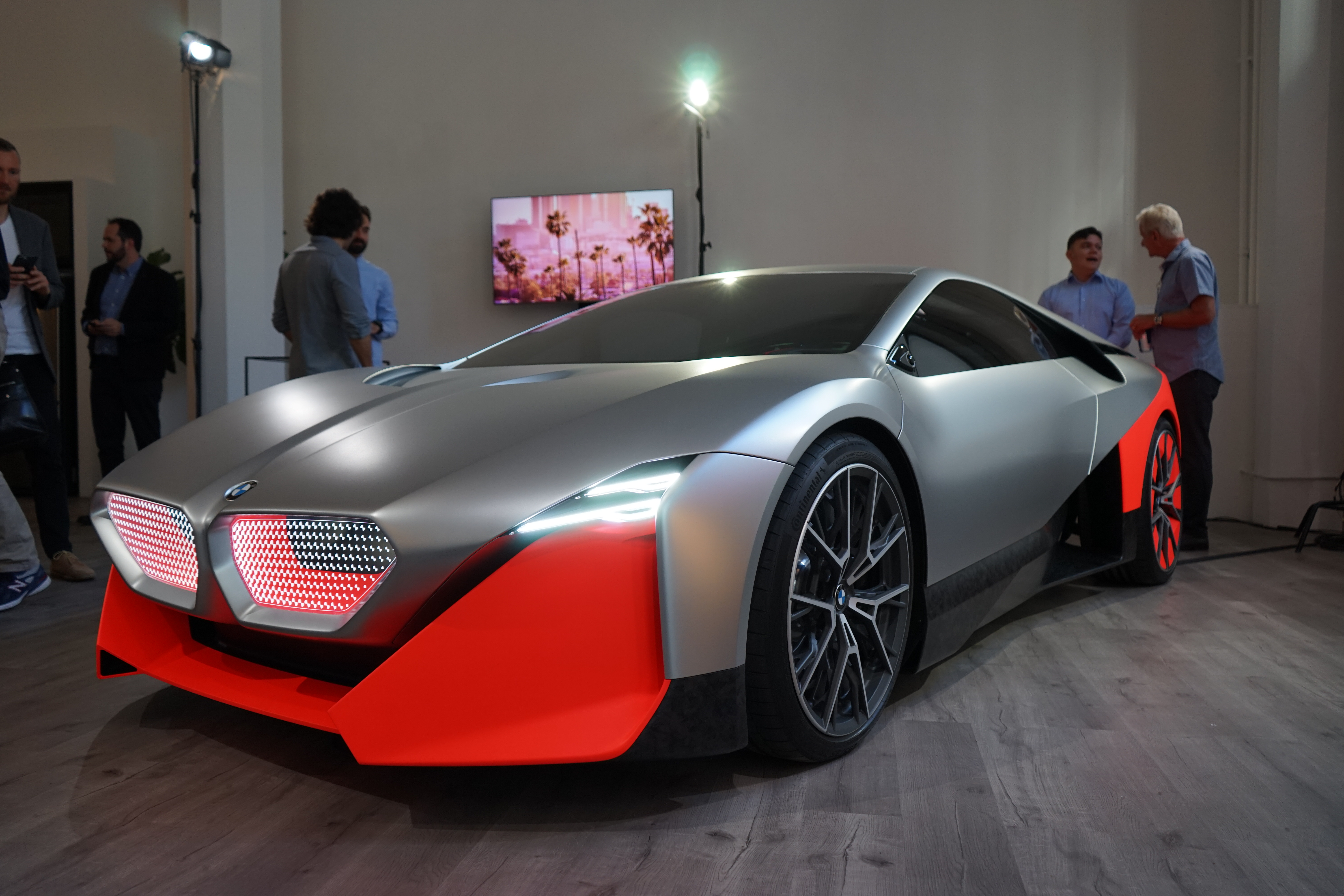 “And the second thing is I believe in a car like this, a horizontal grille just works better. It emphasises the width of the car, and what we wanted to express with this is to have the whole front growing out of that grille, out of the kidneys.”

Whatever comes from the Vision M Next – be it the powertrain, looks, or funky colour scheme, BMW’s future M cars appear to be in safe hands.