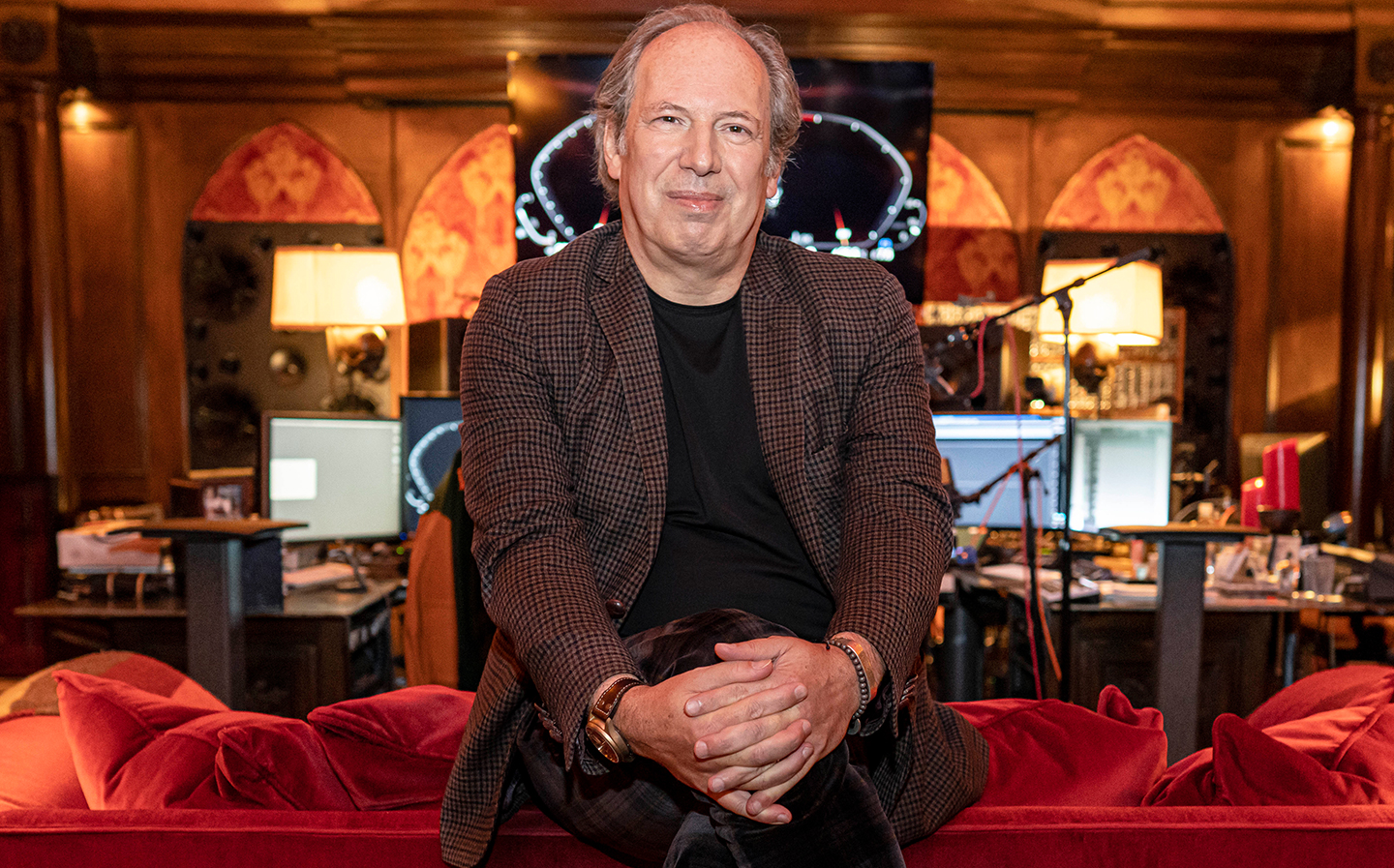 LOS ANGELES is a city so familiar, even for those on their first visit: dizzying sunshine, bustling streets, shady deals going down in shadier hideaways and motormouthed moneymen proclaiming they’ll talk to someone else’s “people”.

The most serious business here is showbusiness, of course. After all if you want to be a star, you go to LA. This is where fresh-faced hopefuls gun to be the next Brad Pitt or Julia Roberts. But you might expect it all to take place in vast studios or one of the architectural wonders in the middle of town, or, perhaps, hidden underground lairs filled with sharks and nameless henchmen.

Of course, many of the deals and hard work are going on in much more inconspicuous locations. Nestled in the suburbs of Santa Monica, a coastal “city” in western Los Angeles, is a group of fairly innocuous-looking red brick buildings hiding something rather special. They’re not sky scrapers, nor do they scream “REALLY COOL STUFF GOES ON HERE”. But this is where real movie magic happens; where Academy Award-winner Hans Zimmer and his team craft their musical compositions.

It’s almost inconceivable that you haven’t heard at least one of Zimmer’s scores. Perhaps it was work for 1994’s The Lion King, for which he won his Oscar. Or maybe for Christopher Nolan’s Batman films, or perhaps the Pirates of the Caribbean series, Rain Man or Gladiator. 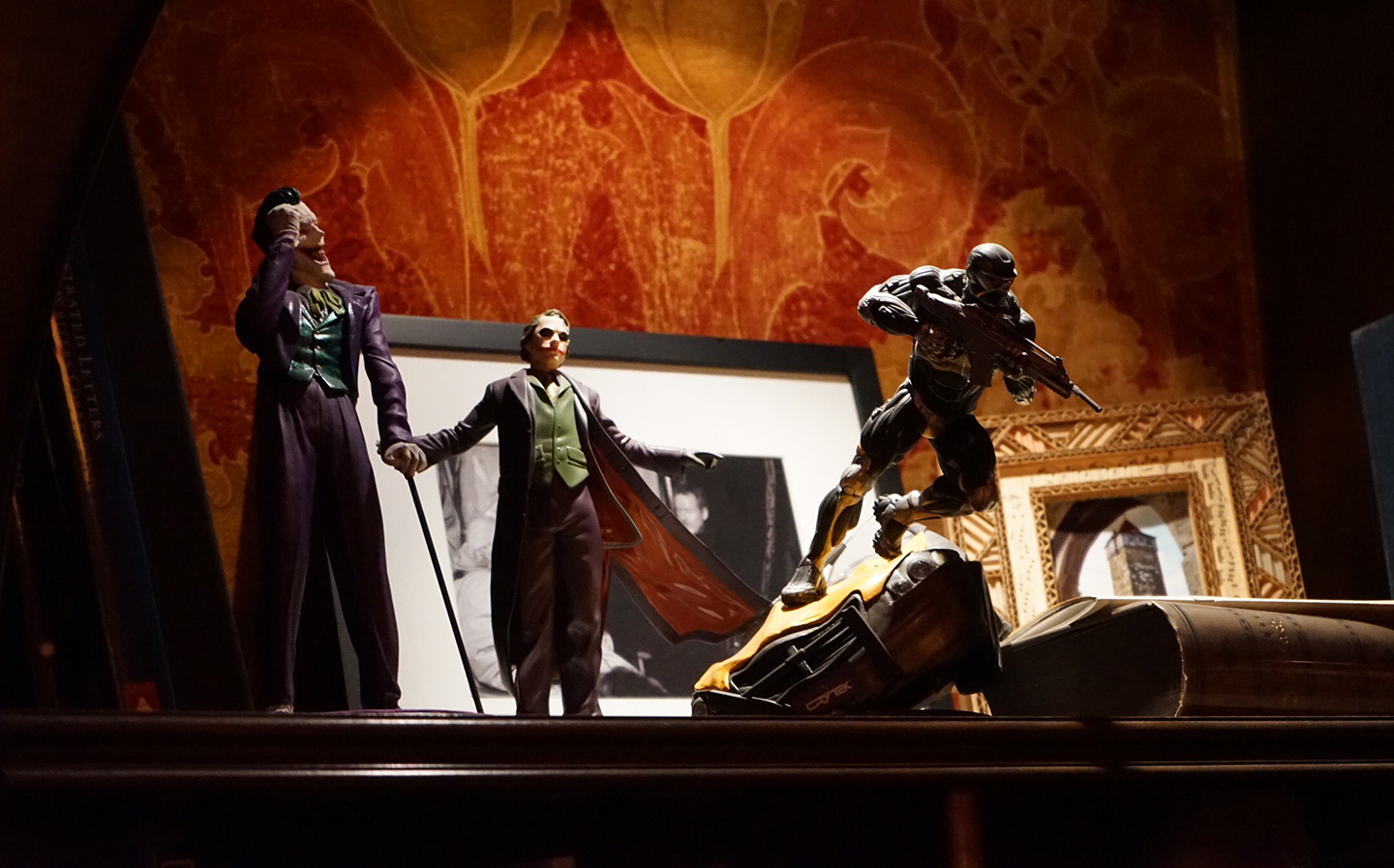 If all of those managed to pass you by perhaps the theme he co-wrote for daytime quiz show Going for Gold, which aired in the UK from 1987 to 1996 might have found its way to your ears? Yes, really.

Future BMW owners may well find themselves immersed in Zimmer’s work during their commutes — the German car maker has recruited the maestro to create a suite of sounds for its electric vehicles. Start-up noises, acceleration tones, deceleration tones, boost sounds … the lot will have come from the mind of Zimmer and BMW Sound Designer Renzo Vitale. Their aim is to design a soundtrack that will personify BMWs for years to come.

While the outside of Zimmer’s studio may be nondescript, the inside is not. Walking along the corridors you’re greeted by huge movie posters — each a film on which the studio has worked — and rooms full of people creating, mixing and tweaking sound for all manner of projects. 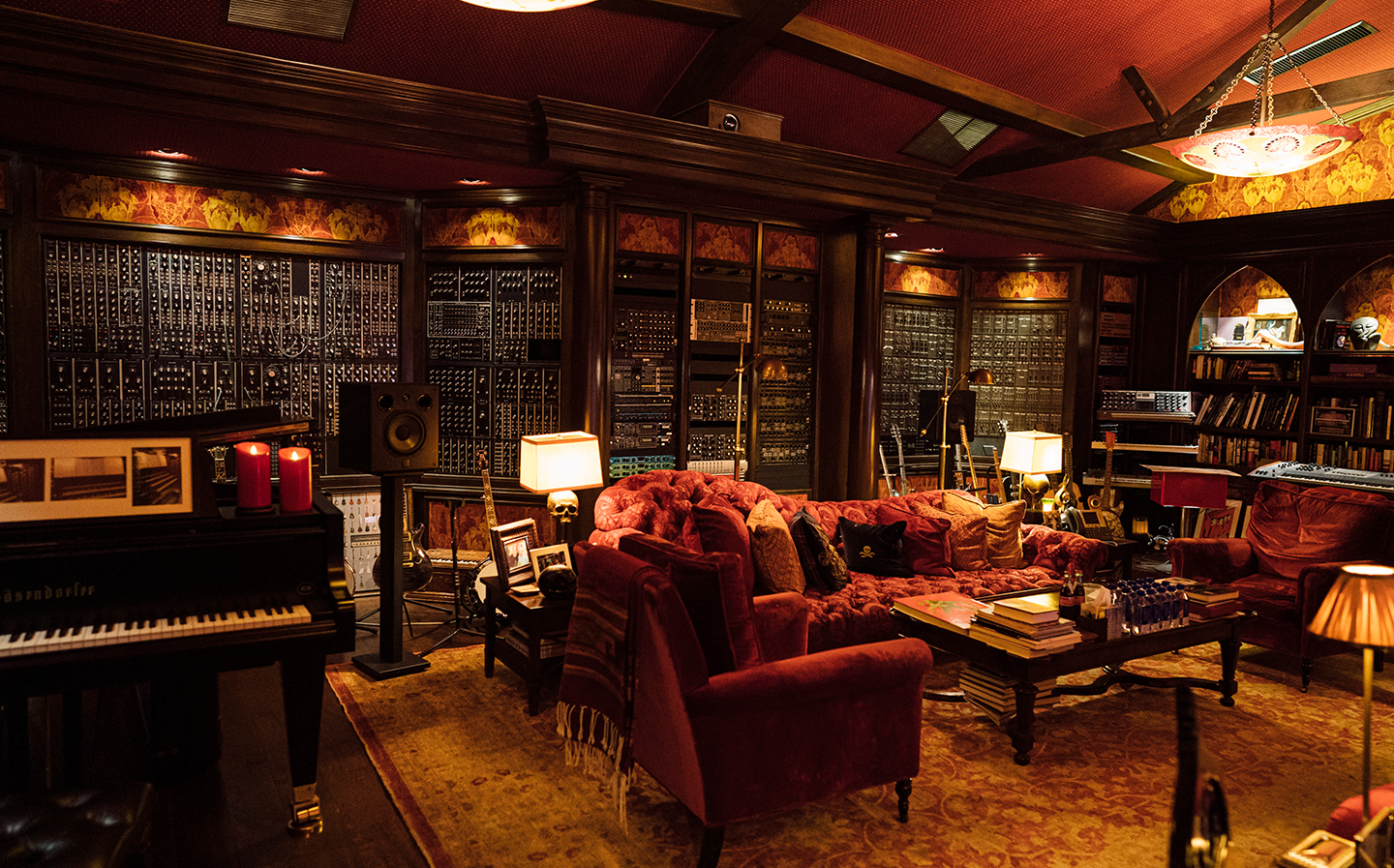 Zimmer’s office is a mix of earthy styles and deep hues in the French country style, with soundboard wall coverings and just a touch of the macabre: elaborate chaises longues velvet armchairs, wood veneers and Persian rugs, candle light and skull lamps. Much of this is movie memorabilia, of course. And, as you’d expect, the place is filled with musical instruments.

“Wouldn’t it be great if the sound that starts your car puts a smile on your face? You’d start your day off a little bit happier”

Given the eclectic setting, we’re not sure what to expect from Zimmer himself, but we’re quickly put at ease. An apparently cheerful and welcoming man, he enters the room with a big grin on his face. “Hello, my name is Hans Zimmer, and I make noise.”

Zimmer and Vitale created sounds for the BMW Vision M NEXT concept car, and will now create the sounds that will characterise BMW’s future electric cars. The pair view this as an opportunity to create something more significant than just an alternative to engine noise. Zimmer knows the power a sound can hold over a person – for him, engine sounds create nostalgia. They connect you with a brand.

“You have to realise that my history is steeped in BMW. Quite simply, when I was a child my family always drove BMWs. I remember every night standing on the balcony listening to the car noises because when mother was coming home I could absolutely identify the sound of her engine, and when I could hear that engine coming up the driveway everything was fine.”

For some, especially the BMW hard core, the sound of a straight six motor is as much a part of the experience as the way it feels to drive. Zimmer knows that his work on BMW’s electric soundtrack is something that has to be done correctly from the off. 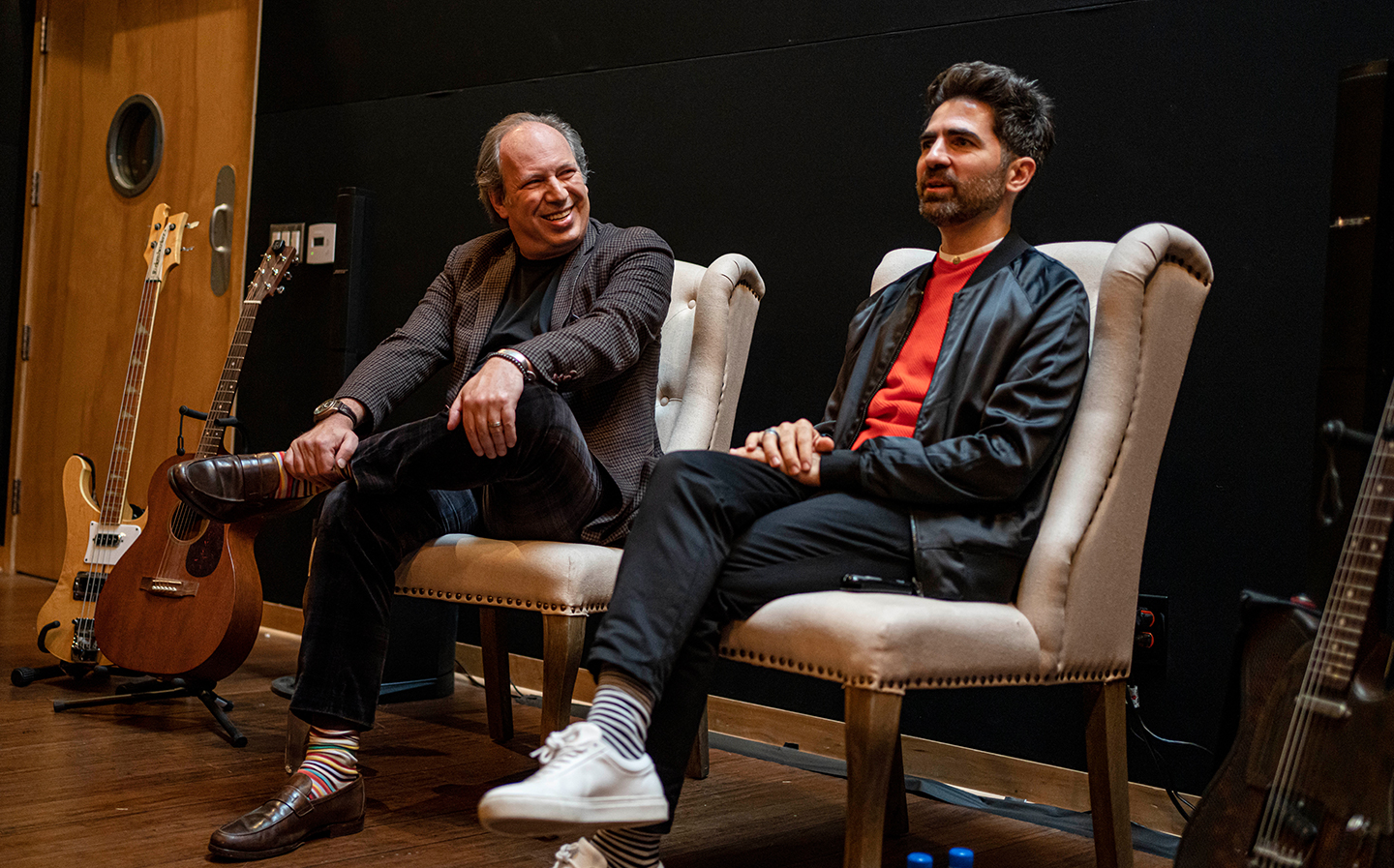 “We now have the opportunity to go and create the most beautiful sonic landscapes in the world. One of the things I love about BMW, other than being a Munich boy, is that it has maintained its DNA, which I think is really vital. It’s not just any old car. No matter how strange the thing looks, you know instantly it’s a BMW. Isn’t that great? People want that sort of car because it enhances their identity. And we can play a little bit within the confines of the language of BMW.”

Sounds add feeling and meaning to objects, says Zimmer. He wants the noises he designs to give owners the same positive associations for others as his mother’s car had for him.

“This time of year in Munich, let me tell you something — it’s miserable early in the morning. It’s grey and it’s cold, you’re going down to the garage and you’re steeling yourself for the experience of opening the car, getting stuck in traffic and going to your job. And I thought: wouldn’t it be great if the sound that would start your car puts a smile on your face? You’d start your day off having something that makes you a little bit happier. I want Renzo and me to be in the happy business.”

To increase motorists’ smiles per hour, the pair took inspiration from the art world, especially how light affects work and how it can change depending on perspective. For the Vision M NEXT’s start up tone an explosion of noise is played to show drivers their journey can begin, when it’s time to end the trip the sound is reversed, bookending the journey neatly.

For acceleration and deceleration, Zimmer turned to the Shepard Tone, an audio illusion he’s used to great effect in many of his movie scores, as well as for the sound of the Batpod in The Dark Knight. It gives the impression of a constant rise or fall, to give the car a seemingly endless aural surge forward.

The team uses voices, guitars, synthesisers, and much more to create an otherworldly, distinctive, futuristic sound to accompany the BMWs of the coming decades.

The way consumers and car manufacturers are looking at the world is changing. The internal combustion engine is on the way out as the main powerplant for our vehicles, whether we like it or not. Zimmer’s task here is to ensure the same emotional connection human and car have had since their inception remains intact, but he’s aware of the changes going on all too well.

“It’s not just getting into your car to go to work anymore,” he tells us. “I want you to be very conscious you’re getting in to the car to go on a journey to have an experience, and at the end of the day what’s that all about? It’s to meet each other and connect in a human way, without ruining the planet — and I think that’s not unimportant right now.

“The other guy I work for is Sir David Attenborough, so to be able to do both you have to be conscious of both and learn from both, and that’s the gig right now.” 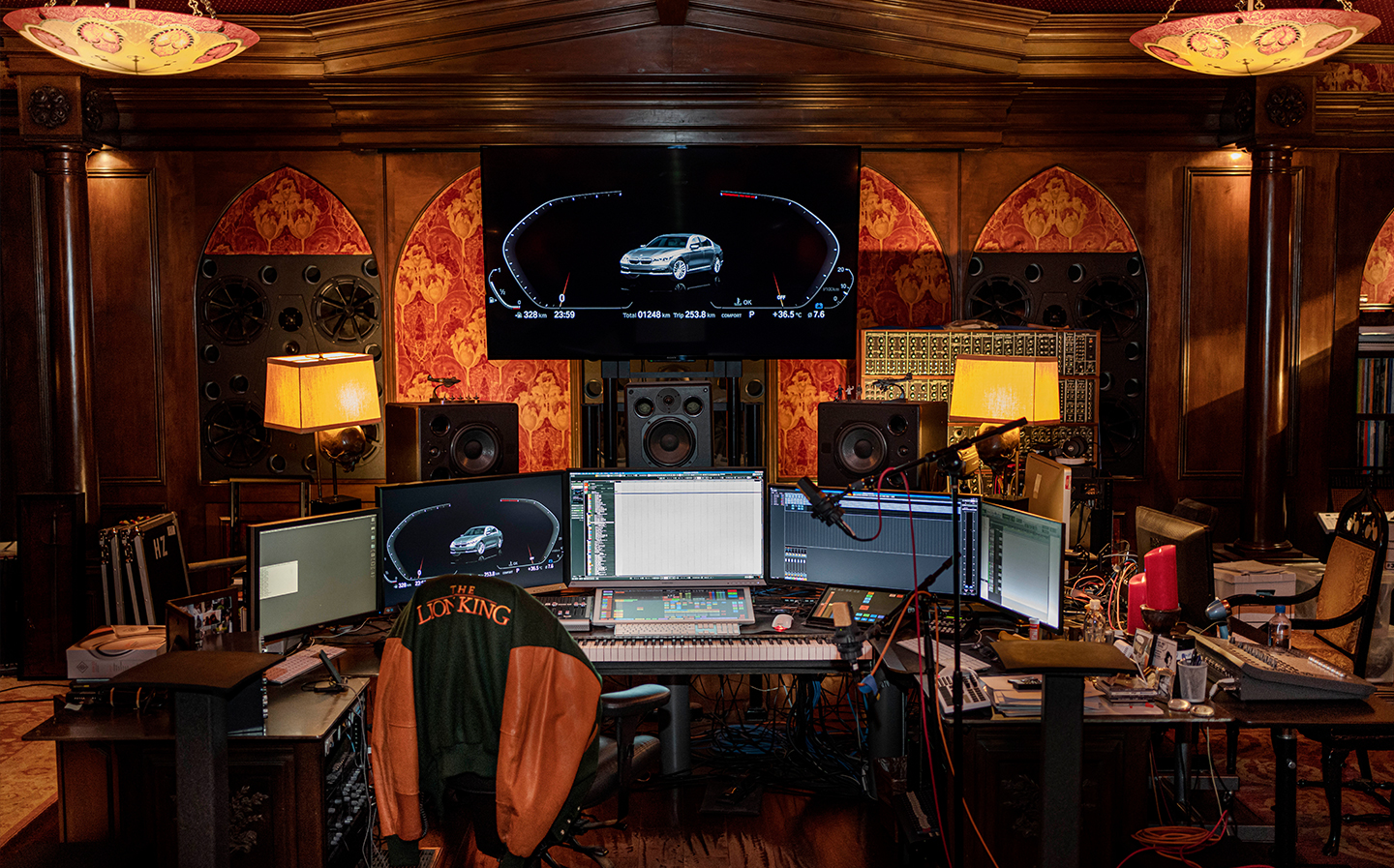 The work Zimmer and Vitale are doing is going to be hitting BMW vehicles from 2020 and will, if the composer achieves his goal, connect BMW customers and their families to their cars — with tangible feelings of joy, happiness and comfort — for years to come.

“We feel we’re at the very beginning of something,” says Zimmer. “We don’t quite know where it’s going and that’s the best part about it. It’s an adventure.”