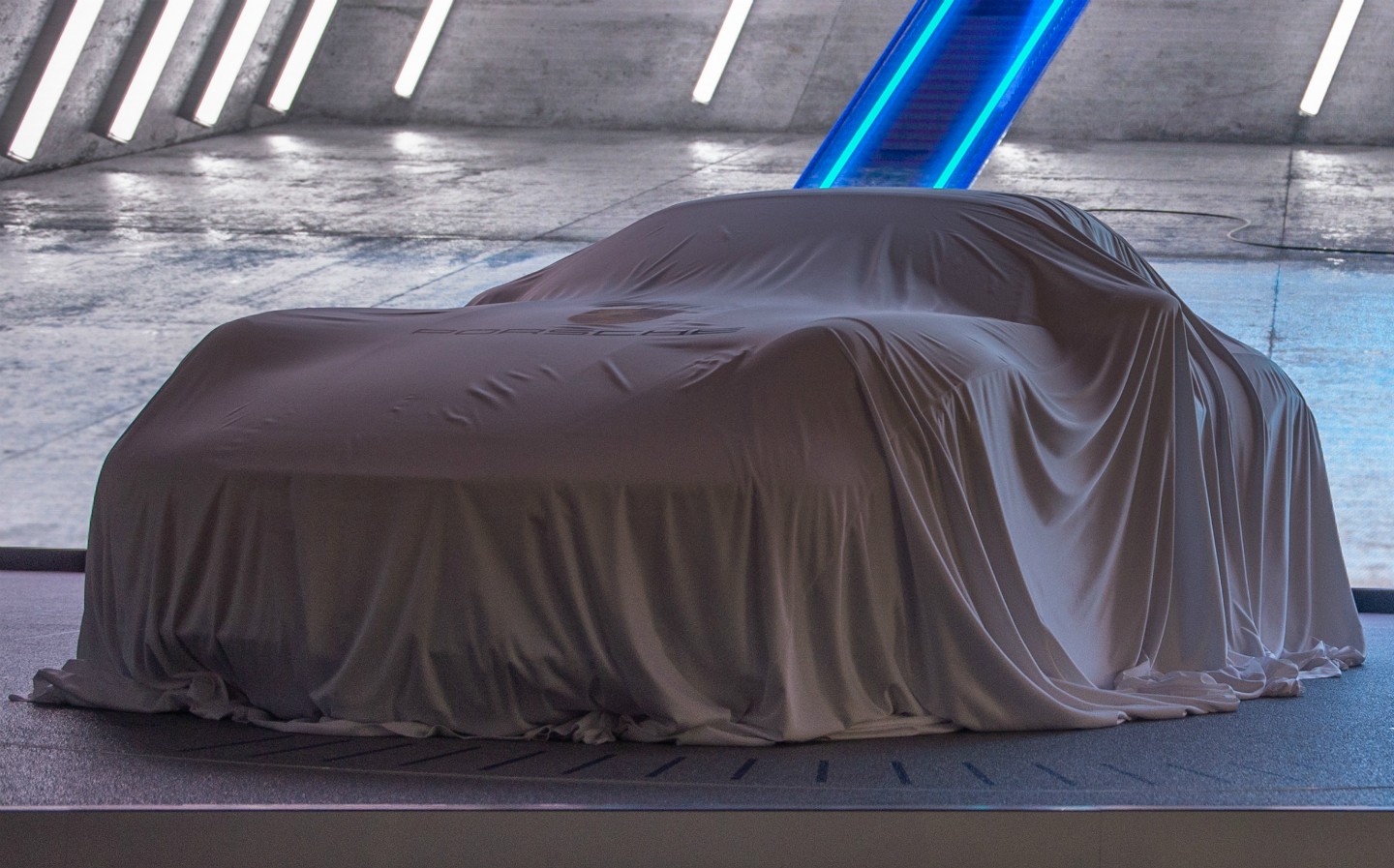 Update: Launch dates were correct at time of publishing, though coronavirus has caused turmoil in the industry and some models may now be delayed.

CAR BUYERS in the UK will be spoilt for choice in 2020 as a huge number of new vehicles arrive in car showrooms.

Not only will there be plenty of new models but they will also include every category, from city cars to large SUVs, and high performance vehicles to eco-machines. With electrification being the name of the game in the car industry, hybrids and pure-electric cars are due in greater quantities than ever.

Of the many new cars arriving in the UK next year, here are the models we reckon are worth getting excited about in 2020. 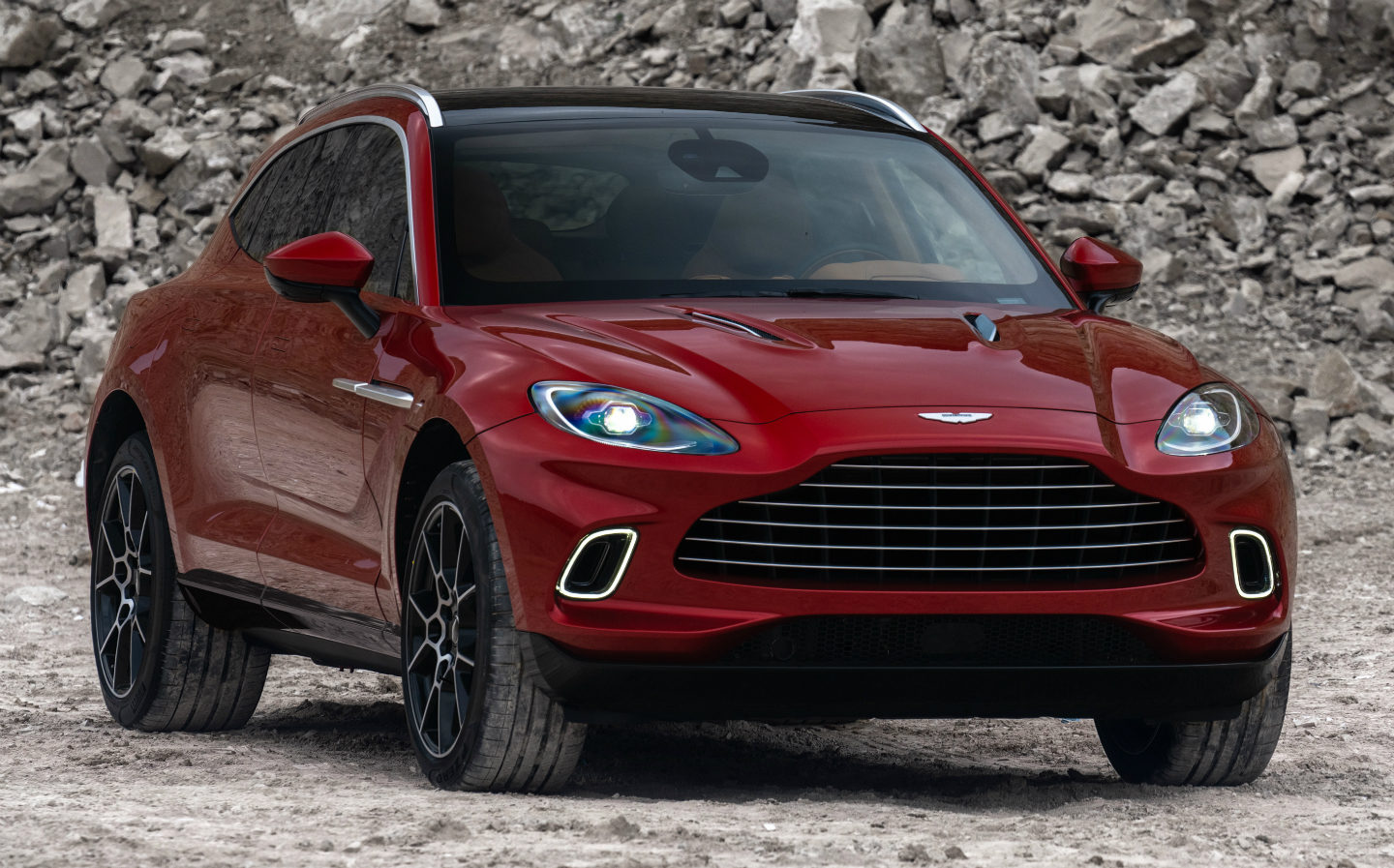 Aston Martin is entering uncharted ground with the new DBX, as it’s the car maker’s first ever SUV (sport utility vehicle). Despite being such a departure from the norm, the car maker says the DBX is a proper Aston at heart, thanks to its 542bhp twin-turbocharged V8 engine (the most powerful V8 in any current production Aston), claimed “sports car levels of grip and handling” and luxuriously-appointed cabin. 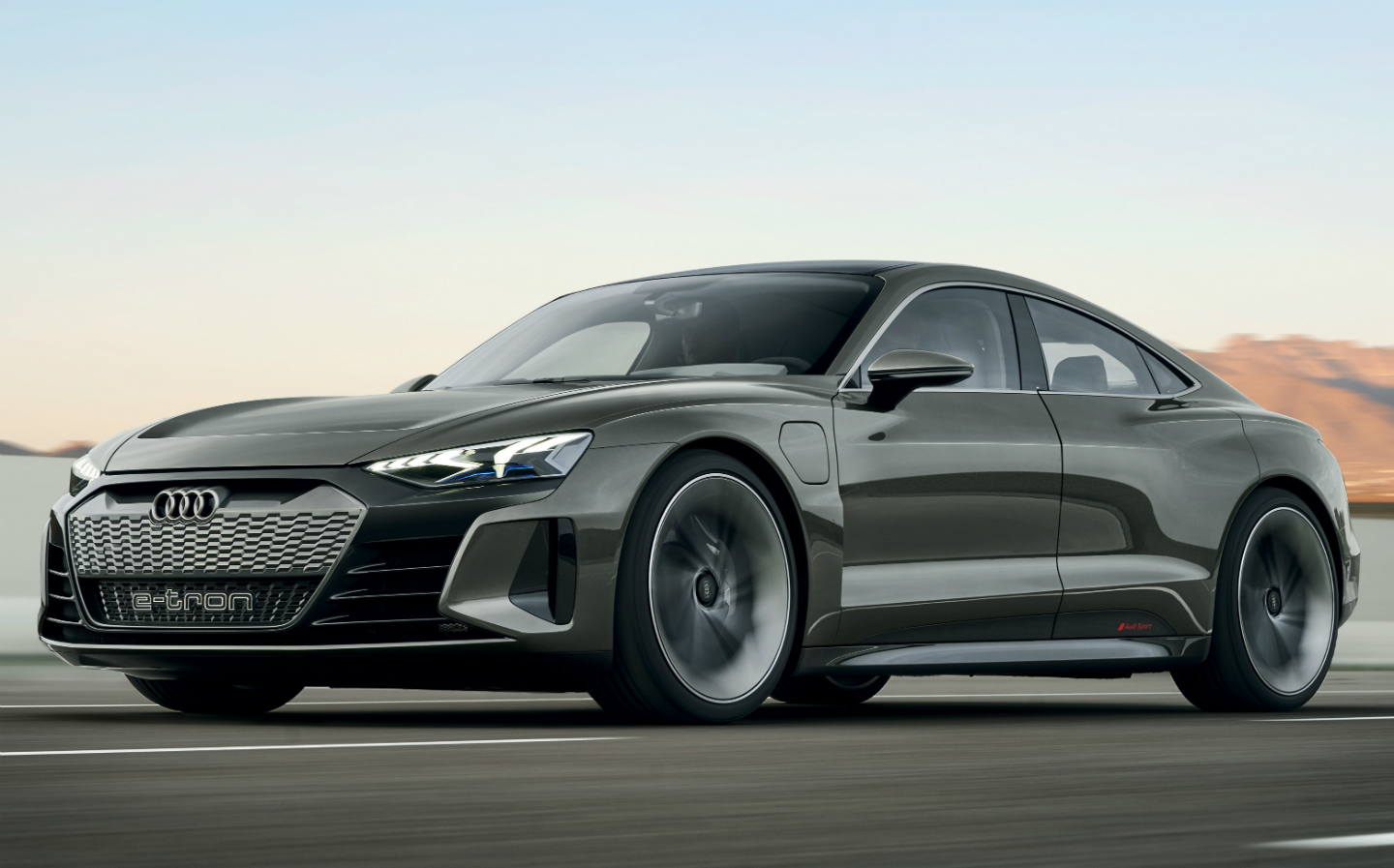 Of the many cars Audi is introducing over the next 12 months, the one we’re looking forward to the most here at Driving.co.uk is the Audi e-tron GT pure-electric sports coupé (concept car pictured). As well as being a far different beast to Audi’s e-tron (plug-in) SUVs, the e-tron GT has some impressive foundations as its pure-electric powertrain is derived from the Porsche Taycan. 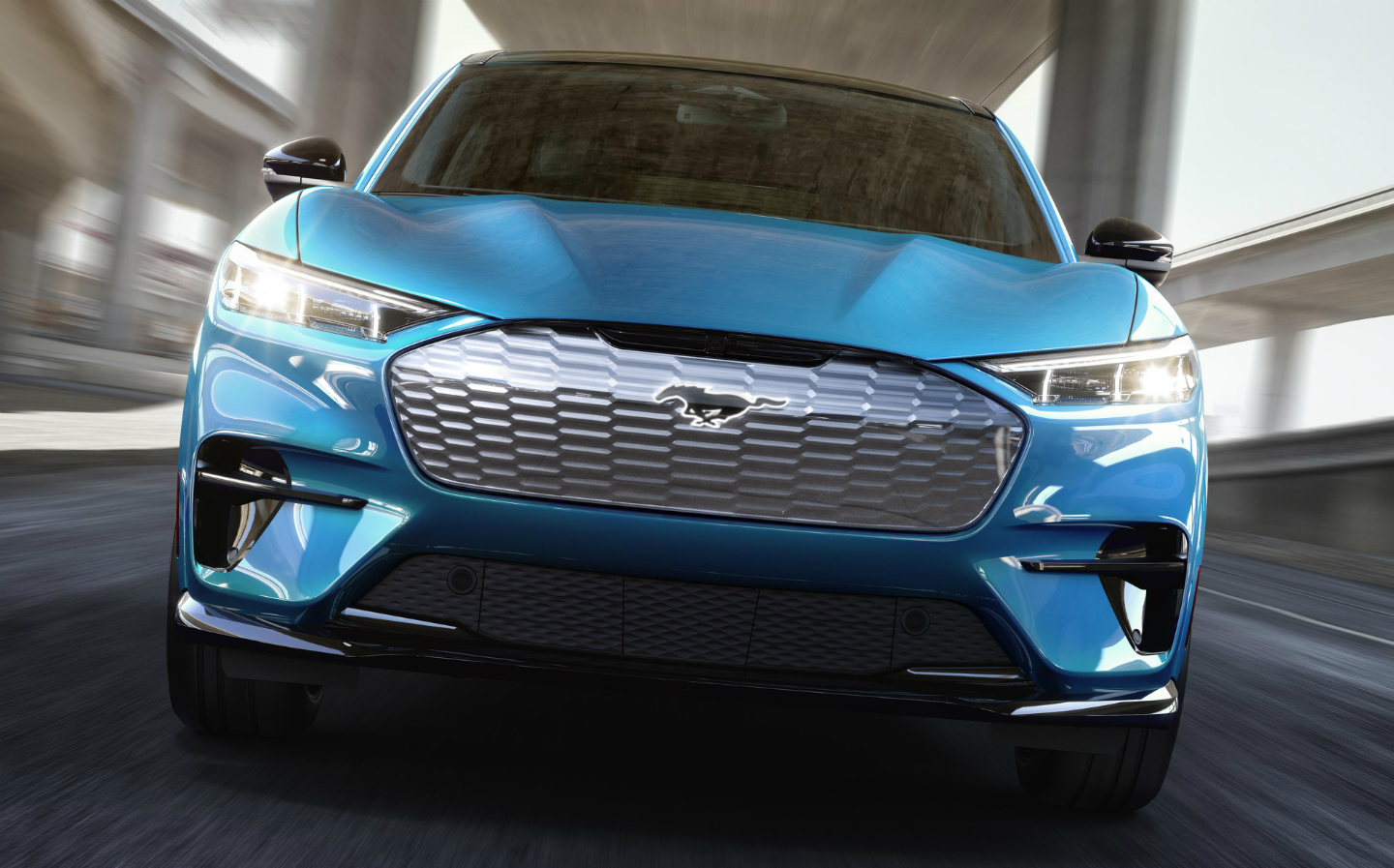 Quite possibly the most divisive motor of 2020 will be the Ford Mustang Mach-E; a pure-electric SUV inspired by the legendary muscle car. While it will likely raise the hackles of many a muscle car enthusiast, the Mach-E will likely be a big hit for the Blue Oval — with an estimated maximum range of around 370 miles between charges, it should have the best range of any pure-electric car on the market right now. It also has a dashboard that owes more than a little to the Tesla, the market disruptor. 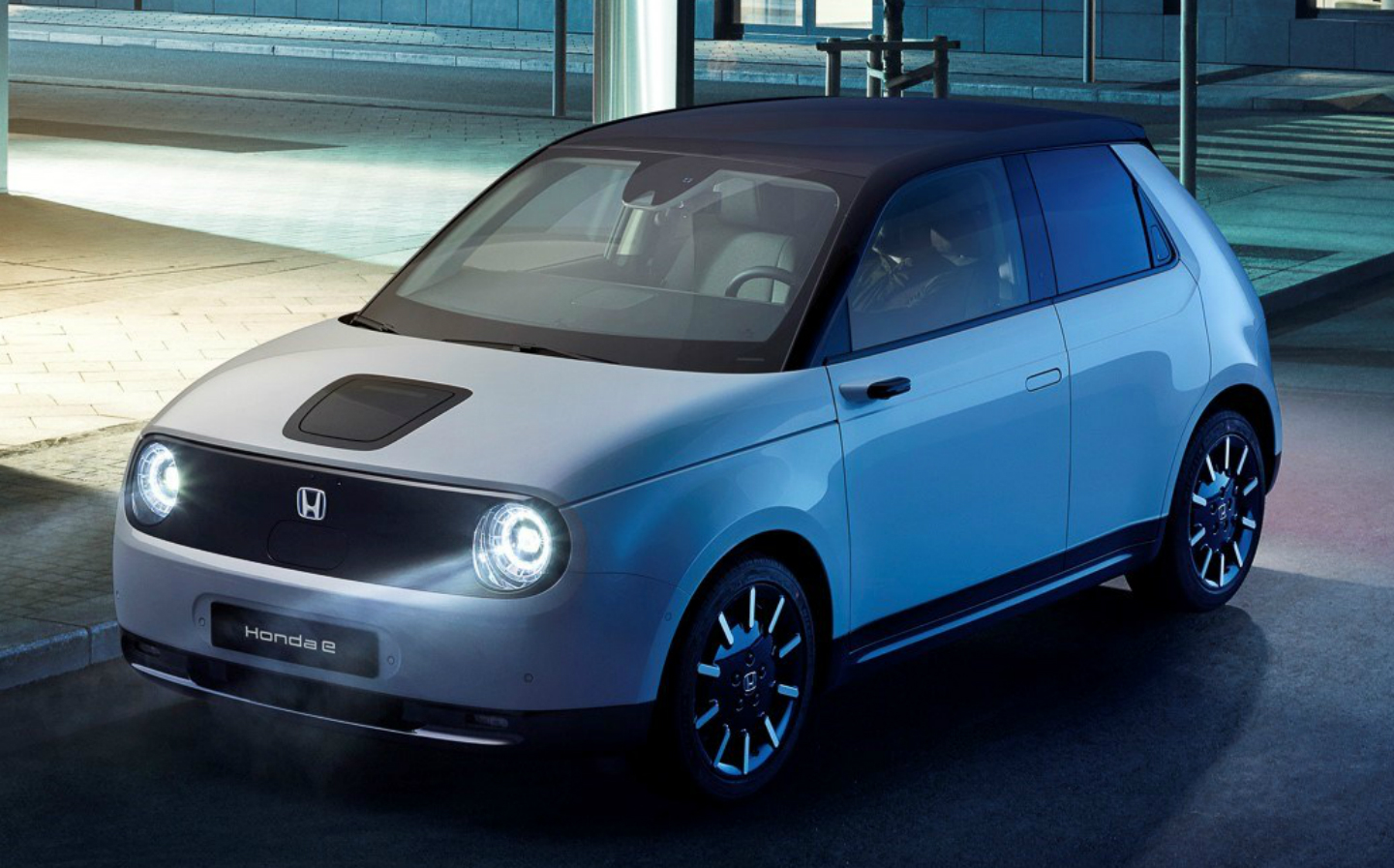 Not every electric car being launched in 2020 is a big SUV: as the Honda e shows, new zero emission superminis will be arriving on UK roads later this year. There’s more to the dinky hatchback than its retro looks and futuristic interior — Honda claims the e excels as an urban commuter car thanks to its tight turning circle, a torquey electric motor that allows the car to nip in and out of traffic, and fast charging times allowing up to 108 miles to be added to the battery in just 30 minutes. On the downside, it doesn’t have the largest range: the 36kWh battery is good for around 136 miles, apparently. 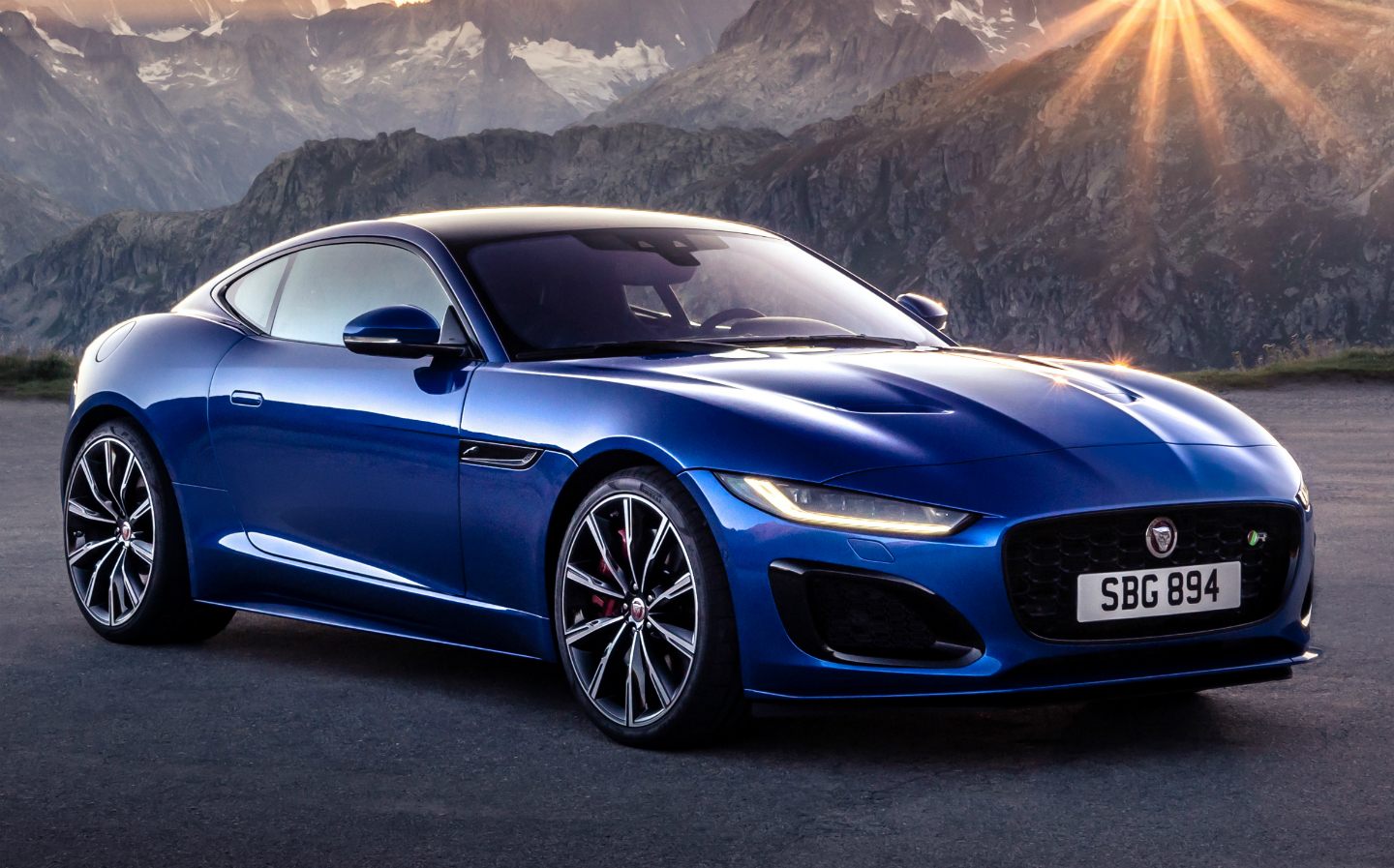 The Jaguar F-Type will be eight years old in 2020, but a comprehensive overhaul for the svelte British sports car means it will feel fresh again. It gets a striking new exterior design, new interior tech and trim, and the range-topping R model will have plenty of performance courtesy of its 5-litre, 567bhp supercharged V8 engine. The only other engine option in the UK is a four-cylinder; the V6 won’t be available in the new model. 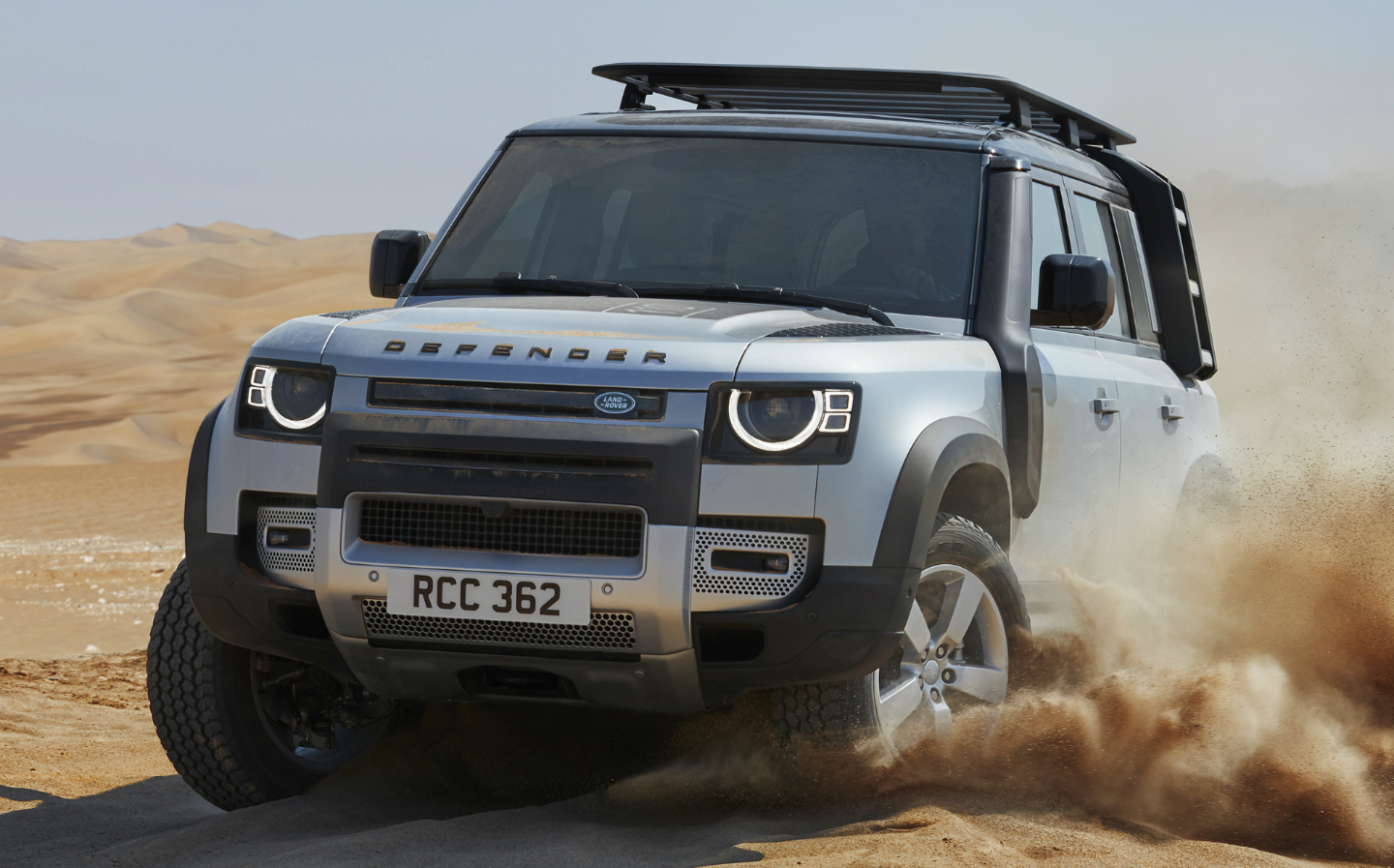 The Land Rover Defender is back in 2020, and it’s a far different beast to the rugged 4×4 it replaces. While Land Rover claims it’s supremely capable as a tough terrain crosser, the new Defender features the sort of creature comforts owners of the old car could only dream of having, such as a touchscreen infotainment system, parking cameras and a 14-speaker premium sound system. You can still wash out the floor of the interior, though, as there’s no sill around the door.

If a more utilitarian Defender is more your thing, Land Rover has said a van-style Commercial variant will join the range by the end of 2020. 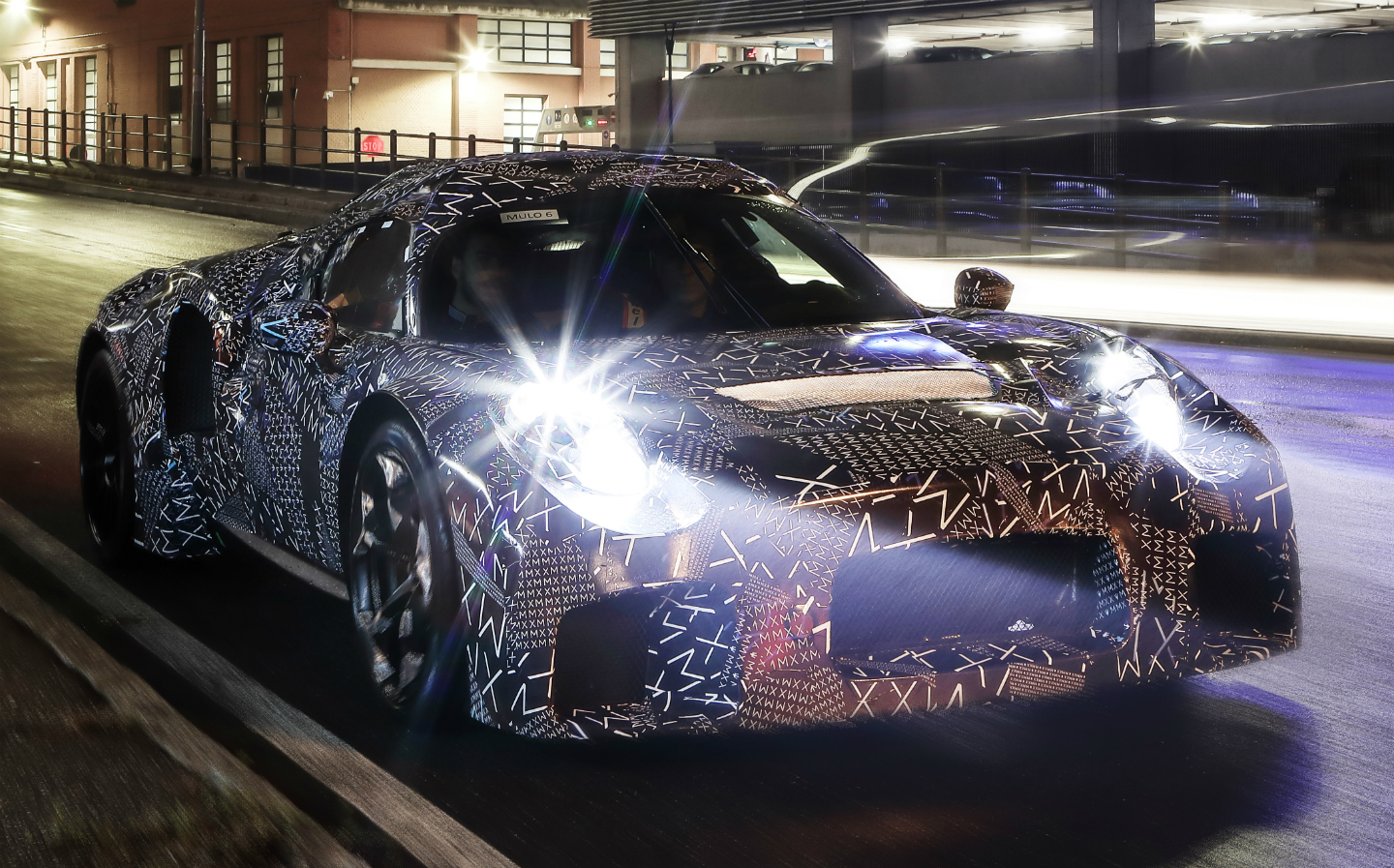 The next chapter in Maserati’s 106 year history will begin in May 2020, when the prestigious brand unveils its long-awaited Alfieri high performance flagship car. Details on the new model are scarce, though we do know it will have petrol and pure-electric powertrain options, and Maserati’s own ‘spy shots’ of a camouflaged development car all-but-confirm the Alfieri will be a mid-engined supercar. 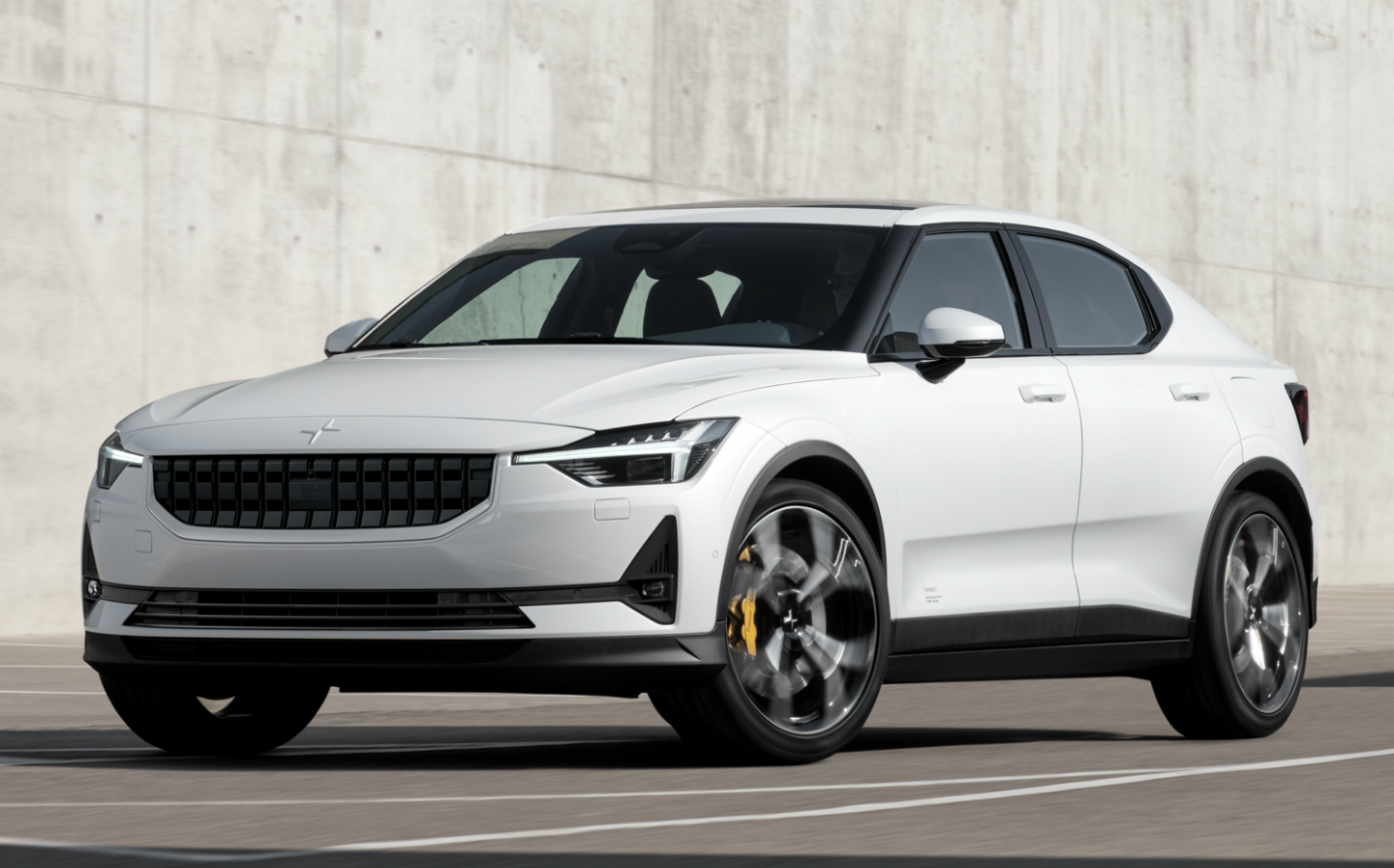 The Tesla Model 3 won’t have the pure-electric executive saloon market to itself next year, as the new Polestar 2 will start arriving on UK roads during the summer. While we’re yet to take the car for a spin, the pure-electric Polestar looks very promising on paper — it’s smartly-styled inside and out, comes with fancy kit like an Android-based infotainment system and has an estimated range of around 310 miles on a charge. 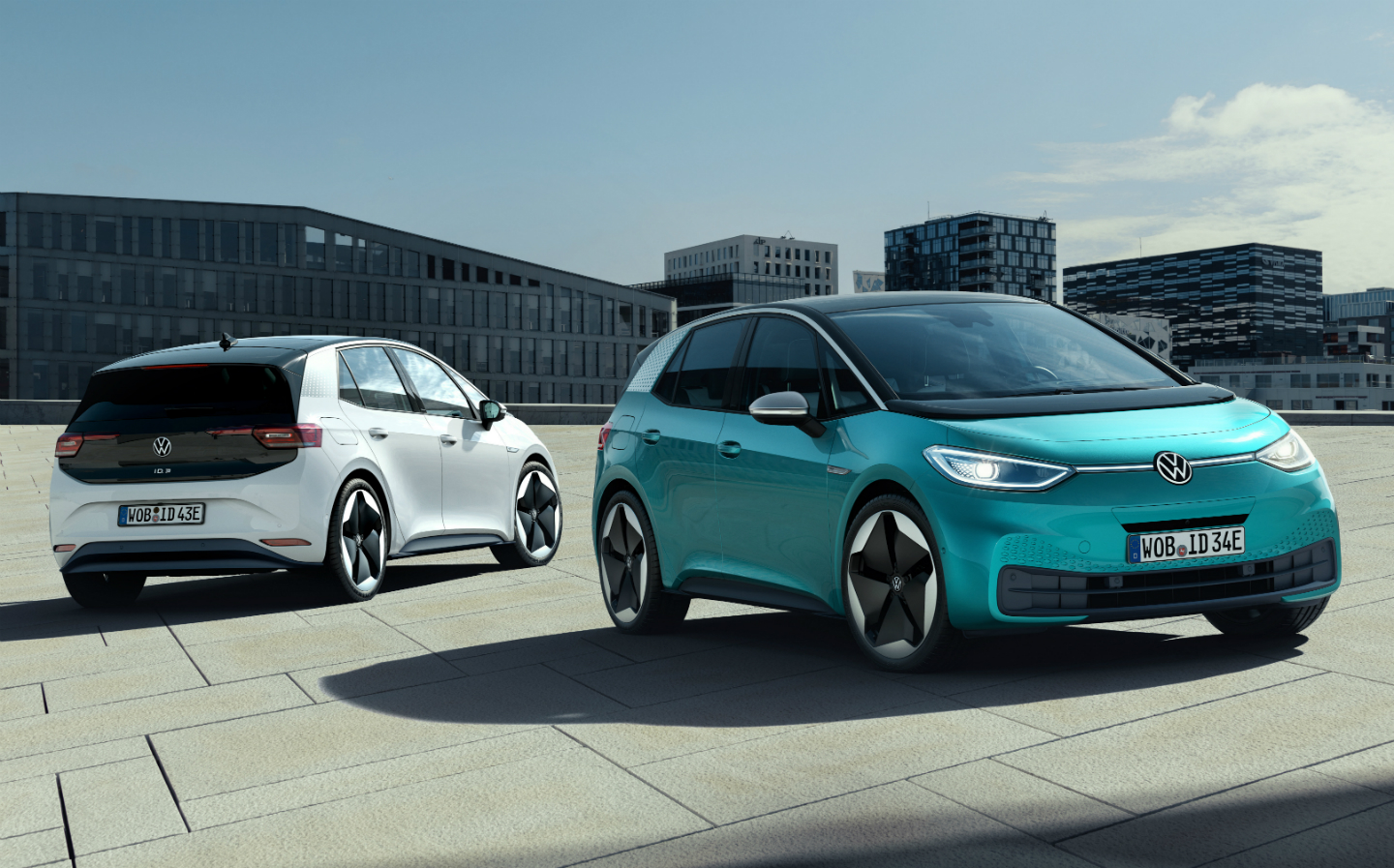 Volkswagen’s new family hatch offerings for 2020 aren’t limited to the new Golf, as the car making giant will also be introducing its pure-electric ID.3. While the Golf will likely be the more popular car, the ID.3 looks like a promising alternative for buyers interested in going electric: VW claims the car “sets new standards” for five-door family hatch practicality, and ID.3’s fitted with the biggest battery pack option can apparently be driven up to 341 miles between charges.

Jeremy Clarkson reveals his best and worst cars of 2019