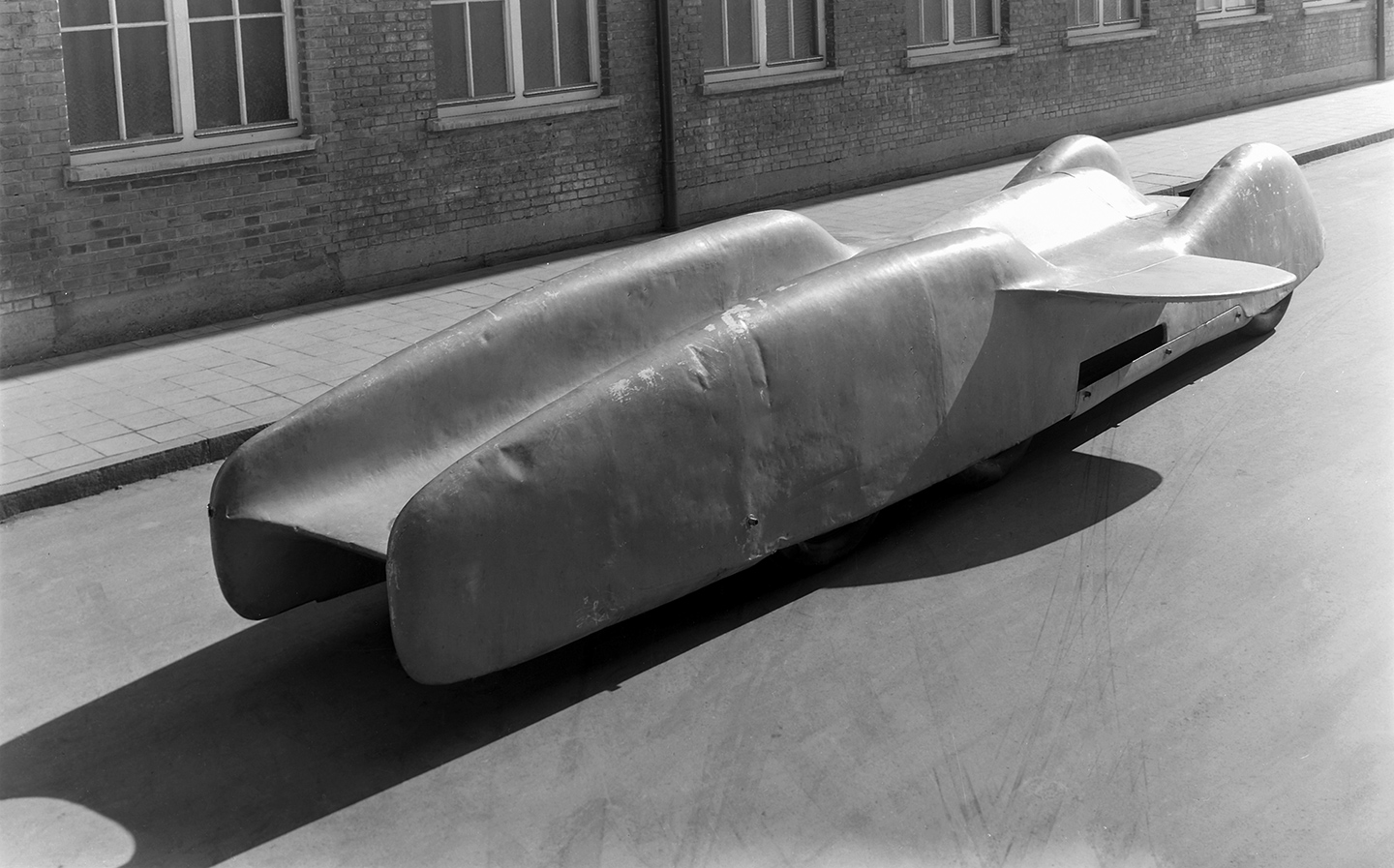 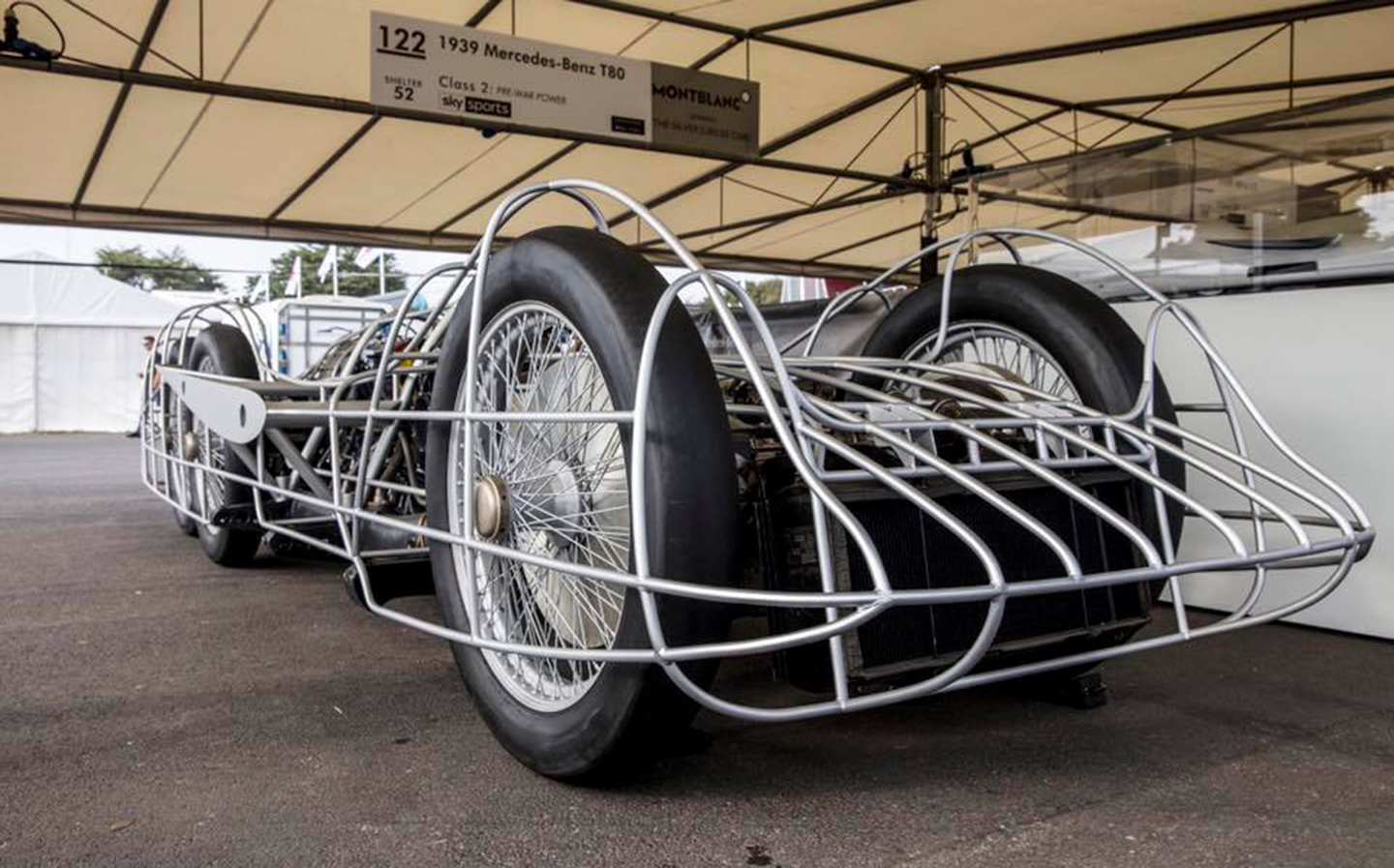 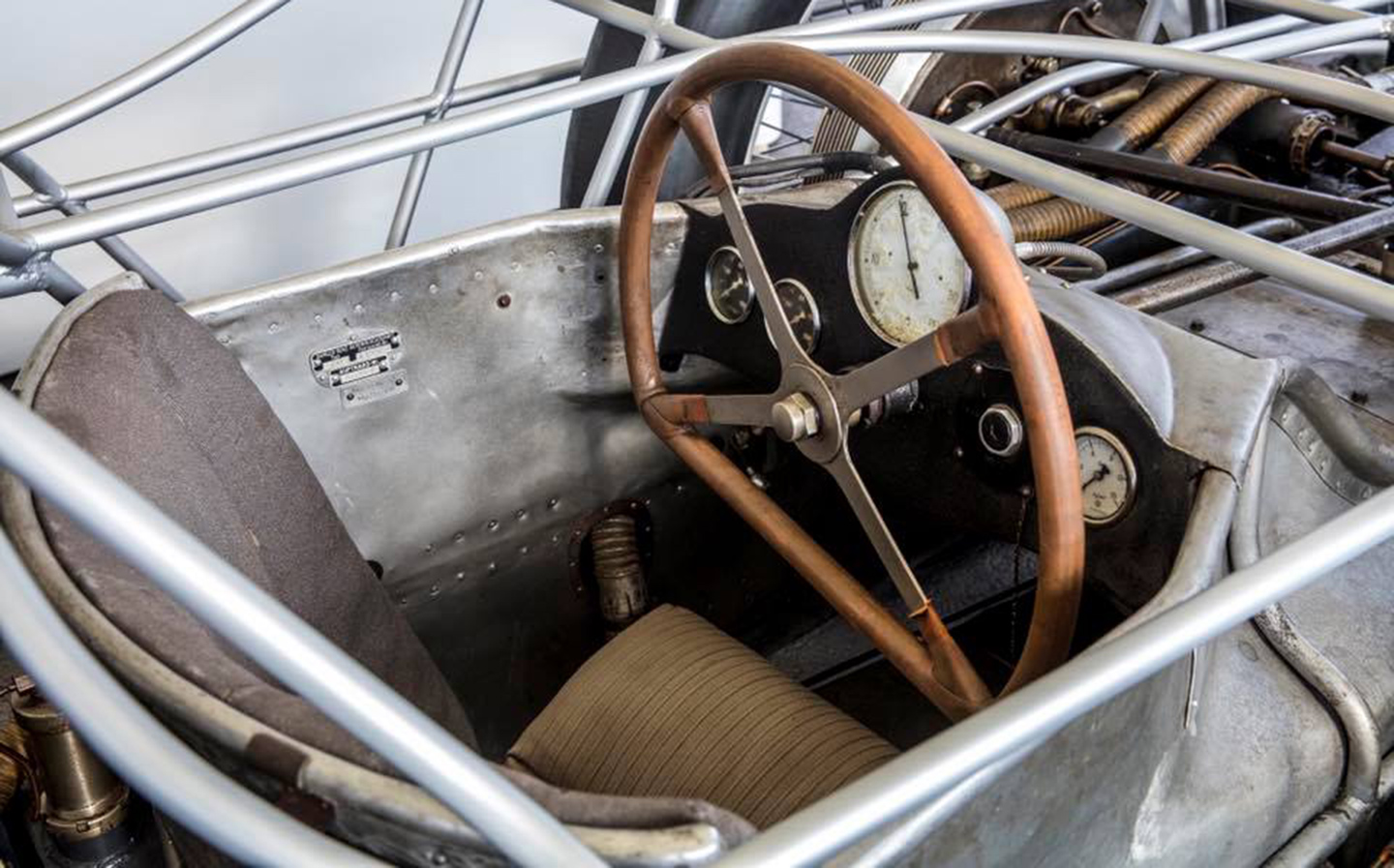 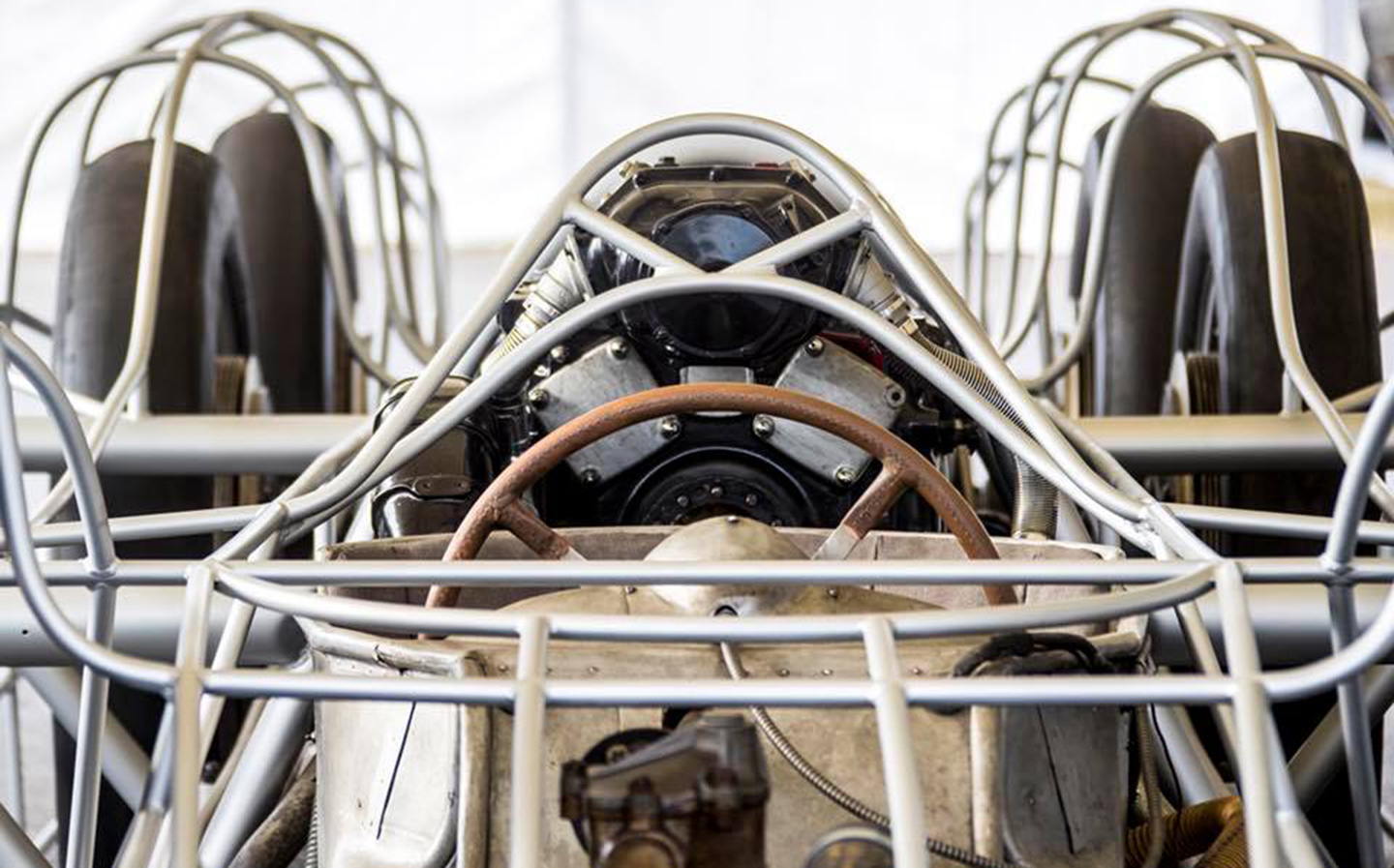 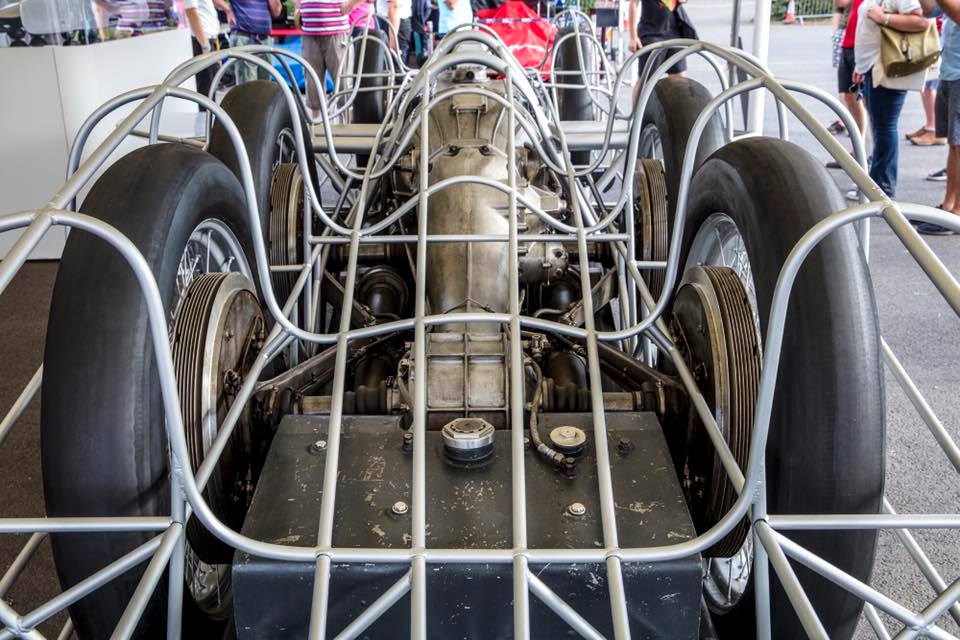 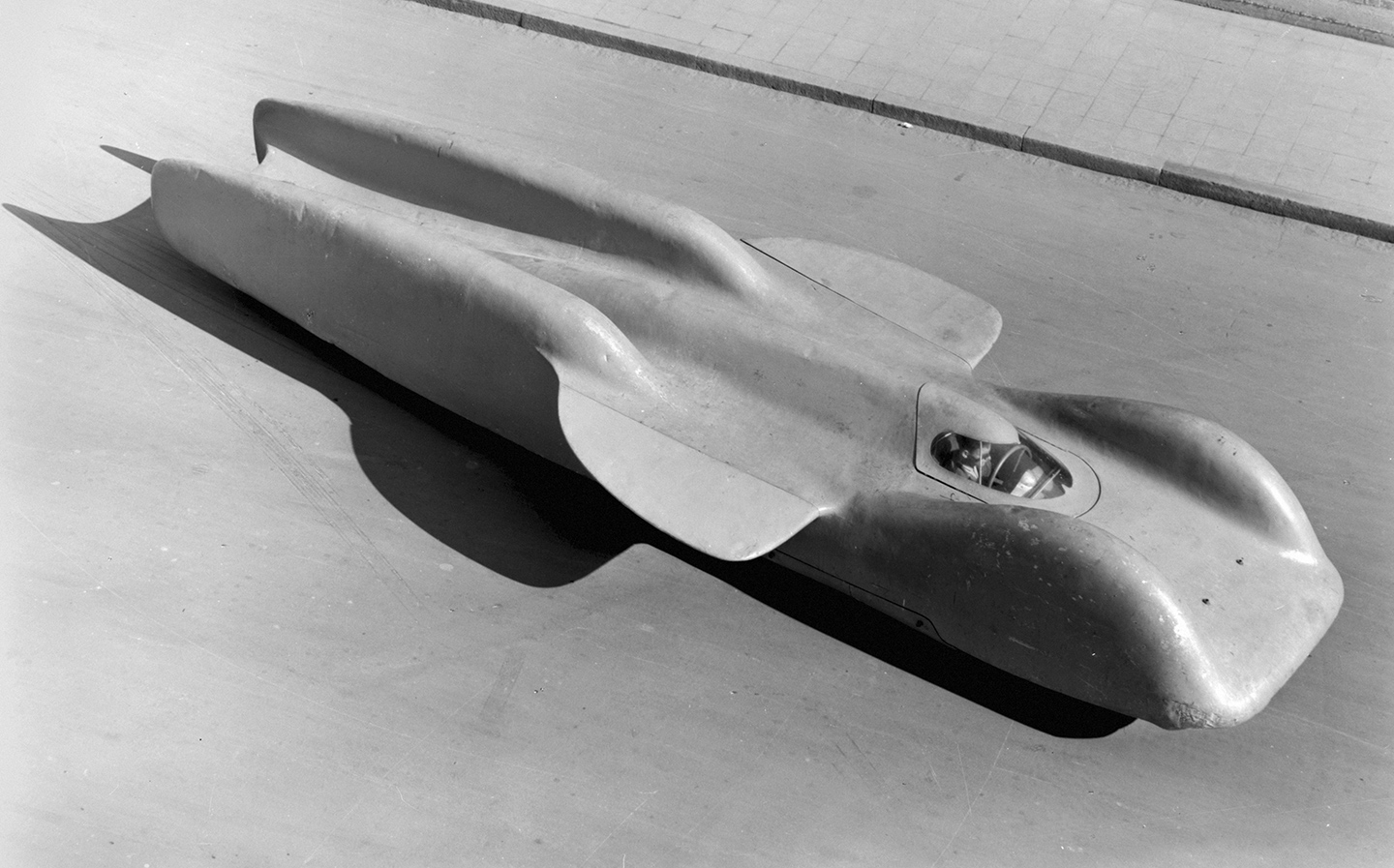 AT LAST weekend’s Goodwood Festival of Speed, Mercedes-Benz showcased what could have been one of the greatest ever land speed record cars: the six-wheeled, 3,500hp, 44.5-litre V12 Messerschmitt-engined T 80, from 1939.

The Mercedes-Benz T 80 represents one of the greatest ‘what if’ moments in land speed record-breaking history. Had the project not been put on hold — due to the outbreak of the Second World War, of course — it’s estimated the vehicle could have reached a speed in excess of 400mph; a speed almost inconceivable in the late 1930s.

The T 80’s run, planned for February 1940, would have beaten the then world land speed record set by British racing driver John Cobb and his Railton Special, in August 1939, with an average speed of 367.91mph.

Mercedes began work on the project in 1936 after racing driver Hans Stuck approached them with the idea, recruiting Ferdinand Porsche to design the car. He aimed for 550kph (341mph) and calculated 2,500 hp would be necessary.

The engine chosen was a DB-601 inverted V12 from a Messerschmitt Bf 109 fighter plane, which Mercedes had modified to a displacement of 44.5 litres and renamed DB 603.

After Cobb’s 1939 record run Porsche revised his target speed to 650kph (404mph), which would require an extra 1,000hp, which the engineers agreed would be possible from the 603 engine.

Complementing the crazy power was what would have been the cutting edge of aerodynamic design during the late 1930s. The 8ft-long bodywork was honed and refined during scale model wind tunnel testing, with even the downforce fins on the side being reduced in size in order to improve the air flow efficiency.

Mercedes insisted on financing its car’s development and testing after the start of WWII, on September 1, 1939, but German war generals realised the potential of the DB 603 and in February 1940 decided the engine could be used in aircraft, and forced Mercedes to hand over its engines for the war effort.

Mercedes continued to part-fund the project for a few months but finally shelved the T 80 in June 1940.

Cobb’s record stood until he bettered it himself, in 1947, with a 394mph average in the Railton Mobil Special.

No vehicle would surpass the 400mph mark until Craig Breedlove’s turbojet-powered Spirit of America was recorded at 407mph in 1963, some 23 years after the Mercedes-Benz T 80 project was wound down.

Amazingly, the T80 survived the war in storage (albeit without the massive V12 engine) but the car’s body and chassis were later separated. In 2006, Mercedes put the car’s streamlined shell on display — with the spaceframe and wheels but without the heavy chassis — in the Mercedes-Benz Museum.

Only in late 2017 did the car maker finally decide to take the T 80’s chassis out of storage, reunite it with a Daimler-Benz 603 cutaway (non-working) engine and fabricate for the car an authentic spaceframe that would support the bodywork.

Despite the amount of effort that’s gone into the T 80 chassis recreation, Mercedes-Benz has no plans to operate the car under its own power – a spokesperson told Driving.co.uk that a working DB 603 as developed for the land speed record car no longer existed and would need to be fabricated from scratch, and budgets weren’t currently allocated for such an endeavour.

Instead, the land speed record project was displayed at Goodwood as a non-driveable display car, with its V12 cutaway allowing visitors to catch a glimpse of the innards of this remarkable car’s equally incredible engine.