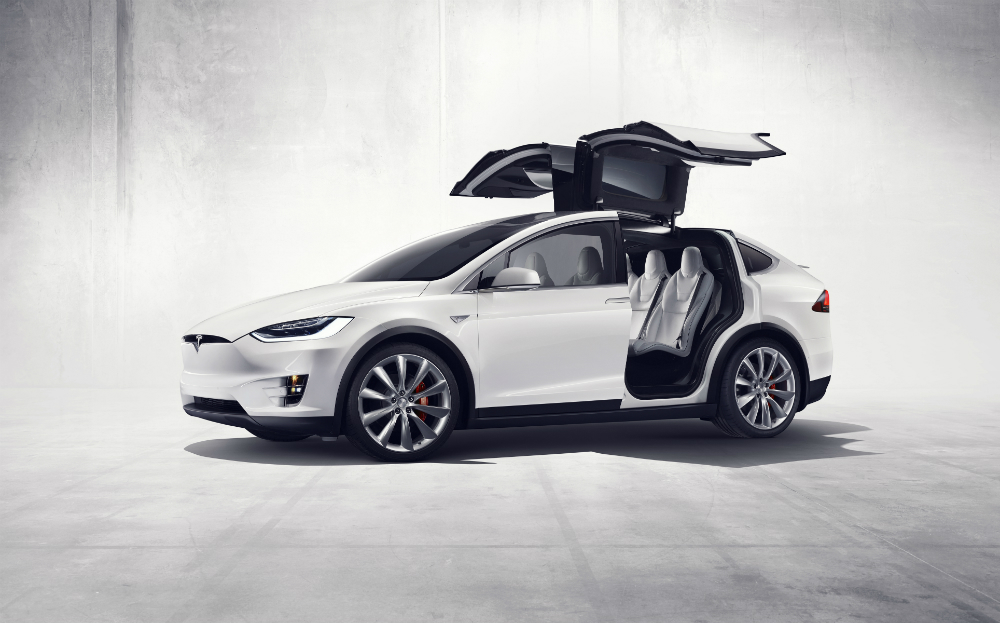 IT’S AN SUV, but not as we know it. Tesla has revealed the showroom version of the Model X. It’s a cross between a seven-seat people carrier and a four-wheel-drive SUV and the first such car to be driven by battery power alone.

The launch of the latest electric from the Californian company formed by the billionaire techpreneur Elon Musk comes as drivers around the world are still in shock over the Volkswagen Dieselgate emissions scandal.

Order books have opened to prospective British buyers of the Model X, which will cost about £50,000, but deliveries of right-hand-drive cars won’t begin until the second half of 2016.

Unlike any other family car, the Model X sports what Tesla calls “falcon wing” doors, a feature that’s cleverly targeted: a generation of today’s mums and dads, perhaps like Musk himself, grew up mesmerised by Harrison Ford’s Millennium Falcon spaceship and the X-wing fighter craft in the Star Wars films. 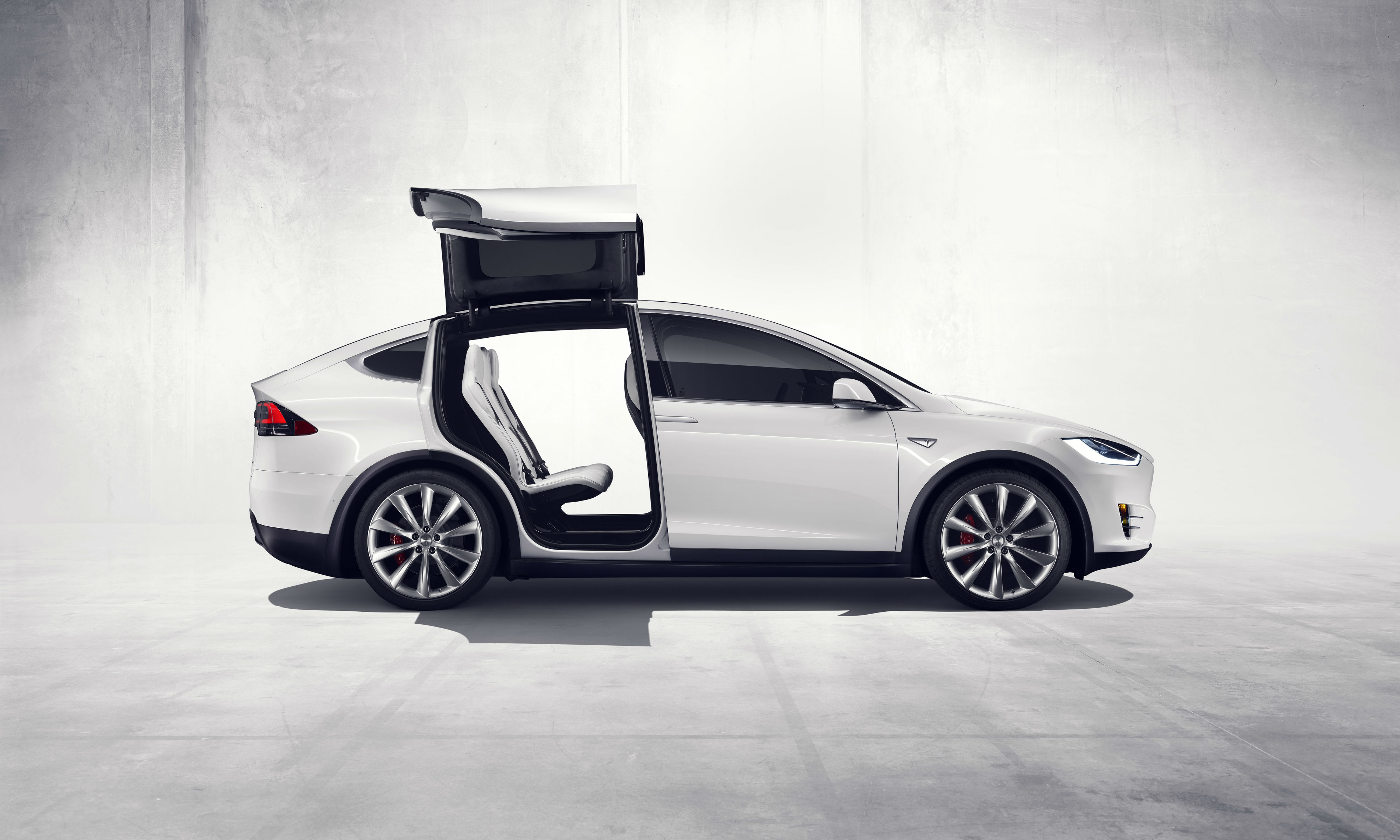 What it means back on planet Earth is that the Model X has back doors that are hinged at the roof, with a second hinge on the door that allows them to open straight upwards. It’s a practical touch that gives good access to the cabin and works in cramped spaces, or so Tesla claims: only a foot of clearance is needed on either side of the car for the doors to be opened — watch a demonstration in the launch video here (skip to 14m 30s).

Another novelty is the ultrasonic sensors in the doors and bumpers that recognise when the driver is walking toward the vehicle and can, if you like, open the front door for you. Take a seat and press the brake pedal and the door closes itself. What could possibly go wrong? 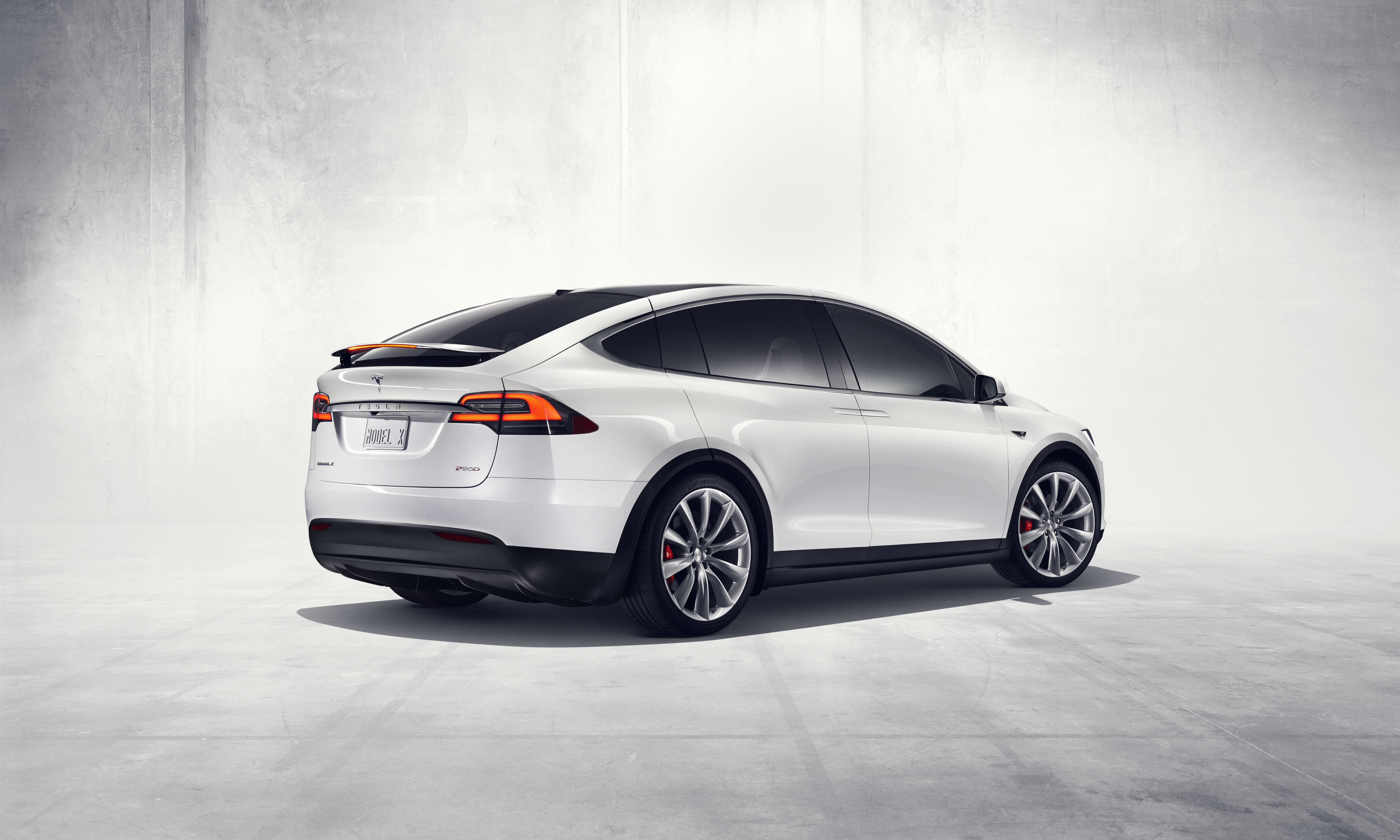 As with the Model S luxury saloon, the Model X has a large, 17in touchscreen through which controls of the car’s functions are controlled. The company has finally bowed to Apple and incorporated an iPhone dock in the centre console.

A panoramic windscreen rises over front passengers’ heads, giving the cabin an airy feel, so the sun visors swivel from the A-pillars at the outer edges of the windscreen. There are seven individual seats, and the middle row’s chairs are mounted on “monoposts” that Tesla designed to free up as much floor space as possible and help improve storage. This technical challenge is said to have had engineers cursing children and their endless paraphernalia. Another practical touch is the compartment beneath the bonnet of the car, which is large enough to hold a pushchair.

The battery pack and electric motors allow a flat floor and low centre of gravity. Tesla claims this makes its Model X more stable than any other SUV on the road, and the bodywork cuts through the air more efficiently than many 4x4s, which have the aerodynamics of a garden shed. 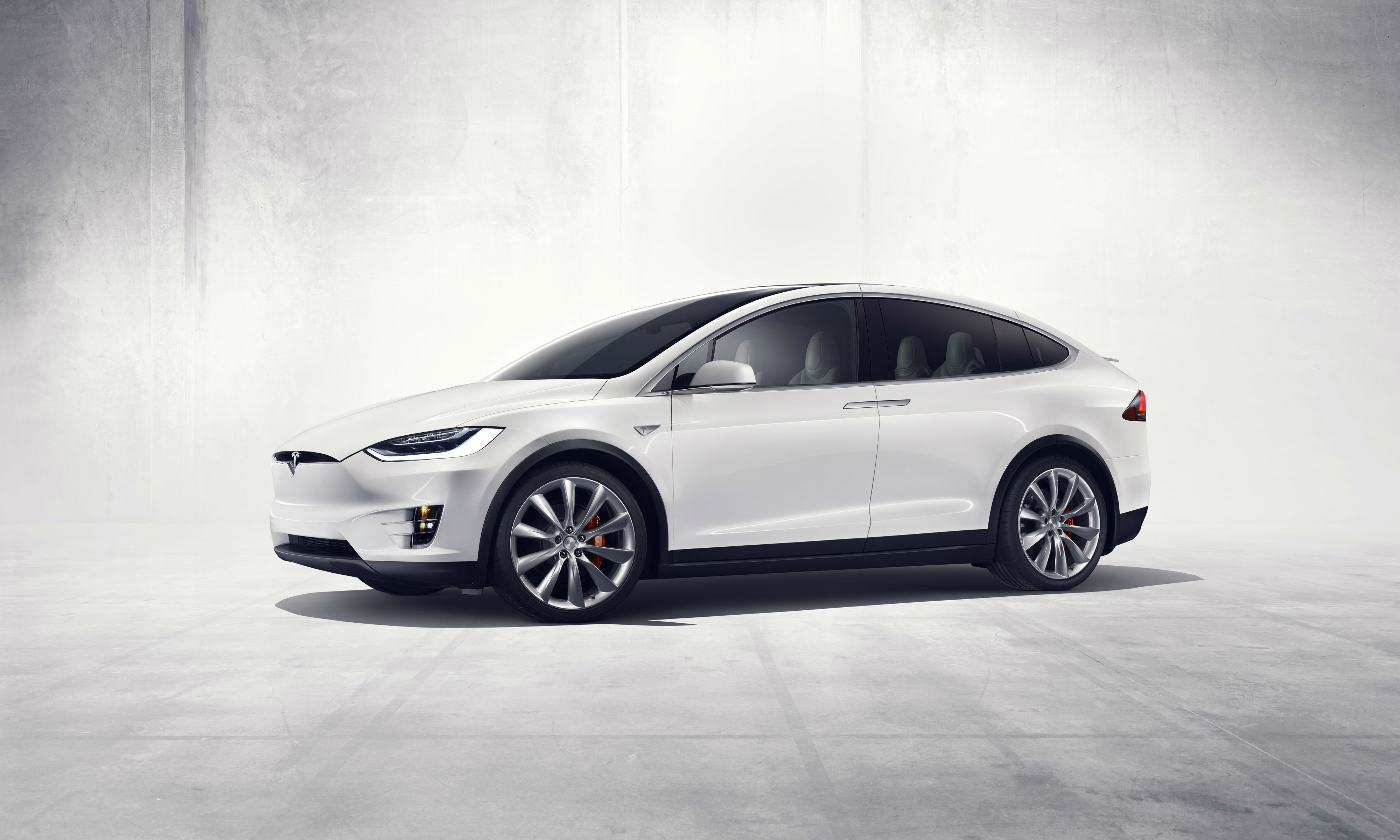 A range of battery packs will be offered over time, but for now Tesla has announced details of only the flagship Model X P90D – the designation a reference to the 90kWh battery and dual motors. Tesla claims it has a range of 250 miles, although not if the maximum performance – which is highly impressive – is fully exploited. Top speed is 155mph and it can accelerate from zero to 60mph in 3.8 seconds, or 3.2 seconds if buyers choose the “Ludicrous” – yes, really – performance version. All this despite zero exhaust emissions.

So, there’s nothing nasty coming out of the back of the new Model X, but a final twist is that there shouldn’t be anything nasty entering its cabin either. A high-efficiency particulate air filter is said to clean the air taken in to the same standard as in a hospital operating theatre.