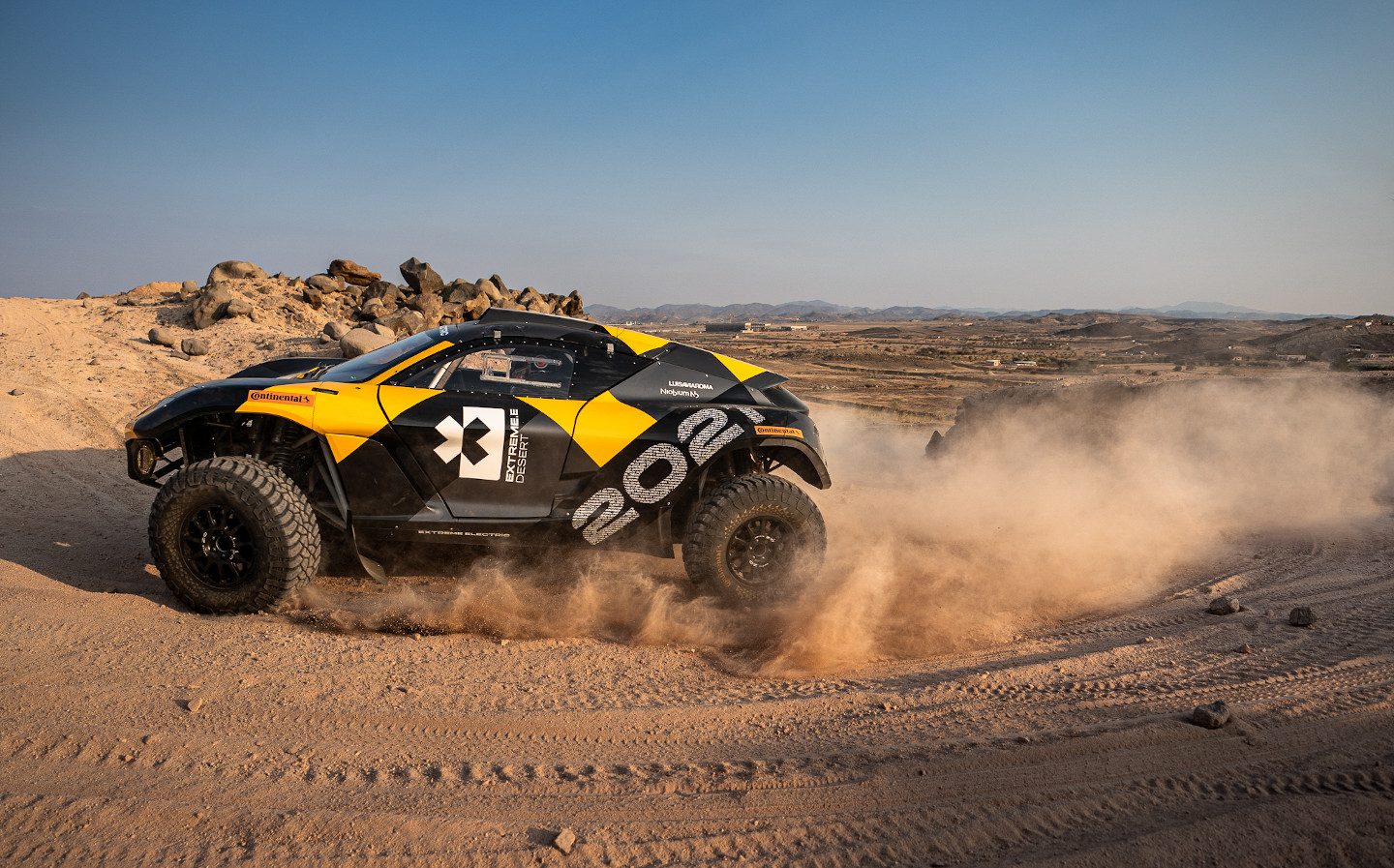 EXTREME E, a forthcoming pure-electric off-road racing series, has announced a first-of-its-kind racing format that will see each team’s driver pairing comprise one male and one female racer.

According to Extreme E’s creator Alejandro Agag, who was also behind the Formula E electric single-seater series, each driver will get behind the wheel for one of the two laps at each round of the series, which is scheduled to commence in January 2021. The changeover will be part of the race format, comparable to a pit stop at the Le Mans 24 Hours.

“What we’re trying to achieve is basically having more women in motor sport,” Agag told Driving.co.uk via video interview from his home in London. “It’s a very simple objective but it has been very difficult over the years. Motor sport hasn’t really succeeded until now — and there have been many attempts — to really have a more gender-balanced sport. It’s mostly men in motor sport. We think we have an opportunity to change that.”

Races will be composed of two laps, each between 5km and 7km (3.1 and 5.3 miles) in distance. During each lap, the vehicle must pass five checkpoints. The two team-mates will act as driver and co-driver, and teams can decide which of the pairing will get behind the wheel first.

Stops are necessary in other motor sports — Formula One being the obvious example, with cars required to change tyres at least once during a race. Although it is a necessary intermission, it often adds drama — slip-ups by pit crew members, over-eager drivers and a number of other variables mean that time spent in the pit lane can make or break title campaigns. Though no longer allowed, in the past F1 drivers have been able to swap cars mid-race, and in endurance racing there are driver changes through the races, which sometimes last 24 hours. Until 2018, Formula E drivers were forced to do so as their cars’ batteries didn’t have enough juice to reach the finish line in one go. However, driver and co-driver switching seats mid-race is a new idea.

In Extreme E, the two team-mates will have to sprint around their car and strap into the other seat before they start the last lap. It might not be as technical as replacing parts of the car, but it still provides an extra element of unpredictability — and the chance of injury when exiting a vehicle mid-race. However, Agag says safety is a prime concern.

Agag admitted that he is anticipating a small backlash for a format that could come across as both “ultra-woke” and a sexing-up tactic. “We get motivated by that,” he says. “We got so much of that when we started Formula E, that it became a mode of motivation. We know that what we are doing is the right thing. Once you are really sure what you are doing is the right thing, you don’t care so much about the critics. There will be some critics, but I think it won’t be too bad.”

However, the format is already gaining plaudits. Michèle Mouton, President of the FIA Women in Motorsport Commission said: “This is a great opportunity for women and men to team up, compete together and against each other with the same material. Alejandro and his team continue to really support gender equality in our sport with concrete actions that help highlight the ability of female racers and give them a chance.

“It will be interesting to see the team line-ups as they are announced and I look forward to following season one when it starts early next year.”

Katherine Legge, a member of Extreme E’s driver programme, said: “Hearing the format was like waking up on Christmas morning. It is a giant step in the right direction for motor sport as a whole. I have been looking forward to something like this my entire racing career!

The championship is already raising eyebrows thanks to an environmental ethos. The first series is set to see races in five locations across the globe ravaged by climate change, in order to bring attention to the scientifically-proven negative effects of humanity on the planet. Desertification, rising sea levels, plastic pollution and more are set to be highlighted, with documentary films to be created at each round alongside the racing.

Of course, Extreme E is scheduled to arrive soon after another unprecedented threat to life: the Covid-19 coronavirus.

“Extreme E can help raise awareness against climate change. That’s the big, big challenge of the future. We cannot forget about climate change, focused on our economic crises, and say we will take care of climate change in 10 years. Because then it will be too late. We need to make the right decision.

“Even with gender equality, I think it’s the right decision for the future. These are things that we believe in, and we think Extreme E can play a role. Probably a small role — we are not going to change the world with Extreme E — but if there are a lot of Extreme Es out there, we can really make a change in the right direction.”

Through its legacy programme, Agag hopes that Extreme E can leave a positive impact on every location that it goes to. A scientific committee was appointed last week, with the intention of not only advising the sport, but carrying out research and collaborating with other scientists in far-flung parts of the world.

For its visit to the Amazon rainforest, for example, the sport is working with The Nature Conservancy to reforest areas of the Amazon, as well as support local farmers so that they can become both environmentally and financially sustainable.

Aiming to minimise its carbon footprint as much as possible (and offset what it does produce), the sport will travel between locations via boat. Or rather, ship — the RMS St. Helena, a gigantic cargo liner that is claimed to have been extensively modified to run as cleanly as possible.

With the first race edging closer and closer, we’re getting a fuller picture of what the participating team lineup will be. Andretti Motorsport recently became the sixth team to join the roster, bringing another big name in motor racing to the table, and Agag told Driving.co.uk a seventh team has been signed, with an eighth (and for this season, final) in talks. Agag reckons the teams will be set in stone by the end of May.

The grid was originally intended to comprise 12 teams but Agag said the coronavirus pandemic has disrupted his plans, along with the rest of the sporting community’s, forcing a reduction. Agag said he is aiming for the full 12 teams from season two onwards.

Aside from being practical for a socially distanced near-future (there will be no spectators at Extreme E races), Agag evidently sees the Extreme E as a sport for the long term.

“We’re focusing on three things: obviously electric vehicles; the environment, so on climate change and showcasing what’s going on in those places; and now we have this third direction, which is very important, which is gender equality. So we’re very well positioned for the future.”

Extreme E is slated to be broadcast on the BBC from January 2021.