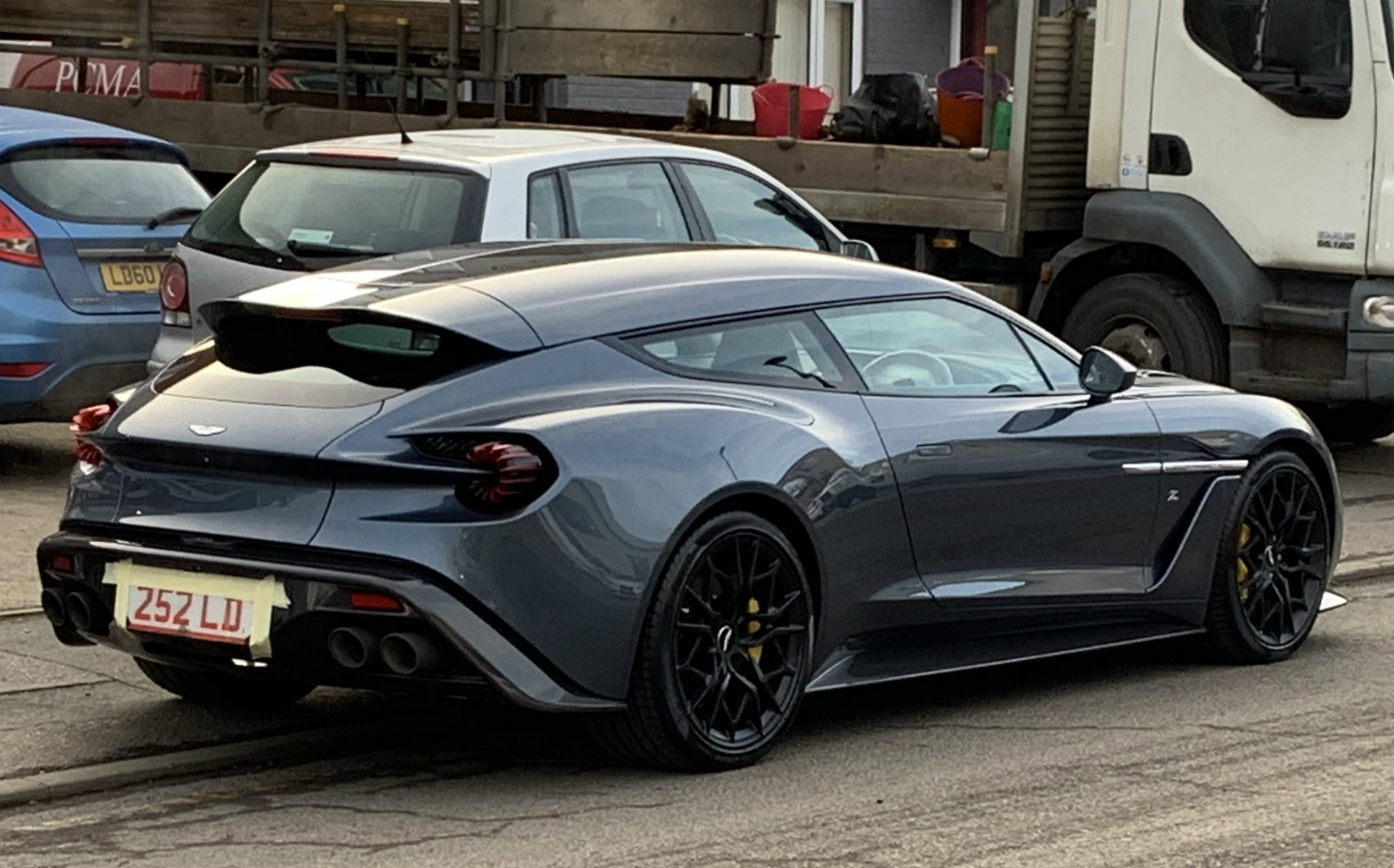 The extended roofline version of the Aston Martin Vanquish Zagato that wowed guests at the Villa d’Este car concours show in May 2016, the Vanquish Zagato Shooting Brake will likely be a very rare sight on UK roads. Aston Martin will only make 99 examples, and all of them have already found homes.

Spotted by Twitter user @Timbob_23, this particular car is one of the first UK-registered customer Vanquish Shooting Brakes to be seen out in the open (though lightly-camouflaged prototypes have been snapped in public since at least August 2018).

@JohnatSuperBike Just seen this stunning Aston Martin Zagato Vanquish shooting brake (bit of a mouthful lol) parked outside where I work! (Lyon Road John, where your SuperBike mag used to be based) pic.twitter.com/9WmDpUd75u

According to a social media post by the legendary Aston Martin dealership HWM, of Walton-on-Thames, the Shooting Brake was “waiting for collection” on January 17 (yesterday). We doubt it was hanging around for long.

Though Aston Martin won’t be selling any more Vanquish Shooting Brakes, it will be making more Zagato models. To mark Zagato’s centenary in 2019, Aston Martin will build two commemorative series of cars: a “DBS GT Zagato” based on the DBS Superleggera, and a track-only DB4 GT Zagato that’s a faithful recreation of the original vehicle from 1960.

As well as being limited to 19 examples each, the DBS and DB4 Zagatos will also only be sold together in pairs, as part of a £6m plus taxes “DBZ Centenary Collection”.