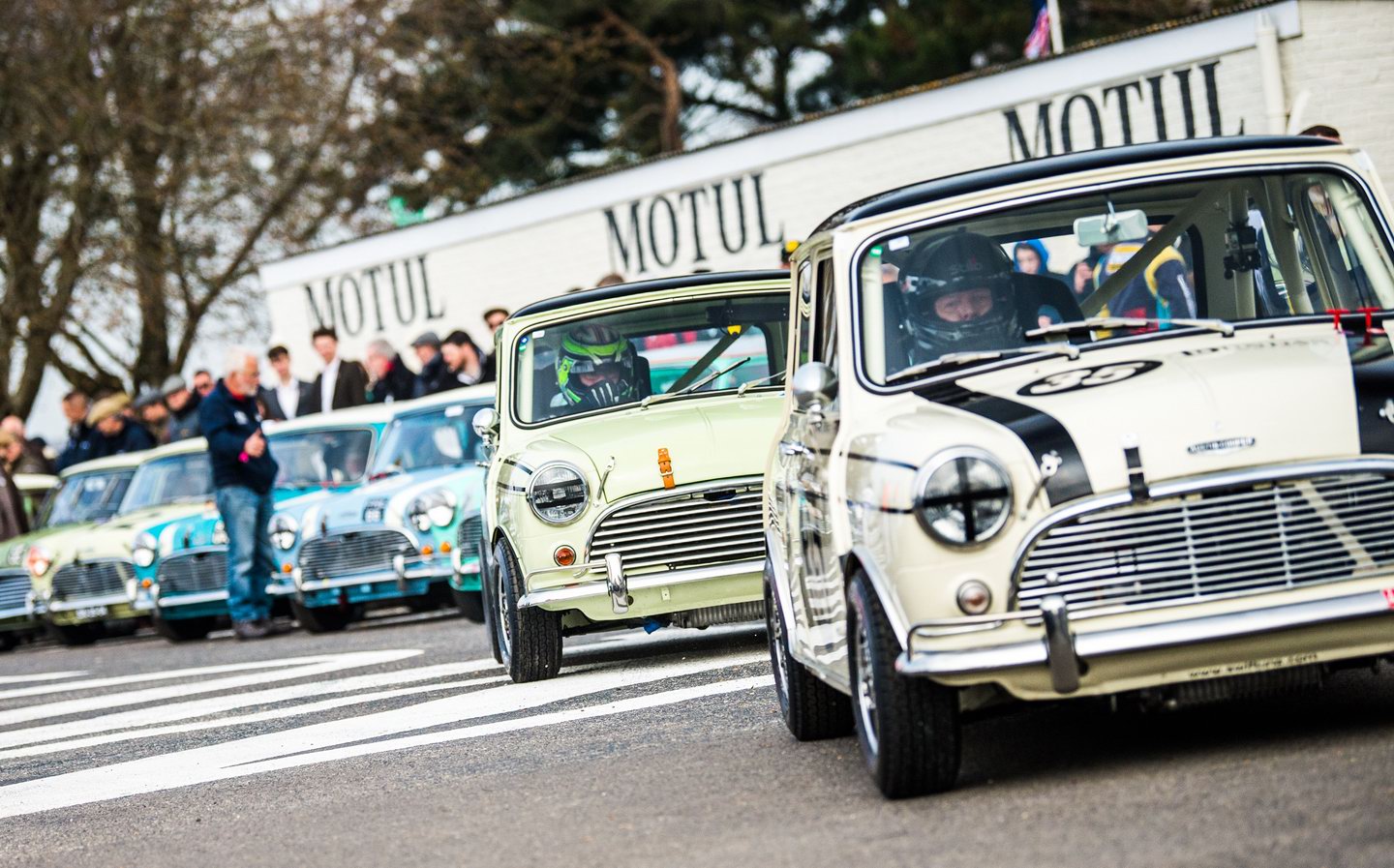 THE GOODWOOD Revival is returning to the Duke of Richmond’s West Sussex racing circuit from September 17-19, 2021.

The event, which combines classic car and motorcycle racing with 1950s and 1960s period dress, will see everything from multi-million-pound Ferraris and Aston Martins battling it out to a new race that will see 30 pugnacious little Minis being hurled around the track in the hands of some famous names.

One well-known face expected to be seen at the Revival this year is Jenson Button, who will be racing in the Stirling Moss Memorial Trophy on Friday.

A number of other famous names are also on the cards.

Other than racing, what are the Goodwood Revival highlights?

Attendees could probably experience a perfectly enjoyable weekend at the Goodwood Revival without even setting eyes on a racing car.

There are a huge number of side events taking place, most of them “over the road”, across the bridge from the track.

There’s something here for everyone including a fairground, roller rink and classic cinema screenings. The festivities will open from 4pm on Thursday.

Many attendees will drive to Goodwood in their own classics, so the Revival Car Show provides complimentary parking to those showing up in a “pre-’66 or tax exempt” car. Across Friday, Saturday and Sunday, thousands of models will line up for static display.

This is a Concours D’Elegance event for pre-’66 aircraft. The air event will take place at Goodwood Aerodrome and give visitors the opportunity to get up close and personal with classic aeroplanes. Helicopter and plane flights will also be available.

The Bonham’s auction will see all manner of classics and high-end cars as well as an extensive selection of automobilia go under the hammer. Highlights this year include a selection of Aston Martins, Bentleys, Ferraris, a Jaguar XJ220 and a number of classic racing cars.

Entry is via invite or to those who have bought an auction catalogue, while the auction preview takes place on Friday. The auction proper starts from 1pm on Saturday. 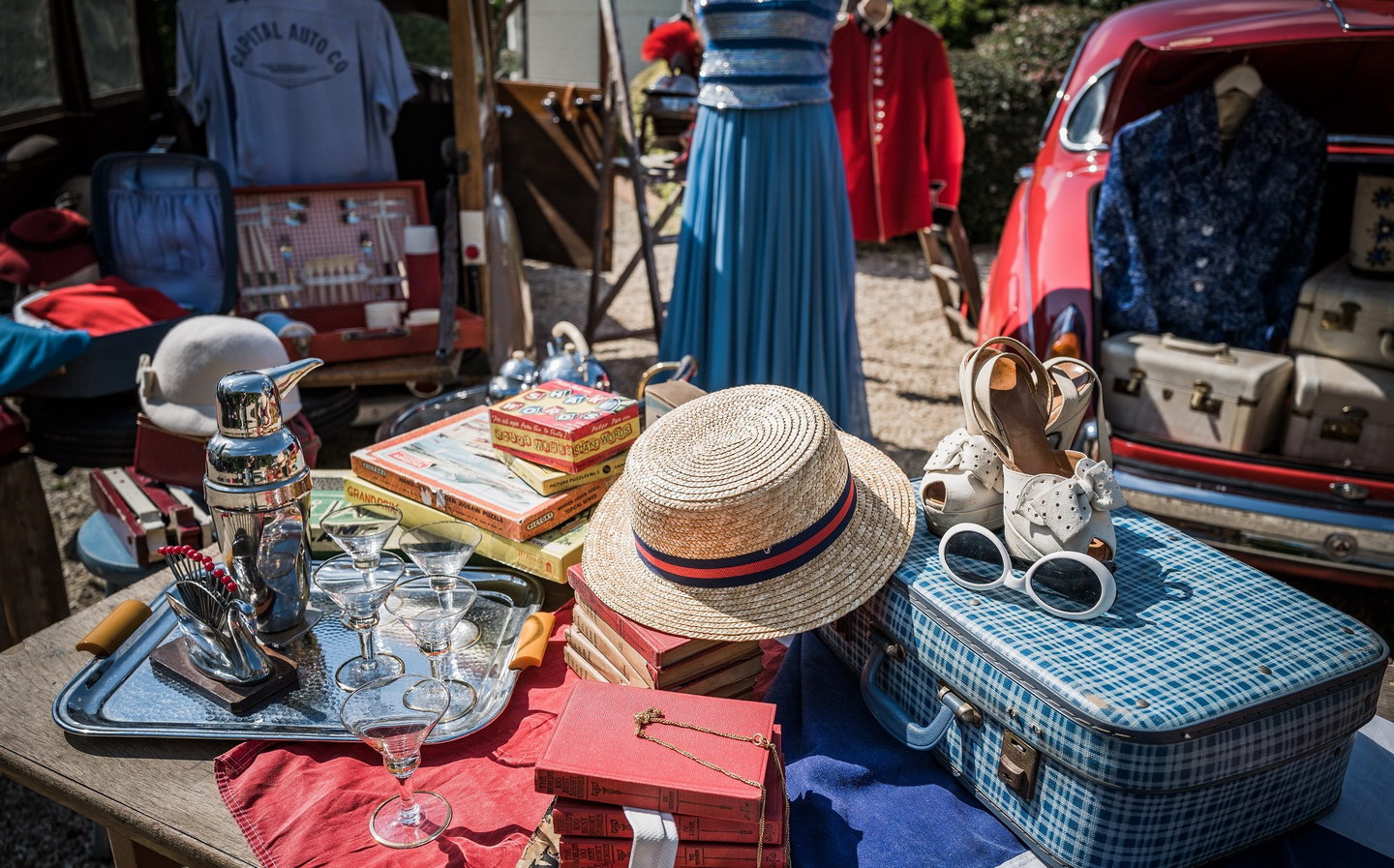 The Revival is as much about the period dress as it is about the cars, and the car boot sale, which will run alongside the racing, will feature a host of traders selling vintage and second-hand clothes and accessories as well as furniture and homewares.

The sale will allow buyers to complete their period costume or perhaps inspire next year’s. 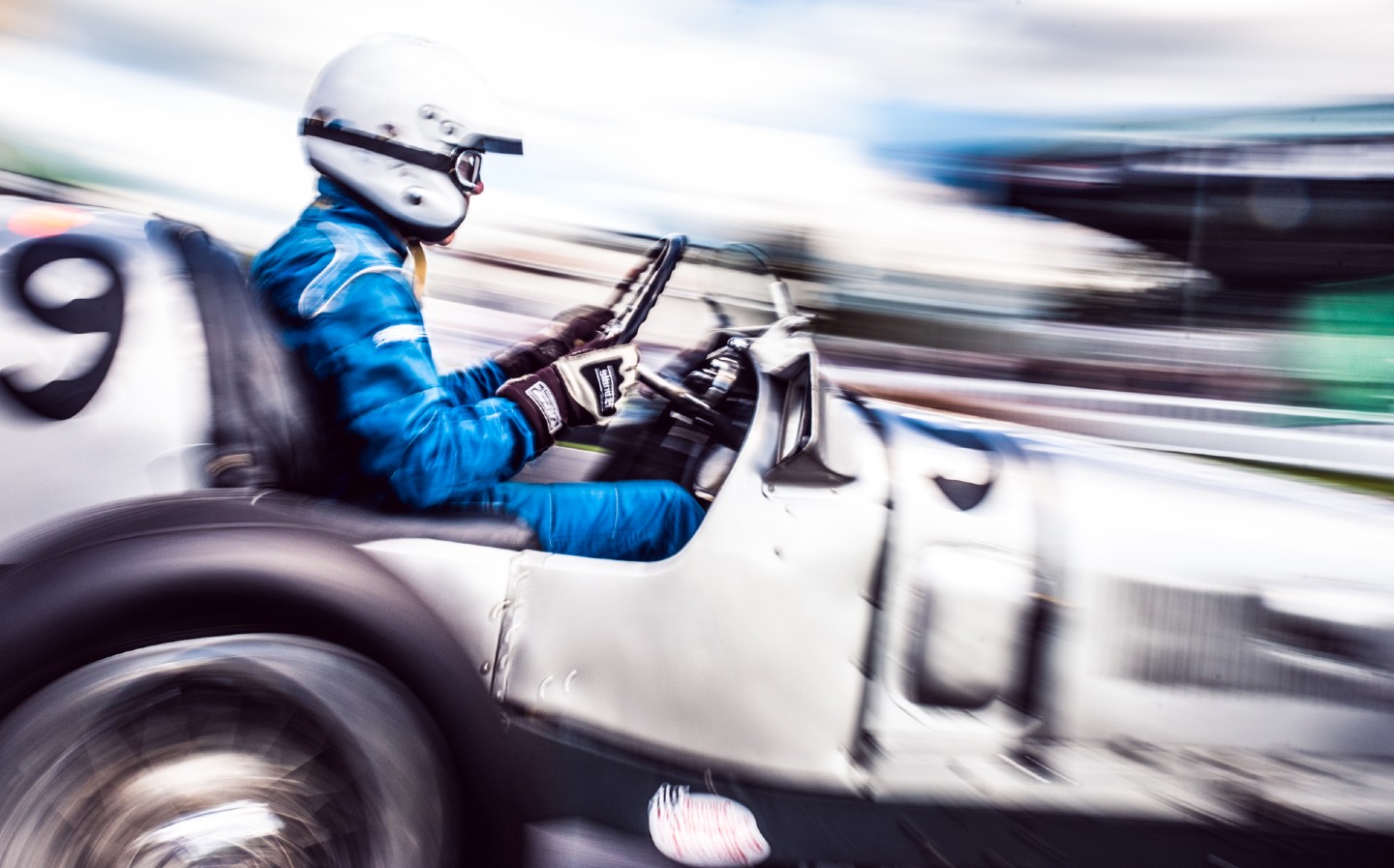 Practice sessions will take place on track throughout Friday, with the first and only race of the day, the Stirling Moss Memorial Trophy, starting at 6.30pm.

The Stirling Moss Memorial Trophy is open to 1950s and ’60s GT cars, so expect Ferrari 250 SWBs, Austin-Healeys and other assorted grand tourers such as AC Cobras and a Jaguar E-Type that will be driven by Jenson Button and Alex Buncombe.

Gates open on Saturday at 7.30am, with the customary track blessing at 8.25am. A parade of hot rods will take to the track at 8.40am, with racing proper kicking off at 9.45am.

A race for 1930s and ‘40s Grand Prix and Voiturette cars featuring Alfa Romeos and Maseratis going head-to-head with the likes of Talbots and ERAs.

One for 1960s Grand Prix motorcycles that will see Manx Nortons dicing with MV Agustas among others.

Definitely one of the Revival’s highlights, this new-for-2021 race will see a grid of 30 classic Mini Coopers battling it out in the hands of famous names like Chris Hoy, AC/DC front-man Brian Johnson, Jochen Mass, Martin Brundle and Tiff Needell.

This one features Formula One cars from the 1960s taking to the track, so expect vehicles from Lotus, Cooper, BRM, Lola and Ferrari. 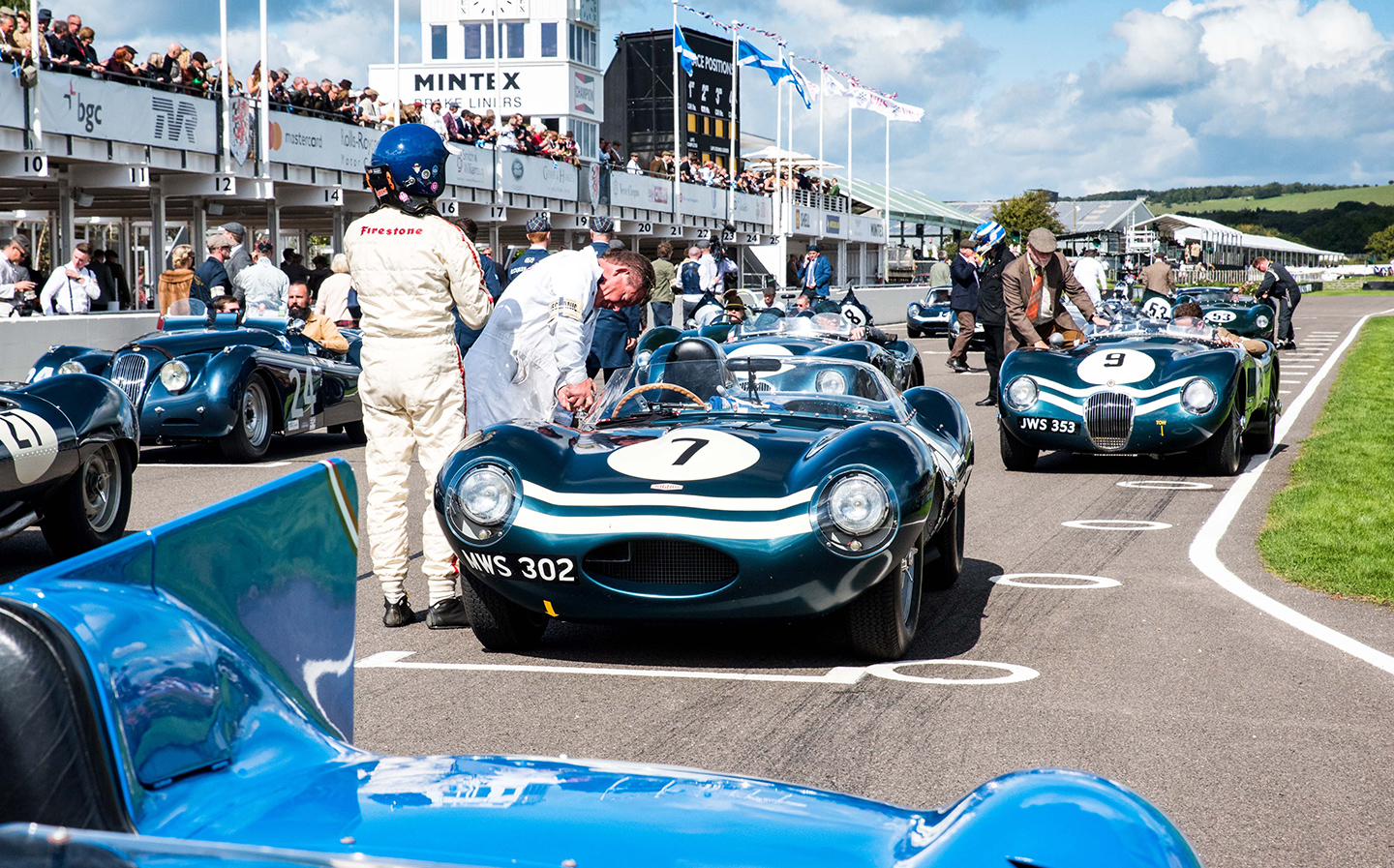 It’s the old British Saloon Car Championship revived, and the St. Mary’s Trophy will host touring cars from the 1950s and ’60s duking it out with Minis, Ford Cortinas, Austin A40s and even muscular Americans like a Ford Galaxie or two. Usually one of the highlights of the weekend.

Gates close to the public at 7pm with festivities Over the Road finishing at 10pm. 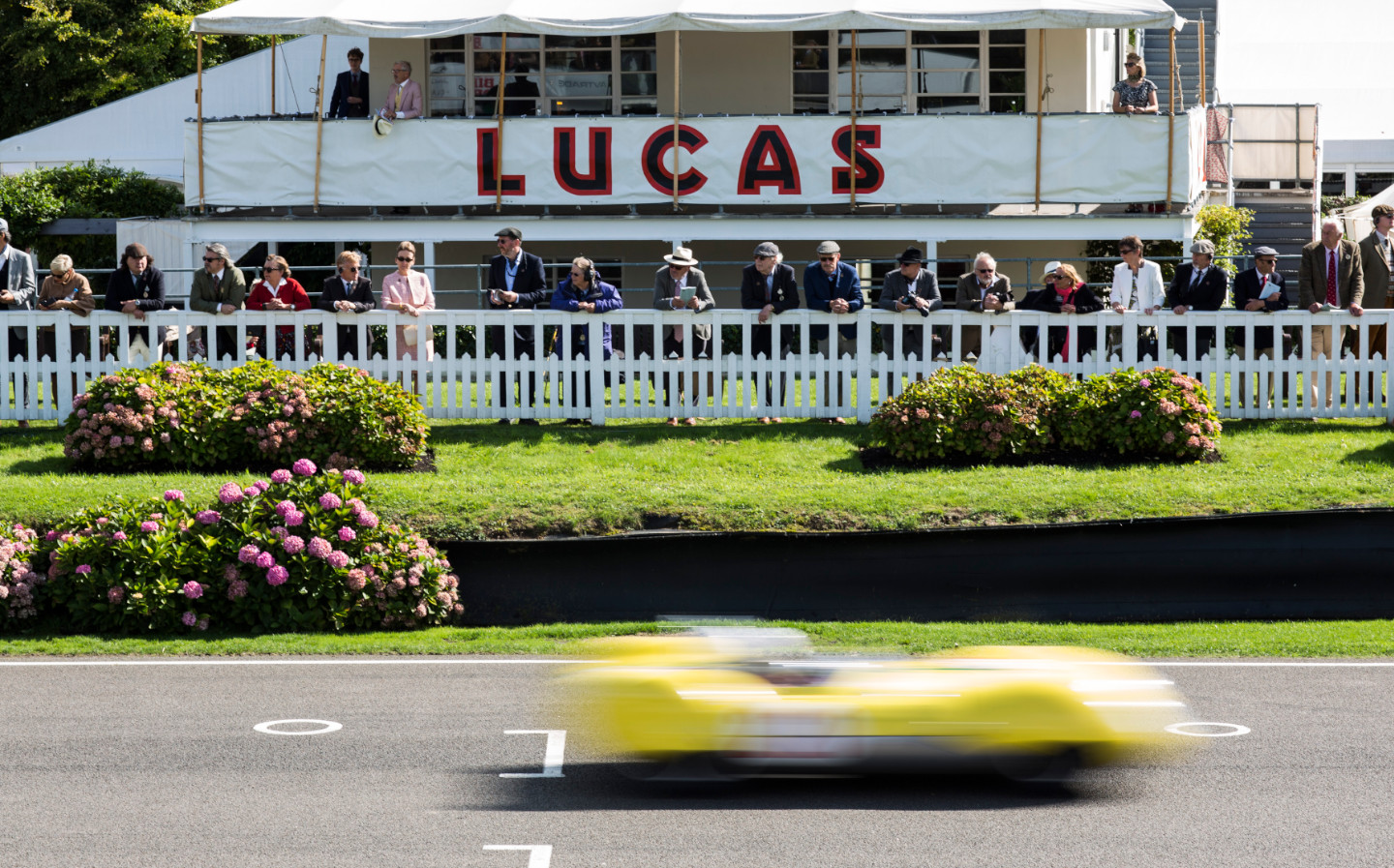 Sunday morning opens with Holy Communion and another track blessing at 8am. Racing begins at 9am.

A race for front-engined Formula Junior cars, so expect an odd mix of production-car-powered racers from the 1960s.

Continued from the day before, the race sees 1960s Grand Prix motorcycles out on track again.

Sports cars from the 1920s and ’30s will hit the track bringing back some of the spectacle of supercharged Bentleys and others racing at Brooklands and Le Mans.

One of the Goodwood Revival’s headline events sees closed-cockpit GT cars being driven at highly-alarming speeds considering their values. The race features Ferrari 250 GTOs, lightweight E-Types, Aston Martin DB4 GTs and Le Mans AC Cobras being raced just as hard as they were back in the day. 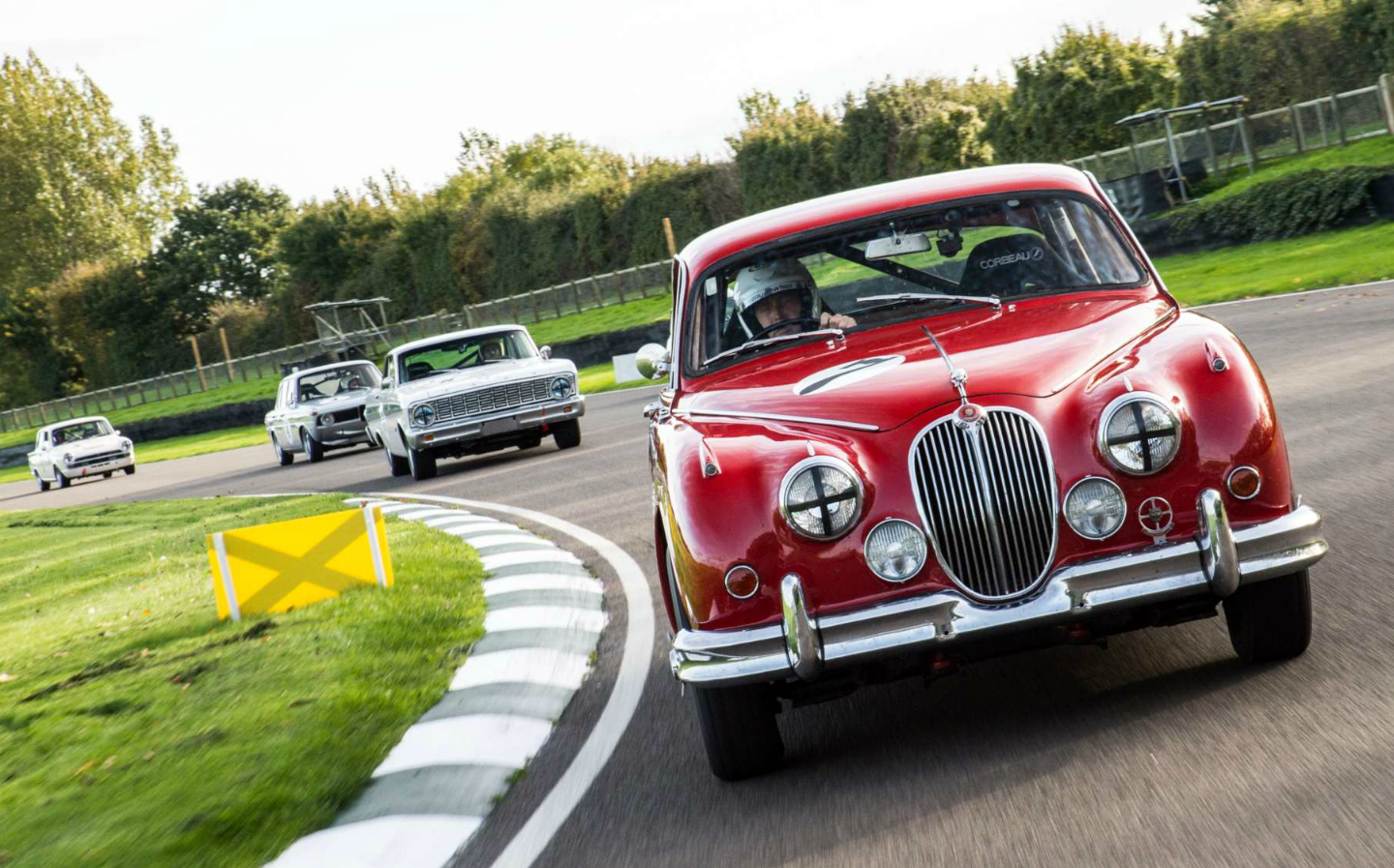 The second day of the St. Mary’s Trophy will, once again, see 1950s and ’60s saloon cars racing for the title. Don’t miss this one.

The final race of the Revival features classic endurance racers of the 1950s from Jaguar, Aston Martin, Ferrari and Maserati rounding out the weekend.

What’s the best day to go?

Sunday tends to feature the blue riband events like the RAC TT Celebration, but Saturday’s John Whitmore Trophy with its racing Mini Coopers is another big highlight. Saturday also features the Bonham’s Auction, which can be just as much of a spectator sport, though there are both sideshows “over the road” and cars on track on the Friday, Saturday and Sunday.

Goodwood Revival: How much are tickets?

The three-day pass is now sold out and availability for individual days is limited.

Single day admission starts from £82 for adults and £41 for under-12s.

Where is the Goodwood Revival?

The Revival takes place at Goodwood Motor Circuit, just down the road from the Duke of Richmond’s house in West Sussex. It’s located just outside Chichester, around 60 miles from London.

What are the opening times?

Music, dancing and other activities begin “over the road” at 4pm on Thursday, finishing up at 10pm.

For the rest of the Revival, gates open at 07.30, and everything shuts down by 10pm, apart from Sunday when events “over the road” finish at 9pm.

What should I wear?

Period dress — from 1948 to 1966 — is encouraged, so anything along the lines of a Second World War pilot, Land Girl or Teddy Boy should be fine. Turn up in modern clothes and you’ll stand out.