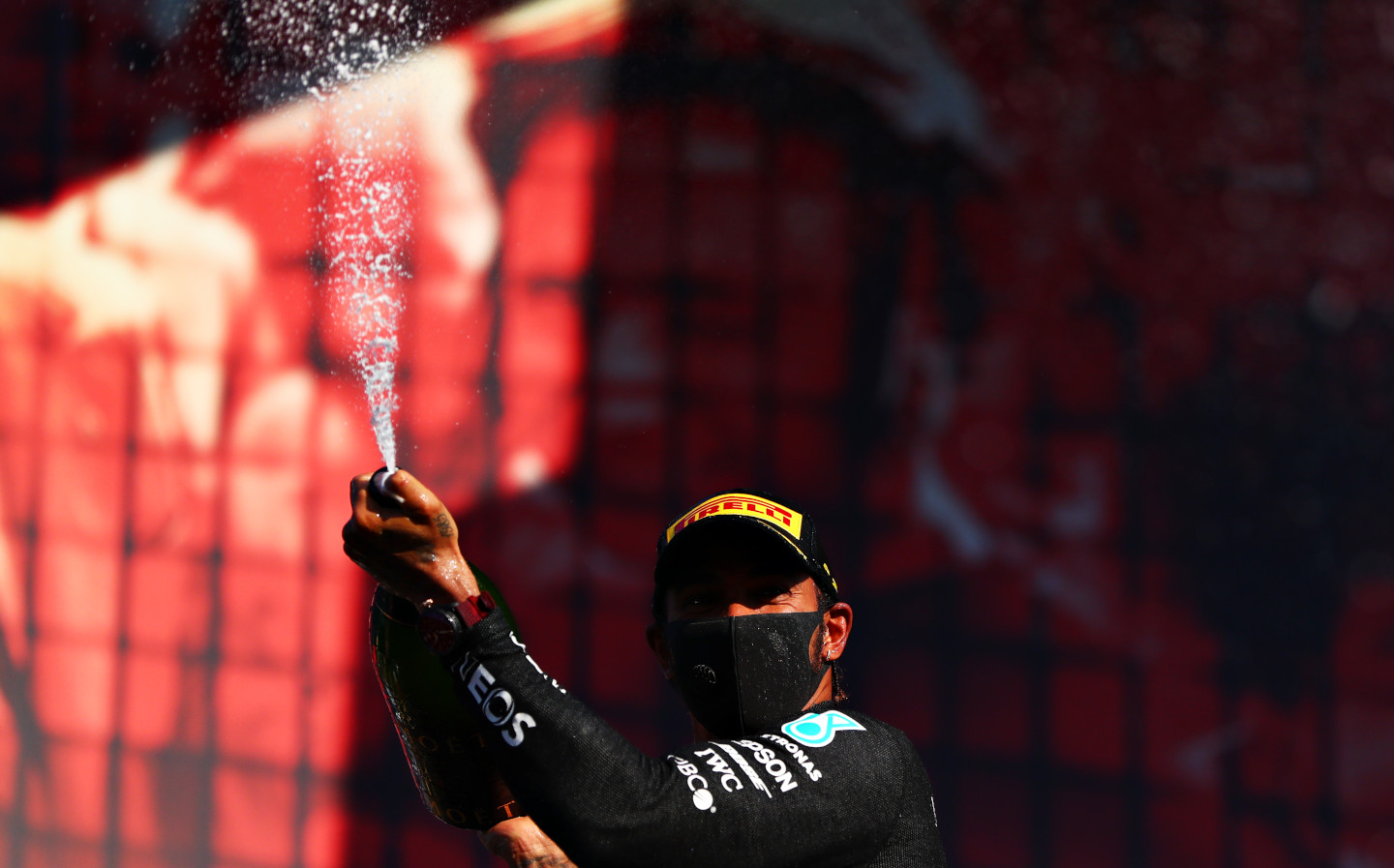 LEWIS Hamilton goes into this weekend’s Russian Grand Prix at Sochi with the possibility of equalling Michael Schumacher’s record for the most race wins of all time.

Schumacher won an incredible 91 races in his combined 17 years in Formula One (comprising a 15 year tenure with Jordan, Benetton and Ferrari beginning in 1991, and a two year return with Mercedes in 2010). The German overtook Alain Prost’s then-record of 51 at the Belgian Grand Prix in 2001. The previous record (of 27) had been set by Sir Jackie Stewart in 1973.

Hamilton heads to Russia following a characteristically successful start to the season — which is now halfway over — having won six of the nine opening races, including three of the first four (the opening Grand Prix in Austria was won by team mate Valtteri Bottas). He now stands at the top of the Drivers’ Championship with 190 points, 45 points clear of Bottas and 80 clear of Red Bull’s Max Verstappen, who was forced to retire just seconds into the Tuscan Grand Prix at Mugello two weekends ago.

Asked by a journalist in the post-race press conference about being “so close to a record that many thought would never be broken”, Hamilton responded: “Yeah, it just doesn’t seem real. Obviously, it’s ultimately a privilege to be in a position and have such a great team and a car to be able to deliver weekend in, weekend out but I just feel forever grateful to the people that continue to work hard.

“I’m just a link in the chain but getting the wins is not easy when you have a great driver in Valtteri pushing you the limit, weekend in, weekend out. But I never thought that I would be here, that’s for sure.”

Hamilton has won at least one race in all of the 14 seasons he has entered, beginning with his rookie season with McLaren in 2007, in which he picked up nine consecutive podiums, four wins and narrowly missed out on the drivers’ championship in his inaugural season. At 35, retirement could still be a few seasons away (Schumacher retired at 43, with Hamilton taking his seat), meaning it is likely he will set the gargantuan record of winning over 100 F1 races.

In 149 races with Mercedes, Hamilton has won 69, equating to a staggering win percentage of 46%. With such a strong lead emerging for Hamilton over the course of this year, it is also likely he will equal Schumacher’s record of seven drivers’ championships.

The likelihood of Hamilton equalling Schumacher’s race record at the first opportunity seems strong. A Mercedes driver has won at Sochi every year since it was added to the calendar in 2014, with Hamilton accounting for four of the six victories. That includes last year’s iteration of the Russian Grand Prix, where Hamilton came from behind both Ferrari drivers (with a bit of help from a Vettel retirement and a virtual safety car) to snatch the win.

However, if Hamilton does fail to equal the record at this weekend’s race, he will have seven more opportunities this season, according to the current schedule. However, it is unclear how widespread increases in coronavirus cases will affect races pencilled in for later in the year.

It has also been reported that the team from the acclaimed Formula One: Drive to Survive Netflix documentary will join the Mercedes team for the Russian Grand Prix, so it is possible that there will be behind-the-scenes footage of Hamilton’s achievement available to watch come the end of the season — should it happen in Sochi.

Despite their previous form at the Russian event, Mercedes and Hamilton are staying humble ahead of this weekend. Team Principal Toto Wolff said: “We believe very much in karma and you need to be able to let things happen and, certainly, who would have ever imagined that somebody is going to break that record of 91 wins?

“If that were the case, I’m sure we are going to come up with some creative ideas [to celebrate].”