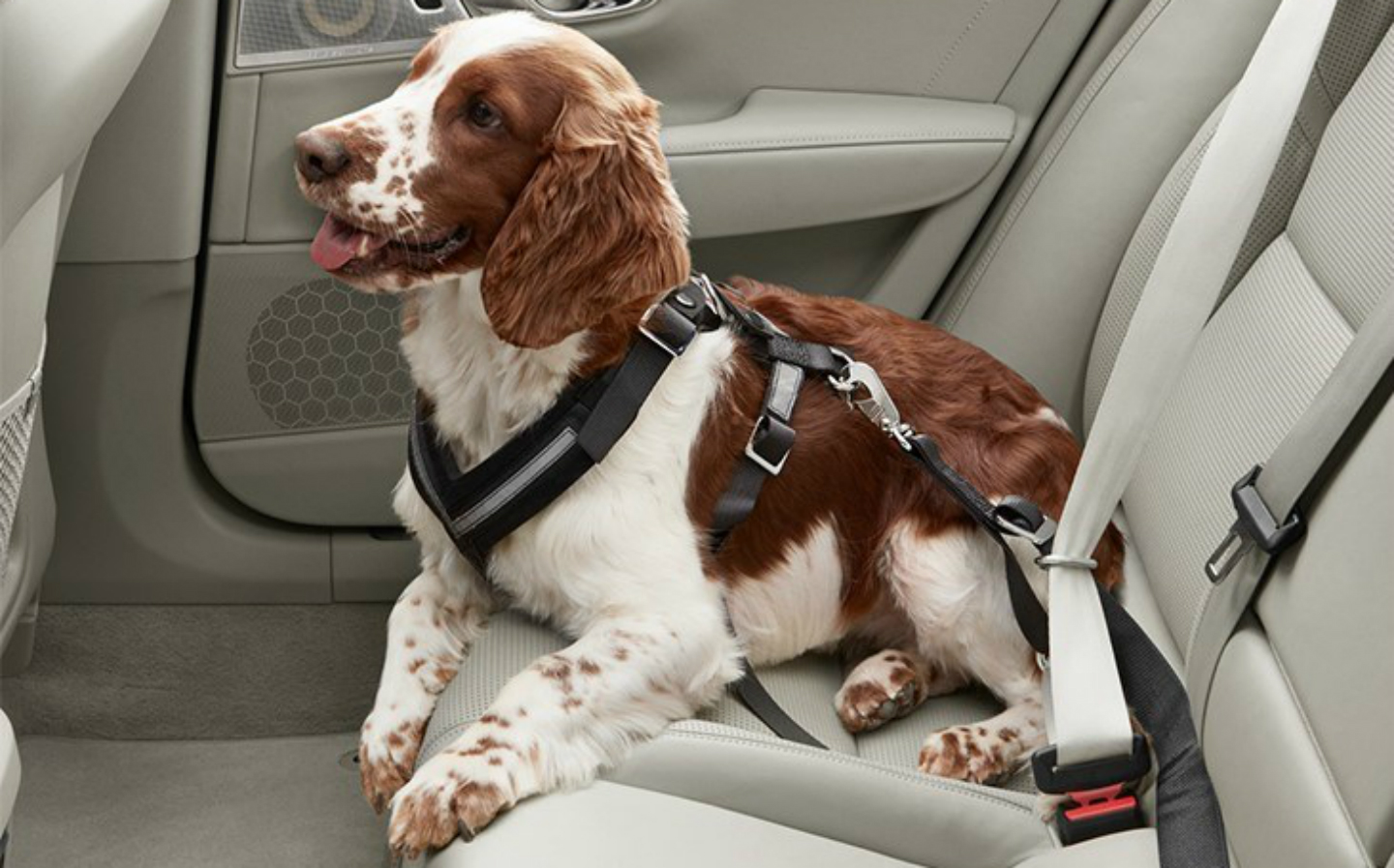 A SAFETY report commissioned by Volvo’s USA division has highlighted the dangers of carrying unsecured pets in cars.

The “Volvo Reports: Keeping Pets Safe on the Road” study found motorists who didn’t restrain their furry friends on car journeys were, on balance, considerably more likely to lose concentration as a result of their pet’s behaviour. Researchers noted 649 instances where dogs exhibited “unsafe driving behaviours”, such as leaping into the driver’s lap or poking their head out of an open window, in contrast to the 274 times a secured pet diverted the driver’s attention away from the road ahead.

Volvo says the study’s findings also reveal car users who let their dogs roam around the cabin spent more time behind the wheel fixated on what their pooch was doing. According to the report, drivers spent more than twice as long being distracted by unrestrained pets (3 hours, 39 minutes) than those who kept them secured (1 hour, 39 minutes).

The car maker goes on to say the research reveals motorists were more likely to be stressed out keeping tabs on what their canine companions were up to. It’s claimed motorists on car journeys with dogs that weren’t secured in some way had heart rates up to 34 beats per minute faster than drivers who had decided to restrain their pets.

It isn’t just people who face a greater risk of discomfort on long drives. According to the report, unrestrained dogs are also more likely to be distressed during car journeys, with researchers finding the pets that were safely secured with devices such as seatbelt harnesses or a dog guard for a car boot had heart rates seven beats per minute slower than dogs that weren’t restrained in any way.

Commenting on the findings, the American College of Veterinary Emergency & Critical Care president Dr Elisa Mazzaferro said: “While pets roaming around the car can be cute and convenient, it poses a serious risk for both drivers and their pets, both in terms of causing distractions and increasing the chances of serious injury in the event of an accident. Unfortunately, in my field, we see the potential devastating consequences regularly, many of which can avoided by simply ensuring our animals are safely secured.”

While some states in the USA have made it a legal requirement for drivers to properly restrain their pets on car journeys, UK motorists technically aren’t breaking the law if they don’t restrain their dogs on road trips. However, as the Highway Code says you should “make sure dogs or other animals are suitably restrained so they cannot distract you while you are driving”, police are within their remit to penalise drivers who are caught flouting this rule.

The animal welfare charity Dogs Trust recommends UK motorists who want to take pooches with them on car journeys should ensure their pet is secured in the boot with either a dog cage or a guard to prevent access to the passenger compartment.

If the driver would prefer their pet to spend the journey on a car seat, Dogs Trust says dog-owning drivers should use a seatbelt harness that’s properly installed and fitted before heading off, and advises the dog should travel on the back seat behind the front passenger seat — and “never behind the driver in case they get hold of clothing etc. and cause the driver to lose control of the vehicle”.