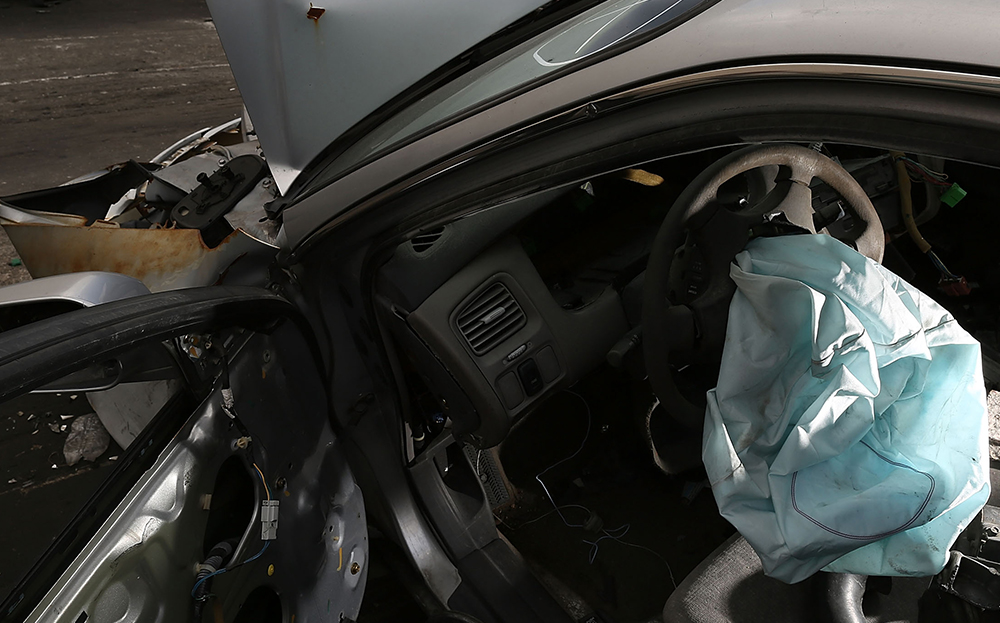 THOUSANDS of motorists are being forced to drive cars that have been recalled on safety grounds even though manufacturers admit there is a danger that malfunctioning airbags could cause serious injury or fire.

More than 34m cars worldwide, including Toyotas, Hondas, Nissans and BMWs, have been recalled so far — the largest vehicle recall in history — after investigators discovered that if an airbag goes off it could spray the inside of the car with metal fragments. Some 1m cars in Britain are affected — so many that manufacturers and dealers can’t cope with the backlog of repairs. Many owners have been kept waiting for months.

John Bolland, a Derbyshire management consultant, was told on November  24 last year that his wife’s 2004 BMW 3-series was affected but the fault was not repaired until March. BMW told him at the time: “New airbags are currently in short supply and therefore it will not be possible to carry out the repair directly.”

“I felt very uneasy about asking passengers to sit in the front,” Bolland said. “BMW’s letter said that the airbag could injure them. I called my local dealer in Sheffield repeatedly, trying to fix a date for the repair. It may not have been their fault that they had no parts to carry out the work but they could have lent me a car in the interim. They declined.”

So far, the safety flaw — caused by moisture in airbags made by the Japanese company Takata Corp — has been linked to six deaths in Honda cars, five in the US and one in Malaysia. Some were killed by shrapnel when the explosive charge that was supposed to deploy the airbag harmlessly went off.

Last week Takata drastically revised its estimate of the number of cars affected to 34m, from a previous figure of about 17m. The recalls have affected 10 companies that used Takata as a supplier, including BMW, Fiat Chrysler, Ford, General Motors, Honda, Mazda, Mitsubishi, Nissan, Subaru and Toyota.

According to the Driver and Vehicle Standards Agency, 567,634 cars have now been recalled in Britain since 2013 because of defective Takata airbags. The true figure affected is far higher because the latest round of recalls that affect a further 100,000 Nissans, up to 300,000 Hondas, 160,000 Toyotas and 10,000 Subarus have not been taken into account.

BMW said it had so far fixed only about 10% of nearly 300,000 cars it had started recalling as early as August 2013. Most recall notices were sent out in late 2014. The slow progress was because of lack of availability of replacement airbags, a problem that had since been resolved, the company claimed. 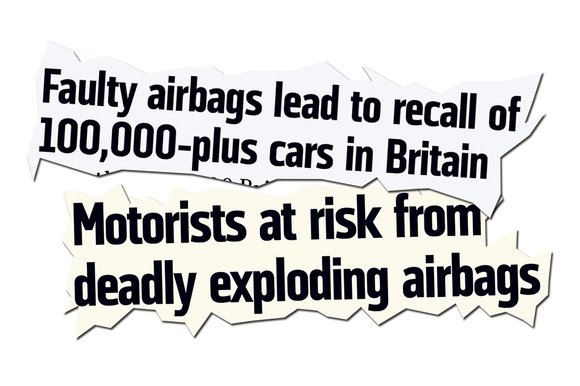 Piers Scott, a BMW spokesman, said: “This is a worldwide recall involving millions of cars and Takata has been able to keep pace with the demand to fix all these. The waiting time is now much less. We would expect to be able to fix [the car of] any customer that approaches us within three or four weeks.”

Asked why BMW was unable to supply a courtesy vehicle for customers such as Bolland who have had to wait months for repairs, BMW said: “The recall for our brand covers 291,000 vehicles. We quite simply don’t have that many courtesy cars to offer.”