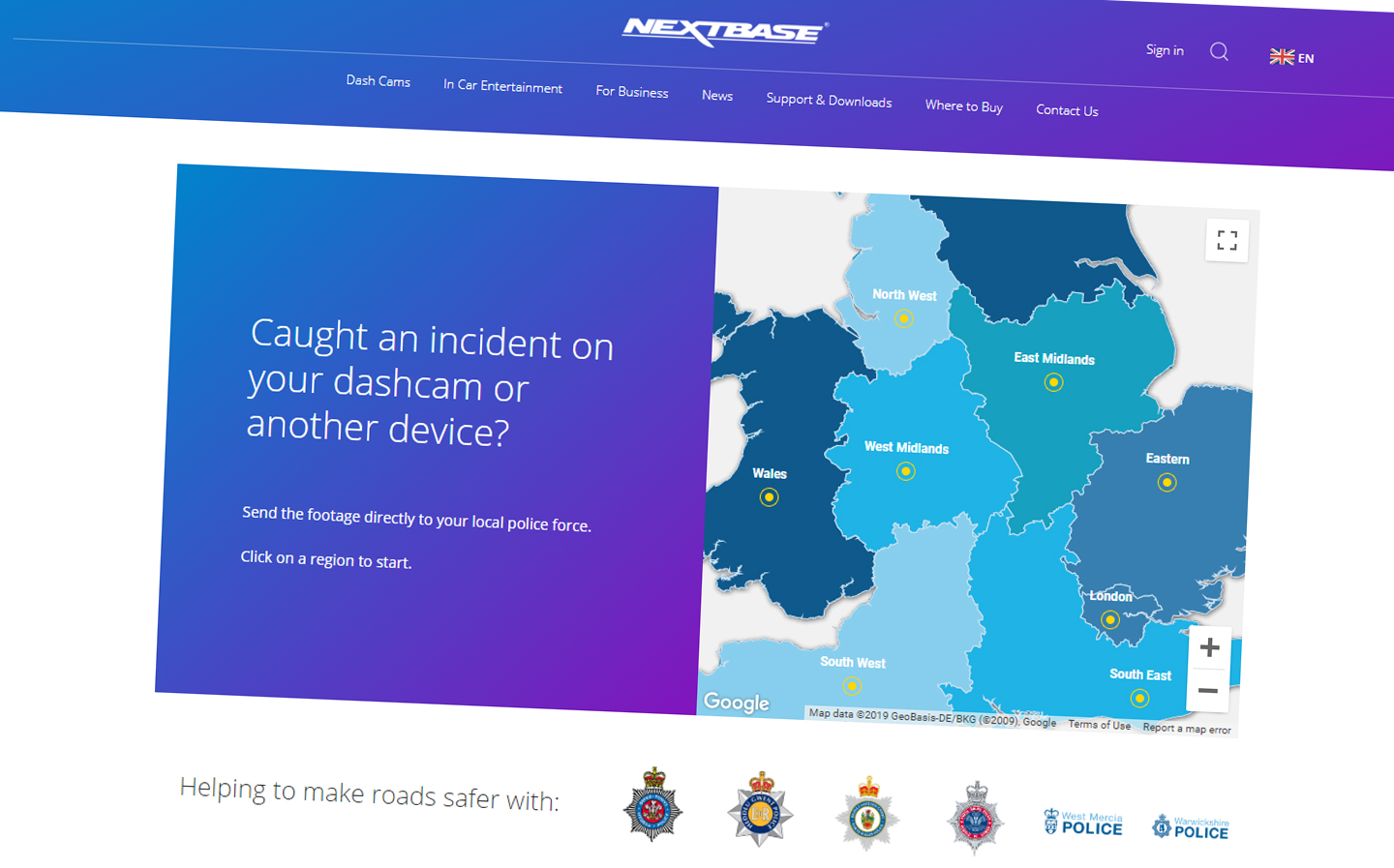 A WEBSITE that allows road users to upload footage of dangerous driving has saved national police forces 68,474 hours of incident processing time, it has been claimed.

Videos are uploaded with an accompanying online police report form. As processing such reports manually can take police a claimed 14 hours per video, on average, Nextbase has calculated 68,474 hours of police time were saved over the first 12 months, or 9,700 days, assuming a seven-hour working day.

A spokesperson told Driving.co.uk that it can take a long time for manual processing due to a combination of factors, including stations having to wait for footage to arrive either by post or hand, and with police taking statements or questioning witnesses in person.

Nextbase says that not only is the not-for-profit platform a time saver for police but also helps remove dangerous drivers from the roads. Fifty per cent of videos received are investigated, it said, of which half have resulted in prosecutions, varying from out-of-court written warnings and points deducted to court cases and driving bans.

The spokesperson said the portal “delivers a ‘gold standard’ package of evidence every time, meaning that everything needed to progress the case is already there on the officer’s desk”.

Footage received doesn’t have to be from vehicle dash cams — a variety of formats are accepted, and can have been captured on camcorder, mobile phone or other video recording devices. That allows drivers, cyclists, pedestrians, horse riders and motorcyclists the chance to share examples of dangerous driving with police.

Footage is encrypted on upload and hosted securely by Egress Software Technologies, rather than the police themselves.

Currently 22 of the 43 police forces in England and Wales are signed up to the system, with more expected to follow.

Supt Mel Crowther from West Mercia Police said: “We have seen a great amount of members of the public getting behind this system. As a force, we have been using this to deliver our own ‘Operation Snap’ initiative over the past year.

“The use of the NDCSP is a perfect example of modern police forces embracing new technology in order to help with internal time management. It ensures that our policing services are as accessible as possible, complementing the work already being done by police officers on our road network.

“Most importantly, it allows us to show that a dangerous driver’s behaviour can and will be held to account.”

Northumbria Police’s Head of Communications, Neil Preston, added: “The National Dash Cam Safety Portal reduces the demand on our communications centre by providing a quick and easy solution for the public to upload footage. The number of positive outcomes that we have seen as a direct result of these submissions is very high. The system continues to help us make our region a safer place for road users.”

Richard Browning, Director of Nextbase, said: “A year on from launch, the endorsement of the NDCSP from our police partners – both in terms of efficiency of processing and the success in prosecuting dangerous driving – is very rewarding. Our mission in building the platform was to remove the most dangerous drivers from our roads and it sounds like that is happening, slowly but surely.”

Nextbase dash cams get Alexa, can summon emergency services after a crash