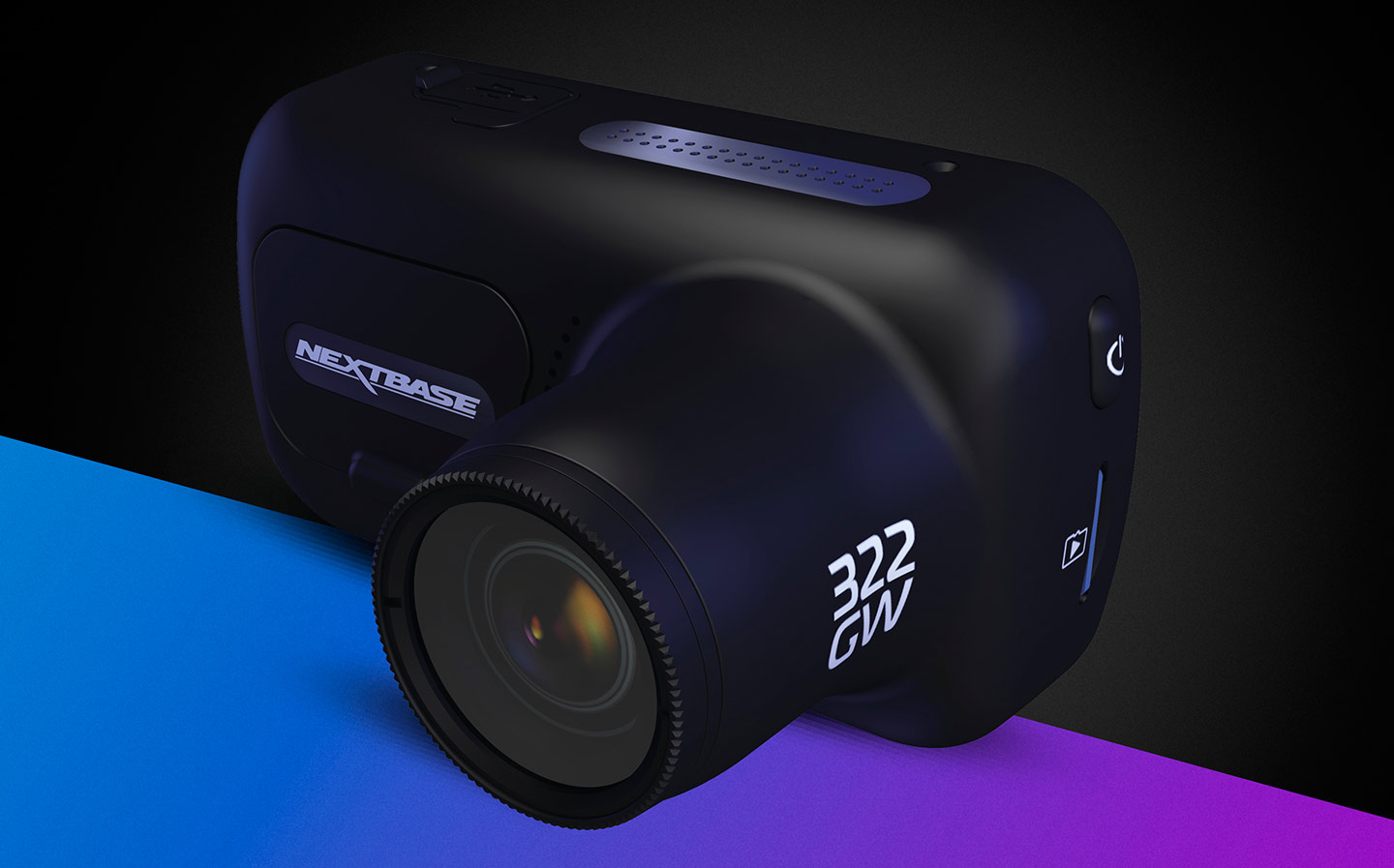 NEXTBASE dash cams are undergoing a high tech revolution with the introduction of Alexa-based voice control and systems that can automatically summon the emergency services should you crash and be unresponsive.

The current generation of dashboard video cameras are designed to record video constantly as you drive, saving the footage in short clips. Important clips can be ‘locked’, either manually or when the device detects a sharp jolt, such as one caused by an accident.

The most advanced dash cams also include GPS location data and vehicle speed, have touchscreen interfaces and can be linked to mobile phone apps to allow the download and sharing of footage via smartphone.

But Nextbase’s new generation of dash cams, dubbed Series 2 and launched today, promise a stepchange in the technology with a host of firsts for the industry.

The company highlights new design features. Improved 4K image quality comes from a new chipset made bespoke for Nextbase, and better packaging has resulted in a 35% reduction in the size of the cameras across the range while new, stronger Click&Go magnetic mounts located on the front of the cameras, rather than the top, reduce the amount of space taken up on the windscreen. The company said new “IPS” screens across the range increase the brightness and clarity of the display.

However, the headline update is the world-first introduction of Amazon’s Alexa voice control. Nextbase collaborated with Amazon to integrate its technology into the new range dash cams, allowing drivers to say commands such as, “Alexa, lock that file,” “Alexa, take a photo,” or “Alexa, send that file to my phone.”

According to the manufacturer, this means drivers who choose to switch on the optional voice control service, which requires the download of the Alexa app, will spend less time with their eyes off the road and hands off the wheel.

With a Bluetooth connection linking a smartphone to the car’s infotainment system, users will also be able to use Alexa Skills to set a sat nav destination, send a text message, play music, or even switch on the heating or lights at home while en route, according to Nextbase. Driving.co.uk has asked the British company for confirmation on whether it allows seamless integration with Apple Carplay and Android Auto.

The primary purpose of its dash cams is still safety, Nextbase insists, and two innovations in particular focus on helping owners in the event of an accident.

One key change for Series 2 is that the devices all record a low-resolution version of the footage in addition to the high-res main files. This allows much speedier transfer video clips between devices or over mobile data networks when time is of the essence.

In the event of an accident or manual emergency record, the new Nextbase dash cams can be set to automatically send the associated video file to your phone via Bluetooth. This makes it easier to find the clip and send it on to a third party, or share via social media.

A new Incident Aware feature allows owners to send at a single touch the low-res video clip to their insurance company, along with pre-selected details of that could include their name, address, policy number and GPS location. Nextbase said this saves the owner time and effort when making a claim, and added that this is a “push-only” service — insurers will never be able to “pull” information from Nextbase dash cams, it was claimed.

The new Emergency SOS feature, available on the mid-spec 322GW model and up, is touted as a potential life-saver. In the event of an accident, the opt-in service will run through 23 protocols to determine how serious the crash has been. In the worst cases, Nextbase says, the device will enter a “beacon mode” and will ask owners if they need assistance.

If there is no response after 60 seconds, a package of data is sent to an “integrator” (an operations centre run by BT in the UK and Bosch in Europe), who will try to call the dash cam’s owner. Again, if there is no response, the emergency services will be dispatched, with the integrator feeding information to the 999 operator.

Nextbase says the package of information sent to the integrator includes location data by default, which crucially includes the driver’s heading at the time of the crash. This means that paramedics, police and fire officers don’t waste time by travelling the wrong way along a motorway and having to turn back at the next junction. Additional information can be included, however, such as blood type and next of kin contact details.

Richard Browning, director at Nextbase, said Emergency SOS, which is free to all customers for the first 12 months and £2.99 per month thereafter, differs from other similar services, such as Volvo’s On Call and GM’s OnStar, in that there is no button to press, will activate based on its own protocols even if the car’s airbag is not deployed and doesn’t rely on a call centre intermediary between the car and integrator.

“The reality is, this is going to save lives,” he added.

Other innovations for the Nextbase Series 2 line-up include a new modular platform that allows one of three small rear-facing cameras to be added to any of the forward-facing dash cams simply by plugging it into a USB port on the side of the device.

One camera features a wide-angle lens for recording what’s going on in the cabin, another has a zoom lens to capture events going on through the rear window, and the final one sits on the rear window  and connects via a long cable, which can be tucked into the vehicle’s roof lining. All three are priced at £49.99. Some 65% of buyers of the outgoing Nextbase 512 dash cam buy the optional rear-view camera with it, according to Browning.

Dash cam buyers often receive discounts from car insurers and Browning said the new Nextbase series will be no exception, with an offer of 25% off policies at SureThing, and all buyers will have access to an all-new smartphone app and MyNextbase Cloud, a free, secure online storage area for video clips.

An earlier version of this article suggested that Alexa was a mandatory feature of the Nextbase Series 2 range – it is, however, an opt-in service. We are happy to make the correction. Look out for our reviews of the new Nextbase range, coming soon.