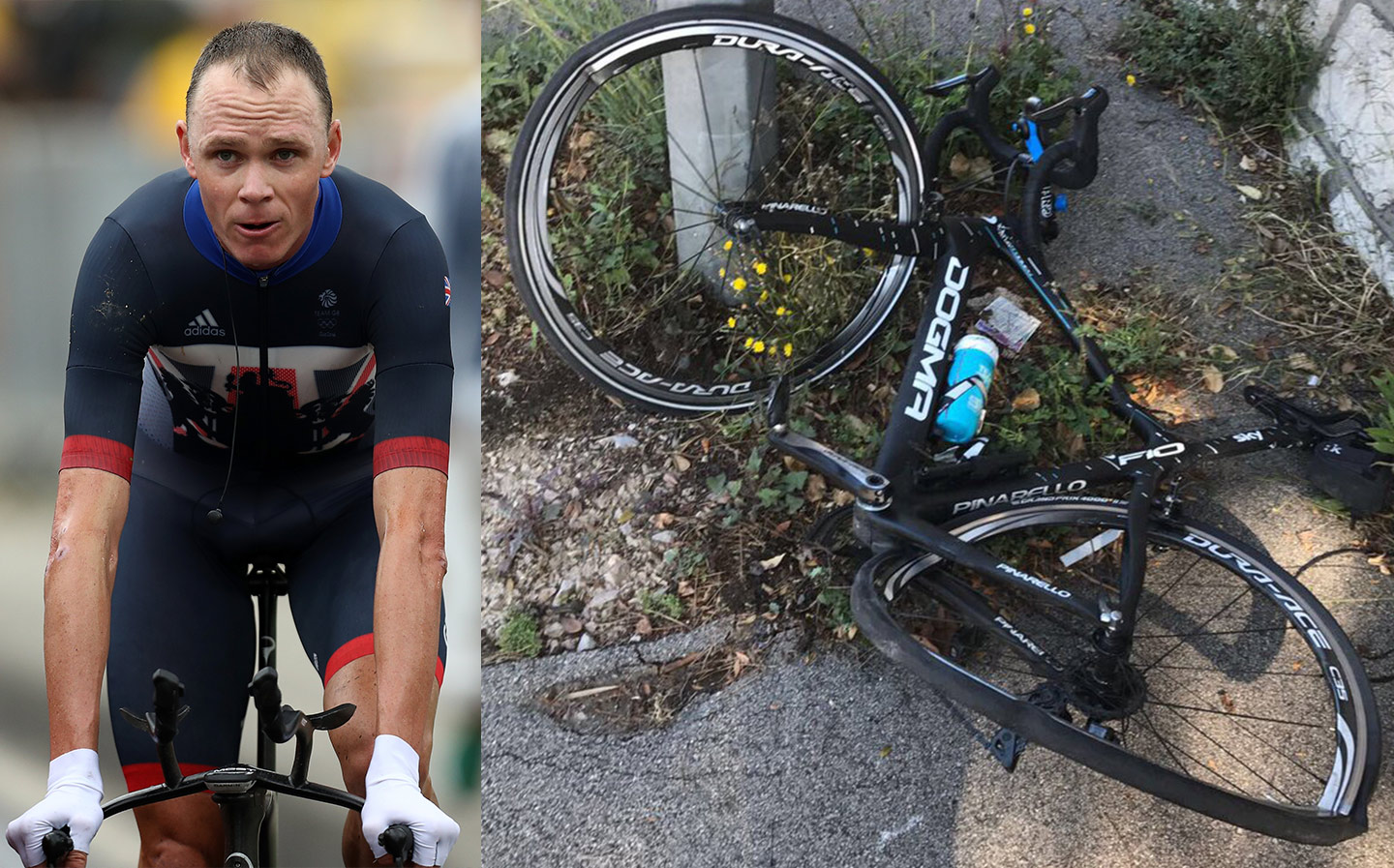 CHRIS Froome, the three-time Tour de France champion, has been knocked off his bicycle by a hit-and-run driver in the south of France.

The 31-year-old cyclist tweeted: “Just got rammed on purpose by an impatient driver who followed me onto the pavement! Thankfully I’m okay. Bike totaled. Driver kept going!”

Just got rammed on purpose by an impatient driver who followed me onto the pavement! Thankfully I’m okay ? Bike totaled. Driver kept going! pic.twitter.com/o7FT4iXsAo

The incident took place in Beausoleil, a hillside town on the French border with Monaco, according to The Times. Police are said to be investigating.

There were 149 cycling deaths in France in 2015, according to the European Commission’s road accidents database, down from 159 the year before, but more than in 2011, the safest year since the database was established, when there were 141.

In the UK, 100 cyclists were killed on the roads in 2015, the lowest figure on record, according to the Department for Transport. In 2005 the death toll was 148.

The number of cyclists seriously injured on UK roads has generally been rising since 2004. Although there was a fall of 5% to 3,239 serious injuries in 2015, the previous year had the highest total since 1997.

Froome lives in Monaco with his South African wife, Michelle Cound. The British cyclist, who grew up in Africa, won the Tour de France in 2013, 2015 and 2016.