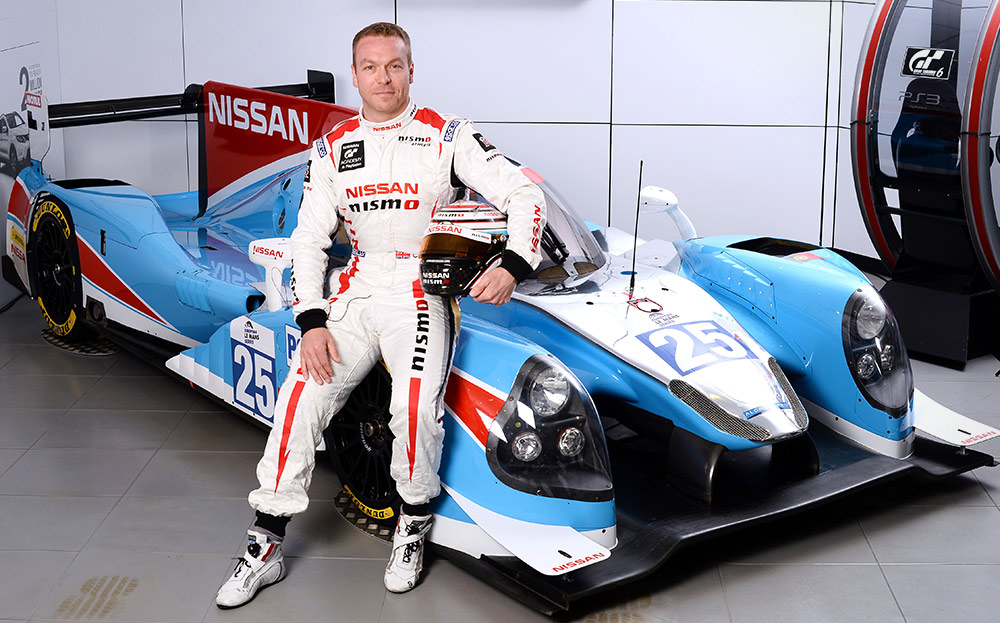 FOR PROOF that professional athletes can’t retire to indulge in a spot of gardening or golf, look no further than Sir Chris Hoy. The Olympic legend retired from competitive cycling in 2013 but didn’t pause for breath: instead, he set himself the goal of becoming a professional racing driver and competing at the legendary Le Mans 24 Hour race.

Now it’s mission achieved, after Nissan announced that Hoy will drive one of its Nissan-powered LMP2 cars in the world’s most famous race.

Hoy has been put through an intensive driver development programme with Nissan, which began with racing a GT-R Nismo GT3 in 2014, and ended last year on a high note, after Hoy and teammate Charlie Robertson won the LMP3 class in the European Le Mans Series.

The 11-time world champion and most decorated Olympic cyclist of all time is excited about the challenge of competing in June’s endurance race. He said: “In motor sports terms, it’s everything. The 24 Hours of Le Mans is the pinnacle for me. It’s what I’ve been working for over the past three years.”

This year Hoy will drive with Algarve Pro Racing on board a Nissan-powered Ligier JS P2 chassis at Le Mans and at the opening two rounds of the European Le Mans Series. He will be teamed with Renault-Nissan Alliance athlete, Frenchman, Andrea Pizzitola and 2015-16 Asian Le Mans Series runner-up, Michael Munemann from Britain.

Hoy says that he has enjoyed “…some great driver coaching, some great advice from the drivers themselves and I’ve had access to the simulator. All the same support the GT Academy drivers have”.

Despite taking a step up the motor sport ladder, he describes the LMP2 car that will power him around the French race track as “the easiest and most intuitive car I’ve ever driven”.