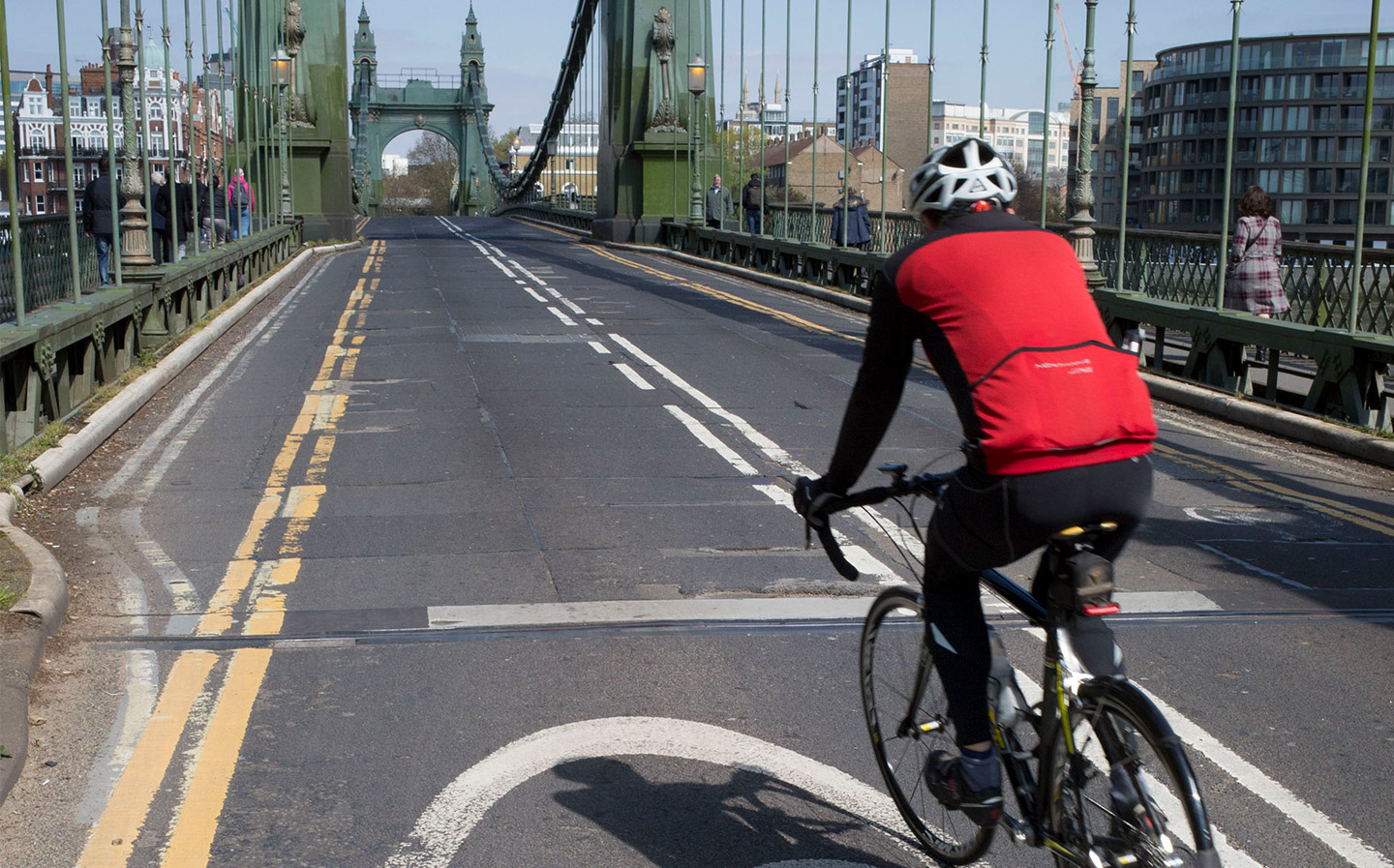 URBAN roads could be converted into car-free zones in order to make exercise safer during the coronavirus lockdown.

Local authorities in London, Manchester and Brighton are reported to be among the first proposing the change. Driving.co.uk reported last week that there are 60% fewer cars on UK roads due to the coronavirus lockdown, and some estimates go as far as 75%.

People are allowed to leave their houses for one of four reasons, including a single daily exercise to be performed locally, or risk a fine. This has meant that cities have seen a dramatic drop in the numbers of cars on their roads, with the numbers of runners and cyclists increasing.

Pedestrians and cyclists have reported a number of dangerous close calls with traffic as a result. An intensive care doctor, who cycles to work, told The Times that he had seen “several very scary incidents of close-pass speeding”, as well as young drivers drag racing at night.

Police have warned that any serious or fatal collision would increase the strain on the already stretched emergency services, which have seen their workforces decrease due to the coronavirus.

Hackney Council is reportedly drawing up a shortlist of roads in the east London borough that can be made car-free. In central Manchester, Tib Street has already been made car-free, with cones marking out two temporary lanes for cycling or jogging.

Will Norman, London’s Walking and Cycling Commissioner, said: “TfL and City Hall will work with London boroughs who are looking to reduce traffic on residential streets as long as this does not hinder the emergency services or other essential journeys.

“We are also looking at the busiest parts of our road network to see where we can give people walking more space. We are looking to adjust traffic signals to make it easier for people to cross while still enabling critical workers to use the road network easily.

“We will continue to speak to cities around the world to share ideas on what else we can do to support people walking and cycling.”

These changes would follow the examples set by other countries. The Guardian reported that German cities have been redrawing road markings, in order to create so-called “pop-up” cycle lanes.

According to Forbes, New Zealand, a nation being lauded for its response to the pandemic, has become the first country to provide funding to make what is being called “tactical urbanism” government policy. The Pacific nation’s Transport Minister, Julie Anne Genter, has encouraged cities to apply for 90% funding to increase the size of pavements and implement temporary cycle lanes.

Bogotá, the capital city of Columbia, has replaced 35km (21.7 miles) of roads with temporary cycle lanes. Cities across Australia have implemented automatic crossings, meaning that pedestrians do not have to push a button to cross the road.

Cycling activists will hope that these temporary changes begin a trend of giving more road space to cyclists. The Times reported that 39% of all journeys of less than two miles were made by car in 2018. A higher amount of road real estate given to cyclists could potentially lower this figure.