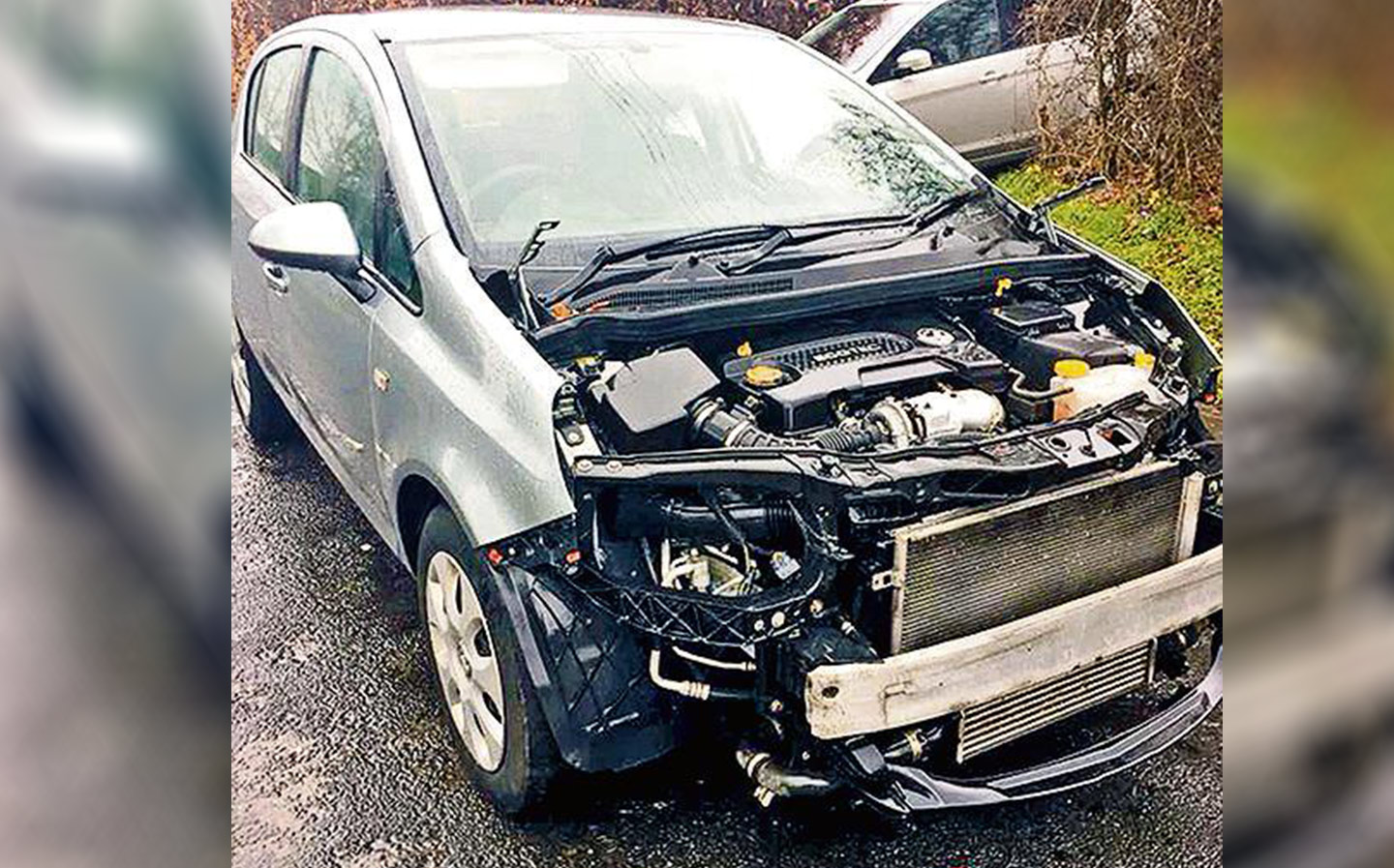 IN THE 1980s it was VW badges but car vandals today are taking much more substantial — and noticeable — trophies from cars, it seems: entire sections of Vauxhall Corsa bodywork.

When thieves stole the bonnet, grille and lights of a Vauxhall Corsa while it was parked outside the driver’s house between Good Friday and Easter Saturday, it was just the latest example of the Corsa Cannibals phenomenon.

The culprits are stripping entire sections of the popular supermini’s bodywork, with five such crimes reported in Teeside over one weekend in December.

The latest gang struck in Chester-le-Street, Co Durham, removing the silver hood from a Corsa by smashing the front passenger window, popping the bonnet then unscrewing the front of the car to leave the engine exposed. A mechanic said that it could have taken as little as ten minutes to steal.

The car’s 45-year-old owner was asleep in his home just yards away. “I could not believe my eyes when I saw it,” he said. “My neighbour saw it first and she rang me to tell me the front of my car was missing.

“I am furious that someone has just taken what is not theirs and caused me a great deal of hassle. It was so brazen.”

Vauxhall said its cars are targeted because they are so common.

A spokesman said: “There are no security or design issues with our best-selling Corsa. The Corsa has been a huge sales success since it was launched over 25 years ago, so there are proportionally more on the road than other less popular models. This is wanton vandalism; if a thief is determined enough they can steal parts from any make of car.”

Acting Inspector Mel Sutherland, of Chester-le-Street Neighbourhood Team, told ChronicleLive: “We have had two of these crimes reported to us in the last week in Chester-le-Street and it is a method I have never seen in this area before.

“In the first instance I would always advise people to check and check again that their vehicle is locked and secure, however given that this type of crime is very specific and unusual I would also encourage people to be extra vigilant and to consider where they are parking their cars.”