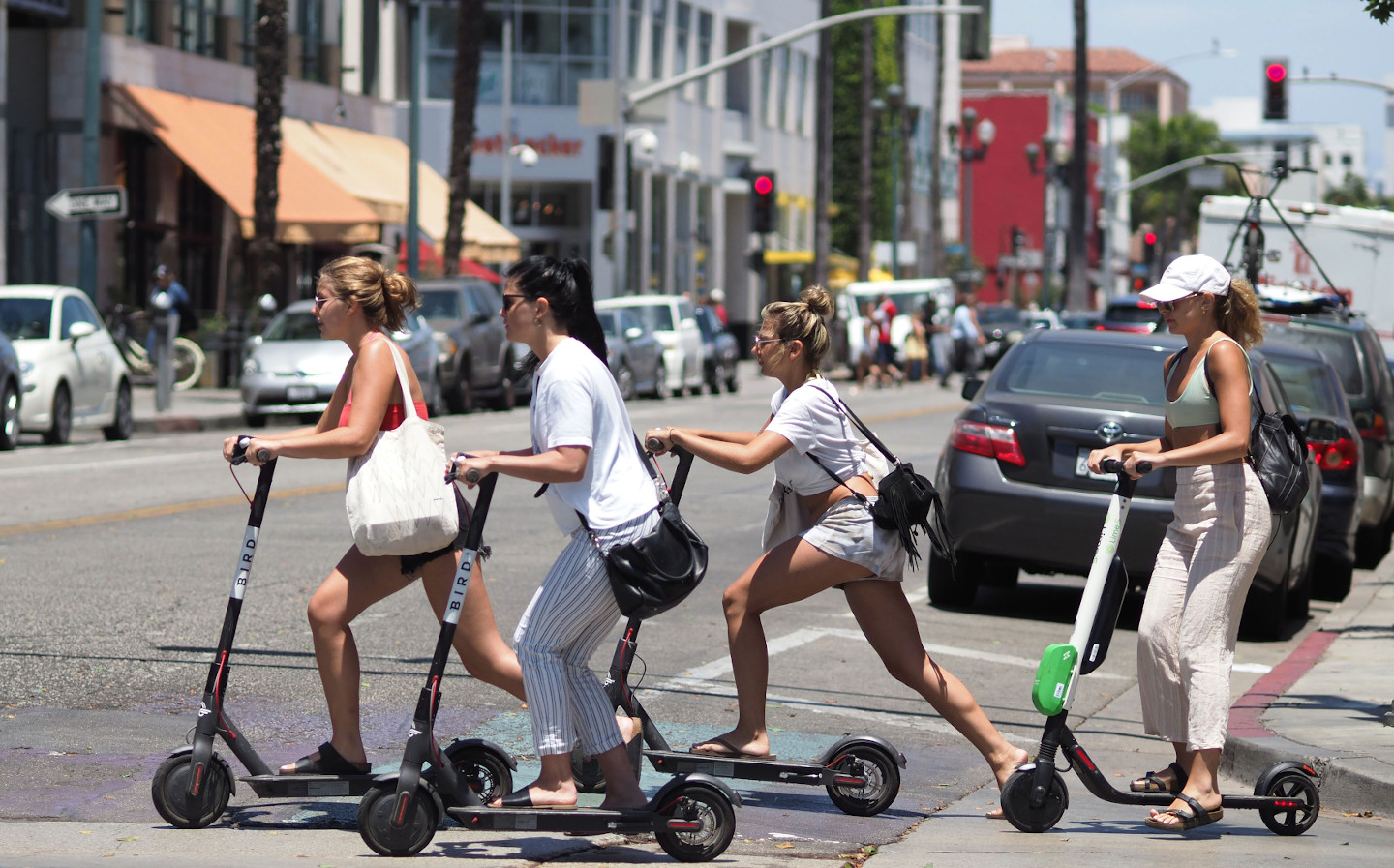 NEW PROPOSALS might see e-scooters legalised in Britain as commuters are urged not to use public transport.

The proposals are part of an ongoing Department for Transport consultation on the introduction of e-scooters to the UK. The scooters, classed as Personal Light Electric Vehicles (PLEVs) are currently illegal for use in the UK, apart from on private land. Supporters of the proposals point out that the UK is the only major European economy where this is the case – e-scooters are popular forms of urban transportation in many cities on the continent.

E-scooters are available for hire in more than 50 cities across Europe, according to The Times, and their use is also widespread across the US. The paper also reports that thousands of people ignore the UK law and use e-scooters in public.

Last year, television presenter and youtuber Emily Hartridge became the first person to die due to an electric scooter, after a collision with a lorry.

It was announced yesterday that Milton Keynes council would receive a trial fleet of 50 electric scooters, in order to test the viability of a national roll out. The scheme was reportedly not due to be undertaken until 2021, but was brought forward by Transport Secretary Grant Shapps in response to the coronavirus pandemic. Schemes will also be rolled out in Birmingham and Coventry.

The proposals would limit the use of e-scooters to public roads and cycle lanes. The 12.5mph speed restriction would mean that the scooters would travel at approximately the same speed as a bicycle in built up areas.

The consultation will also look at the possibility of increasing the proposed speed limit to 15.5mph, in line with electric bikes. During the trial period, people will need a driving license to use the PLEVs, but this rule is unlikely to stay in place after trials end.

Local councils will be given the power to choose whether or not the scooters are allowed in residential areas, the number of rental schemes available and restrictions on where the vehicles can be parked.

Many will see the introduction of e-scooters as providing a viable alternative to using public transport, especially for those who live in cities. Londoners are being encouraged not to use the city’s underground network where possible, due to the possibility of coronavirus infection. The government recommends using a bicycle, walking or using a car instead.

The Times reported today that demand for bicycles has gone through the roof, with nine of the 10 cheapest men’s and women’s bikes at Halfords either sold out or having limited availability. Auto manufacturers will hope to see a similar spike in demand for cars after sales of new cars fell by 97.3% in April, compared with the same month last year. People may see the prospect of e-scooters as a happy medium between the physical exertion of a bicycle and the high cost of a car.