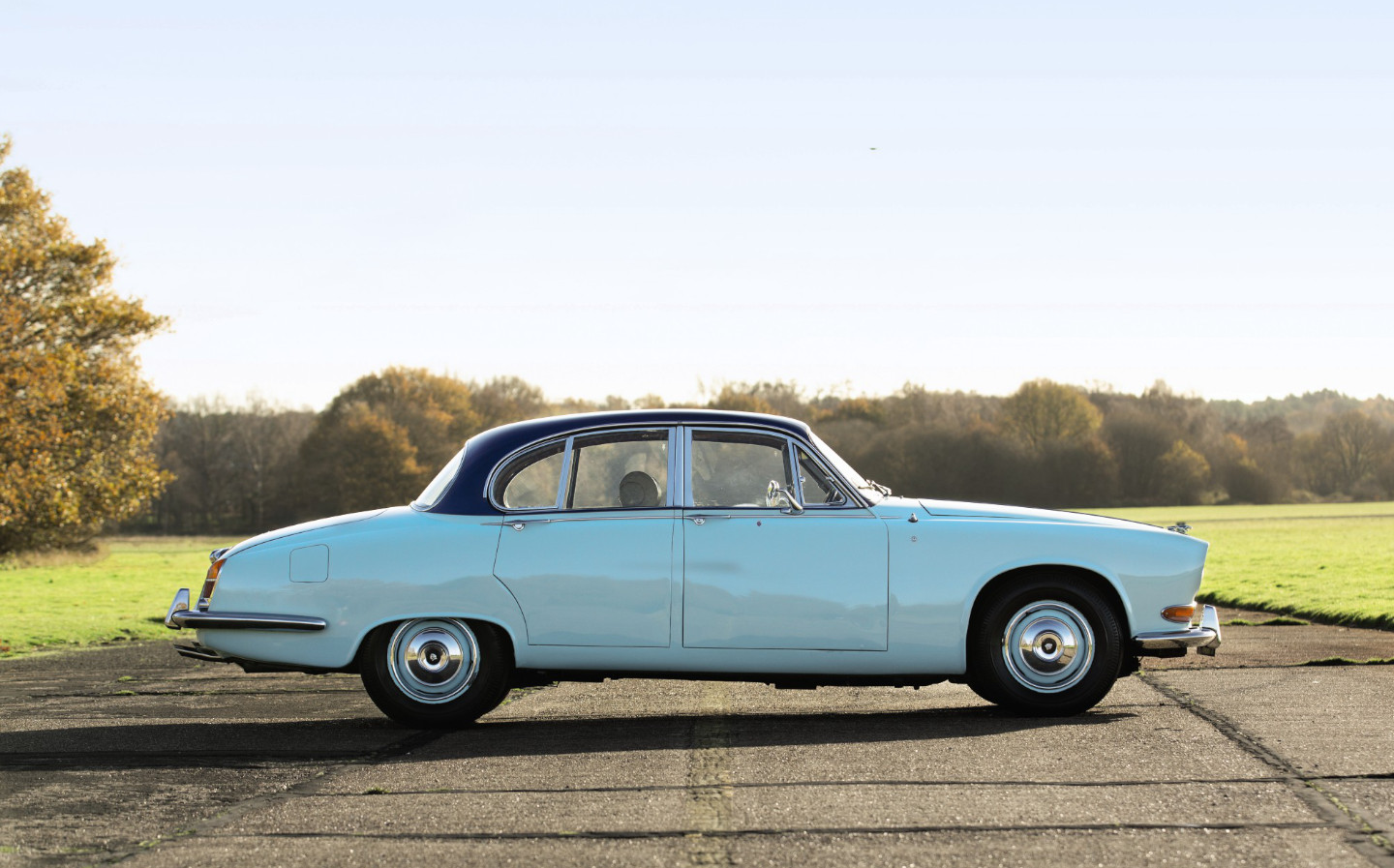 A JAGUAR belonging to Lord Mountbatten, the uncle of the Queen’s husband Prince Philip, has sold for £126,000 at Auction — around 10 times its pre-sale estimate.

The 1967 Jaguar 420 was estimated a few weeks ago to sell for between £10,000 and £20,000. It had been customised to Mountbatten’s exact specifications, including being painted the bespoke blue in which Mountbatten ordered all his cars, and was installed with one of the first heated windscreens fitted to any Jaguar, as well as a passenger headrest — standard now, of course, but unusual at the time.

Perhaps more regal is a mounting above the windscreen to which could be affixed a red crown that indicated to law enforcement that the driver was not someone to be flagged down for speeding.

Writing in his diary in 1972 after attending the funeral of the Duke of Windsor, Mountbatten said: “I drove myself up in the Jaguar. I had put the red crown up so as to have no trouble with the police and drove at very high speed, so much so that I reached the outskirts of old Windsor in just over one hour.”

Mountbatten owned the car for a period of around two years in the late 1960s, before it was sold onto its second owner. In 2008 — nearly three decades after Mountbatten’s assassination by the IRA — his family repurchased the car.

The 420 sold in decent numbers during its fairly short production run in the 1960s but was eclipsed by stablemates such as the much-loved E-Type and Mk.2.

It is powered by the same 4.2-litre straight six cylinder engine found in the Series 1 and Series 2 E-Types, although with one fewer carburettor. The unit was also used in the range-topping Mark X Saloon. In the 1,670kg 420, the engine puts out a claimed 245bhp — not at all shabby for the era, and around the same as a modern hot hatch.

The car was offered at the Sotheby’s Auction House yesterday (Wednesday, March 24) as part of The Family Collection of the late Countess Mountbatten of Burma — Lord Mountbatten’s daughter. The entire collection comprised 376 items including jewellery that belonged to Queen Victoria, a Qing Dynasty vase and an 18th century diamond brooch.

Over a marathon 11 hour auction, the lots fetched an accumulated £5.6m, nearly triple their pre-sale estimate. Only 2% of items failed to sell.

Other surprise big sellers from the auction included a ruby and diamond-encrusted pig-shaped evening bag (yes, you read that right), which sold for nearly £110,000, 40 times its estimate, as well as a painting of a former archbishop of Canterbury that sold for 75 times its estimate, at £189,000. There was also a novelty grenade-shaped table cigar lighter, which sold for £15,000 — 60 times the amount predicted.