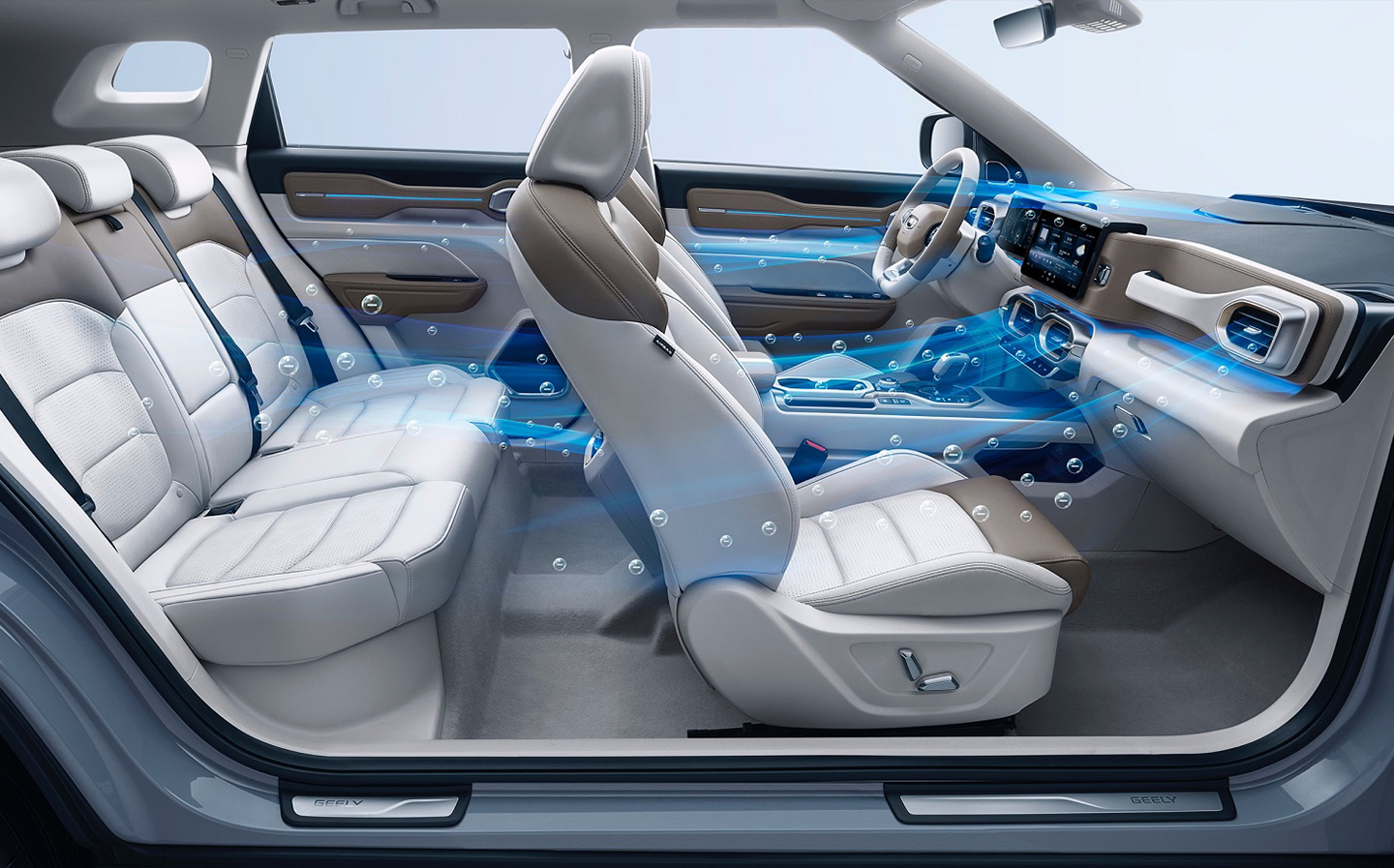 CHINESE carmaker Geely Auto, the parent company of which owns the Volvo and Lotus brands, has released a compact SUV that comes equipped with an air filtration system designed to prevent viruses such as the Covid-19 Coronavirus from entering the cabin.

The Geely Icon’s online launch on February 24 was watched by millions of people across China, and the company says 30,000 units were shifted in pre-orders alone.

The release comes only weeks after Geely pledged to spend $53m (£43.3m) on combating the virus, which has now killed more than 3,000 people worldwide, most of whom in China. The virus’ alarming outbreak began in Geely’s home country, where 2,912 deaths have been reported to date.

“In response to the new Coronavirus epidemic, Geely Auto developed in record time a new Intelligent Air Purification System (IAPS) that is N95 certified. This highly efficient air purification system works in tandem with the Icon’s air conditioner to isolate and eliminate harmful elements in the cabin air including bacteria and viruses,” said the company in a press release.

The N95 standard blocks at least 95% of very small (0.3 micron) particles. However, coronavirus particles often measure less than this, meaning that the filtration system is unlikely to be 100% effective. 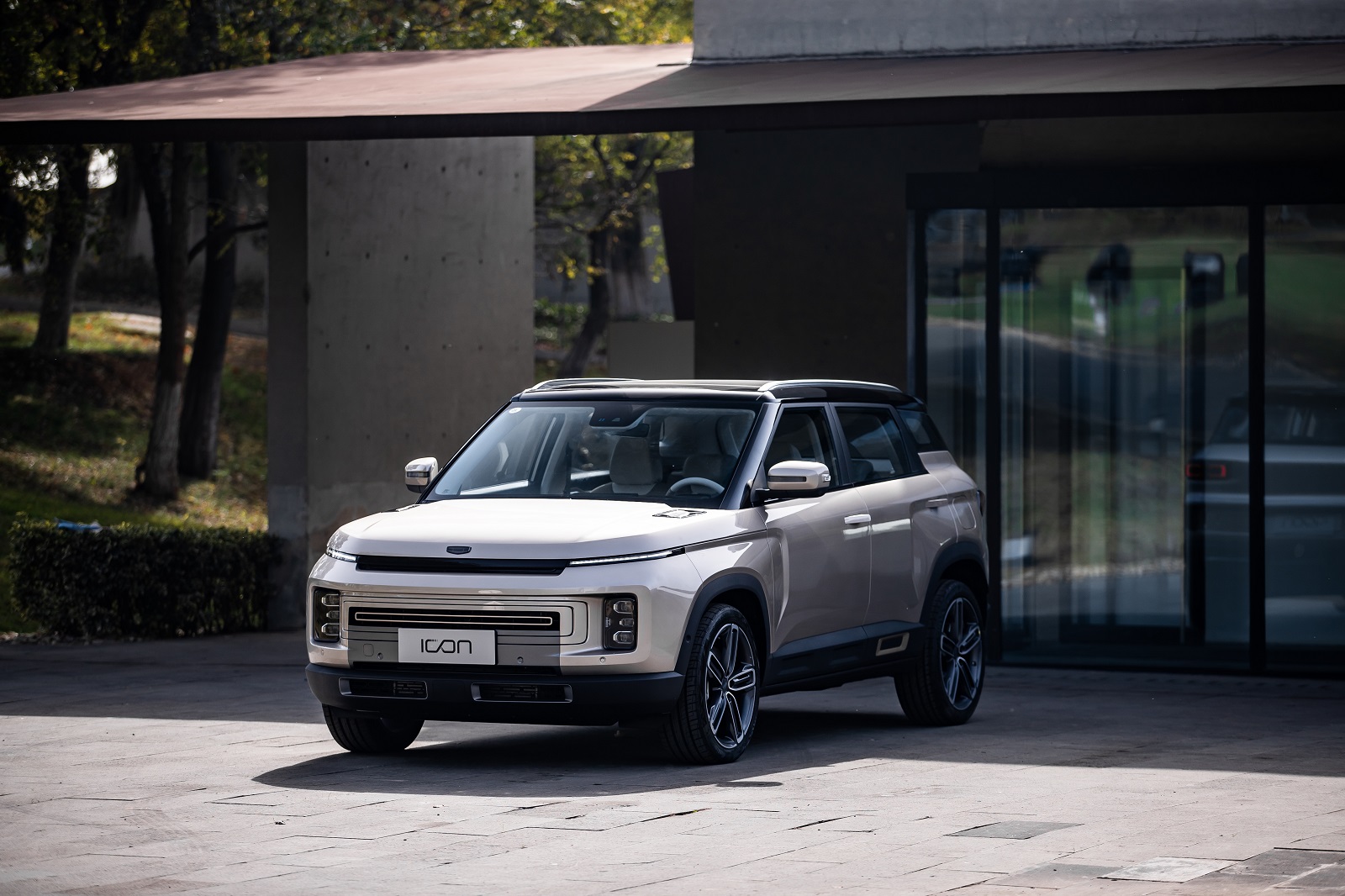 The Geely Icon is based on a concept that the Chinese company showed at the 2018 Beijing Motor Show, and is offered in petrol and hybrid setups. Its drive assist function can maintain the car in the correct lane, and five HD cameras alongside 12 ultrasonic radars also enable pedestrian recognition, automatic parking and automatic emergency braking.

Geely’s IAPS isn’t the fast advanced air filtration system to be introduced on cars. Many are now equipped to remove some of the toxic exhaust emissions that may enter the cabin from other vehicles, though American car maker Tesla made headlines after introducing the dramatically-named “Bioweapon Defense Mode” on its cars. This is claimed to remove “at least 99.97% of fine particular matter and gaseous pollutants, as well as bacteria, viruses, pollen and mould spores.”

On its website, the company says, “Bioweapon Defense Mode is not a marketing statement, it is real. You can literally survive a military grade bio attack by sitting in your car.”

During the California wildfires in November 2018, Tesla Model X owner Andrei Bulu posted pictures on Twitter claiming to show a dramatic improvement in air quality with the windows up and Bioweapon Defense Mode enabled.

The Covid-19 Coronavirus outbreak has triggered a large response in Europe, and caused the cancellation of the Geneva Motor Show, after the Swiss government suspended all events with more than 1,000 participants until at least March 15. The 2018 event attracted 660,000 people.

The event’s director estimated that the cancellation has cost the Geneva economy over £170m in lost spending. Switzerland’s neighbour Italy has been hit the hardest in Europe so far, with a confirmed death toll of 34.

Reviewed: Airbubbl, a new in-car air purifier claimed to remove NO2, particulates and more from the cabin