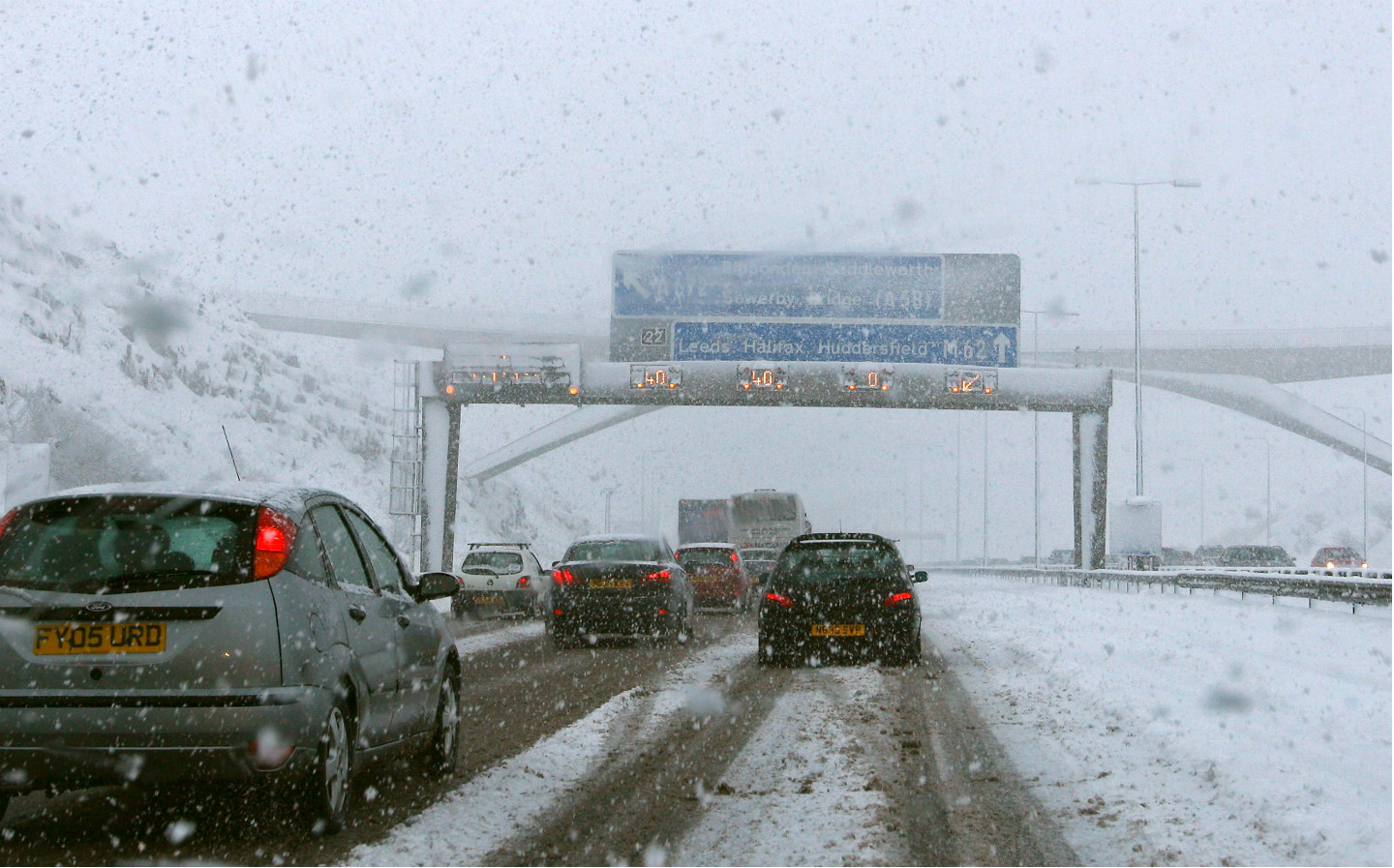 DRIVERS HAVE been sharing their experiences of tackling the M62 in blizzard-like conditions, as parts of the motorway between Leeds and Manchester remain closed due to snow and ice making for treacherous driving conditions.

Highways England called in the military for help, after thousands of people found themselves stuck on the M62 for up to 11 hours, leaving many to have to sleep in their cars.

The extreme winter weather has been caused by combination of the so-called Beast from the East and Storm Emma, which have created chaos across the UK.

One traffic police officer captured the moment that the weather turned on drivers, as he patrolled the M62.

This video shows just how quickly conditions can take a turn for the worse. Be prepared and #keepyourdistance #staysafe #M62 pic.twitter.com/NepN86y6QD

One minute the road surface is clean, the route ahead is clear and visibility is fine; the next drivers experience a white-out and the road is swamped by snow.

Carl Drennan, a truck driver, offered those stuck around him food and drink.

#M62 if anyone needs some food/drink near the summit, im in a big orange lorry ? with warehouse on the side, just knock on!! pic.twitter.com/PDsEXJdgKZ

This driver begged for drinks for her sick twins:

Urgent help needed. Mum with sick twins on m62 near j22 needs fluids. Please retweet and help if you see her car Black Kia 4×4 which says twins on board on the back in the 3rd lane registration ending FWM. @AeroFX @CarlDrennan007 @dive470 #HighwaysEngland pic.twitter.com/nOewCeWxu9

All we want is some actual info – if we are probably here overnight say so! If you estimate it will be 4 hours say so! Give people out here something tangible, so we have just done rough idea of timings . #M62

Several drivers caught the moment a rescue services vehicle burned to the ground, moments after it had been helping tow vehicles to safety.

That’s one way of getting rid of the snow on the m62 ??? pic.twitter.com/uNfgfhEYXd

Overnight, temperatures fell to -8C. Winds of up to 80mph threaten to bring more snow throughout the day. The Met Office has issued a yellow weather warning for the Greater Manchester area.

Members of the local community brought food and drinks to those who were stranded on the M62. Schools remain closed and public transport services are severely disrupted.

Stood in the cold giving out bottles of water and sandwiches to stranded motorists. #M62 #m62closure pic.twitter.com/rkBceDAdwo

This morning the police advised motorists to avoid the area: “Do not travel unless absolutely necessary… Anyone travelling to Manchester should follow only the marked diversion route and not sat navs; allow plenty of time for journeys.”

However, the Met Offcie says that by the weekend, the weather will have improved and temperatures are set to rise, bringing an end to the difficult conditions.