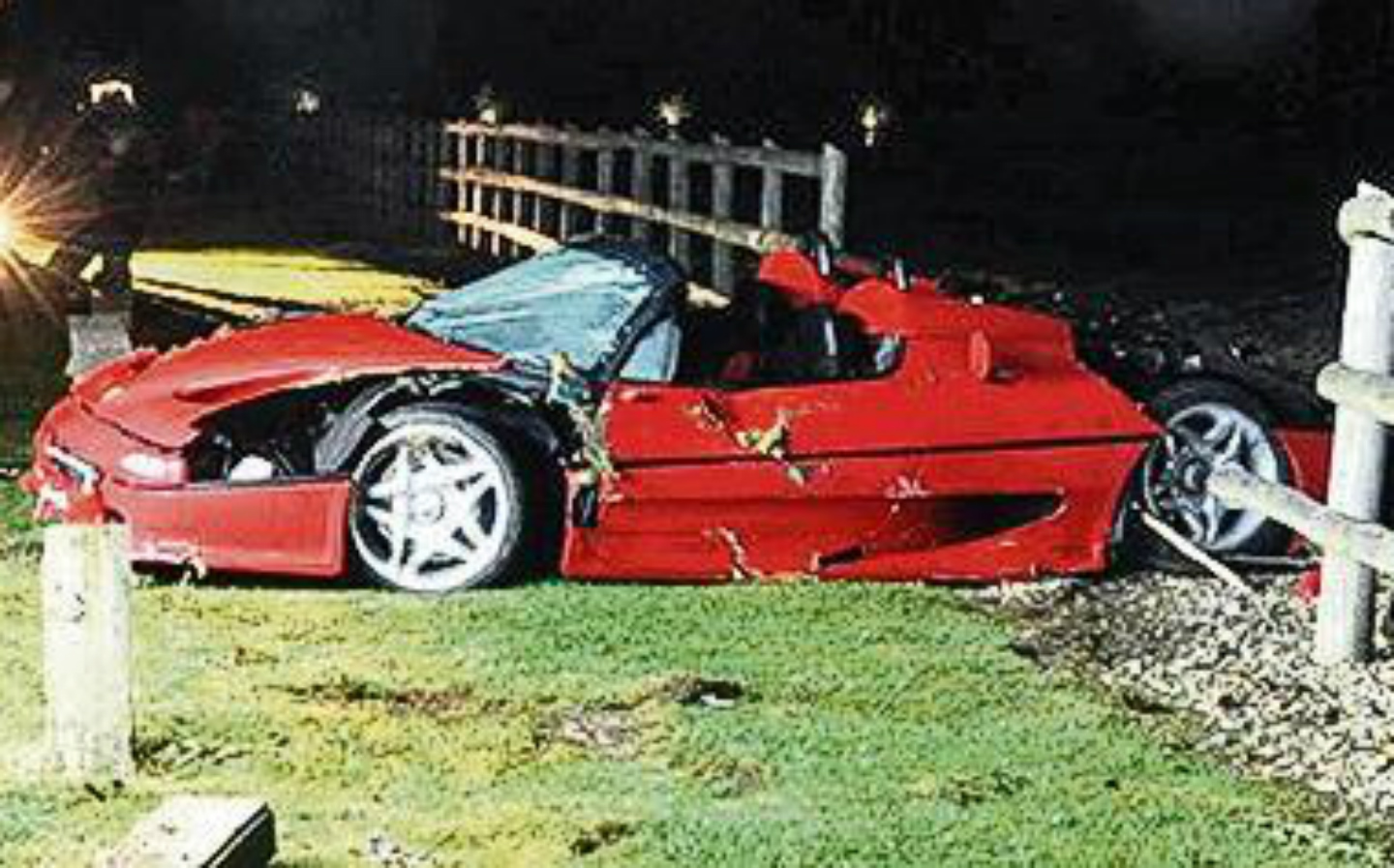 A BUSINESSMAN faces jail for causing the death of a 13-year-old boy after taking him for a drive in a classic Ferrari worth £1.2 million.

Matthew Cobden, 39, who runs a storage site for classic cars, lost control of the open-top red F50 on a farm lane and struck a fence post on August 22, 2016, flipping the car and sending it spinning through the air.

The victim, Alexander Worth, had been admiring the car and asked to take a photograph of it but Cobden offered him a ride instead. Neither was wearing a belt when they were thrown from their seats.

Cobden, of Walton-on-Thames, Surrey, was convicted by a majority verdict at Winchester crown court of causing death by careless driving.

The court heard that the car, which can reach 60mph in less than four seconds and had a claimed top speed of 201mph, “accelerated uncontrollably” down the lane in North Warnborough, Hampshire.

Cobden had blamed the crash on a mechanical defect and broke down while giving evidence, telling jurors: “It’s something I think about all the time.”

Describing the crash, he said: “I didn’t do anything stupid, I was just trying to do my job. The next thing I remember is being out of the car.”

The court heard that a motoring journalist had driven the car earlier that day at an airfield and reported no problems. A video to market the vehicle was shot at the airfield in Bruntingthorpe, Leicestershire.

The court heard that Justin Smith, who supplied car batteries to Cobden, had brought his partner, Arabella Worth, and her son Alexander with him when he visited the premises to make a delivery.

When the Ferrari was being unloaded from a vehicle transporter, Cobden offered to take Alexander for a ride after Mr Smith asked if they could take a photograph of the car. Mr Smith told the court that Alex “in a flash” dashed to get into the car.

Cobden told the court that he drove off in the car carefully, not exceeding the 10mph speed limit.

He added: “I’m in my client’s car and the last thing I want to do is cause any damage.” He said that he had not worn a seatbelt and had not asked Alexander to put one on.

The prosecution said that the car was travelling at about 40mph at the time of the collision.

Thomas Wilkins, for the prosecution, said: “Alexander died when the defendant’s car drove into a long fence post which launched the vehicle into the air, flipping it and turning it through 270 degrees.”

Cobden’s defence argued that Ferraris were “temperamental cars” with a latent error that caused them to go out of control. The engine could be prone to use only six of its 12 cylinders, with the car accelerating dangerously and unexpectedly when the other six kicked in.

The prosecution said that the car was well-maintained and the accident was caused by driver error.