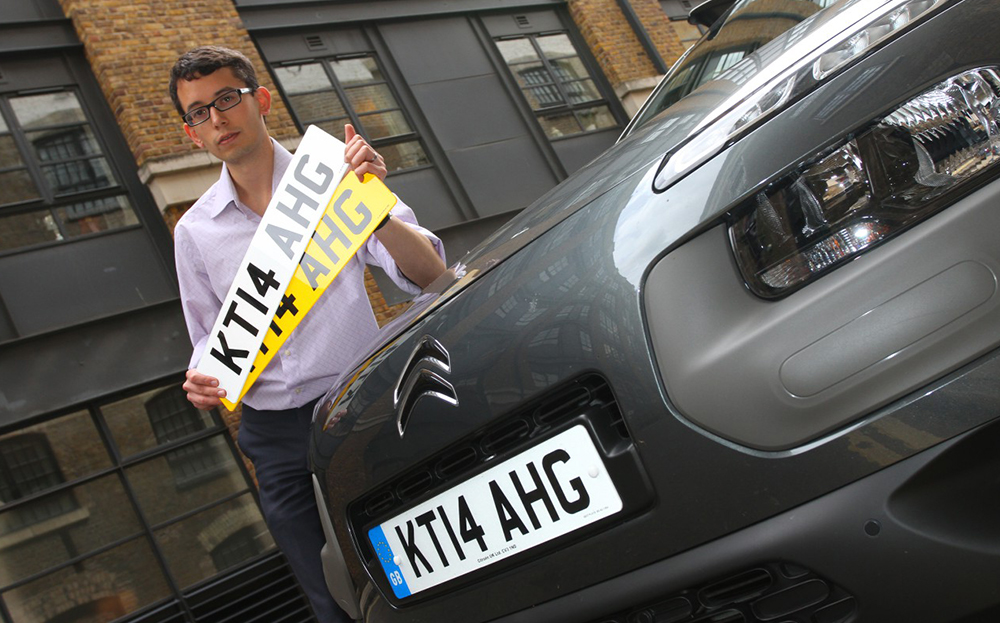 THE DIGITAL revolution that doomed the cassette tape and all but killed the postcard is about to claim the tax disc. From October 1, for the first time in 93 years, British motorists will no longer have to display on their car windscreen proof that they have paid to drive on the roads.

A digital database of every car, motorcycle, van and lorry on the road will replace the perforated circle of paper, saving, it is claimed, £7m a year in administration costs — minus the cost of producing a bizarre video advertising campaign featuring aman talking to a giant tax disc.

The Driver and Vehicle Licensing Agency (DVLA) says the savings — equating to 18p for each driver in Britain — will be of benefit to motorists. But there are two other groups of people celebrating the new database more: uninsured drivers and car thieves, who will find it far easier to steal the identity of a legitimate car to cloak their dodgy motor.

Without the need for a tax disc with the correct registration number, it will be simpler for crooks to disguise stolen cars using a set of fabricated numberplates that have been copied from a properly taxed vehicle of the same make, model and colour.

To the thousands of automatic numberplate recognition (ANPR) cameras across the road network that will enforce the new tax regime, the cloned car will be indistinguishable from the legitimate one, helping dishonest drivers to evade insurance, MoT checks, road tax and speeding fines — which will be sent to the innocent owner of the genuine plates.

The law was tightened in 2003 by forcing UK numberplate suppliers to register with the Department for Transport and to sign up to a code of conduct that included a requirement for anyone ordering plates to provide proof that they owned the car.

However, The Sunday Times has demonstrated that duplicate plates can be obtained with just a few clicks of a computer mouse and without proof of vehicle ownership. Last week we paid £15.98 for two numberplates from My Showplates, based in Jersey, and received them the next day. Nothing about the transaction was illegal. The registration number was for a car that belonged to a motor manufacturer, which we informed of our intentions.

“You can go online and get [cloned] numberplates through the post,” says Nigel Wilkinson, a former detective chief inspector in Northumbria, who led national efforts to tackle car crime and now runs his own security agency.

“At car boot sales you can even see a man with a numberplate press making plates.

“Without tax discs I think that there will be an increase in cloned cars and an increase in innocent purchasers who buy these cars without realising that they are cloned.”

The Thatcham research centre, which carries out tests for the motor insurance industry, says it has worked with manufacturers to increase security against car cloning by including information tags on glass and panels. These, however, rely on police stopping cars and making checks.

“Removing the need to display a tax disc makes it easier to clone a car,” says Mike Briggs, manager of vehicle security research at Thatcham.

“There is a huge issue around [the cloning of] registration plates, and ANPR is only as good as the numberplate it picks up. Tax discs are a layer of security that has gone.

“There are other methods of spotting clones. Can we actually have a camera network that will recognise that there is more than one vehicle on the road at the same time?”

Without tax discs police will rely on the vast network of more than 8,000 ANPR cameras on Britain’s roads. Along with hundreds of cameras fitted to police cars, they capture 25m images of passing cars each day, checking details against databases for insurance, vehicle tax and MoT and police lists.

ANPR cameras are also mounted on a fleet of vans that drive around the country spotting cars that have been declared “off road”. The system sounds an alert if an untaxed car is spotted, and the information is passed to police.

An additional 15 vans, operated by NSL, an outsourcing firm, are tasked with clamping untaxed cars and also carry ANPR cameras to identify offenders.

Each read plate is stored in the national ANPR data centre, in Hendon, north London. Police can obtain permission to access the database for a specific investigation and then track vehicles’ movements over the previous two years.

Numberplates read by the cameras are checked against the DVLA database and used to identify vehicles whose owners have not paid tax. In-car cameras issue immediate alerts to officers. The cameras are, however, unable to spot cloned cars, even when the same numberplate is spotted at a similar time elsewhere.

The DVLA, which administers the tax system, has begun a review of the security of car registration to “minimise the risk of numberplates being used for criminal purposes”. Nevertheless, it said it did not expect an increase in cloning as a result of the discontinuation of the disc.

Since 2011 the law has required drivers to keep their car continuously taxed. If drivers fail to do so, they face having their car clamped or crushed. The courts can also impose a fine of £1,000.

What are the new rules for tax discs?