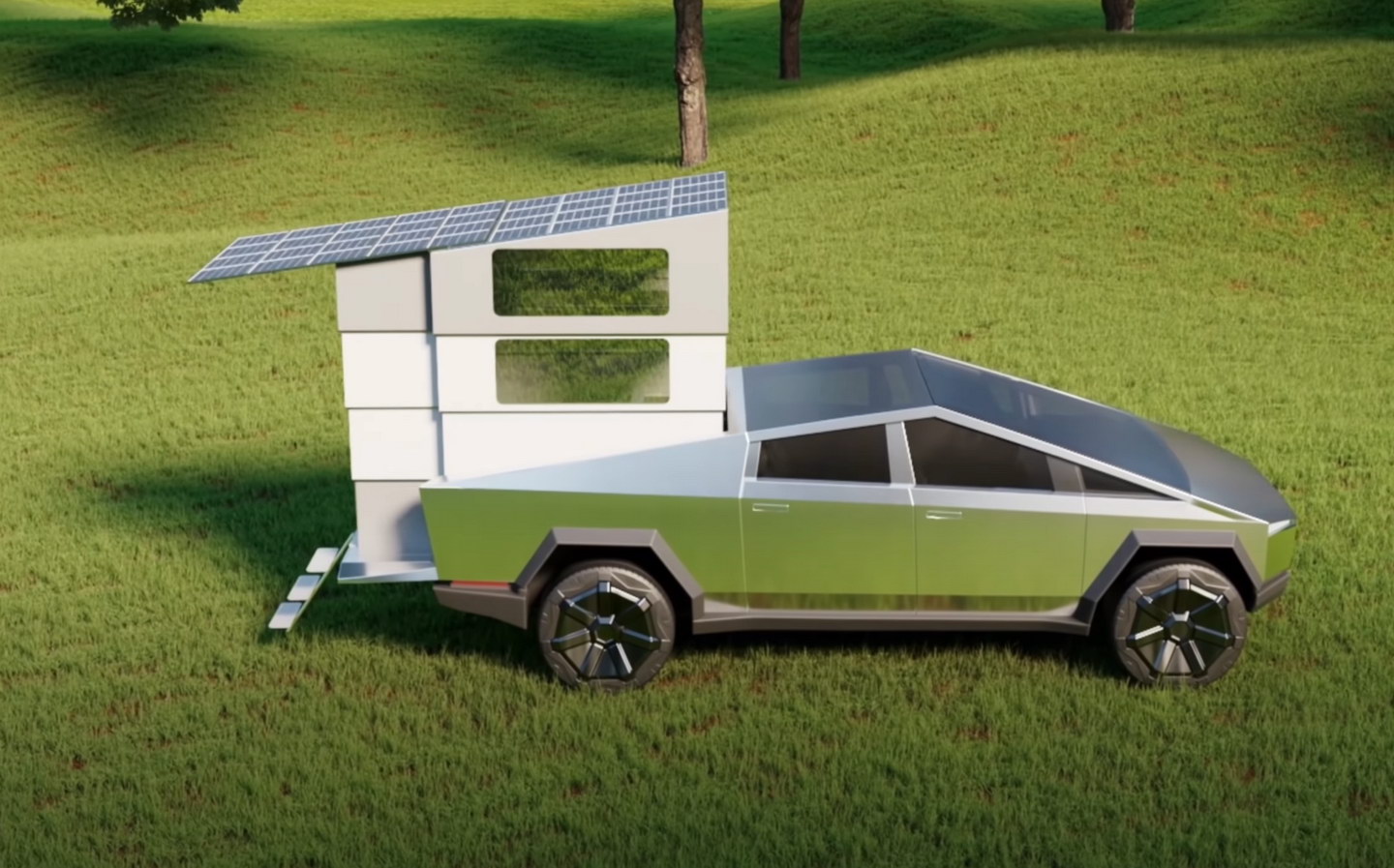 AN AMERICAN company, Stream It, has released images and video of a camper conversion it says it will produce for Tesla’s Cybertruck.

Despite having no background in manufacturing, the Texas-based company announced that it will build an attachment for the load-bed of the Cybertruck allowing owners to turn their electric pick-ups into little homes on wheels.

The converted vehicle will be known as the Cyberlandr, combining Cybertruck with “overlander”, an off-roader designed for camping in inaccessible places. 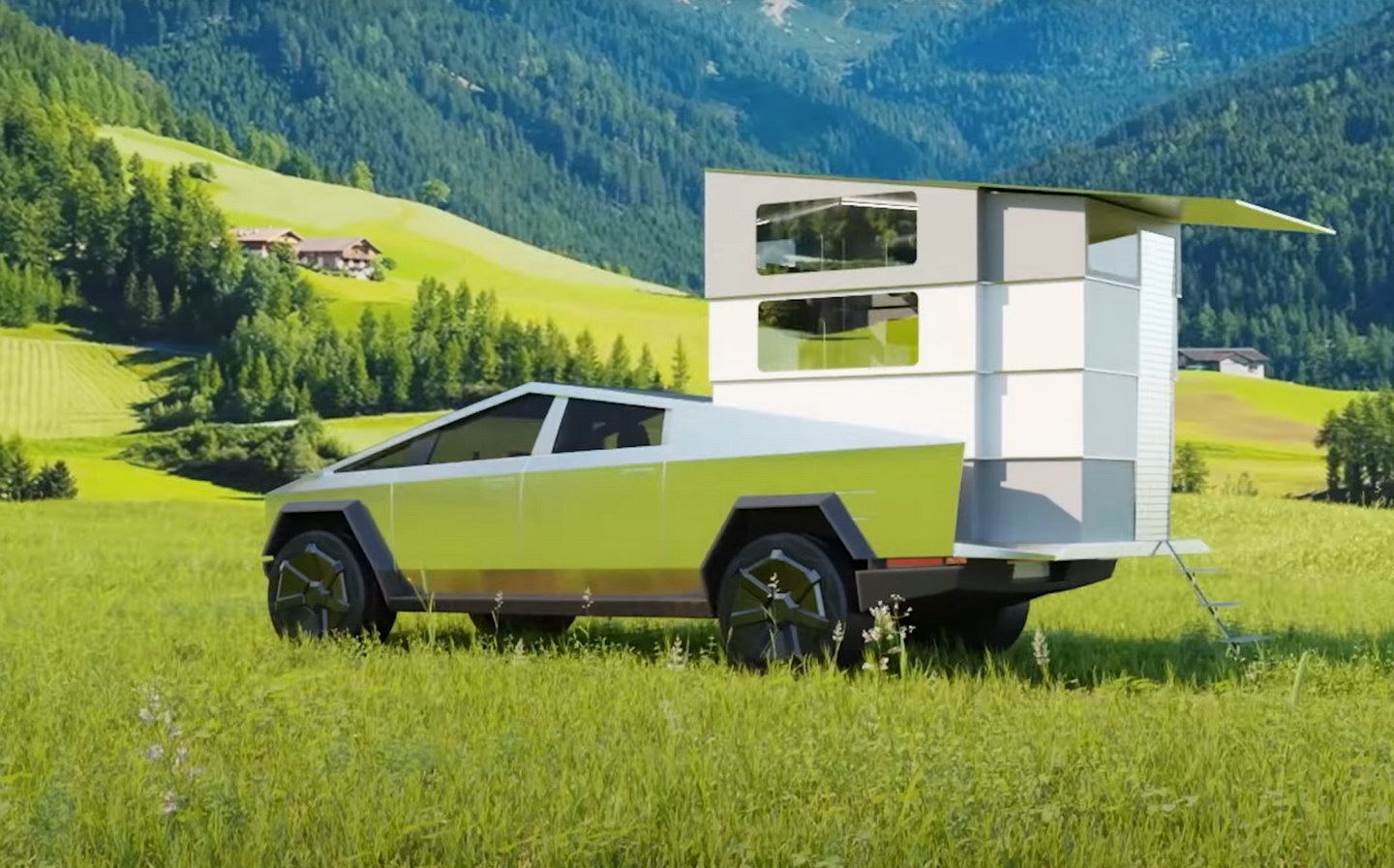 According to Stream It’s CEO, Lance King, the idea was inspired by his and his team’s love of camping and overlanding.

Projected pricing for the Cyberlandr conversion is around $50,000 (£37,000) and the vehicle has already attracted considerable interest with almost £60 million in pre-orders.

Elon Musk certainly seems to like it, tweeting in July: “It’s cool”.

The Cyberlandr’s kitchen will feature a sink with a voice-controlled tap as well as a fridge and an invisible induction hob built into the work surface. 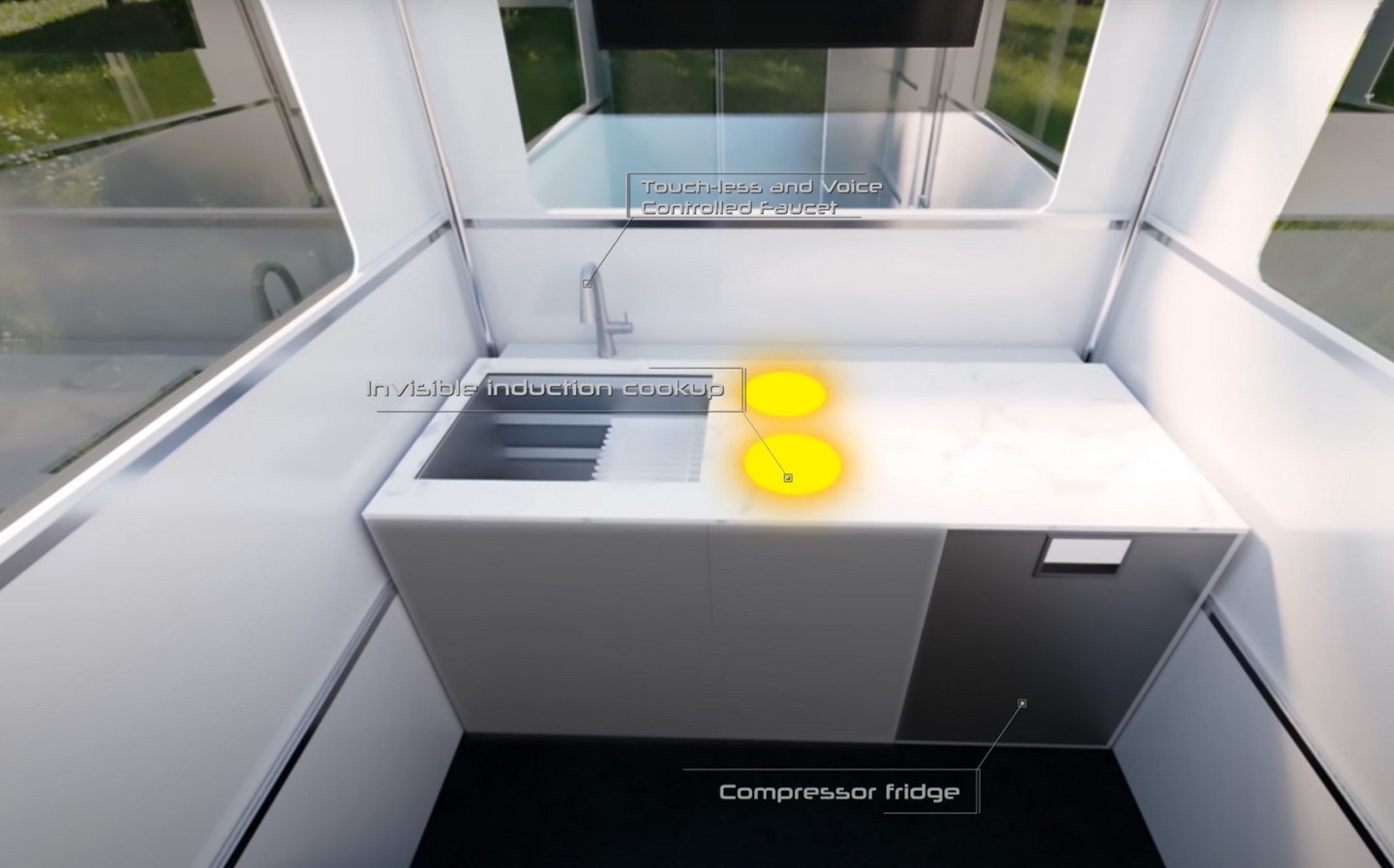 Next door, the living room will feature removable seats, swivelling tables, phone- or voice-operated lights and a 32-inch smart TV. A satellite dish on the roof provides an internet connection.

With the seats and tables stowed away, the living room doubles-up as an office, dining-room or bedroom. The bed is roughly queen-sized and there’s space underneath to sleep children.

There’ll be no trekking across to campsite toilets in the middle of the night either. The on-board bathroom features a shower, sink and toilet. Underfloor heating means your toes won’t get cold. 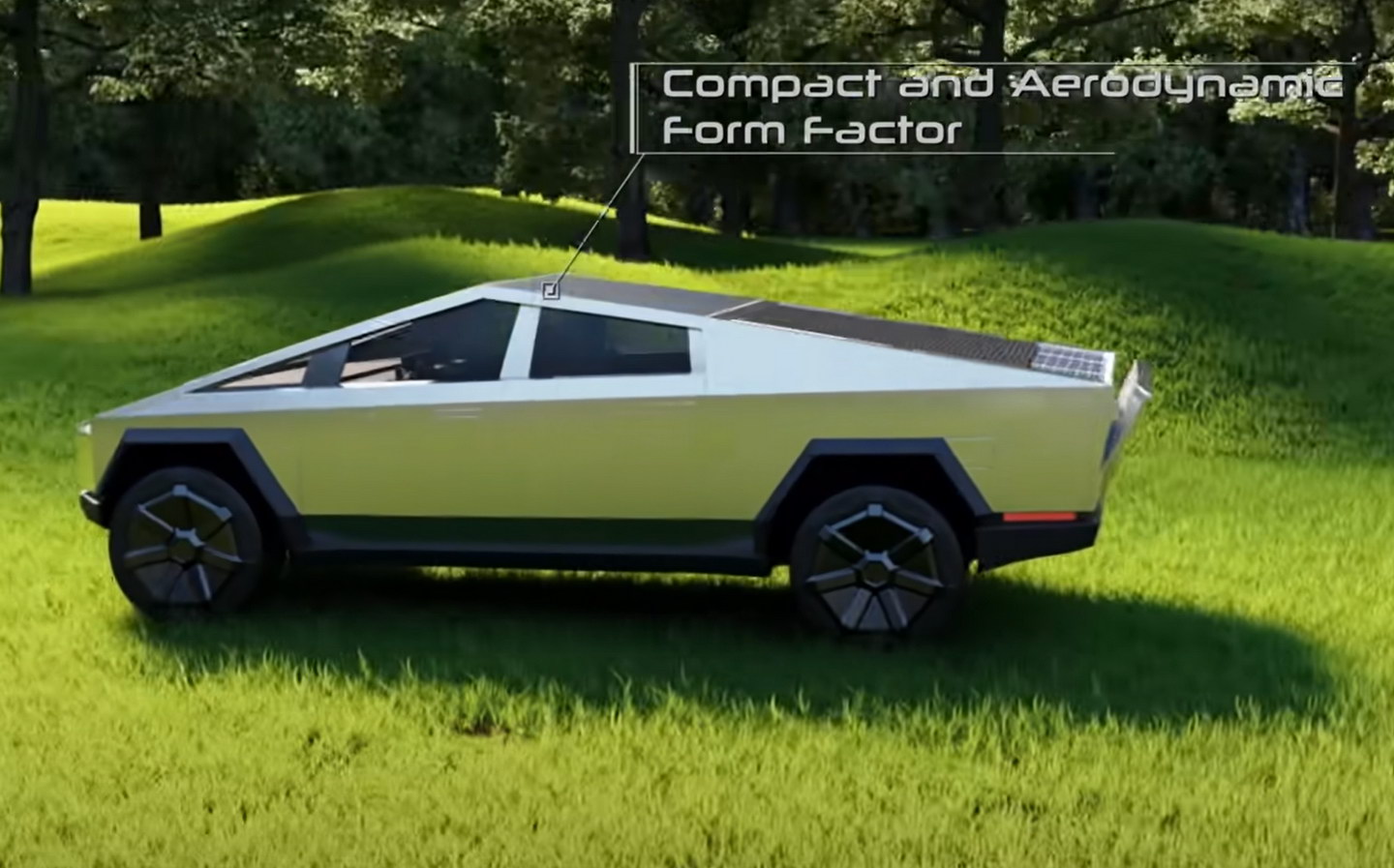 When it comes time to drive, the living area folds away neatly into the Cybertruck’s load bed, as shown by a video simulation of the design.

Because the Cyberlandr team doesn’t yet have the final Cybertruck measurements, customers almost certainly won’t get their Cyberlandrs before the Cybertruck is released. The final design will have to be tweaked according to the Tesla’s final specs.

The due-date of the Cybertruck has pushed back several times with the current projected date for deliveries, according to Musk, being late 2022.

“We’re ramping up everything to make sure we can respond very quickly to those changes and get them out as soon as possible afterwards,” Lance King said. 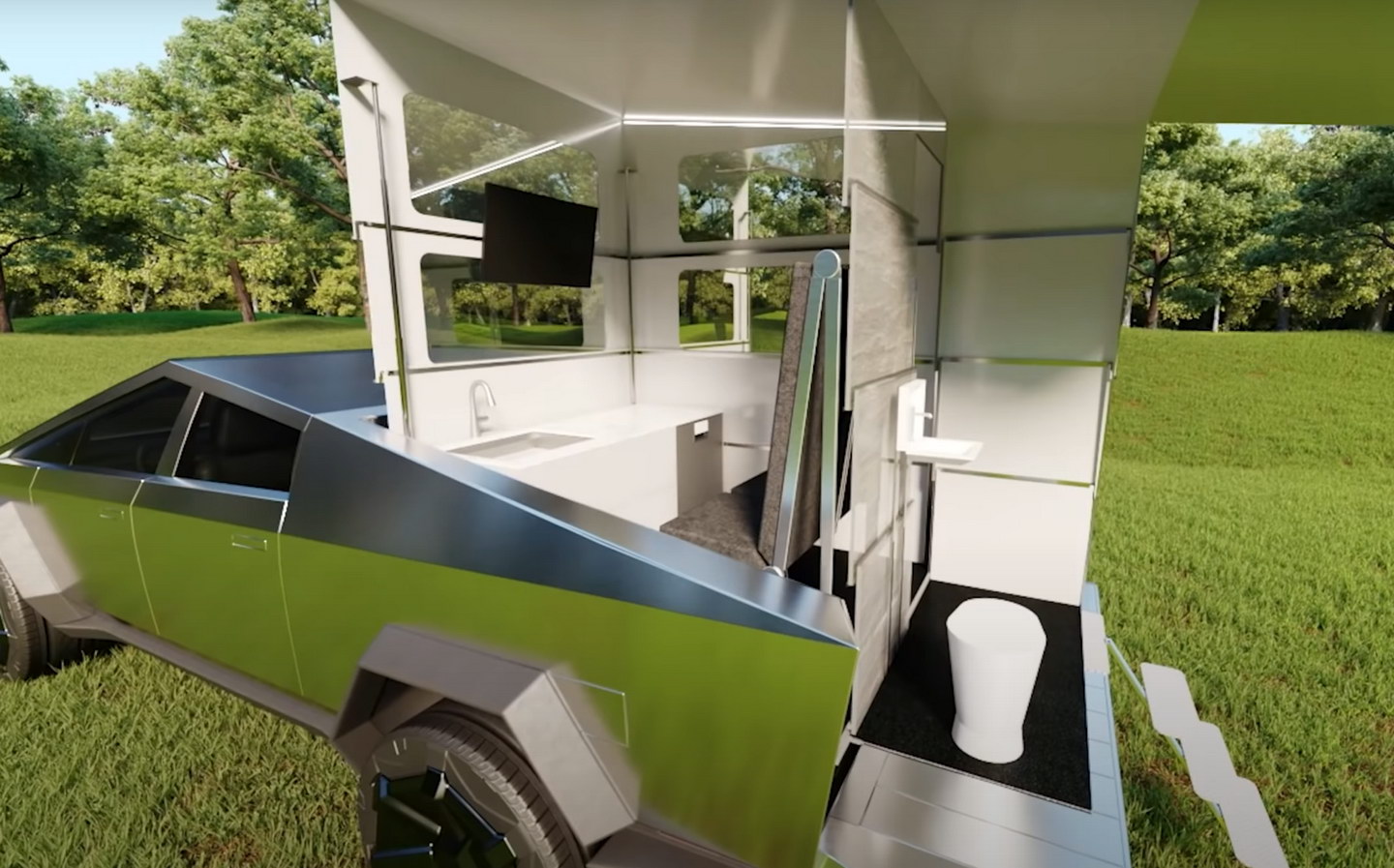 Stream It intends to produce the Cyberlandr in a factory outside Austin, Texas, just down the road from the Cybertruck’s production facility.

King is confident regarding Stream It’s lack of background in Recreational Vehicle (RV) production. He describes it as a “massive strength”, going on to say: “Tesla would never have been able to reinvent the car had they been in the car business. We think it was necessary to not be in the RV industry to create a truly new and unique product.”