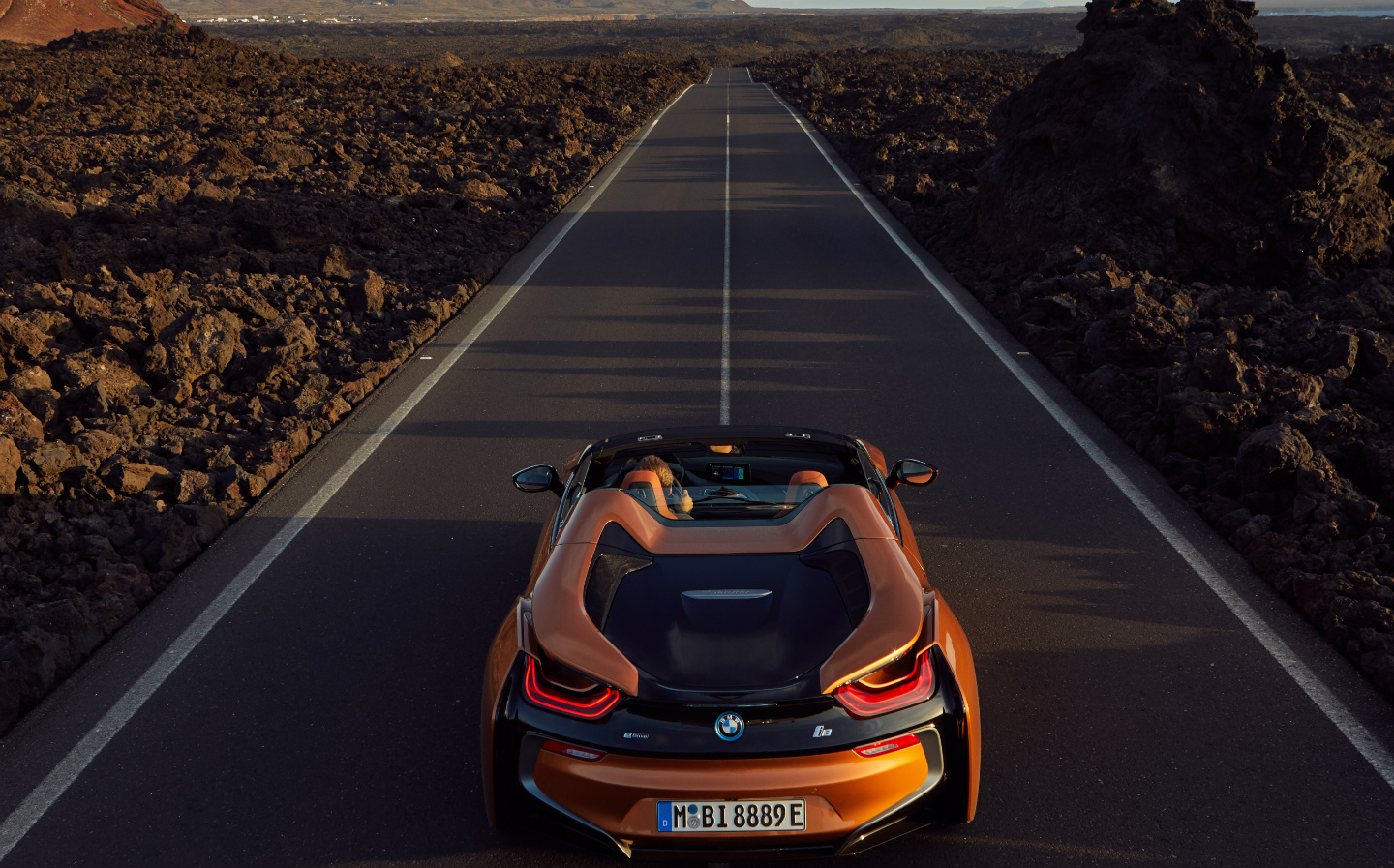 THE Los Angeles motor show is not the biggest in the world – it’s dwarfed by Frankfurt and Detroit – but it’s where car manufacturers most want to be seen. With Hollywood on its doorstep, the LA show is all about making a splash, so it’s where car companies unveil their wackiest and most extreme models.

It’s also the gateway to the huge car market of California – a state that, if it were a country, would have the sixth-largest economy in the world. And a state that embraces all things clean and green.

Jaguar Land Rover has a growing presence on the West Coast and paraded a new high-performance XE saloon, a V8 with nearly 600bhp, that recently lapped the Nürburgring, the company says, in a record 7 minutes and 21.2 seconds (read more here).

Some onlookers suggested the supercharged Jag represented the last hurrah for gas-guzzling petrol cars; elsewhere on the Jaguar stand the focus was on the electric cars, such as the I-Pace, that will reach Britain’s showrooms next year.

These are the other cars that caused a stir at the 2017 Los Angeles motor show.

When Jeremy Clarkson reviewed the BMW i8 for Driving, he summed it up in just one word: wow. With the launch of the roadster version, Californians are likely to go a step further: wowsers. The i8 was easily the most crowd-pulling sports car made by BMW. With the roof chopped off, it’s even more of a head-turner. Beneath the surface, it gets a more powerful battery, raising the electric driving range to 34 miles, though the three-cylinder turbocharged petrol engine remains the same. It goes on sale in the UK early next year — only five years after the German car maker first displayed the concept.

Infiniti, Nissan’s high-end marque, is banking on tighter regulations ushering in an era of cleaner, more efficient engines. Its continuously-variable-compression-ratio engine will be introduced in the new QX50, a mid-size crossover, and is said to combine the performance of petrol with the efficiency of diesel, delivering 35% better fuel economy than the V6 it replaces.

Lexus has for some time been looking enviously at the premium seven-seater market, especially the Audi Q7 and Volvo XC90. From next year British customers will have another choice — the RX L, with three rows of seats and the choice of a petrol engine or a petrol hybrid. Belatedly, Toyota’s luxury brand is taking the fight to the Germans.

A coupé with four doors? Mercedes engineers enjoy defying car categories, and the CLS is one of their more successful experiments. The new version, with a sleeker profile and pillar-less doors, is due in showrooms next March with an expected price tag of £57,000. The new CLS will again be a rival for the Audi A7 and Porsche Panamera – but crucially it will also spearhead the German manufacturer’s march into a low-emissions future with a 48-volt electrical system that can act as an auxiliary powertrain.

FT-AC stands for Future Toyota Adventure Concept. It’s a rugged Jeep-style off-roader aimed squarely at the West Coast dude market but could also cause a stir in Padstow. With chunky roof rails and LED spotlights in the spoiler and on the roof, it’s perfect for a spot of night-time surfing, and a detachable infrared camera lets you film yourself while you’re doing it. Industry sources have suggested Toyota is eager to pick up from where the Land Rover Defender left off; the British car maker has yet to confirm when it will launch a replacement for the stalwart 4×4.