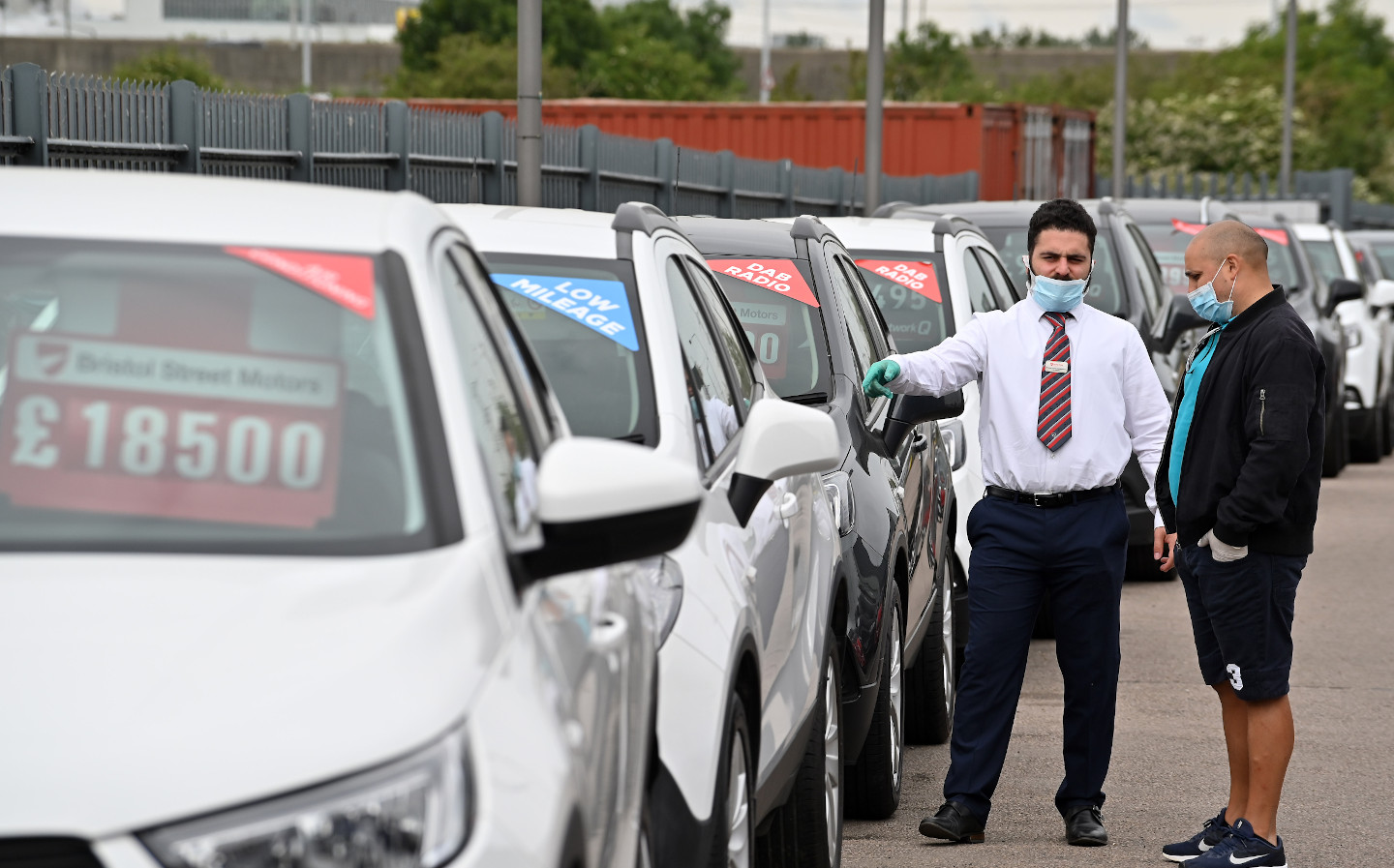 THE USED car market in the UK continues to recover from the Covid-19 pandemic, with the latest figures from the Society of Motor Manufacturers and Traders (SMMT) showing 108.6% year-on-year growth in the second quarter of 2021.

A total of 2,167,504 vehicle transactions took place from April to June, with April being the best month for the industry, recording 724,743 sales.

The strong used car sales is not just impressive compared with the disrupted sales during coronavirus, but is also up on pre-pandemic figures from 2019, with a 5% rise in April, 9.9% increase in May and 4.6% growth in June versus figures from the same months two years ago.

The most popular used car in Q2 of this year was the Ford Fiesta, with 94,206 transactions. That puts it well ahead of the second- and third-placed models, the Vauxhall Corsa (73,366) and Ford Focus (72,105) respectively.

Despite the popularity of crossovers and SUVs, only one such model, the Nissan Qashqai, made it into the top ten. But the dual-purpose segment did post a 147.7% increase in Q2, bumping up market share to 13.5%.

Also gaining popularity are electric cars and plug-in hybrids, with transactions tripling during the quarter. However, these electrified models still only account for 1.3% of the total used car market, as used values remain high due to their relative scarcity. That is likely to change significantly over the coming years, as more used electric vehicles hit the market; nearly 15% of new car sales for the year to date (153,139 registrations) have been pure-electric or plug-in hybrid.

However, the SMMT says the challenge to transition away from traditional fuels ‘remains significant’. Diesel and petrol engines account for 96.4% of the period’s used car market, with the majority of these being older, dirtier cars — only 12.7% of all vehicles sold during the period were aged three years or less, making it the lowest on record.

The SMMT’s chief executive, Mike Hawes, said: “This is welcome news for the used car market as transactions rebounded following nationwide lockdowns which closed retailers. More motorists are turning to used cars as supply shortages continue to affect the new car market, and the increased need for personal mobility with people remaining wary of public transport as they return to work.

“A buoyant used car market is necessary to maintain strong residual values which, in turn, supports new car transactions. We now need to see a similar rebound in new car sales to accelerate the fleet renewal necessary to deliver immediate and continuous improvements in air quality and carbon emissions.”

Sue Robinson, chief executive of the National Franchised Dealers Association (NFDA), said: “As anticipated, the used car market performed strongly in Q2 2021 as the nation unlocked and motorists had an increased need for personal mobility.

“The outlook for the used car sector is strong as supplies of new car vehicles remains constrained for the time being. We expect growth in the number of used plug-in vehicles coming onto the market in the coming quarters.”