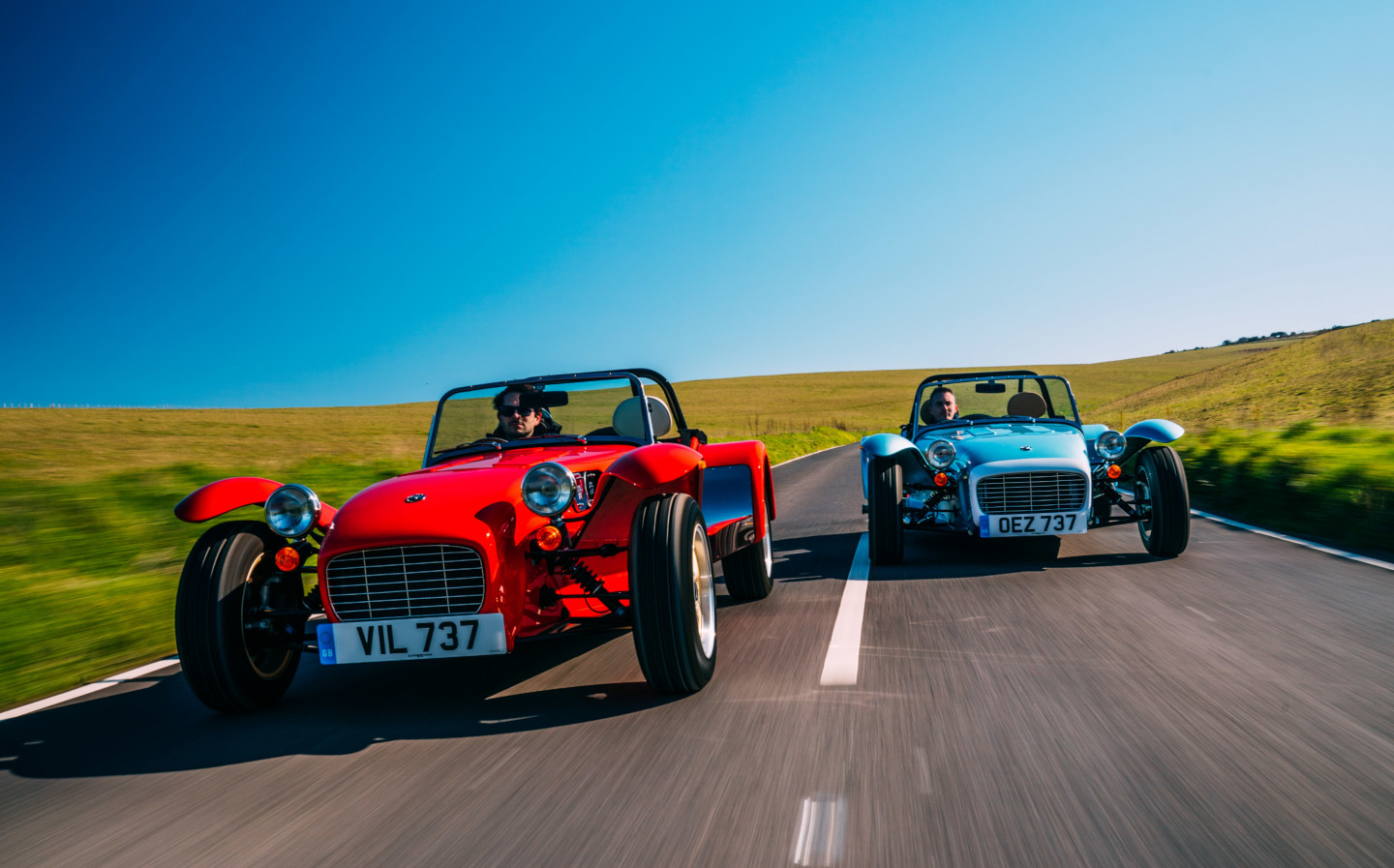 BRITISH sports car maker Caterham has said that there is “appetite” among its new shareholders to make an electric version of the much-loved Seven roadster.

The company announced today that it has been taken over by VT Holdings, a Japanese Automotive firm that has been an importer of the Caterham Seven for almost a decade. The company also brings models from other British brands including Lotus, Royal Enfield and Norton into Japan.

VT sells 120 Sevens in the country per year, making it the car maker’s biggest market outside of the UK.

In a statement, VT Holdings’ chief executive Kazuho Takahashi said: “VT Holdings is proud to welcome Caterham to the group. We have not only purchased a globally renowned performance car manufacturer but become custodians of a motoring legend.

“We will protect and develop the Seven to meet the legislative challenges that lie ahead.”

Takahashi is well-acquainted with sports cars and motorsport, having raced in series including the Japanese Grand Touring Championship (JGTC), Super GT and Super Taikyu championships, as well as at international events such as the 24 Hours of Le Mans. He retired from professional motor racing in 2019, after two decades of competition.

The “legislative challenges” he referenced undoubtedly refer to increasingly strict emissions regulations that apply across Europe, as well as the ban on the sale of new petrol and diesel cars in certain markets. In the UK, that will come into effect from 2030.

When asked by Driving.co.uk if the statement implied plans for an electric Seven at some point before 2030, a spokesperson said: “We’ve always got one eye on the future and embrace new technology when we can.

“While there are no immediate plans in place to develop an electric Seven there is certainly appetite from the new shareholders to explore an electric car in the future.

“We do think there would be interest in an electric Seven, or similar vehicle, under the Caterham name.

“Currently we do not think the electric drivetrain options available to us would suit the Seven and we aren’t prepared to sacrifice its character and driving experience.

“Technology in this area is obviously moving at a fast pace and we will be ready to embrace the right technology as soon as its available and suitable for our products.”

Such a transition poses a bigger challenge to a brand such as Caterham than most: the thrill of its cars relies on lightweight construction — something difficult to achieve in electric car design due to the weight of battery packs — and unlike compatriot Lotus (the brand from which Caterham sprung) it does not have the backing or ready-made electric underpinnings of a global parent company on which it can rely.

In a 2020 interview with Car Dealer, CEO Graham MacDonald said: “We have a car that weighs 450 to 500 kilos, the batteries would add another 300 kilos and you would be looking at £100,000 RRP just to cover the cost of the battery and power plants, so for us it’s not viable.”

Caterham sells three of every five cars it produces overseas. MacDonald has previously said that the brand has seen success during the periods of the coronavirus crisis in which dealerships have been open, mostly due to an uptick in used car sales. The company produced 550 cars in 2019 and recorded a £22m turnover.

Commenting on today’s announcement, MacDonald said: “Takahashi-san and the team truly understand the DNA of the Caterham brand, our heritage, our customers and our passions. As a team, we’re all excited about starting to write the next chapter for this very special brand.”