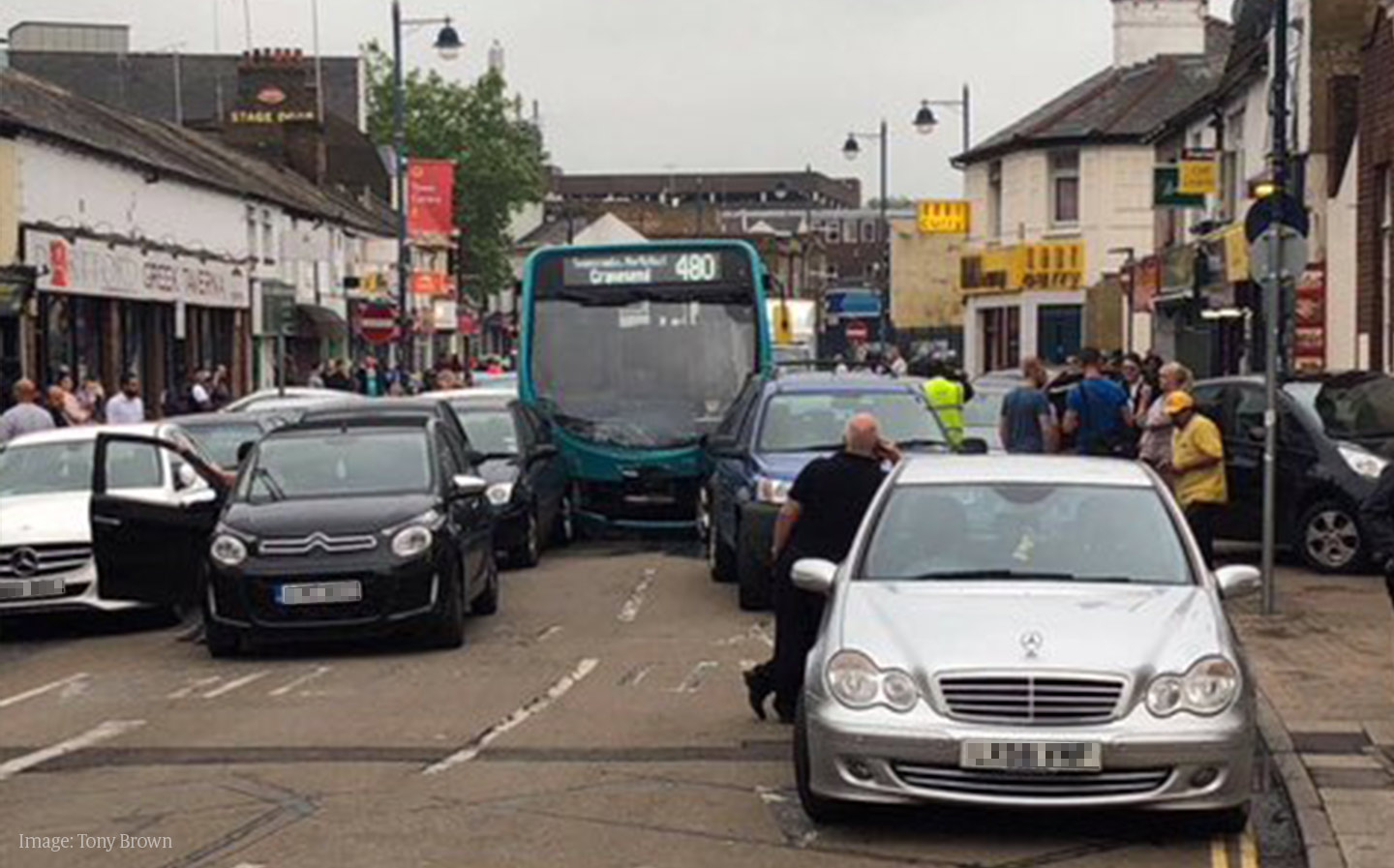 A BUS ploughed into dozens of cars in a busy town centre, creating a trail of devastation that left 16 people injured and astonished onlookers.

A total of 25 vehicles were damaged during the incident, which happened on Hythe Street, Dartford at about 7pm yesterday. Emergency and local authority services had to work through the night to clear the carnage left in the path of the Arriva bus.

The driver of the bus was arrested on suspicion of careless driving and is being treated in hospital.

Halal Uddin, who owns the nearby Indian takeaway Raja, said that the number of impacts meant he thought somebody was shooting.

He told the BBC: “I went inside my door, then I thought, ‘it’s coming’, so I looked outside and saw this bus [hitting] the cars, and heard people screaming.”

The emergency services treated a number of “walking wounded” at the scene.

One motorist caught up in the drama returned to their damaged vehicle only to discover it had been given a parking ticket. The ticket was later cancelled, according to Dartford Borough Council.

Tony Brown, 38, from Dartford, was going for a meal when the crash occurred: “Whether it was brake failure or the throttle jammed, he made it a good way through at least five rows of cars before coming to a stop.

“There were no visibly seriously injured people, but lots of people in shock and damaged cars.”

The Arriva bus company said: “Our thoughts are very much with all those affected.”