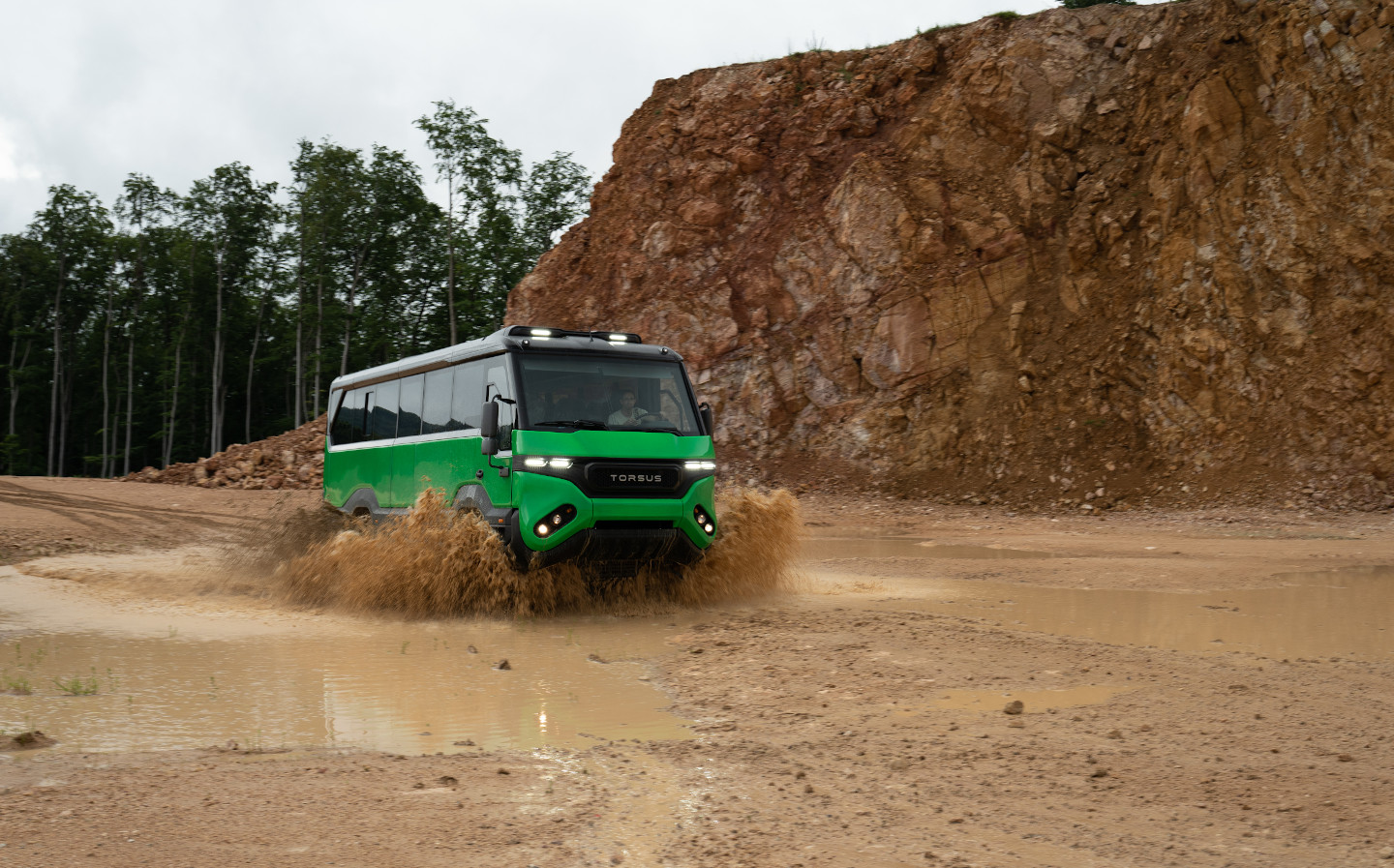 A CZECH company has modified its off road buses to allow passengers to travel in a socially distanced manner.

The Torsus Praetorian is an off-road bus usually capable of carrying up to 37 people, and able to wade in water up to 900mm — not much less than a Land Rover Defender. The buses are designed to be used to transport workers such as miners to and from their work safely. As foreign travel tentatively returns, the buses can also be used for adventure tourism. After the modifications are made to the bus, its capacity is only reduced by half.

What remains to be seen is if this sort of retrofitting will become something of a trend, as public transport services across the world struggle to balance the number of people returning to work alongside the need for social distancing on their vehicles. Reports from America (such as this one in Time) allege that some drivers ignore capacity rules while many passengers don’t wear face coverings. Capacity that has been cut by around four fifths mean that many people have to wait for multiple buses to pass before one with sufficient capacity allows them to board. 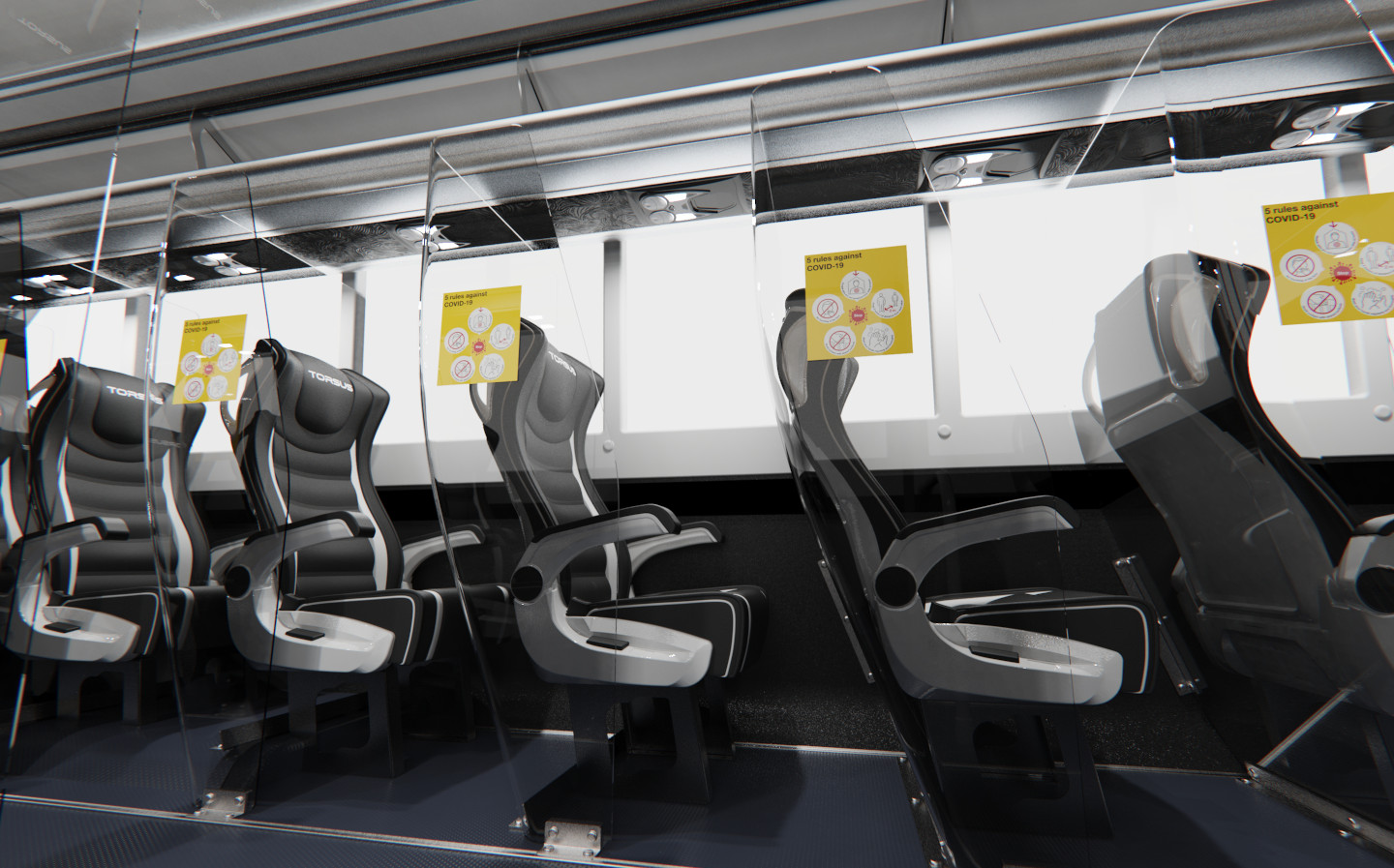 Meanwhile, wide-scale non compliance has been seen in the UK after rules compelling people to wear masks on public transport were introduced. Police were reportedly forced to stop almost 30,000 people over a single fortnight after the new rule was introduced, while Transport for London revealed that it was forced to stop 54,000 people for not wearing a mask during July. This meant that nearly 4,000 people were prevented from boarding buses, while a further 1,000 were ejected from services they had already managed to board.

The normal capacity of a single-decker London Bus is around 60. During the pandemic, this has been slashed to between 11 and 14.

The conversion of the Praetorian comprises taking one of the seats from the double row on each side of the bus, leaving a single seat per side.

Each seat on the bus is encased in its own “protective pod”, surrounded by 3.5mm-thick clear plastic. Buses made by Torsus before the coronavirus crisis can be retrofitted with the pandemic-era improvements and then converted back without any damage.

Fittingly for a bus “designed to transport personnel and equipment safely across the world’s harshest environments” and created with front-line military use in mind, the Praetorian is fitted with heavy-duty 4×4 transmission, Michelin off-road tyres, and body parts with military grade-coating.

The company has partnered up both with MAN Truck and Bus as well as VW to create the chassis and powertrain for the bus, which uses (like most commercial vehicles) a diesel engine — specifically, a 6.9-litre unit that can muster 286bhp and 848 lb ft of torque.

People rush to aid of SUV driver after bus collision