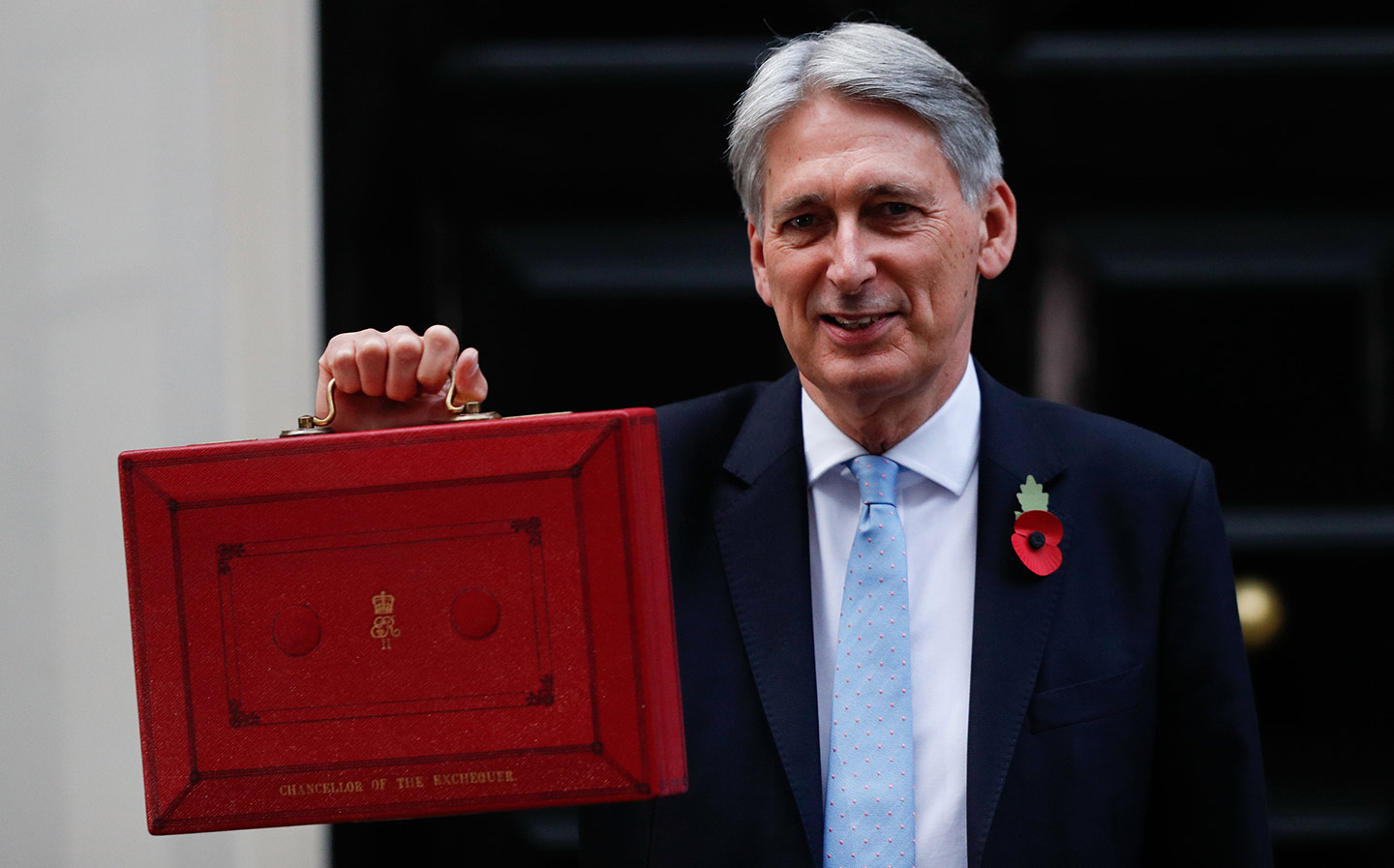 CHANCELLOR Phillip Hammond has outlined his latest Budget — the final one before Britain leaves the European Union in March next year — and there is some good news for motorists.

But he did adopt an optimistic tone, saying that the economy was “back on its feet again” and “working for everyone”, and the predicted budget deficit down to less than 1.4% next year, falling to 0.8% in 2023-24.

He therefore promised a number of spending commitments on the back of the “hard work of the British people”, including on Britain’s crumbling road network.

There is one fairly massive fly in the ointment, though — the potential of a “no deal” Brexit at the time of the UK’s departure from the EU, scheduled for March 29, 2019. In that scenario, Mr Hammond told Sky News, “We would need to look at a different strategy and frankly we’d need to have a new Budget that set out a different strategy for the future.”

In other words, let’s not count the chickens before they hatch.

Another announcement ahead of the Chancellor’s speech today was for around £30bn to be allocated to England’s roads.

Today, Philip Hammond confirmed £28.8bn will be used to upgrade England’s roads, with £25.5bn allocated to Highways England for road upgrades between 2020 and 2025, and a further £3.5bn of “new money” allocated to major local routes, which fall under the remits of local councils.

An additional £420m, on top of an existing fund of £300m, will be immediately set aside this year for local councils to tackle the growing number of potholes. However, this will also be used for other necessary fixes, such as bridge repairs and “other minor works”.

While nearly three quarter of a million pounds sounds like a good wedge with which to fix the pothole epidemic, even if not experts believe that amount is only enough to “paper over the cracks”. Earlier this year the Asphalt Industry Alliance said a one-off spend of £8bn would be needed to bring local roads in England up to scratch, with the latest estimates putting the bill at £9bn.

It said: “With one in five roads now classed as structurally poor, the most efficient way to deal with the problem of our failing roads is to provide local authorities with the resources they need to maintain them properly.”

Councils will also be given an extra £150m to improve road junctions on local roads.

The Times today reported that a safety review of road junctions is underway in response to a crash on the M40 on October 15 in which a pensioner took a wrong turn and drove his car and caravan for eight miles the wrong way down the motorway, killing himself, his wife and a 32-year-old driving a Ford Mondeo.

RAC chief engineer David Bizley said the extra money was “good news” for motorists but warned the government needed to look at a long-term strategy to “eliminate the backlog in preventative maintenance”, according to the BBC.

With Hammond’s speech coming on the day before Halloween, Edmund King, AA president, called it a “Tick or Treat Budget”, because: “The new £420 million for potholes is an immediate ‘treat’, which has to be spent by the end of April. However the ‘trick’ is the pothole backlog of £9bn, therefore the treat is a drop in the ocean.

“The race is on to get working on UK roads before winter sets in. We hope councils will be able to treat roads before they get dangerously tricky.”

It was a surprise move because Philip Hammond had previously told media that doing so would cost the Treasury £800m a year, on the basis that the public finances are normally calculated on the basis that fuel duty will increase.

But as 2018 has so far seen the fastest increase in petrol and diesel prices since 1990, according to the RAC, any increases to fuel duty might have resulted in a backlash from motorists, especially given the positive rhetoric coming from the Treasury.

However, lobbying group FairFuelUK pointed out that fuel duty in the UK is much higher than in many other developed nations and in fact urged the government to cut duty, in order to help stimulate the economy. “Our 57.95p per litre in fuel duty level towers over Australia’s 21p and the US’s at 10.4p per litre,” it said.

The Chancellor has decide not to raise Insurance Premium Tax (IPT), which would have resulted in the charges being passed on to drivers. But the industry points out that in the last two years, IPT has has doubled from 6% to 12%, so the Budget 2018 freeze is welcome relief for motorists, particularly young drivers, who pay the most for insurance.

King said: “IPT affects young drivers most and it is a pity that the Chancellor did not take the opportunity to cut this insidious tax for young new drivers who choose to insure their first car with telematics or ‘black box’ cover.”

There was no mention of electric cars in the Budget, which surprised some industry experts, given that the topic is such a hot one right now.

A recent report by the Business, Energy and Industrial Strategy Committee, a group of Labour and Conservative MPs, criticised the Government’s current ‘Road to Zero’ strategy, which aims to see only sales of new “effectively zero emissions” vehicles by 2040. It said this language was “vague and unambitious” and the UK should commit to sales of only “genuinely zero emissions” vehicles, and that the date should be brought forward to 2032.

To reach either target, the government will need to provide significant incentives for motorists to make the switch, as well as the infrastructure for public and home recharging.

Oliver Rix, Partner in Energy & Resources at Baringa Partners, a business and technology consultancy, reminded us that incentives are actually being removed: “The lack of any announcements in today’s Budget aimed at supporting the uptake of electric vehicles, is incredibly disappointing. Last week, the Government scrapped its grant for plug-in hybrids, which was an essential support for both consumers and the motor industry in the early stages of the transition towards the Government’s goals for 100% electric vehicles.”

The AA expressed its disappointment that company car drivers are not being incentivised to switch to electric, and in fact the government is making it less attractive for business users to go electric in the coming months.

King said: “The Government has missed a trick to get fossil fuelled cars off the road as quickly as possible. It is ridiculous that company car tax for electric cars goes up to 16% in 2019-20 before coming down to 2% the following year. The Chancellor could have brought forward this proposal like he had with the personal tax allowance.”

All new cars sold in UK should be pure-electric by 2032, say MPs