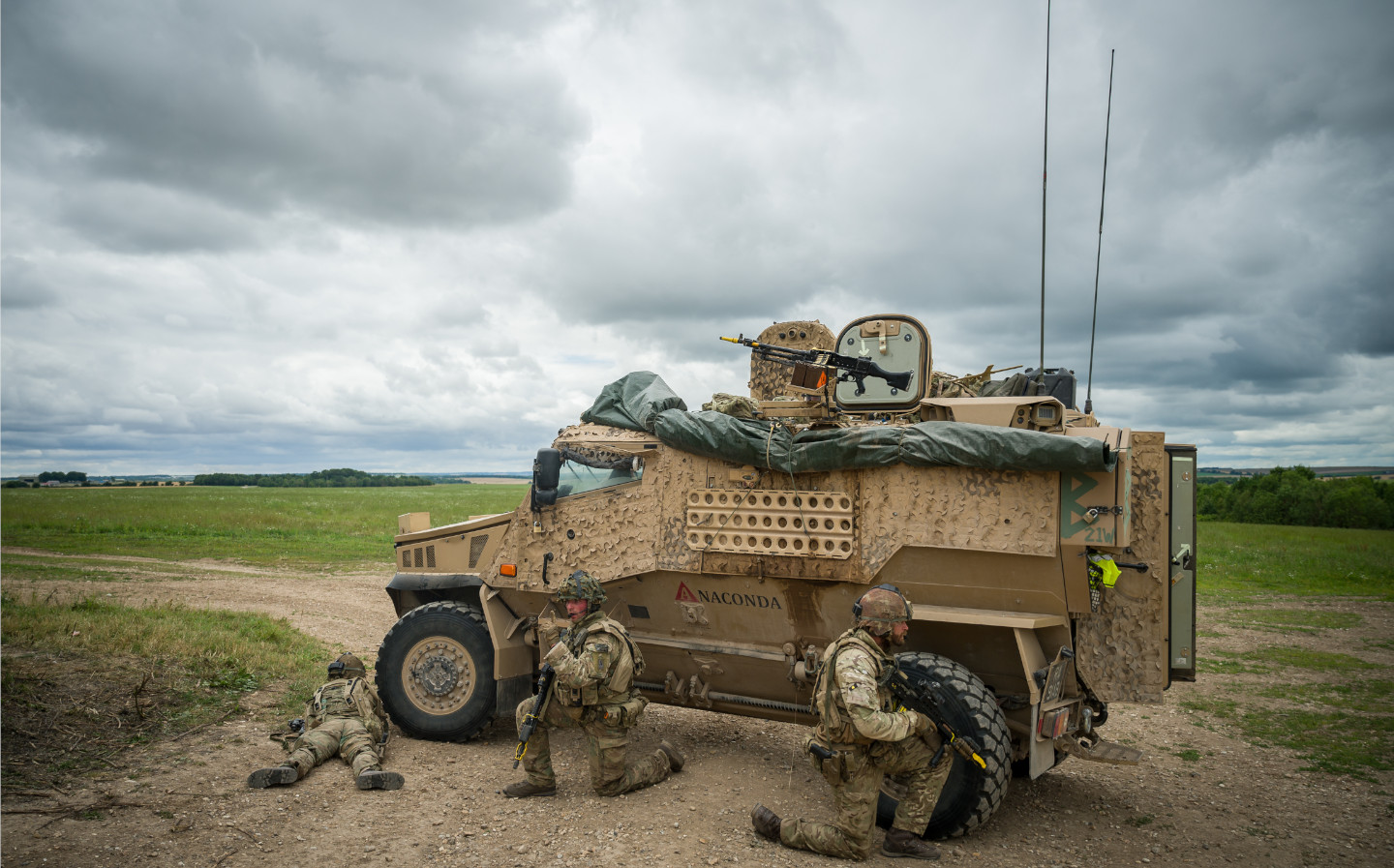 THE BRITISH military is experimenting with hybrid electric technology on its armoured vehicles, to make them quieter and as part of an effort to make warfare slightly less environmentally unfriendly.

The powertrains will be tested on two of the military’s vehicles; the Foxhound, which is a carrier of military personnel that was designed for use in Afghanistan, and the Jackal 2, a reconnaissance vehicle that also carries a General Purpose Machine Gun and has the ability to carry more heavy-duty weaponry.

Prototypes of each vehicle are being developed using a £3m investment from the Military of Defence (MoD), according to The Times, and will be unveiled at a military exhibition this November.

Those involved with the development are hoping that the hybridisation of the vehicles’ drivetrains will make them quieter and therefore less detectable on the battlefield, while improving mobility and sustainability.

The move is an advancement of the military’s ambition to make its fleet of armoured vehicles more environmentally friendly. The head of the army, General Sir Mark Carleton-Smith, announced a green revolution within the force last September. He said that the military vehicles currently in use will be the last to use fossil fuels. Ideas including solar power have been floated as alternatives.

Because of their incredible capacity for human, economical and political destruction, the environmental impact of warfare is often overlooked. However, war not only involves the destruction and pollution of natural habitats, but also relies on the use of natural resources — the US’ Department for Defence is the US government’s biggest consumer of fossil fuels, accounting for between 77% and 80% of federal government energy consumption since 2001.

It was found in 2017 that the Pentagon contributed more towards greenhouse gas emissions than Portugal. If it were a sovereign state, it would have been the world’s 55th biggest emitter of greenhouse gases.

In the UK, meanwhile, the MoD announced last year that it had met its target to reduce fossil fuel usage by 18% by 2020/21 (compared to 2009/10 levels) a year early. However, a report released in May by the organisations Scientists for Global Responsibility (SGR) found that the annual carbon footprint of British military spending was equivalent to that of six million average UK cars.

Lieutenant-General Richard Nugee, who is heading up a review of the MoD’s sustainability practices, said: “It is great to see the army testing electric vehicles that will benefit not only our world-class personnel but also our planet.”