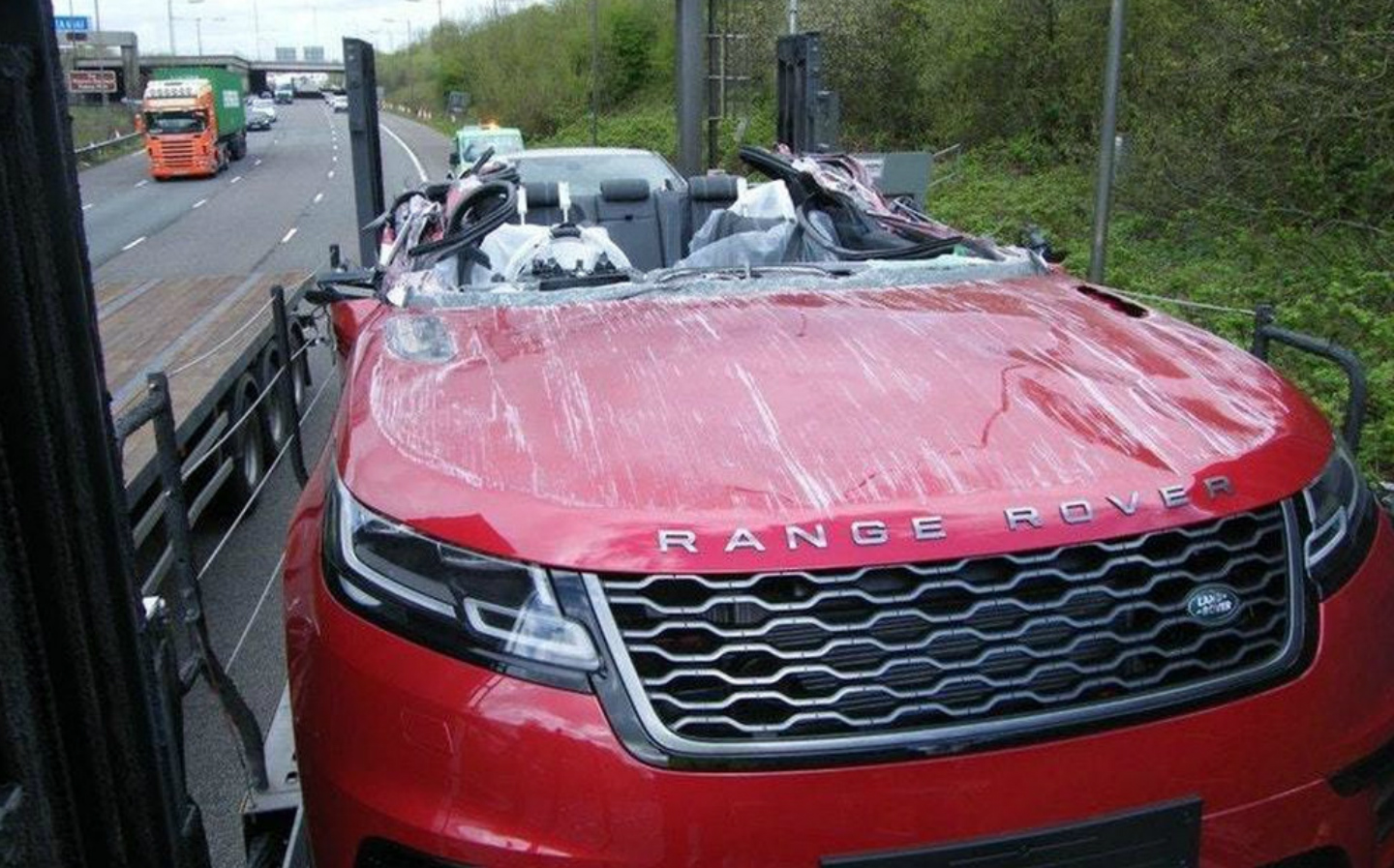 THE RANGE Rover Velar has been acclaimed as one of the most stylish SUVs on the road, and some fans say the only thing that could be cooler is a convertible version. Now one has been created — after a lorry driver ripped off one model’s roof by mistake.

The brand new Velar — which costs up to £85,450 — had been loaded onto the top deck of a car transporter but unfortunately the driver forgot to adjust the ramps and lower them to the correct setting. He claims to have been distracted while loading the new car, when he moved for a woman pushing a pram.

It meant the Velar was not low enough to pass safely beneath a bridge on the M61, near Salford, Manchester.

The impact ripped the roof clean off the Range Rover, which was due to be delivered to a Land Rover showroom in Bolton. A second, silver Velar was also damaged.

There was probably little need for the protective seat and steering wheel covers, after the accident. 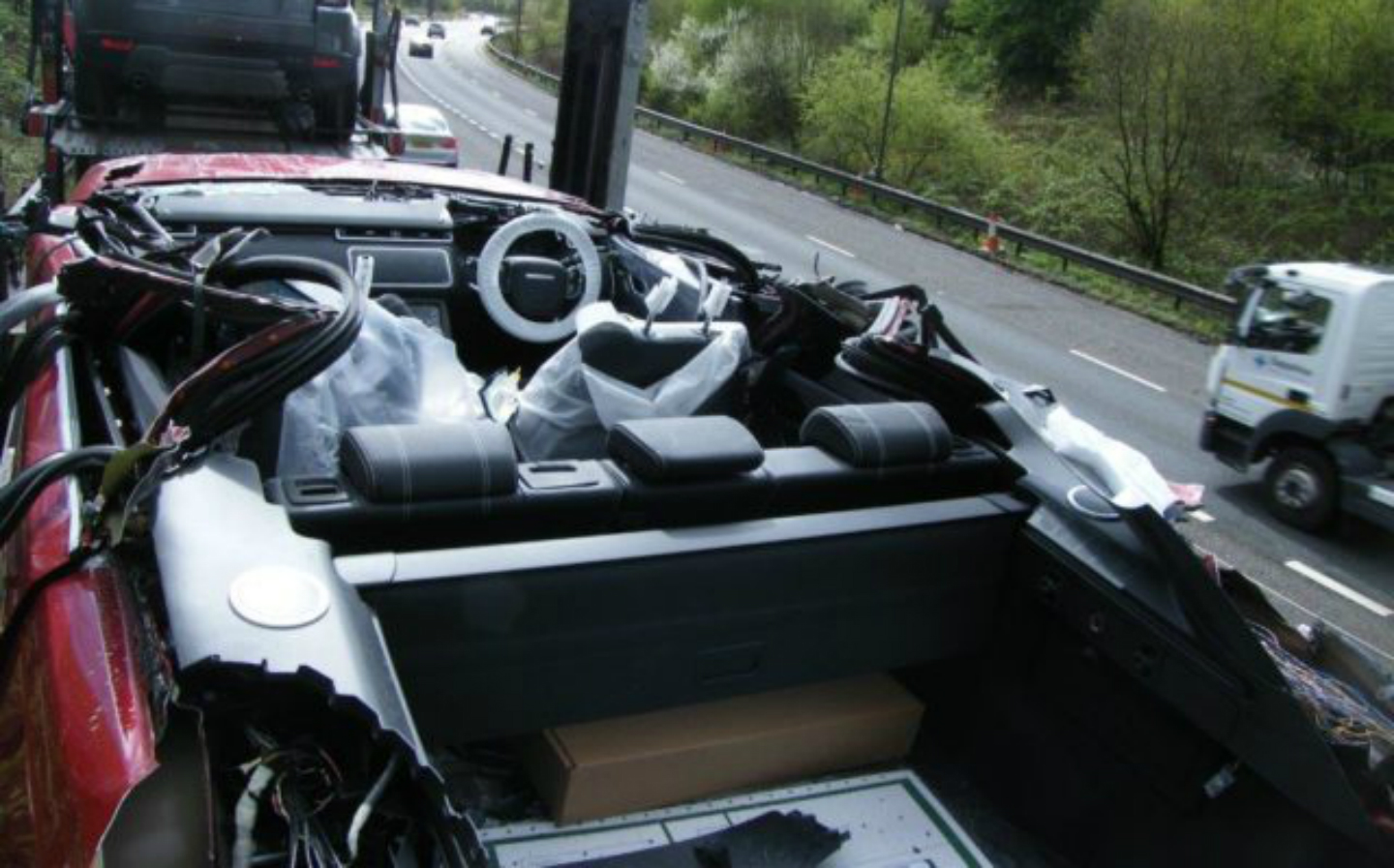 The roof of the Velar flew off and hit a Green Flag breakdown recovery truck driving behind it, shattering its windscreen and leaving the driver shaken. Nobody was injured during the crash, say police.

The HGV driver told officers he had been parked outside a showroom and a woman with a pram asked him to move his truck, and as a result he forgot he hadn’t adjusted the top ramps.

One from yesterday – #M61 Motorway, car transporter driver fails to lower top deck and collides with bridge resulting in turning this Range Rover into a none factory build convertible! Driver reported for due care. @NWmwaypolice pic.twitter.com/SqSj0ctfmw

Engineers were called out to examine the bridge and decided it was still structurally sound.

Police said that the driver, said to be in his late forties, has been reported for driving without due care and attention.