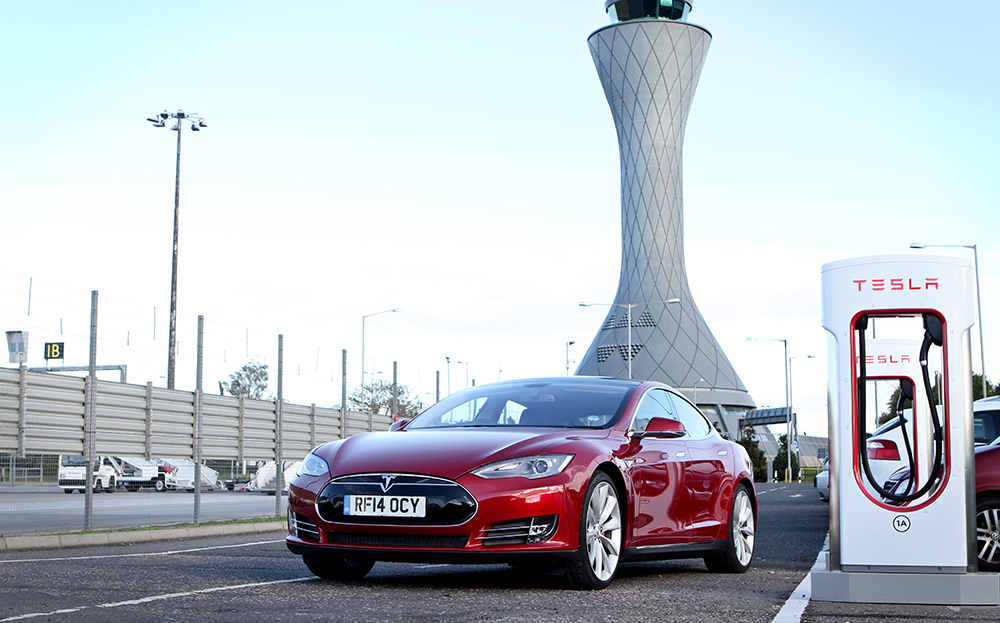 DRIVERS OF battery-powered vehicles are set to benefit from an expansion of Britain’s long-distance electric charging network after a legal dispute was settled.

For more than a year, court action has strangled plans to increase the number of electric car chargers at motorway service stations. The units are crucial to allow battery-powered vehicles to make long journeys beyond the range of a single charge.

The American electric car maker Tesla wanted to install rapid chargers that can add 170 miles of range to its electric Model S in just 30 minutes. But Ecotricity, a British firm, had signed agreements with motorway service operators giving it exclusive rights to install its own rapid chargers.

The two sides ended up in court when a “fat-fingered” email was sent by Tesla to Ecotricity by mistake. The message detailed alleged plans by Tesla to approach motorway service operators directly in an effort to get them to break the exclusivity deal.

While the court case continued, Tesla’s plans were put on hold: one supercharger languished in a packing case at storage yard in South Mimms services off the M25 for more than a year, as revealed by this newspaper in March. The dispute was arguably the single biggest setback for the uptake of electric cars in Britain — yet one the government seemed powerless to resolve.

Tesla has announced a huge expansion of its network, including plans to double the number of charging points at some of its existing 121 motorway sites

An out-of-court settlement between the rivals was reached last week. The details are confidential but it is thought that Tesla has paid a large sum to Ecotricity; a day after the deal, the latter announced a huge expansion of its network, including plans to double the number of charging points at some of its existing 121 motorway sites, and to add many more to the A-road network. Tesla has announced that it will install charging points at seven motorway service stations by the end of the year and is expected to add more soon.

A survey commissioned by ministers and published last week found that the availability of charging points and the time it would take to recharge was the biggest factor deterring drivers from switching to battery power. The second biggest objection was the distance that drivers could travel on a single charge.

“Tesla is now going to be offering superchargers at motorway locations,” the company said. “Some of the new sites make additional routes possible for drivers, and others offer more convenient charging on existing routes.”

Ecotricity said: “We are going to add more chargers to our most popular motorway services. At the same time there will be a big push onto A-roads, from Land’s End to John o’ Groats. We’ve got some money that has come in and we’ve been able to allocate that to pushing that forwards.”