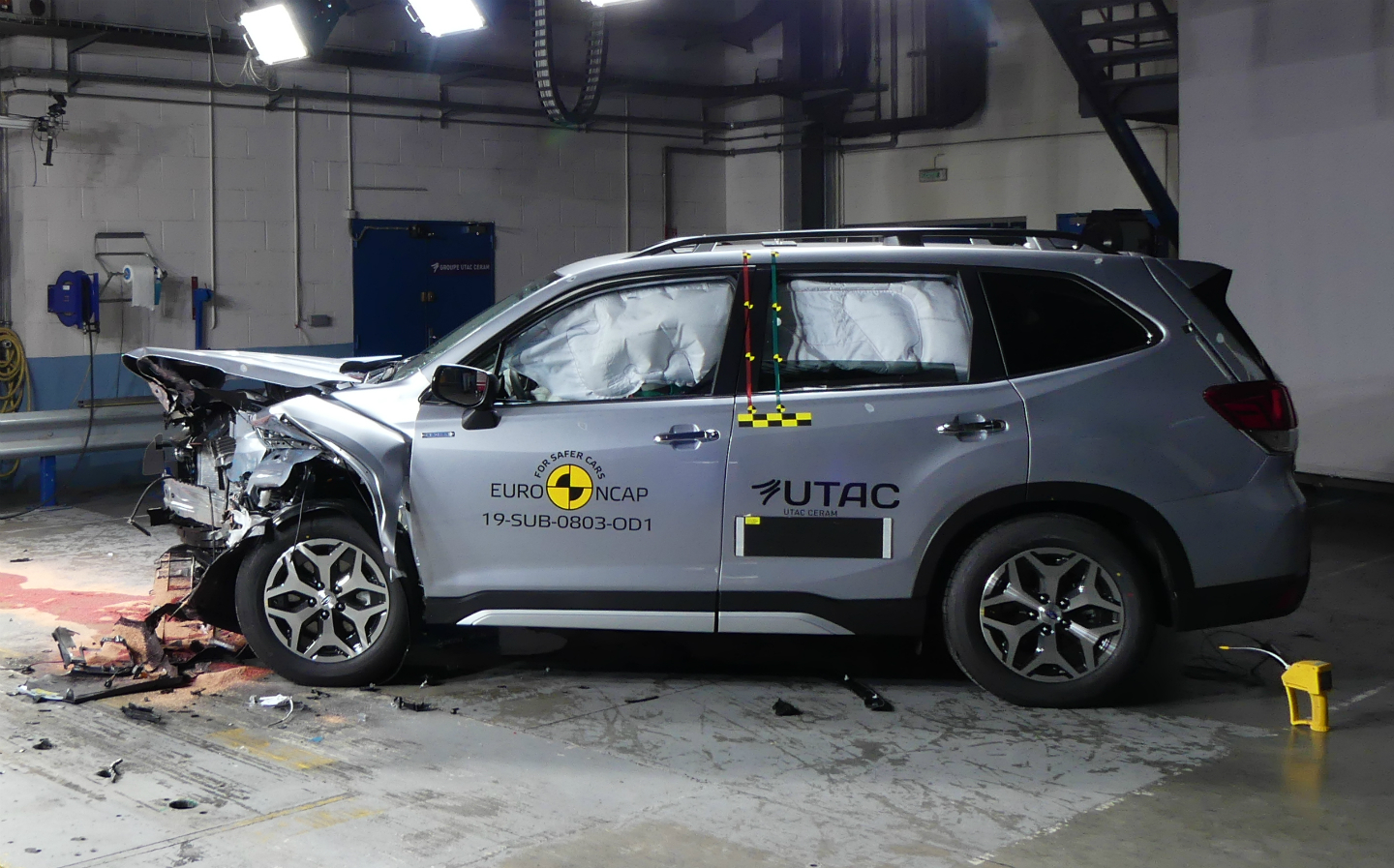 LAST year saw a bumper crop of cars do extremely well in crash tests. Thanks to new advances in occupant and pedestrian protection, and clever driver assists, a mighty 45 of the 59 cars tested by Euro NCAP in 2019 were awarded the full five stars*. An additional nine cars received a still-commendable four star rating.

Because the results are broken down into subcategories, we can see which cars tested in 2019 performed best when it comes to the biggest concern for parents: child occupant protection.

We’ve sifted through the Euro NCAP test reports to find the cars that will look after your little ones best.

* A five star rating indicates an “overall good performance in crash protection” and that the car is “well-equipped with robust crash avoidance technology”. 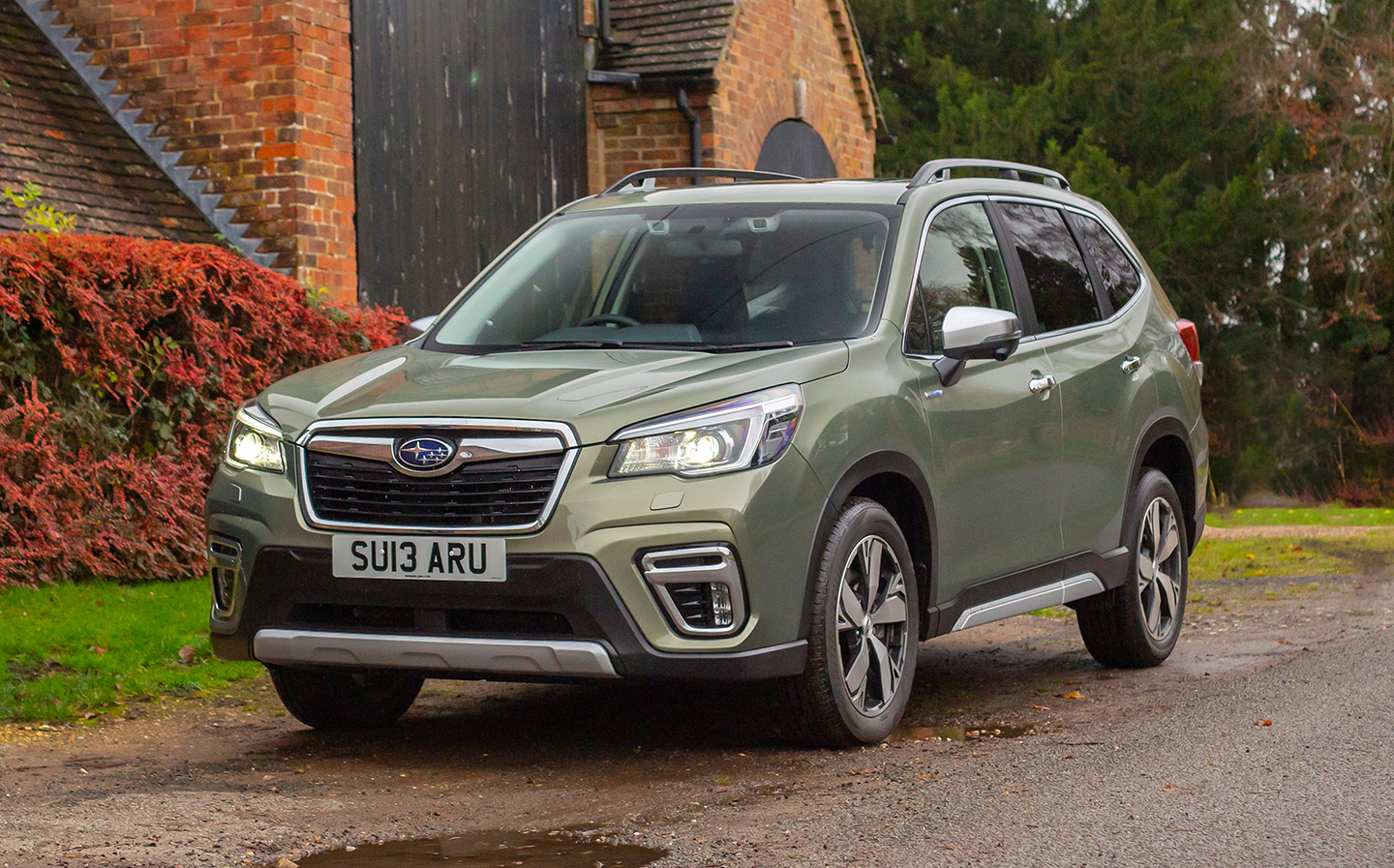 Perhaps surprisingly, leading the charge for child safety in 2019 is the Subaru Forester, with the Japanese SUV outperforming all other cars assessed by Euro NCAP last year.

It performed exceptionally well in crash tests: the Forester was awarded the maximum available points in the front and side impact assessments.

The only blemish to the Subaru’s child safety credentials was its lack of ISOFIX child seat restraints on the front passenger and centre rear row seats, though it shares that with all the other top five cars. (ISOFIX has been mandatory on the outer seats in the second row since 2011). 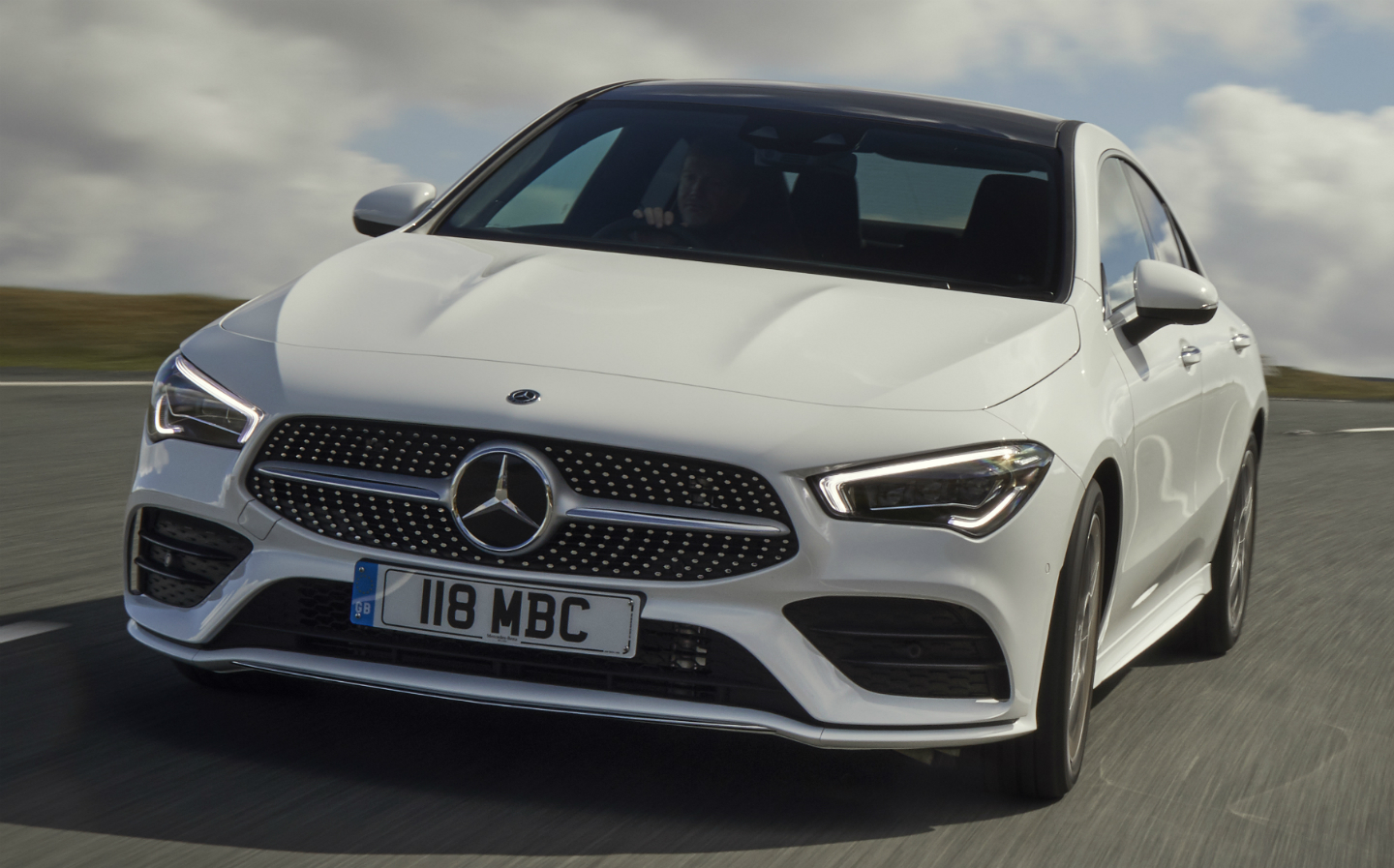 The rest of the top five is dominated by Mercedes-Benz, with the CLA leading the pack. The compact coupé might not be the most practical car for parents but it received the highest overall score of any car assessed by Euro NCAP last year, so it’s no surprise the compact saloon also performed strongly in the child protection tests.

The CLA achieved a near perfect score in the front and side impact tests, and Euro NCAP praised the Mercedes’ “robust” system that deactivates the airbag if it detects a rearward-facing child seat on the front passenger seat.

Like the Subaru, the CLA doesn’t have any ISOFIX mounting points on the front passenger seat. 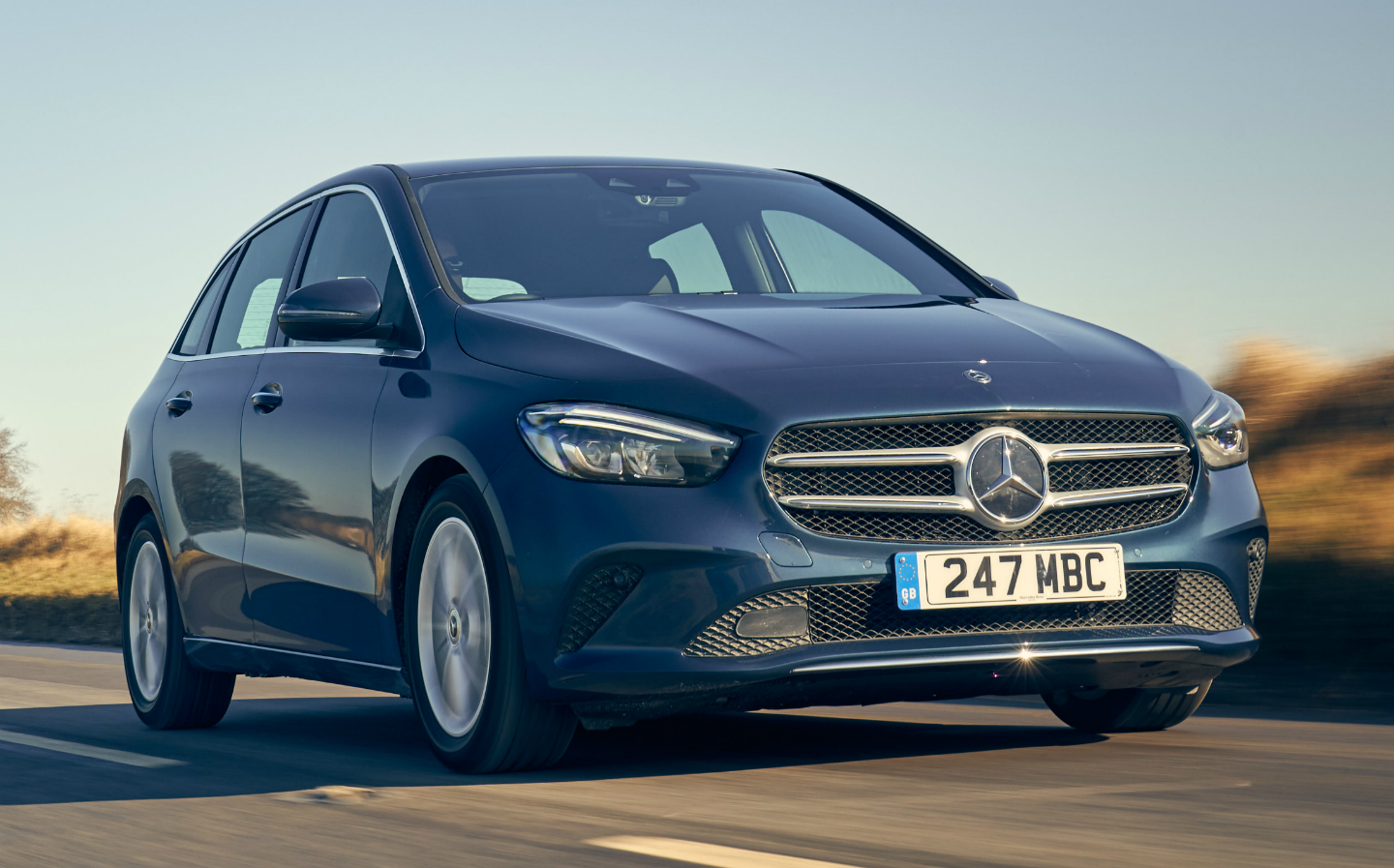 Being closely related to the CLA, the Mercedes-Benz B-Class compact MPV (multi-purpose vehicle, or “people carrier”) also impresses when it comes to keeping younger passengers safe, and is a much more spacious option for parents.

The B-Class achieved a near-perfect score for crash test protection, with full marks being awarded in the lateral impact category, and the CLA’s child seat detection tech for the front passenger seat is also present. 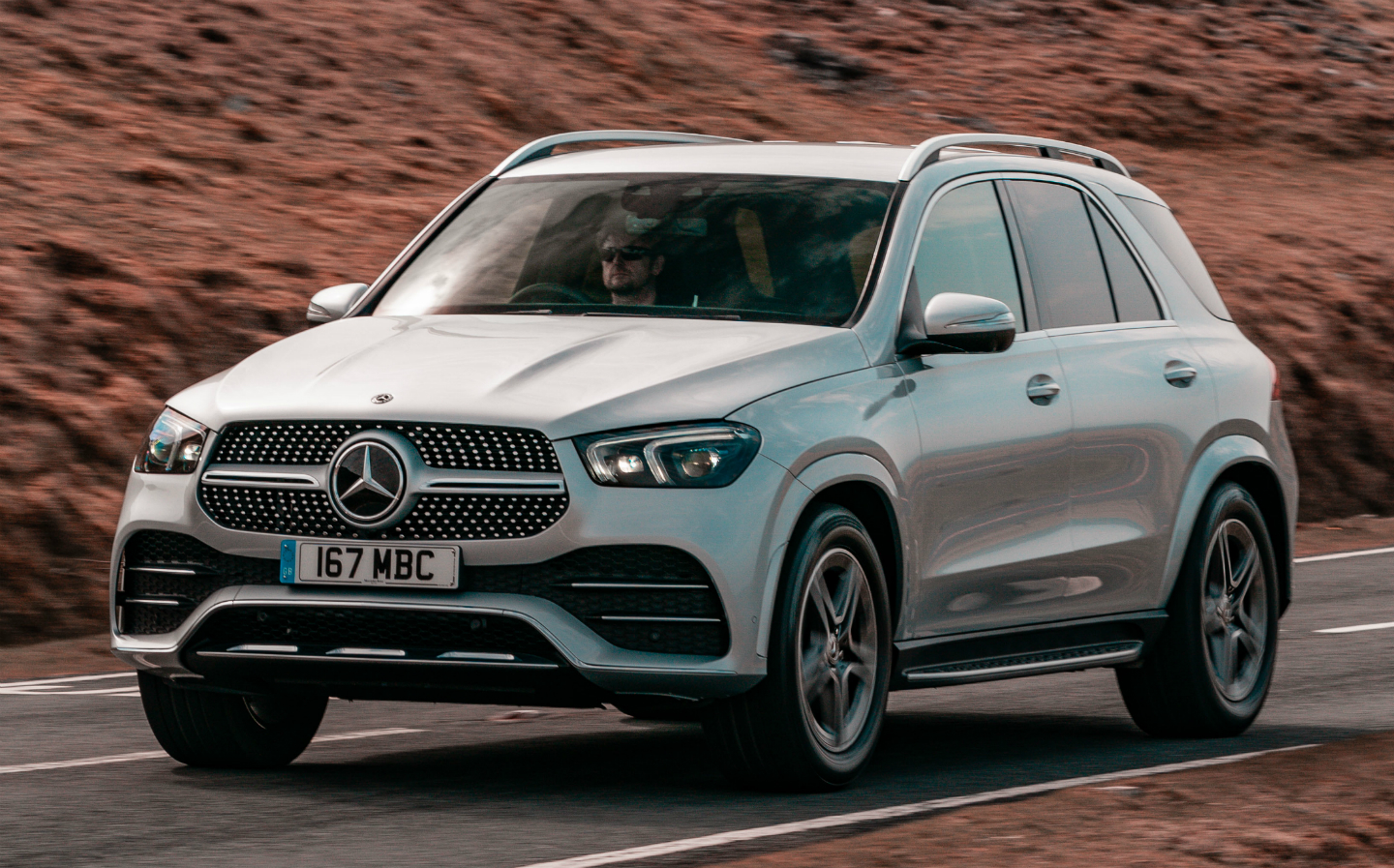 Bigger may not necessarily be better when it comes to car safety, but the seven-seat Mercedes-Benz GLE runs its B-Class brother extremely close when it comes to child passenger safety. The GLE was given identical ratings to its smaller sibling in side impact, safety features and child seat installation categories, with the only dark spot being the “marginal” neck protection indicated by the 10 year old child dummy.

Again, only the two outer chairs in the middle row come with ISOFIX mounting points — you won’t find them on the front passenger seat, centre seat on the second row or on the third row seats. 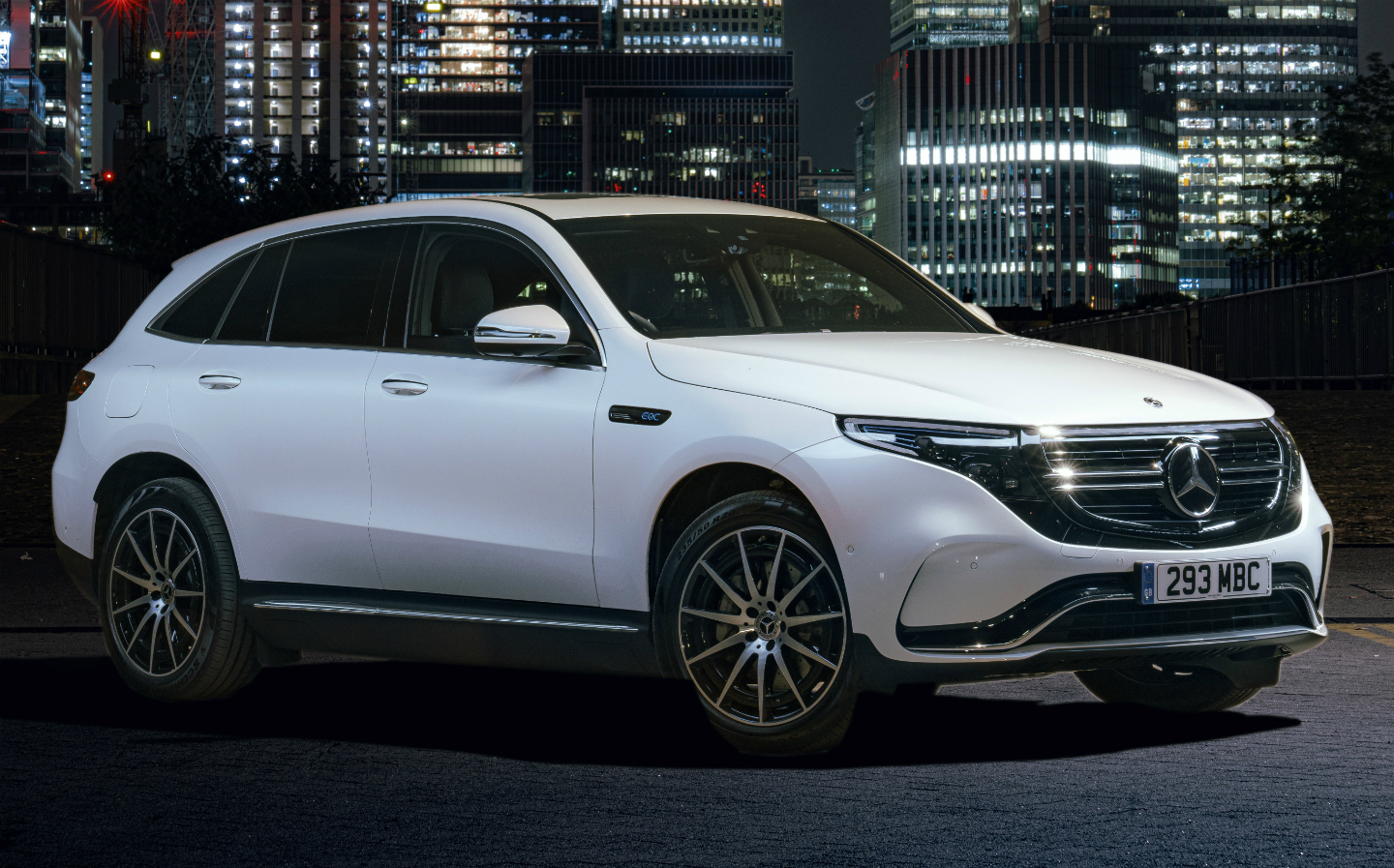 Rounding out the Mercedes-dominated top five cars for child protection list in 2019 is yet another Benz model; the pure-electric EQC. Like the other Mercedes models in this line-up, the EQC performed very well in the crash tests bar the “marginal” neck protection on the 10 year old dummy in the frontal impact test.

The system that deactivates the front passenger airbag if it detects a reward-facing child seat is also present on the EQC.

As with the cars above, only the two outer rear seats in the EQC have ISOFIX mounting points.

The cars for parents to avoid

Though overall safety in these five vehicles is still relatively good, they received the lowest scores for child safety in 2019. In reverse order: 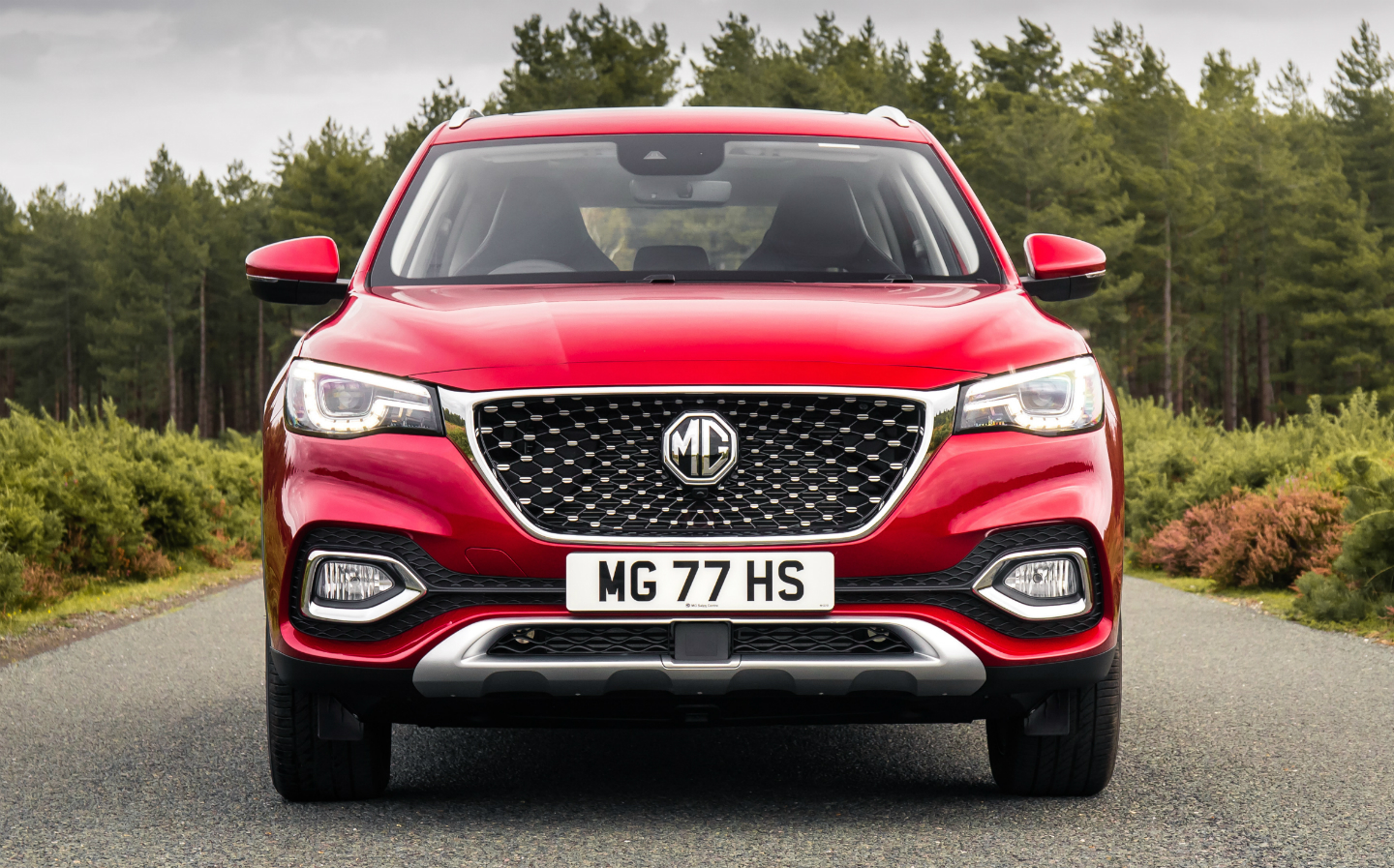 While the new MG HS was awarded an overall five star safety rating, its child protection credentials aren’t quite as impressive. The SUV picked up a perfect score for child seat installation and was rated good overall in the front and side impact tests, but Euro NCAP was concerned with the “weak” levels of head and neck protection indicated by the crash test dummy representing a 10 year old child.

As with the top five cars above, the MG HS also doesn’t have any ISOFIX child seat mounting points on the front passenger and centre rear seats. 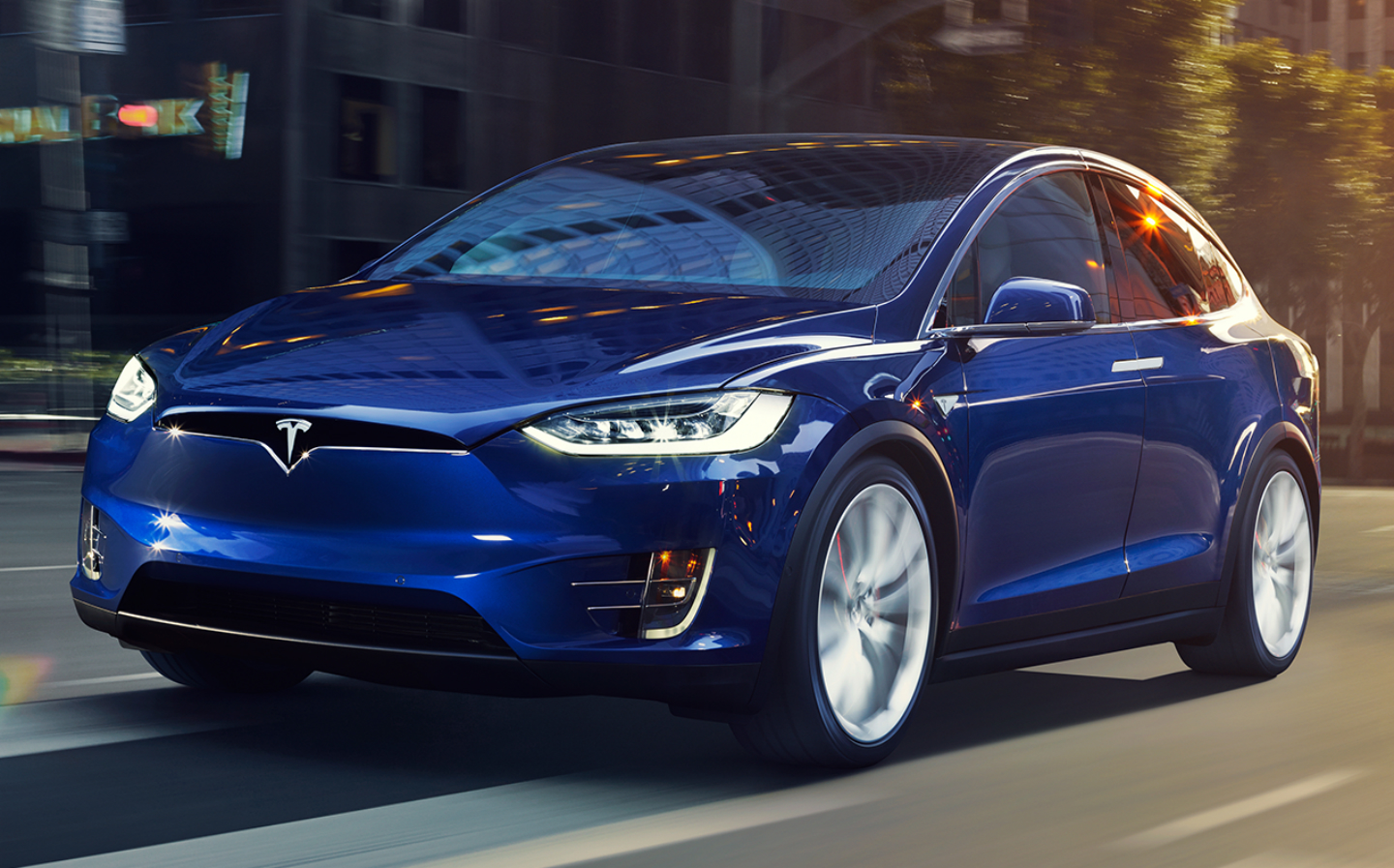 Tesla proudly claims it’s “committed to building the safest cars on the road”, so it’s a surprise to see its Model X so far down the child safety rankings in 2019.

While the pure-electric SUV scored full marks in the side impact test, the car only offered “marginal” protection in the frontal impact test.

Euro NCAP said there isn’t enough room in the optional third row of seats to install a universal child seat restraint, and (as with all the other cars included on this page, including the top five) only the two outer middle row seats have built-in ISOFIX mounting points. 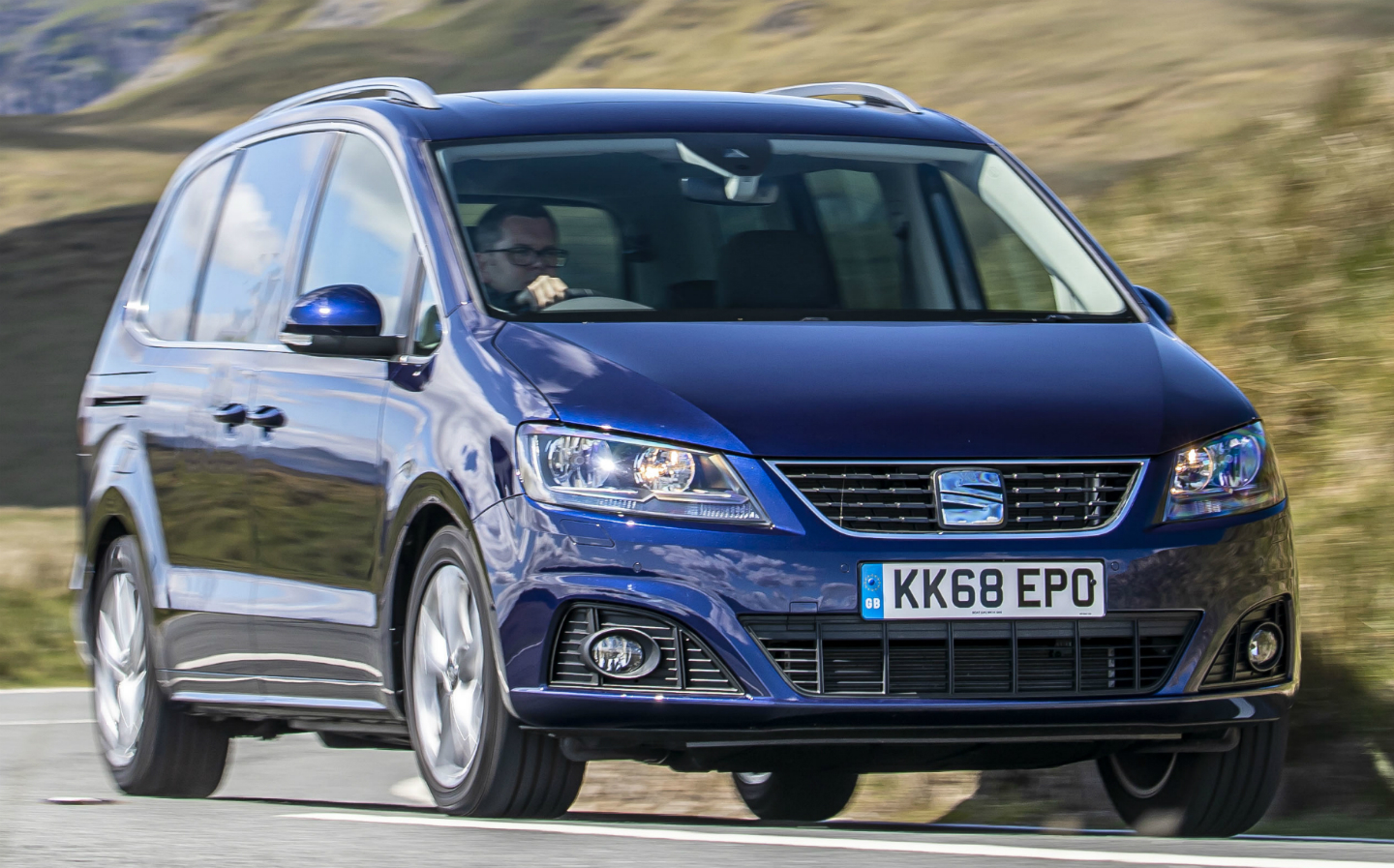 Another shocker in the worst-performers for child occupant protection is the Seat Alhambra, a car clearly designed for families. Though it performed well in the crash tests, with a near perfect score in the lateral impact, the assessors were concerned by the “marginal” neck and chest protection for the 10 year child dummy in the frontal impact test.

Euro NCAP also recommends against using rearward-facing child seats in the Seat’s front passenger seat: while the front passenger airbag can be disabled, the unclear labelling of the switch that deactivates the airbag meant the device failed this particular safety test. 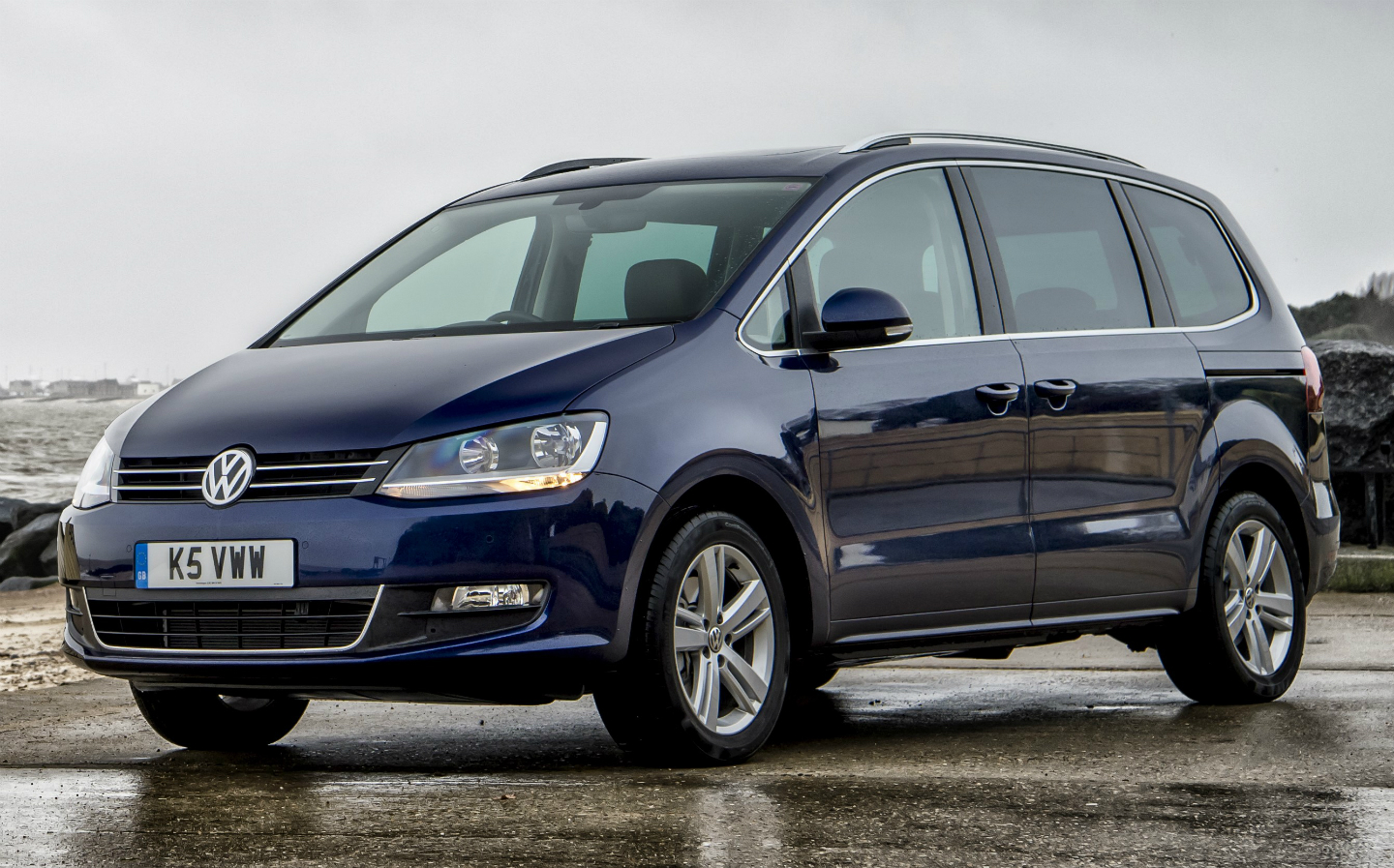 The good news is that, as with the Alhambra, the Sharan’s second and third row seats have built-in ISOFIX mounting points. 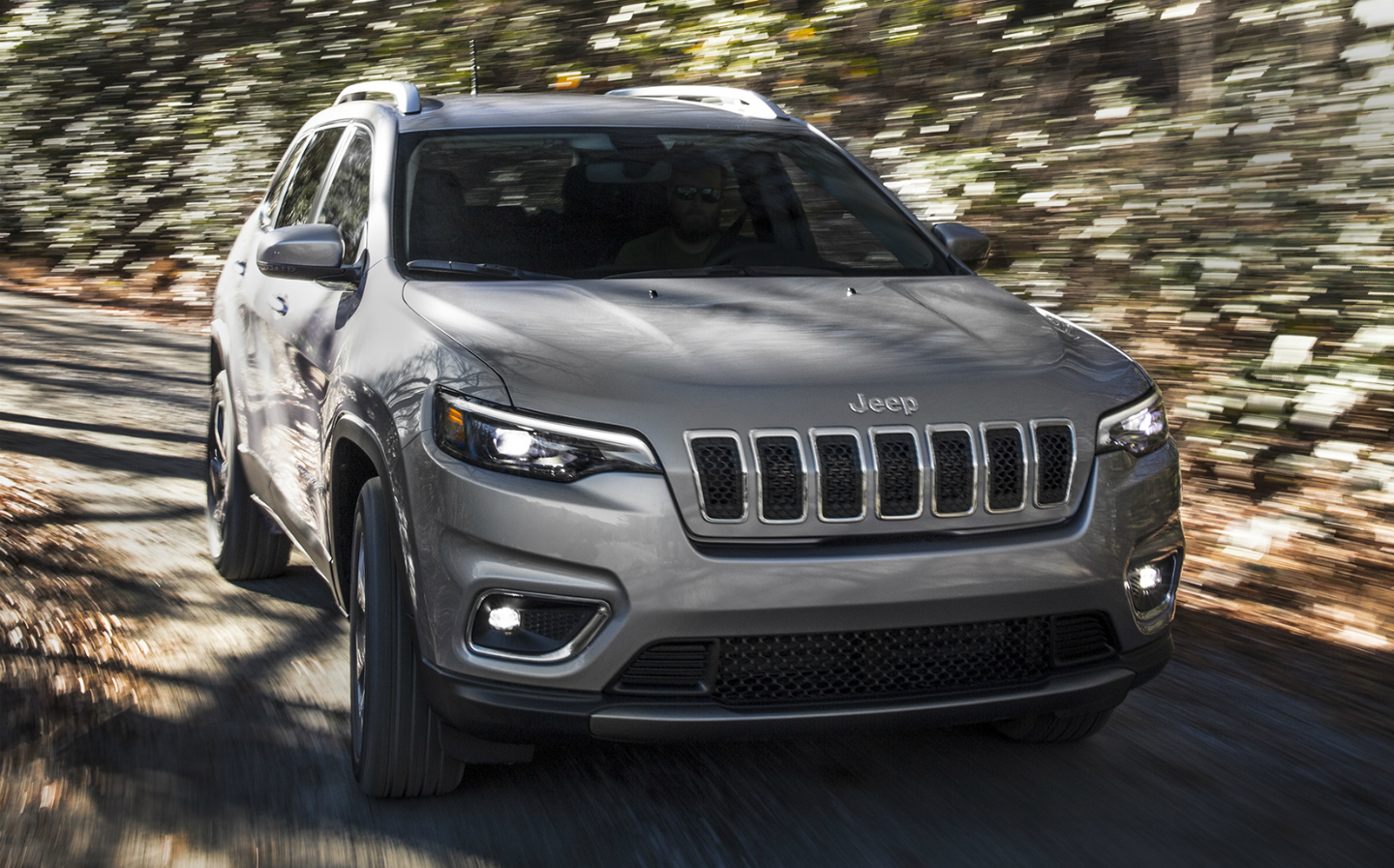 Rounding out the list of the cars with the worst Euro NCAP child safety ratings for 2019 is the Jeep Cherokee. While it received full marks in the side impact and child seat installation categories, the Jeep lost marks for the “weak” neck protection indicated by the 10 year old dummy in the front impact test.

Of great concern is that the front passenger seat airbag can’t be disabled, so parents aren’t able to fit rear-facing child seats in the front (to do so without disabling the airbag is extremely dangerous).

NOTE: officially, the Aiways U5 pure-electric SUV has the lowest child safety rating of any car tested by Euro NCAP in 2019 (70%/34.4 points). However, as the Aiways isn’t sold in the UK, we have decided to omit it from this list. 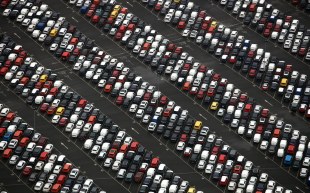 Some nine out of ten new cars bought in the UK are financed through Personal Contract Purchase (PCP) deals; but what should you do when it ends?