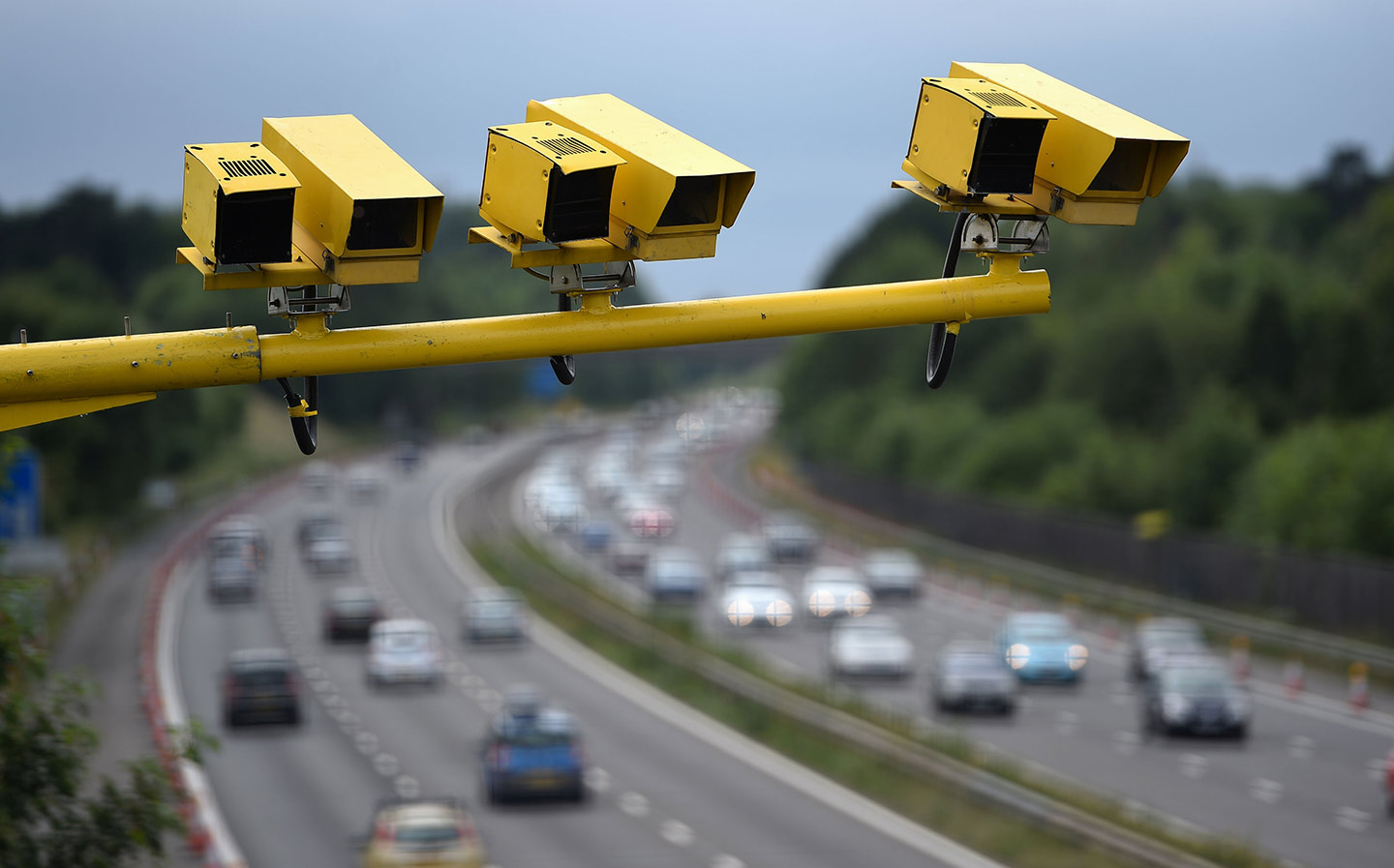 AVERAGE speed cameras should be used on A-roads and motorways to reduce air pollution, according to the government’s health advisers.

Varying the speed limit helps to smooth the flow of traffic and cuts harmful emissions from vehicles that contribute to thousands of deaths each year, the National Institute for Health and Care Excellence (Nice) says.

It cites evidence from the Netherlands that cutting speed to 50mph on motorways in urban areas is “highly cost effective at reducing air pollution”. It says that enforcing variable speed limits on major roads is relatively cheap “because only a limited number of speed cameras would be needed”.

Average speed cameras, which track vehicles over a set distance rather than capturing their speed at a fixed point, are monitoring drivers on more than 250 miles of Britain’s roads. These range in length from less than a mile across Tower Bridge, London, to 99 miles on the A9 in Scotland.

Mark Baker, of Nice, said that smoothing traffic flow would reduce fuel consumption as well as air pollution. When vehicles were stopping and starting in heavy traffic “slowing everything down to 60mph or 50mph is the best approach”, he said.

Nice’s new draft guidance, commissioned by the Department of Health, sets out measures that should be considered by local authorities to improve air quality. About 25,000 deaths a year in England can be linked to pollution from vehicles, including nitrogen dioxide gas and fine particles produced from exhausts, brakes and tyres.

Nice also recommends that new homes, schools and care homes should be built away from busy roads and living rooms should be placed at the rear, farthest from the source of pollution.

Councils should introduce “no idling” zones, particularly outside schools. Hedgerows should be planted between cycle paths and roads to protect cyclists, who should be allowed to pass more quickly through junctions where vehicles idle.

Restricting polluting vehicles from city centres by creating new low emission zones delivers £29 worth of health benefits for each £1 spent, Nice says. It also urges councils to consider the potential negative impacts on air quality of speed humps, roadside noise barriers and street trees, which can trap pollutants beneath their canopies.

A government spokesman said: “This draft guidance doesn’t represent government policy, but we are firmly committed to improving the UK’s air quality and cutting harmful emissions.”