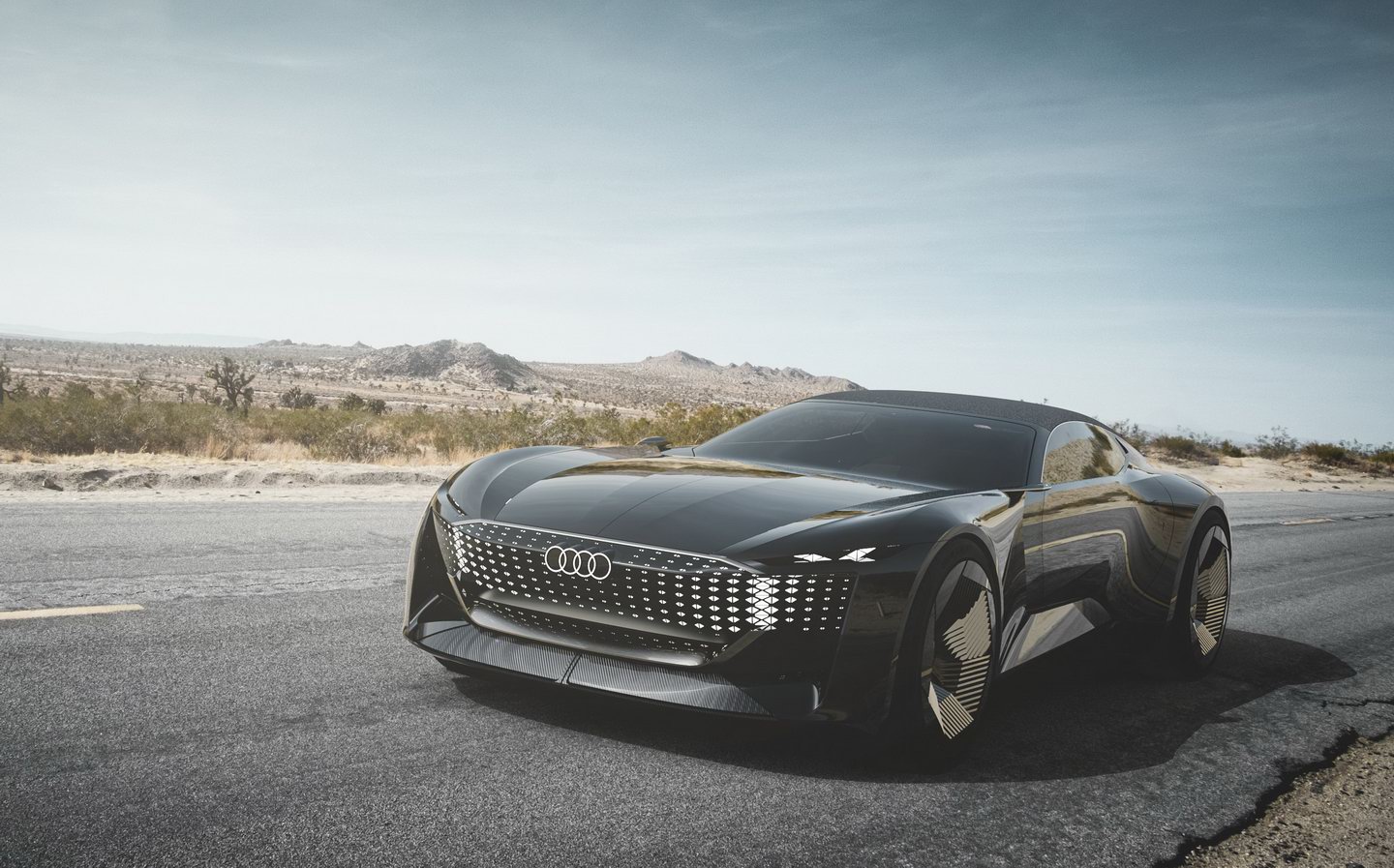 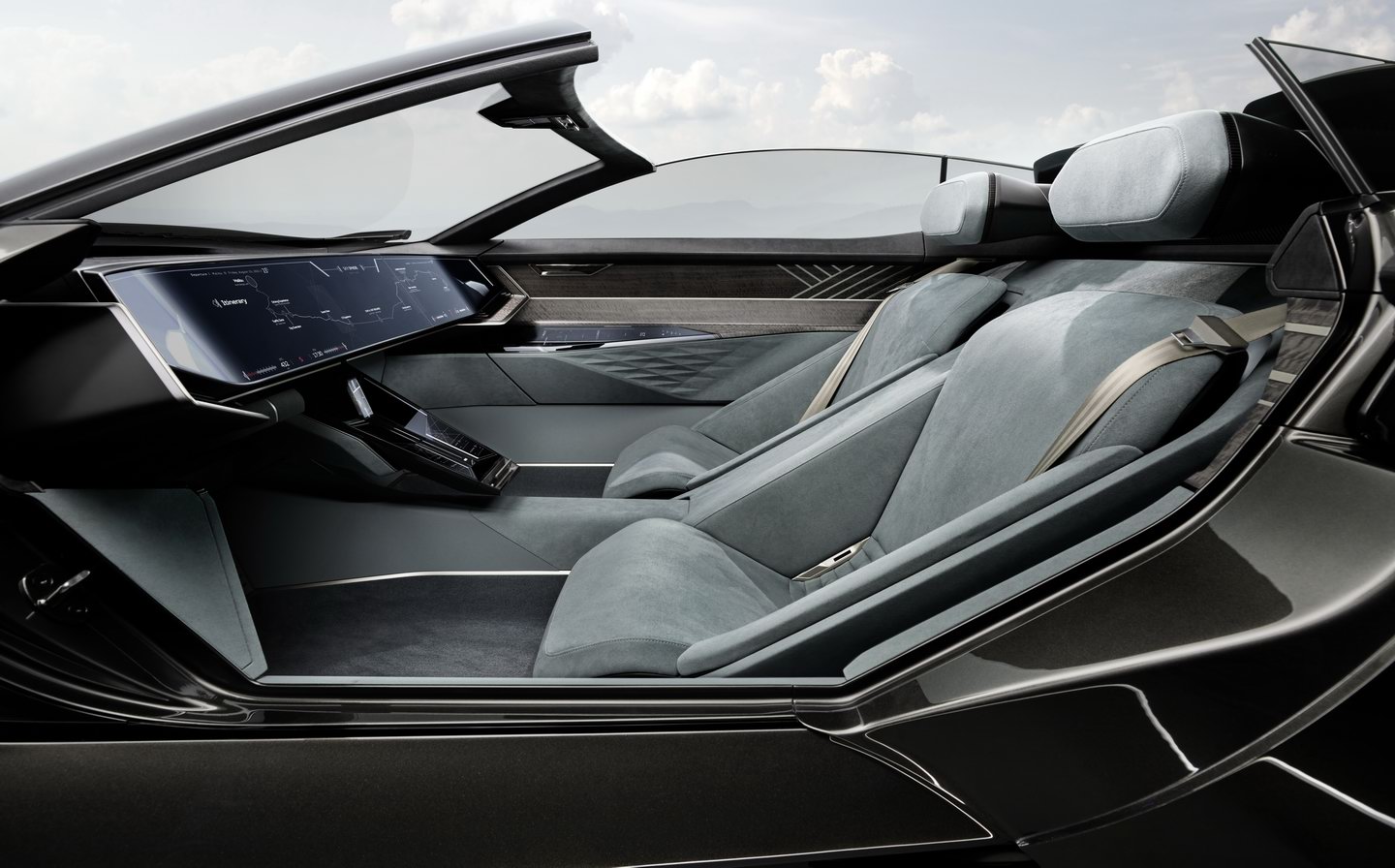 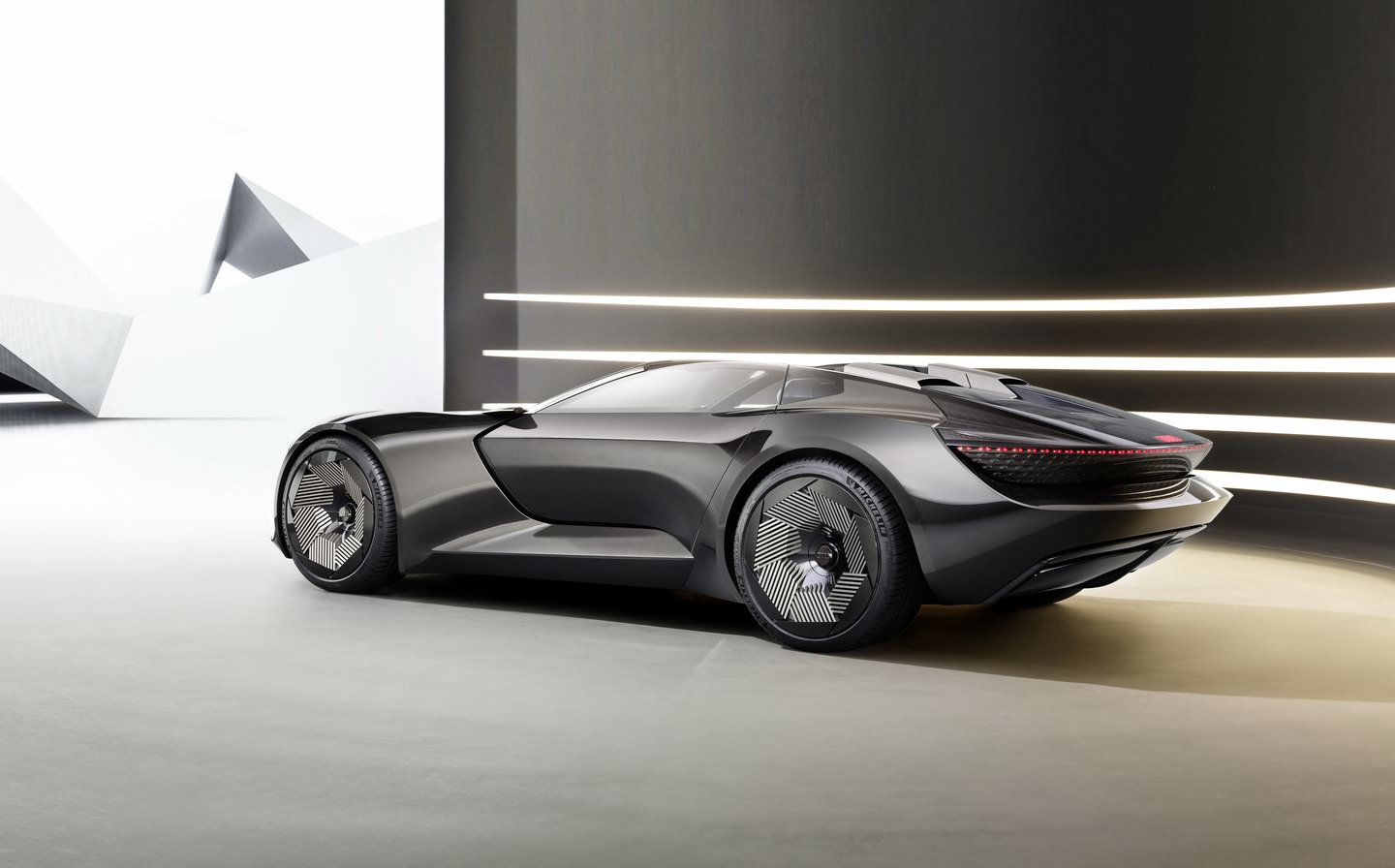 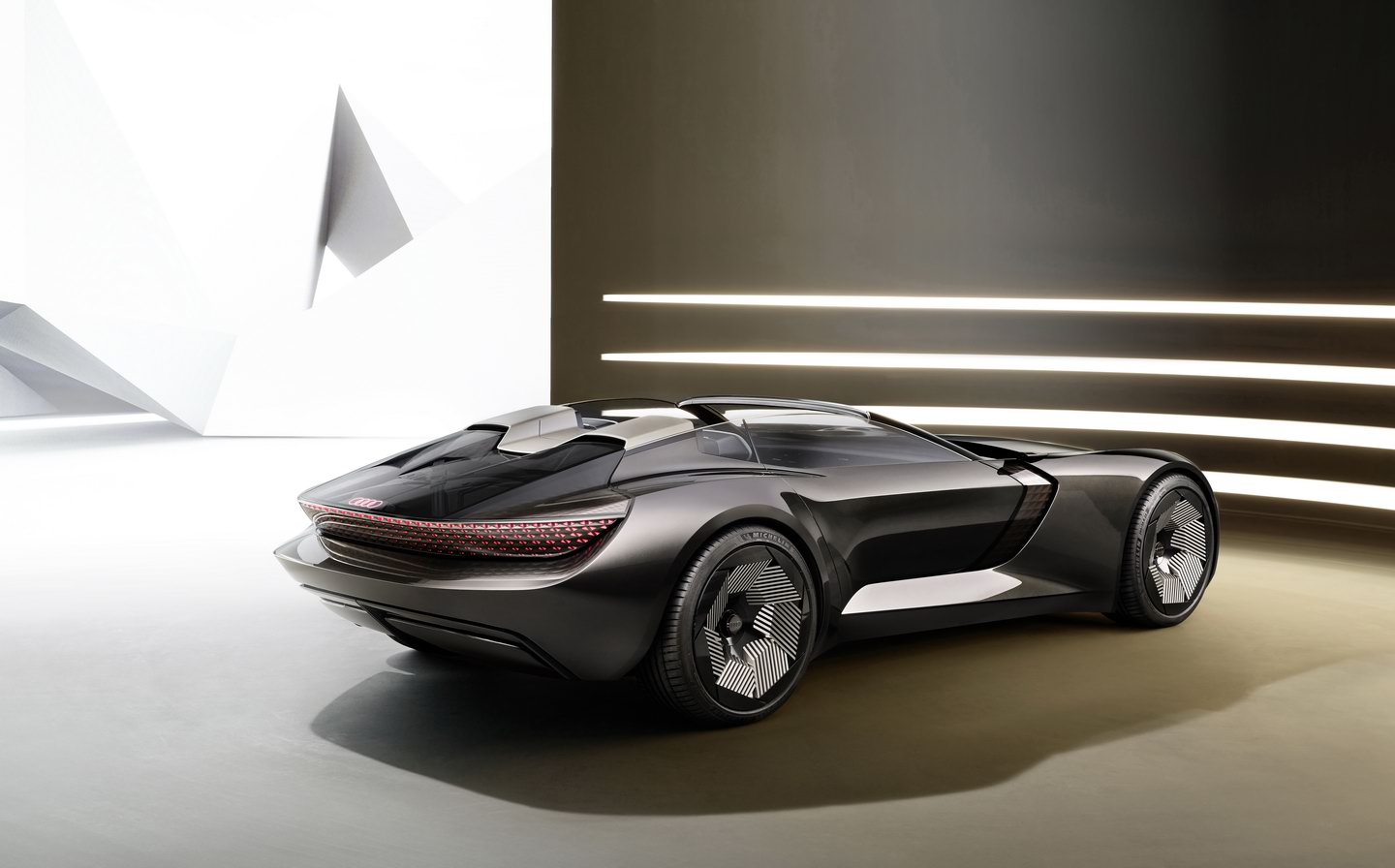 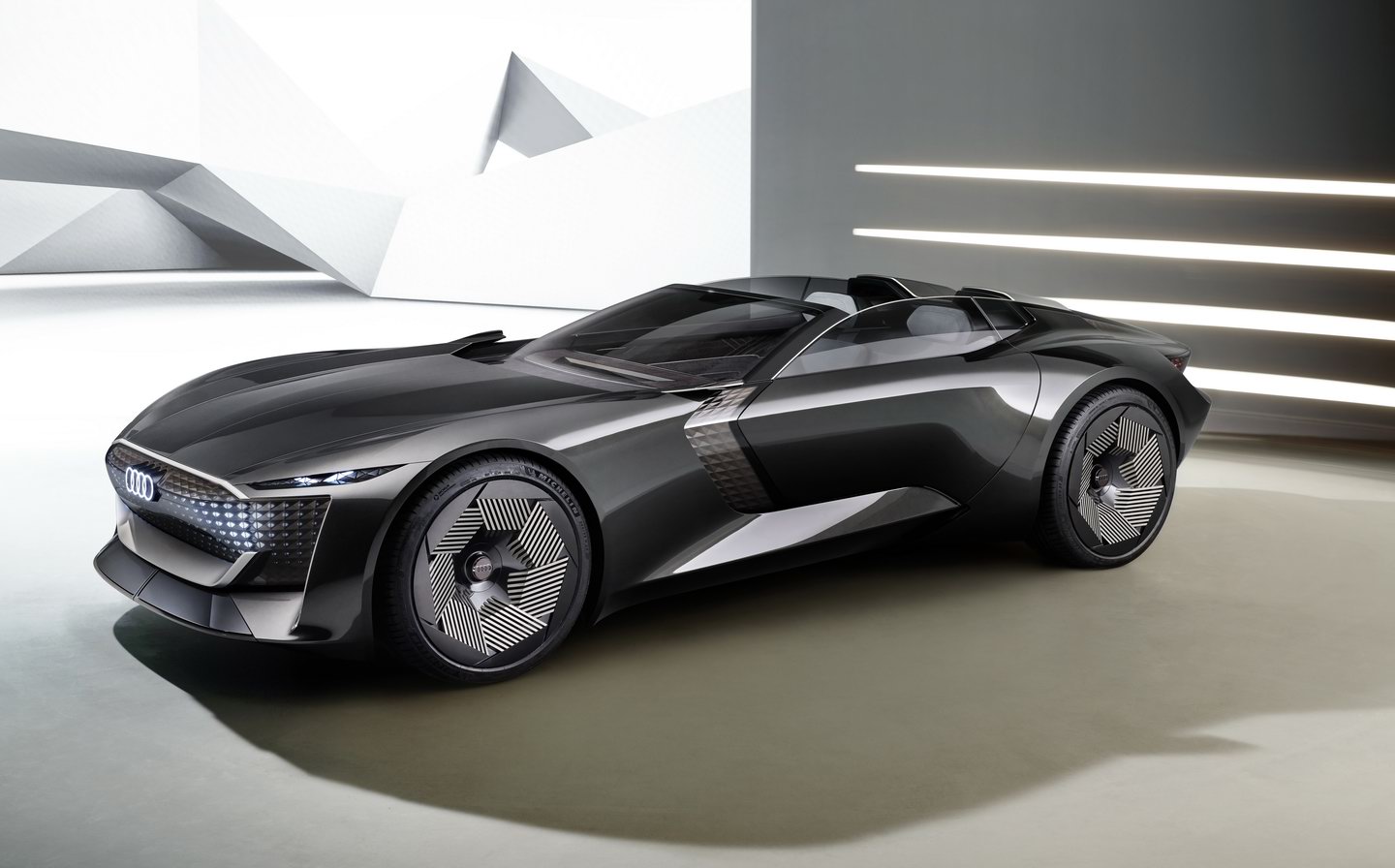 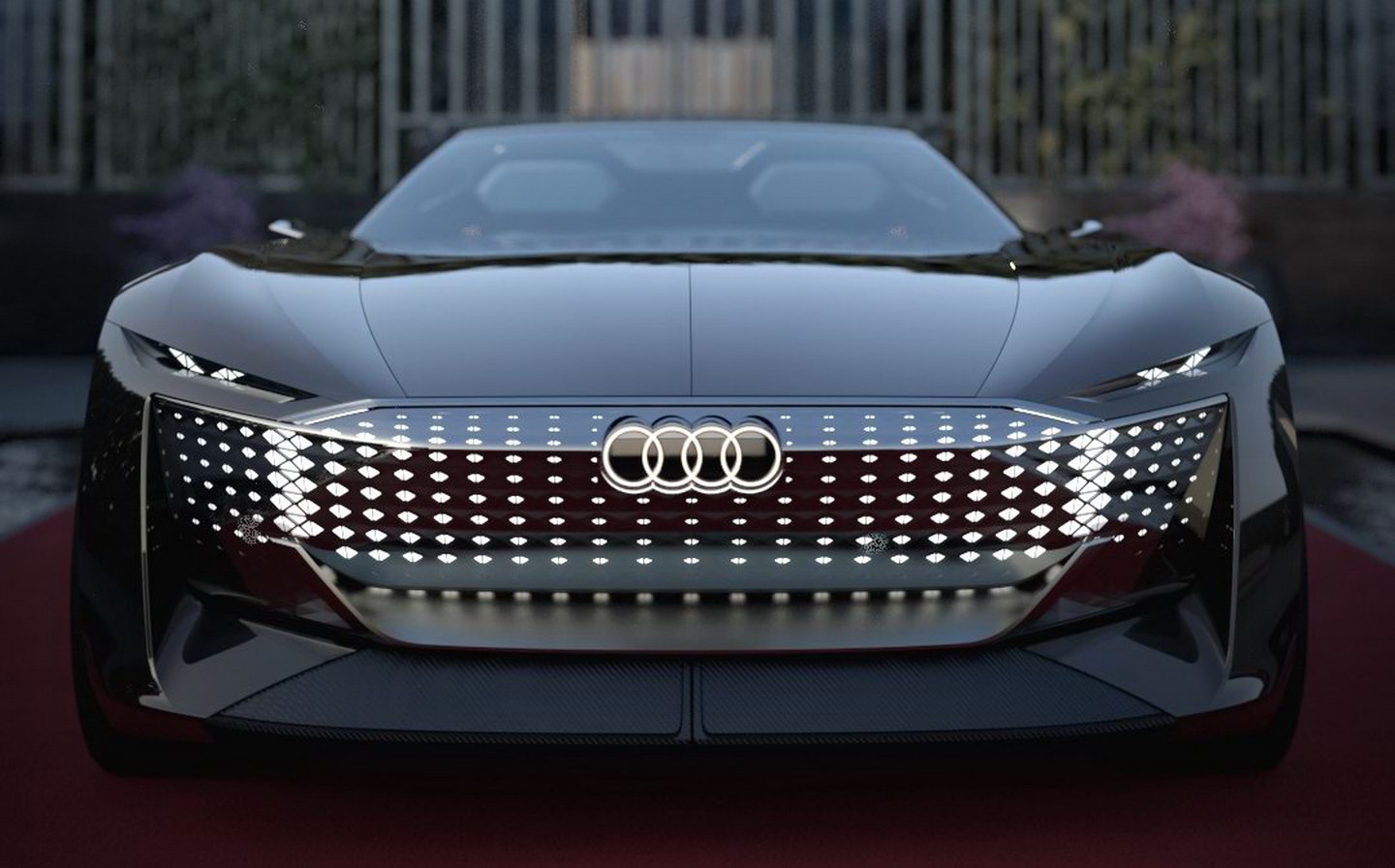 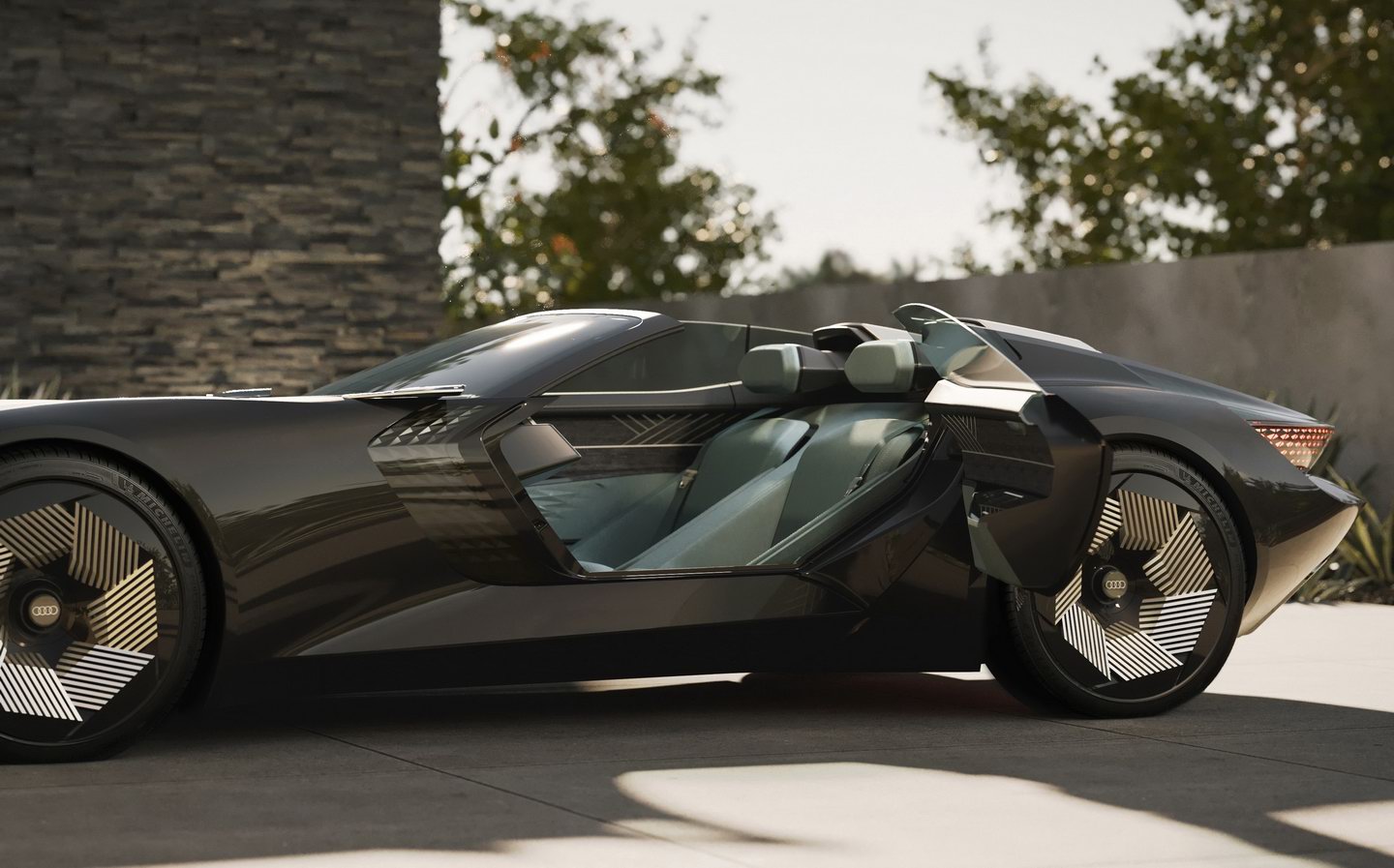 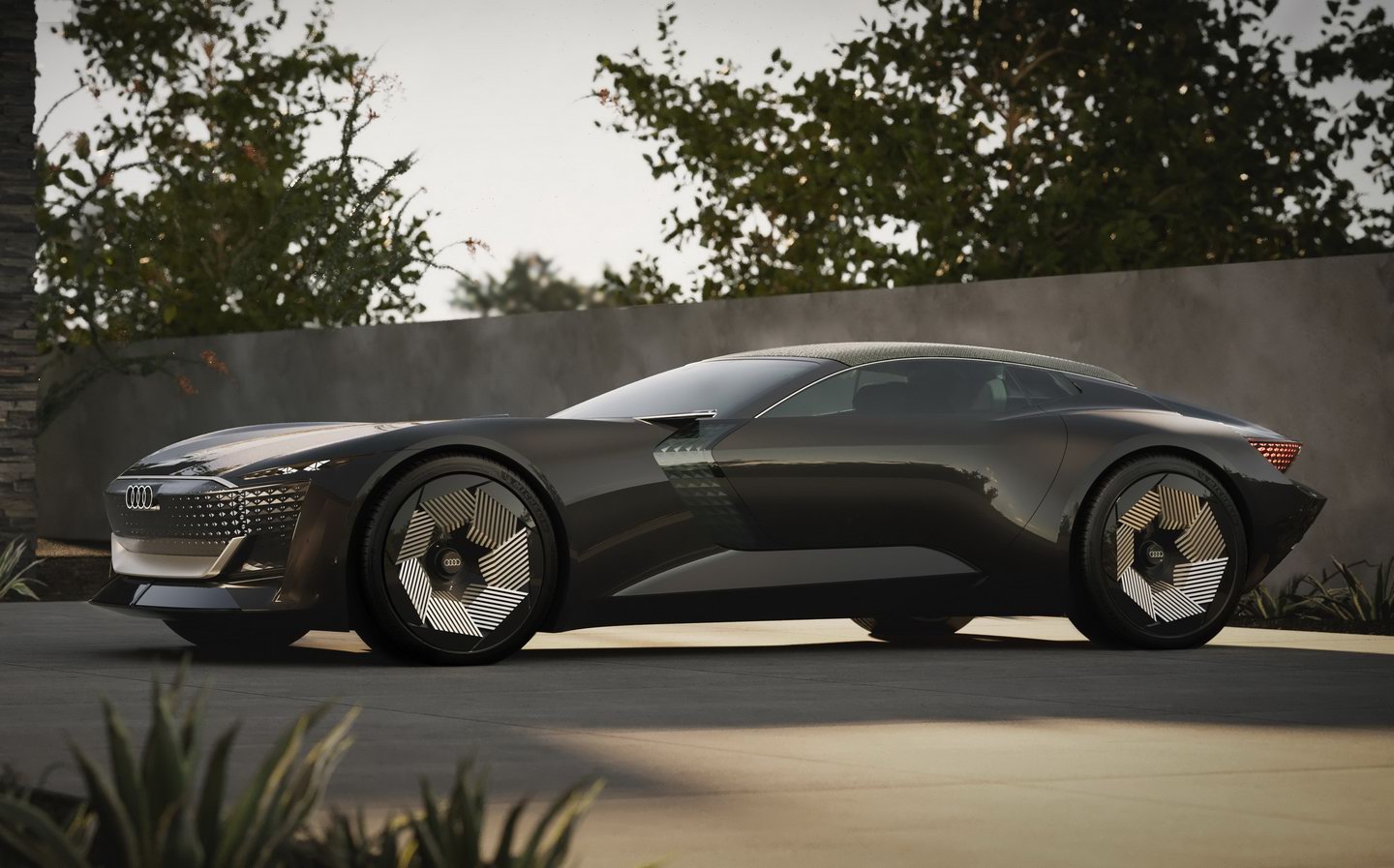 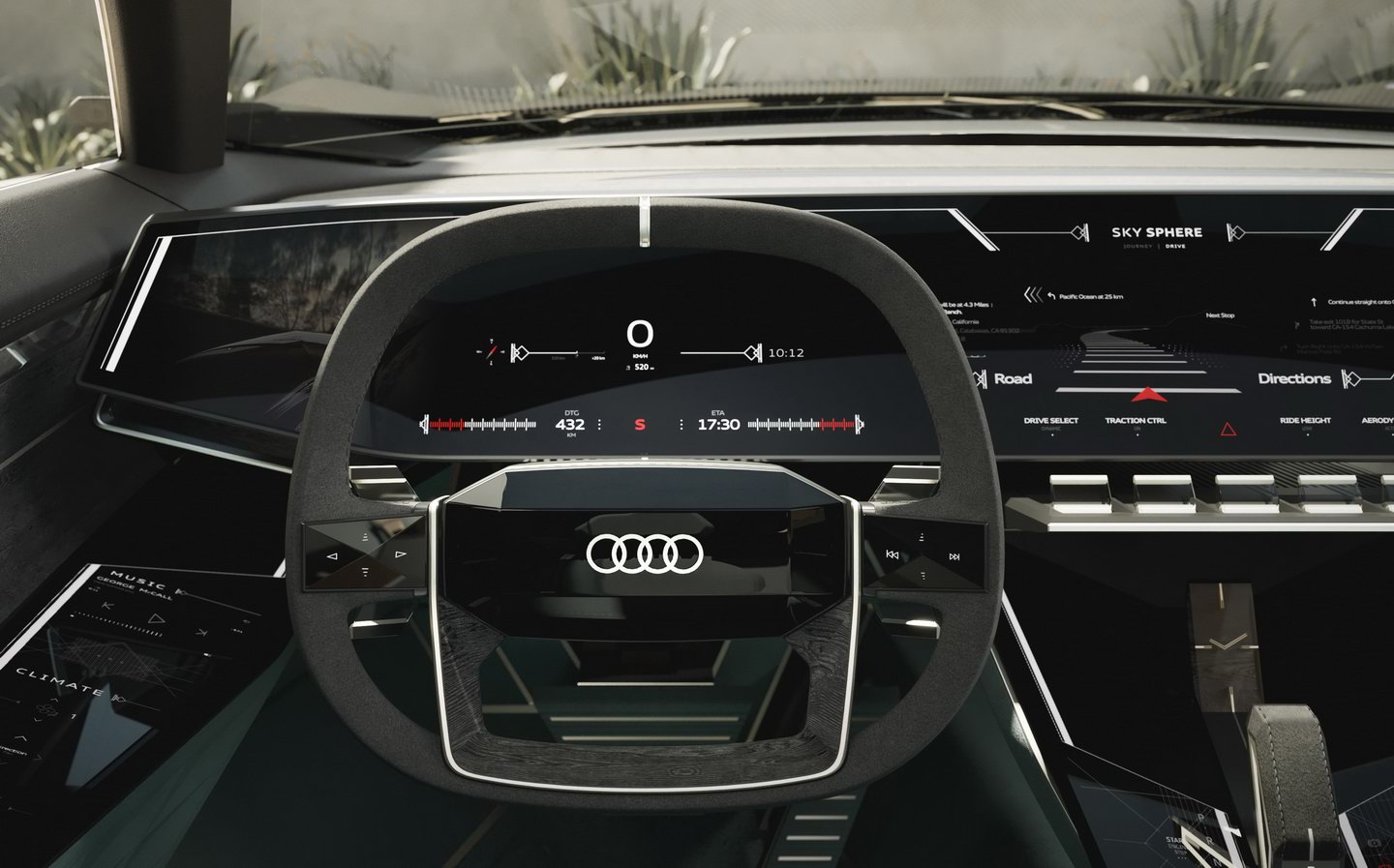 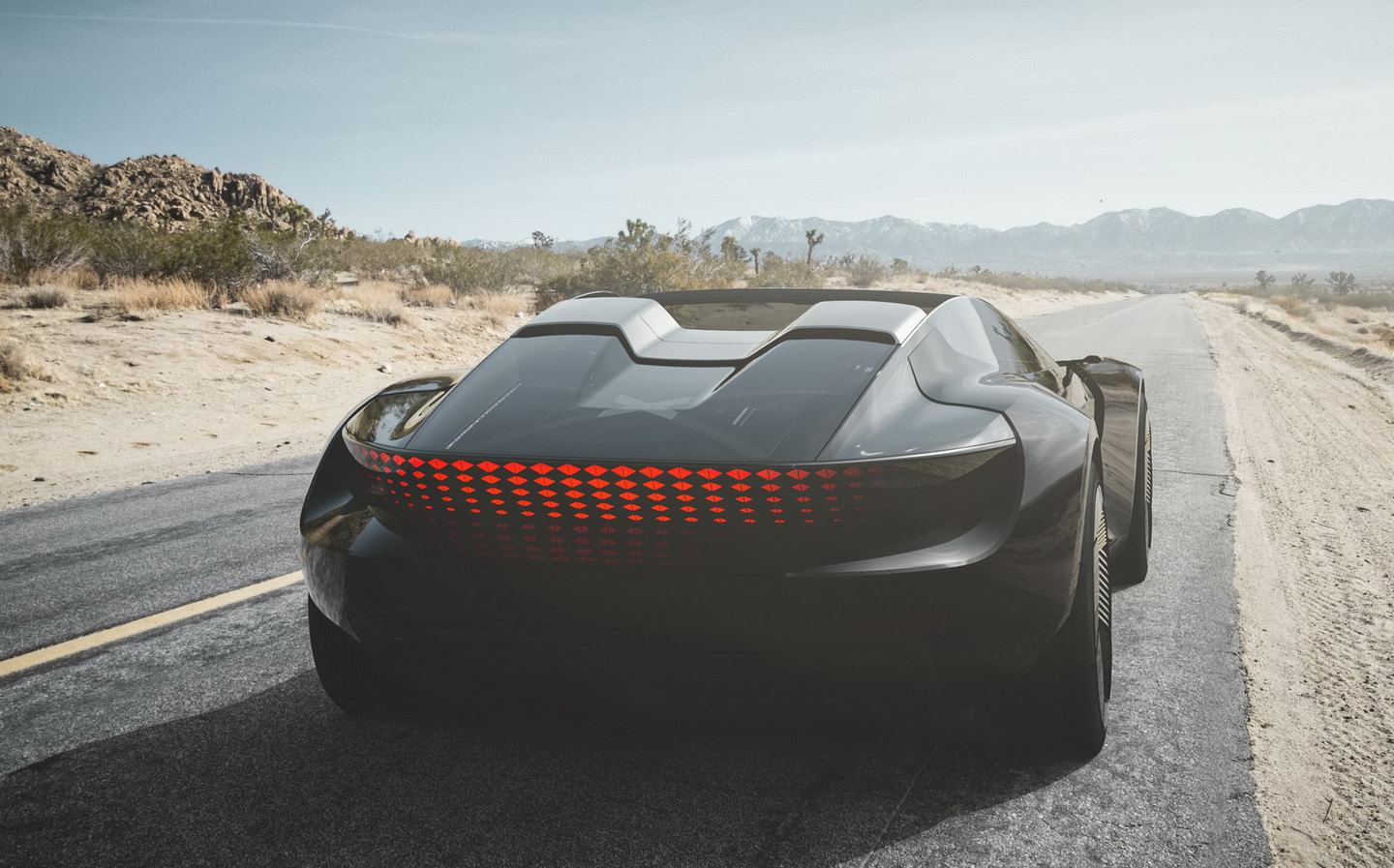 AUDI has previewed the Skysphere, an autonomous luxury electric roadster concept, at the Monterey Car Week.

Taking inspiration from the Horch 853 (below) of the 1930s — a car that took the Best in Show title at the Pebble Beach Concours d’Elegance in 2009 — Audi’s design team in Malibu set about creating the Skysphere digitally. 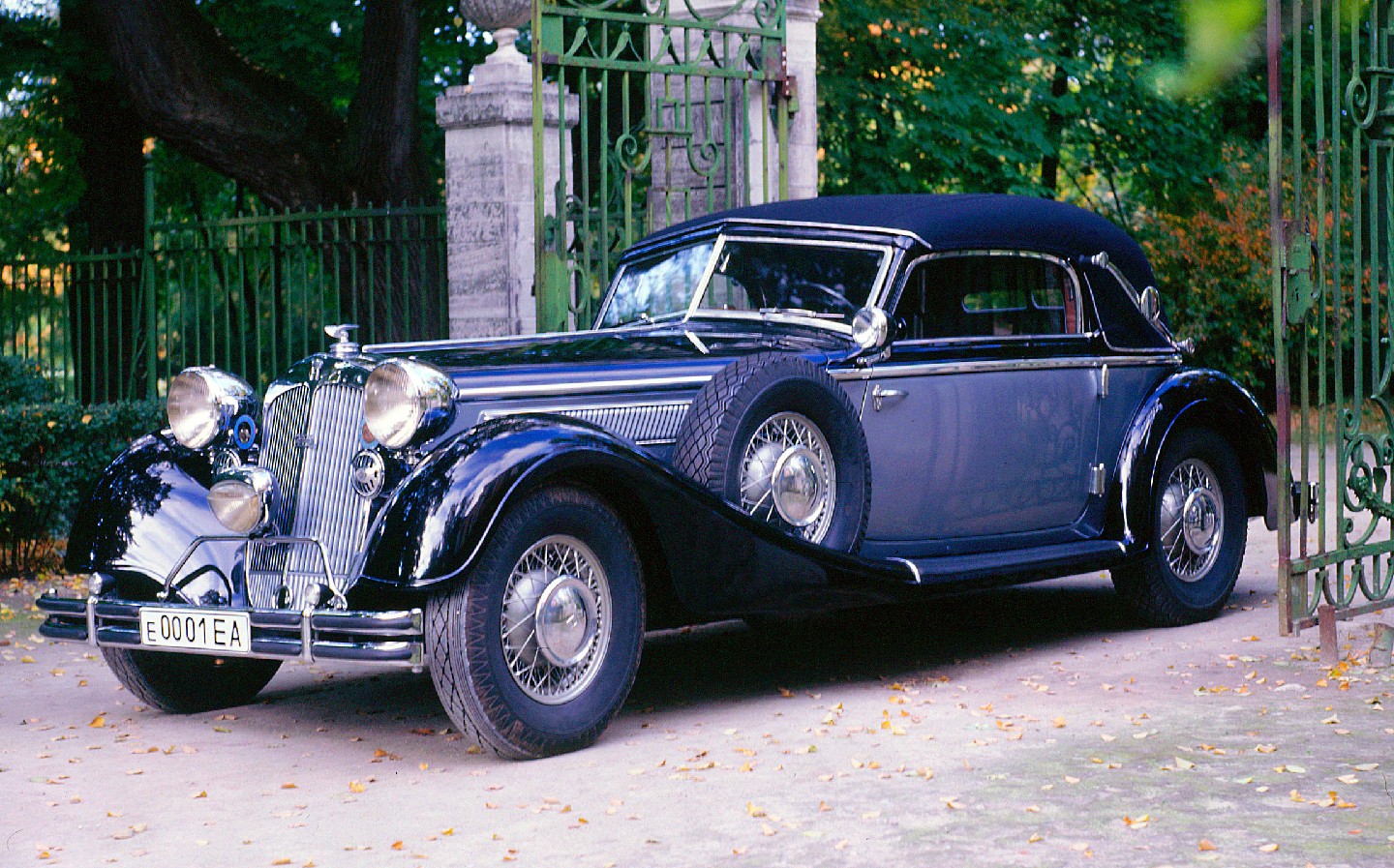 The result is an elegant two-seat, rear-wheel-drive roadster powered by an 80kWh battery and has a theoretical driving range of 310 miles.

Audi’s designers kept the company’s signature grille design and adorned it with individual lighting elements that animate and change according to the car’s driving mode. A similar theme applies to the rear of the car, which uses one large lighting panel with more than 200 LEDs.

The dramatic side profile shows off the car’s huge 23in wheels, while its raked windscreen and shallow side windows add to a futuristic look. The battery is placed in the rear of the concept and between the seats in a T-shape, while under the long bonnet is a storage area that can accommodate a pair of golf bags.

A smaller boot at the rear can also carry two stylised weekender bags that are visible through the transparent deck.

One of the standout features of the Skysphere is how it can grow in length depending on the driving mode. In the normal setting, called Sports, the driver is in full control with up to 623bhp of electrical power going to the rear wheels — enough to propel the Skysphere from standstill to 62mph in four seconds.

An advanced steer-by-wire system allows the driver to choose different steering ratios and the concept is also equipped with four-wheel steering that turns the rear wheels in the opposite direction to the front wheels to reduce the Skysphere’s turning circle.

When the driver wants to relax, the touch of a button activates the Grand Touring — or GT — mode. Now the car takes over all of the driving and the steering wheel tilts 90 degrees and retracts into the dashboard along with the pedals and other controls.

At the same time, the car’s wheelbase extends by 250mm to provide more comfort, while the adjustable air suspension can raise the car’s ride height by 10mm.

The Skysphere name alludes to open-top driving and an interior that is referred to as a sphere rather than a cabin. Audi’s designers claim that the seats offer the sort of legroom and comfort one would expect when flying first class.

From sustainably-produced microfibre fabric, imitation leather and environmentally certified eucalyptus wood, the Skysphere is more like a trendy lounge than the interior of a car.

One aspect of the design study that could make its way into future Audi models is the vast digital dashboard. Measuring 1,415mm wide and 180mm tall, two thirds of it can move towards or away from the driver’s controls depending on the driving mode.

In the GT mode it sits flush with the passenger’s section and creates a massive display that can be used for video calls and streaming movies, while the car does the driving.

Level 4 is the autonomous stage where the car can drive without any input from the driver. The fifth and final level of self-driving is where the car takes over all of the driving at all times, with no controls for the occupants. As a technology, Level 4 and 5 still remain some way off reaching production cars that people can purchase, and there are currently no commercially available self-driving cars on sale that reach Level 4 ability. Some current production cars claim to be Level 2.5, which means the car can do some of the driving but a human is required to take over at all times.

The Monterey Car Week takes place each August in and around Monterey, California, consisting of a number of prestigious car-related events.