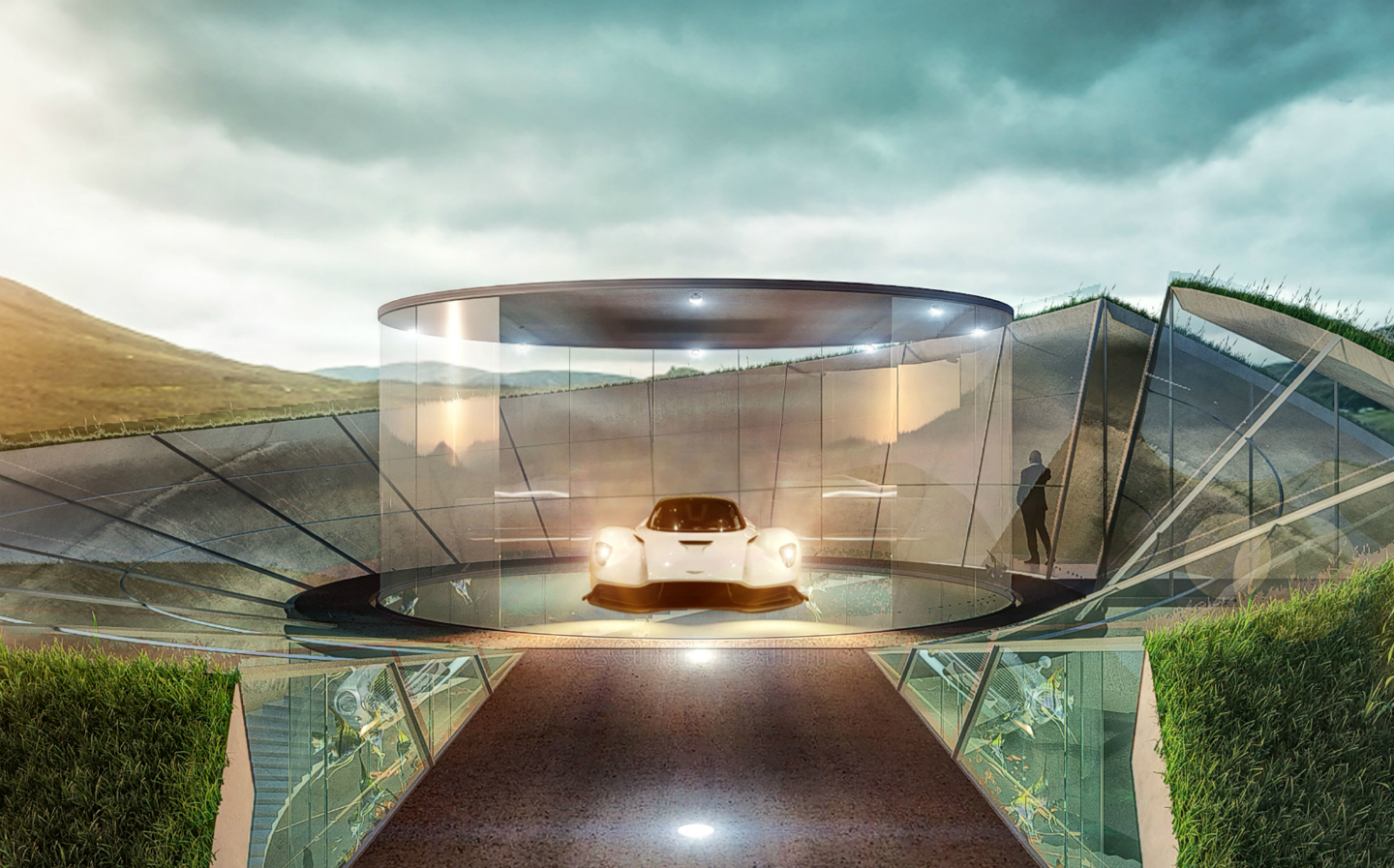 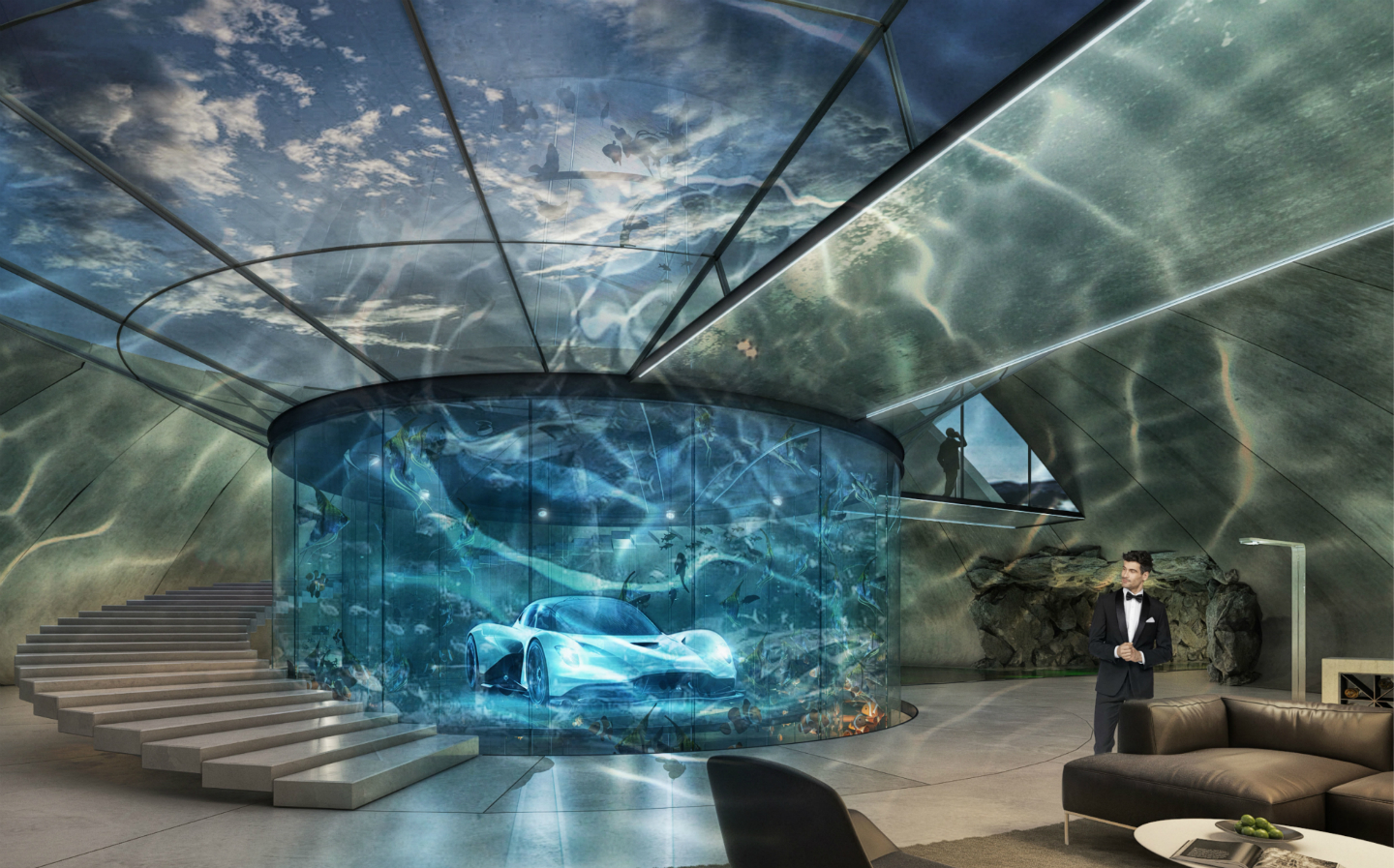 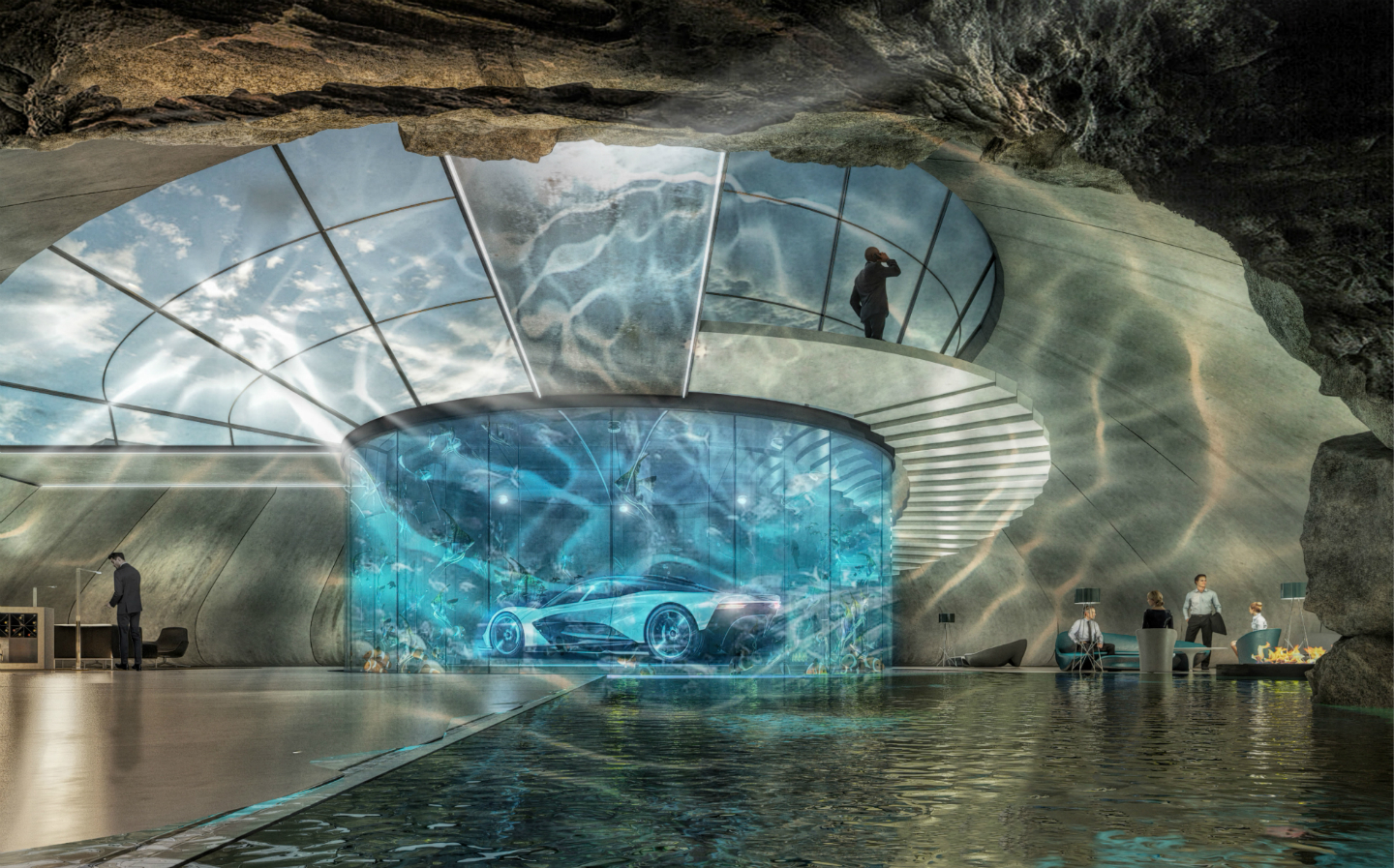 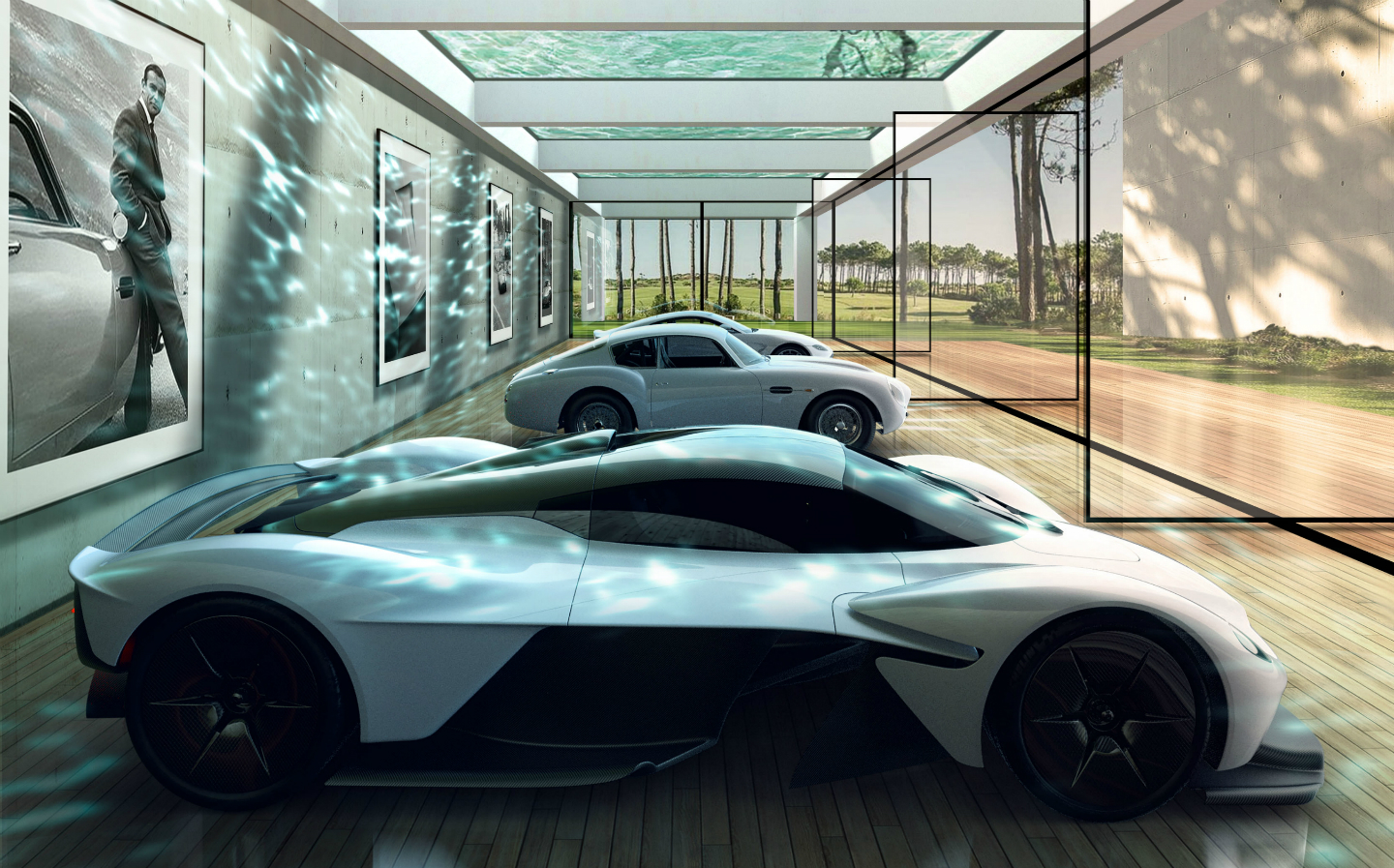 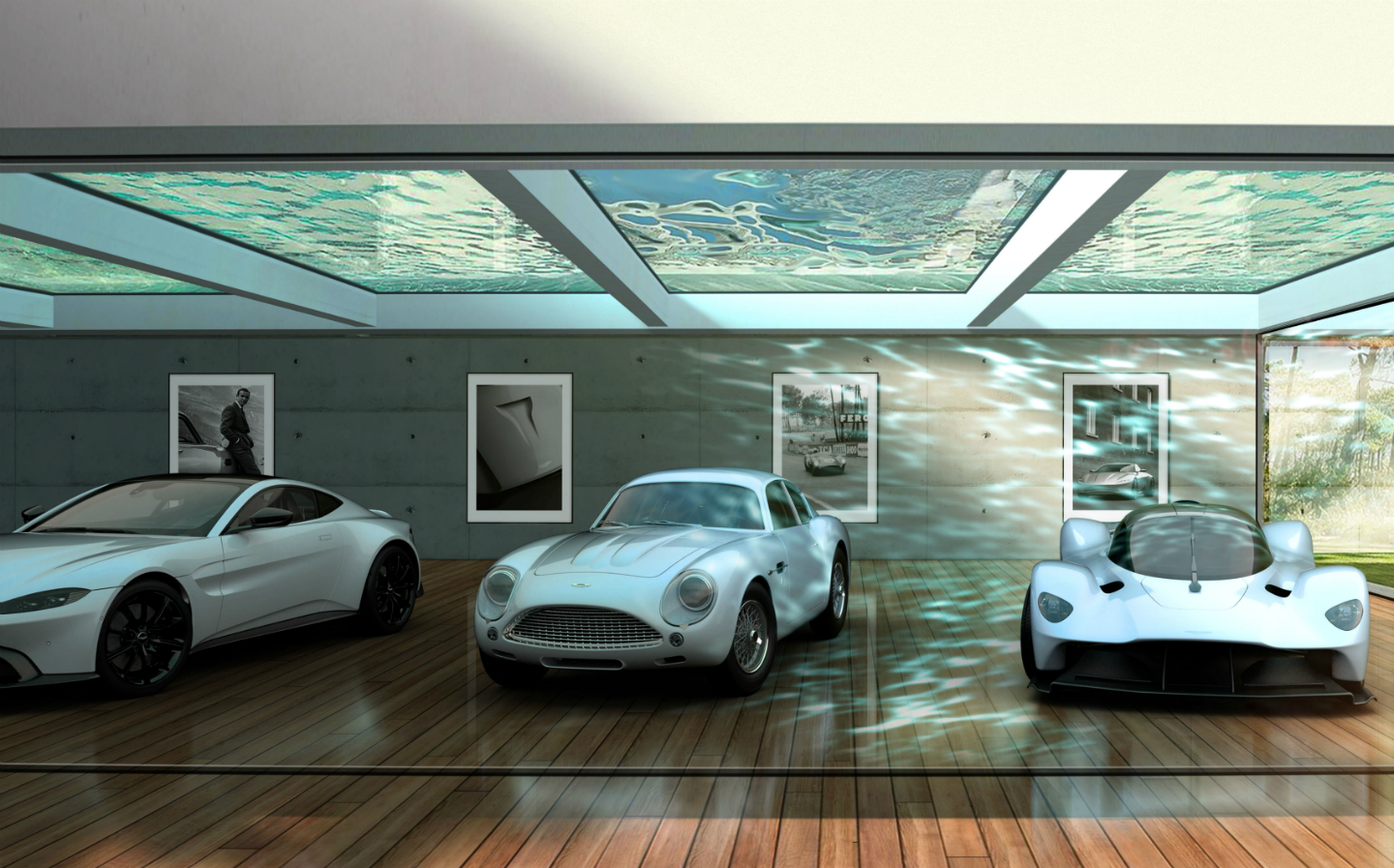 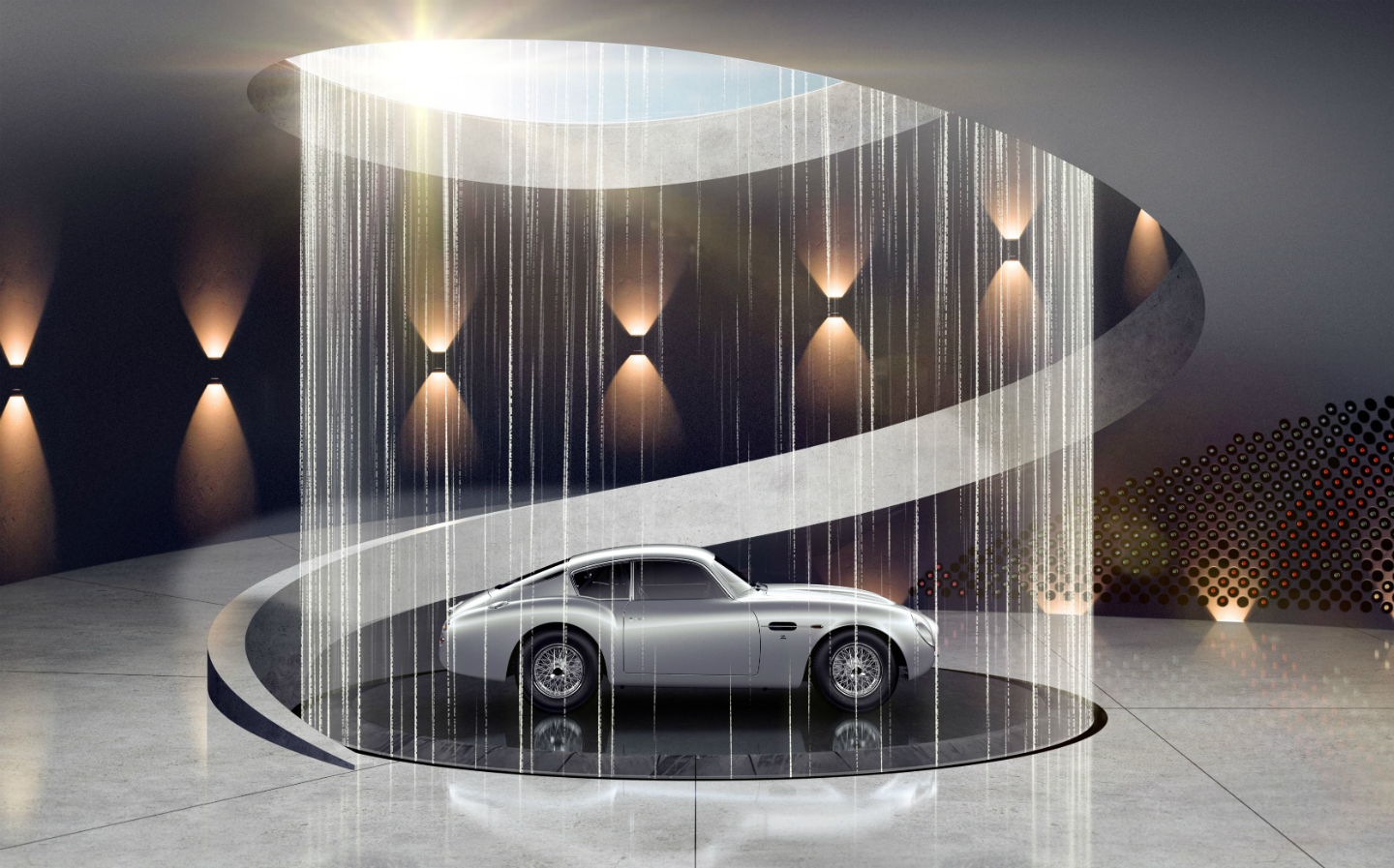 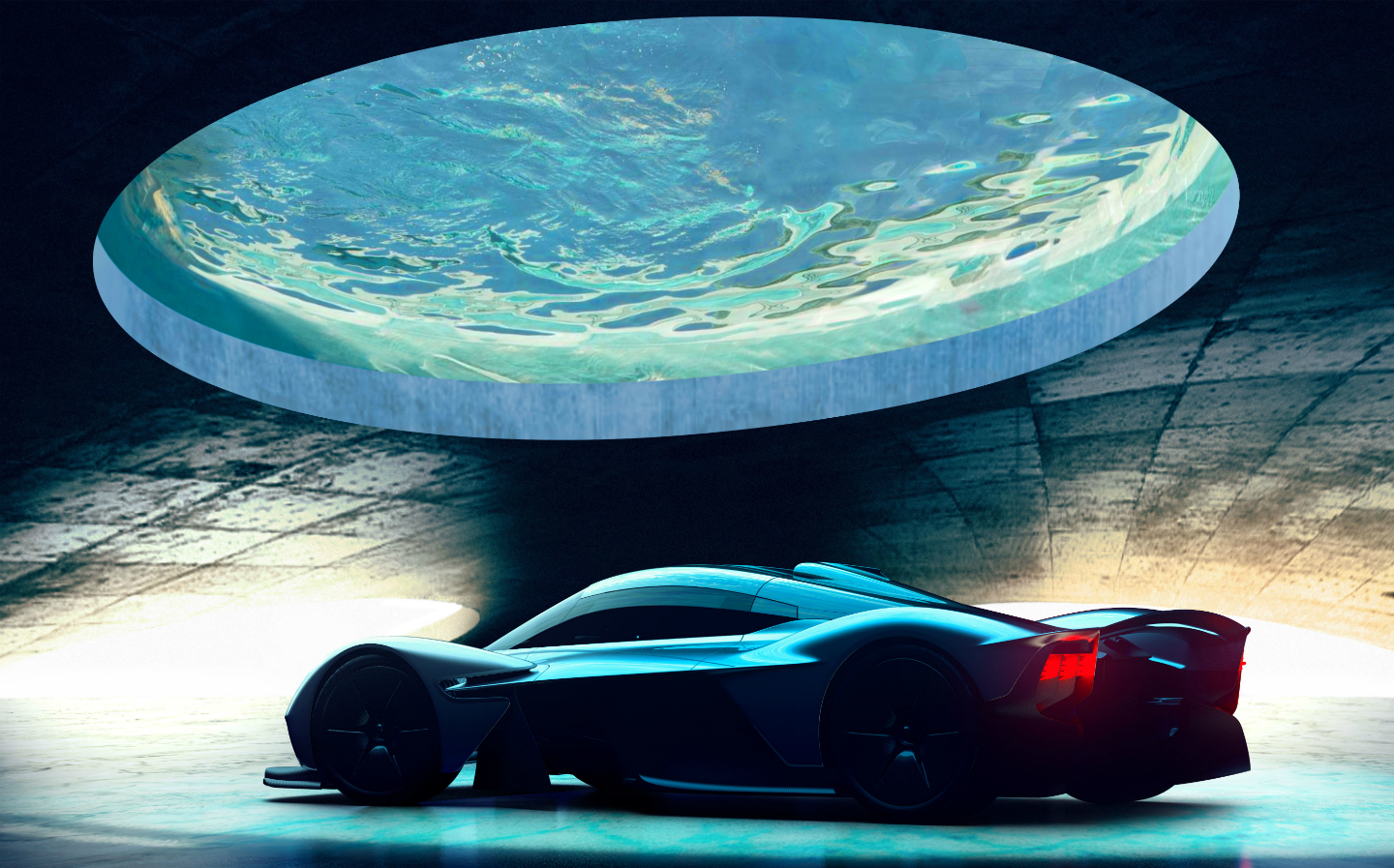 LUXURY brand Aston Martin already offers a personalisation service for buyers of its high-end sports cars — and now it will help its customers build the ideal garage in which to store them.

As the venture’s “Automotive Galleries and Lairs” name suggests, Aston Martin’s ambitions for its architecture programme go beyond building more traditional garage setups. The ambitious pitch is to create “the ultimate space to showcase your own automotive works of art”.

These can range from bespoke garages that can double as a private museum or gallery to proposals such as designing “entire luxury homes or retreats … where the car takes centre stage”.

To give any interested parties a taste of what Aston Martin can help them build, the company has worked with Austrian architecture agency Obermoser to design a mostly subterranean lair that, as well as housing a collection of high-end motors, can also be used as a residential and entertainment venue.

Many of the areas intended to house the cars feature a distinctly aquatic theme. These range from above-ground areas with water features on the roof to a storage spot for one car in the middle of a circular fish tank.

Aware that projects like this may be a tad excessive for even the well-heeled people who’ll spend millions of pounds on their car collections, which may include the forthcoming Aston Martin Valkyrie hypercar and Valhalla supercar,  less outrageous designs are possible. The firm’s partnership director Sebastien Delmaire says clients with older cars can have their luxo-garage designed to tastefully “fit the era” in which the vehicle was built.

Aston Martin’s design director Marek Reichman added: “For the car enthusiast the garage is as important as the rest of the house and a bespoke auto gallery designed by Aston Martin that either focuses on showing off the car or is part of a larger, integrated entertainment space with simulators and such like, takes Aston Martin ownership to the next level.”

While Aston Martin’s Automotive Galleries and Lairs service is its first attempt at helping car buyers build high-end garages, it isn’t the first time the company has worked on architecture projects. Its design team has helped shape the look of Aston Martin dealership interiors, culminating in the “House of Aston Martin” brand centre in Tokyo, Japan.

The launch of the bespoke garage design service also comes shortly after construction began on an “Aston Martin Residences” luxury apartment complex in Miami. The company says the seafront skyscraper will be the tallest residential structure in the city once it’s finished, though residents will need to be patient before they’re handed the keys to their new pads, as the building isn’t scheduled to be completed until 2022.