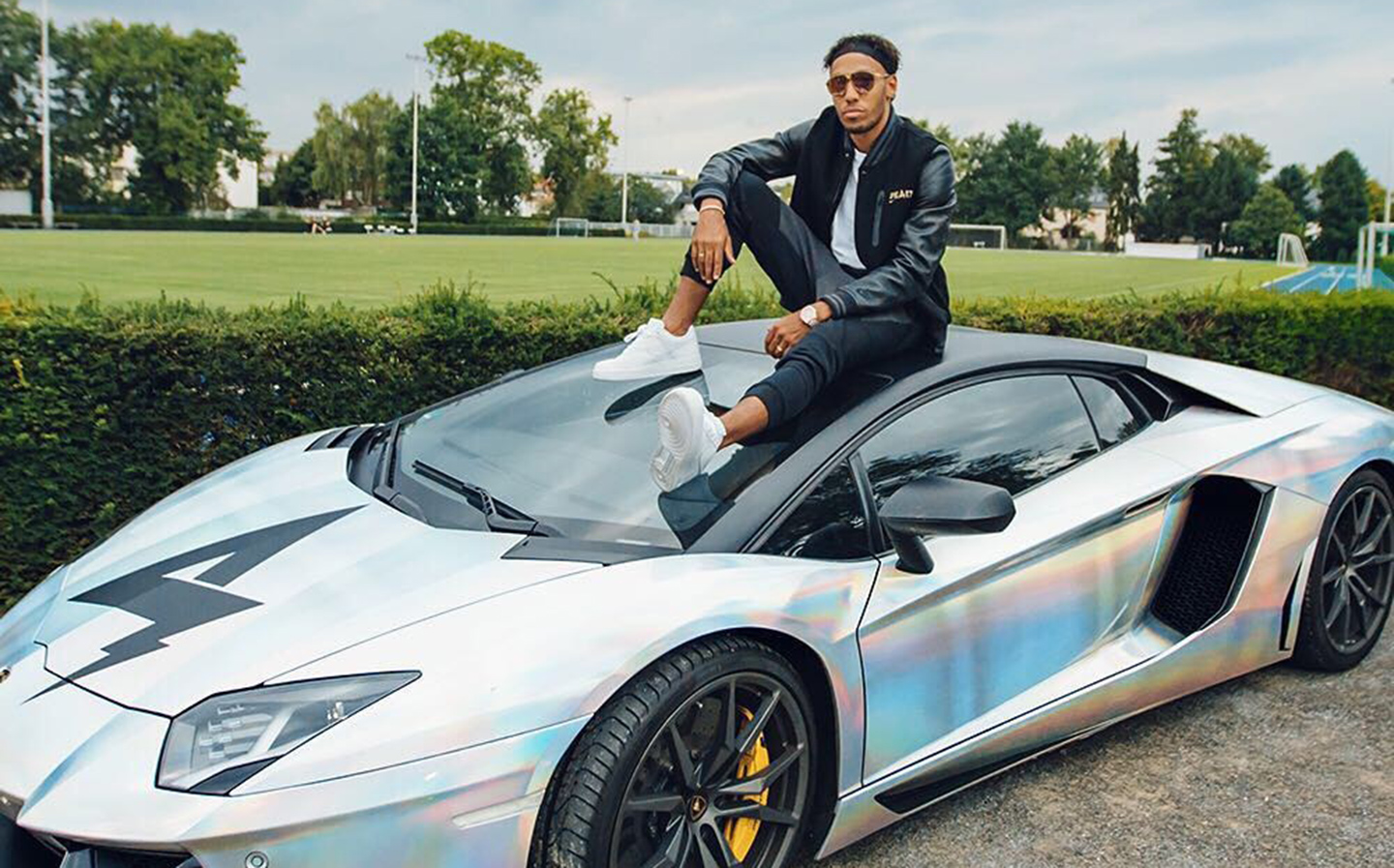 THE ARSENAL ace Pierre-Emerick Aubameyang has racked up six penalty points on his licence and a £1,250 fine, after being caught speeding at 99mph on the M1 motorway.

During a prosecution yesterday at Willesden Magistrates’ Court in North London, the Gabonese footballer admitted he had broken the speed limit, with the striker’s lawyer saying his client had “no excuse” for his antics.

It’s understood Aubameyang was driving his Lamborghini Aventador (pictured) when he was snapped by motorway speed cameras.

The 29-year-old escaped more stringent penalties from the magistrates, which could have extended to a 28-day driving ban.

The Lamborghini Aventador is just one of the many luxury cars owned by Aubameyang. Of the vehicles that make up his £1.5m collection, highlights include a Ferrari 812 Sueprfast and another Aventador that’s been christened the “Batmobile” due to its all-black colourscheme.