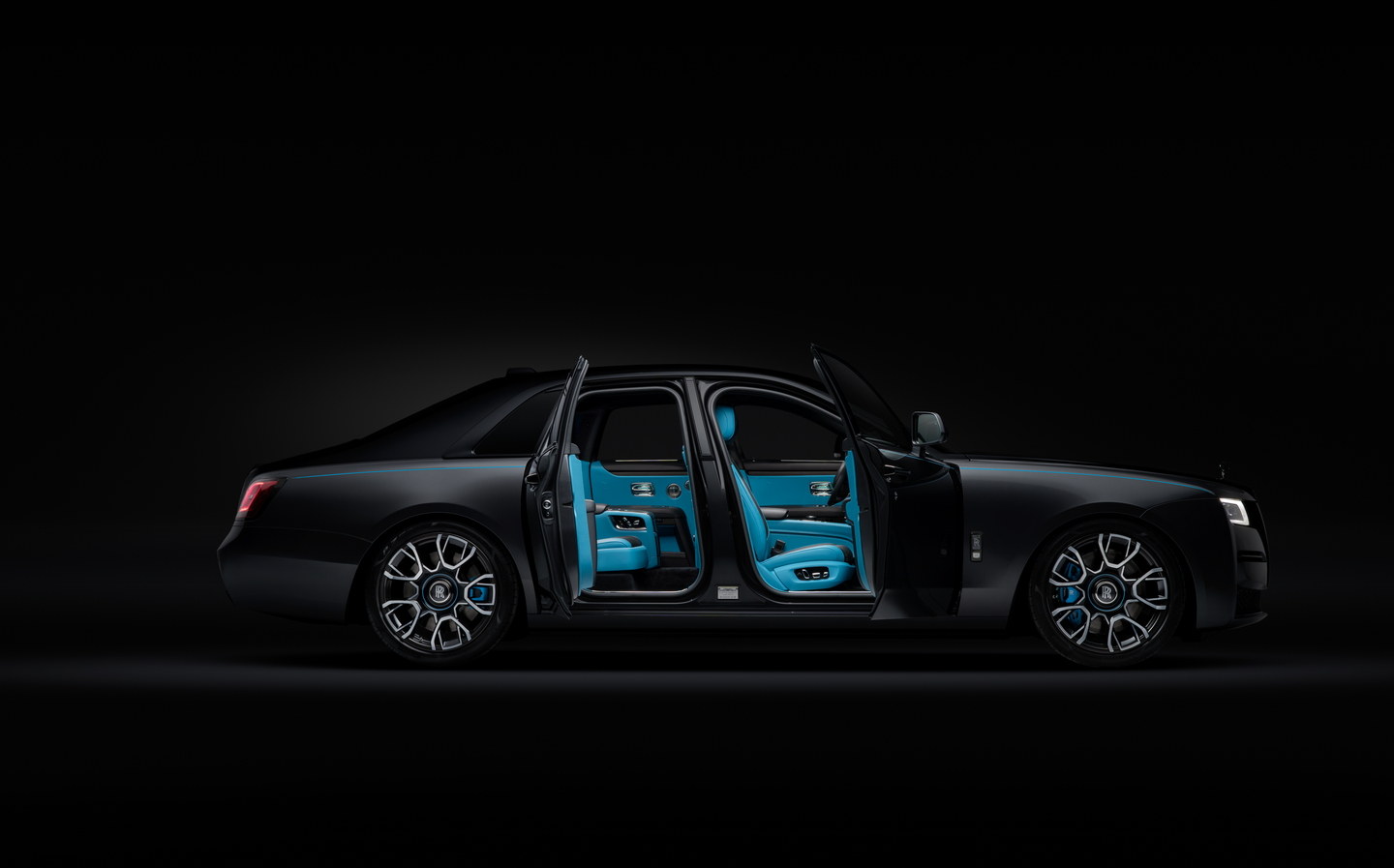 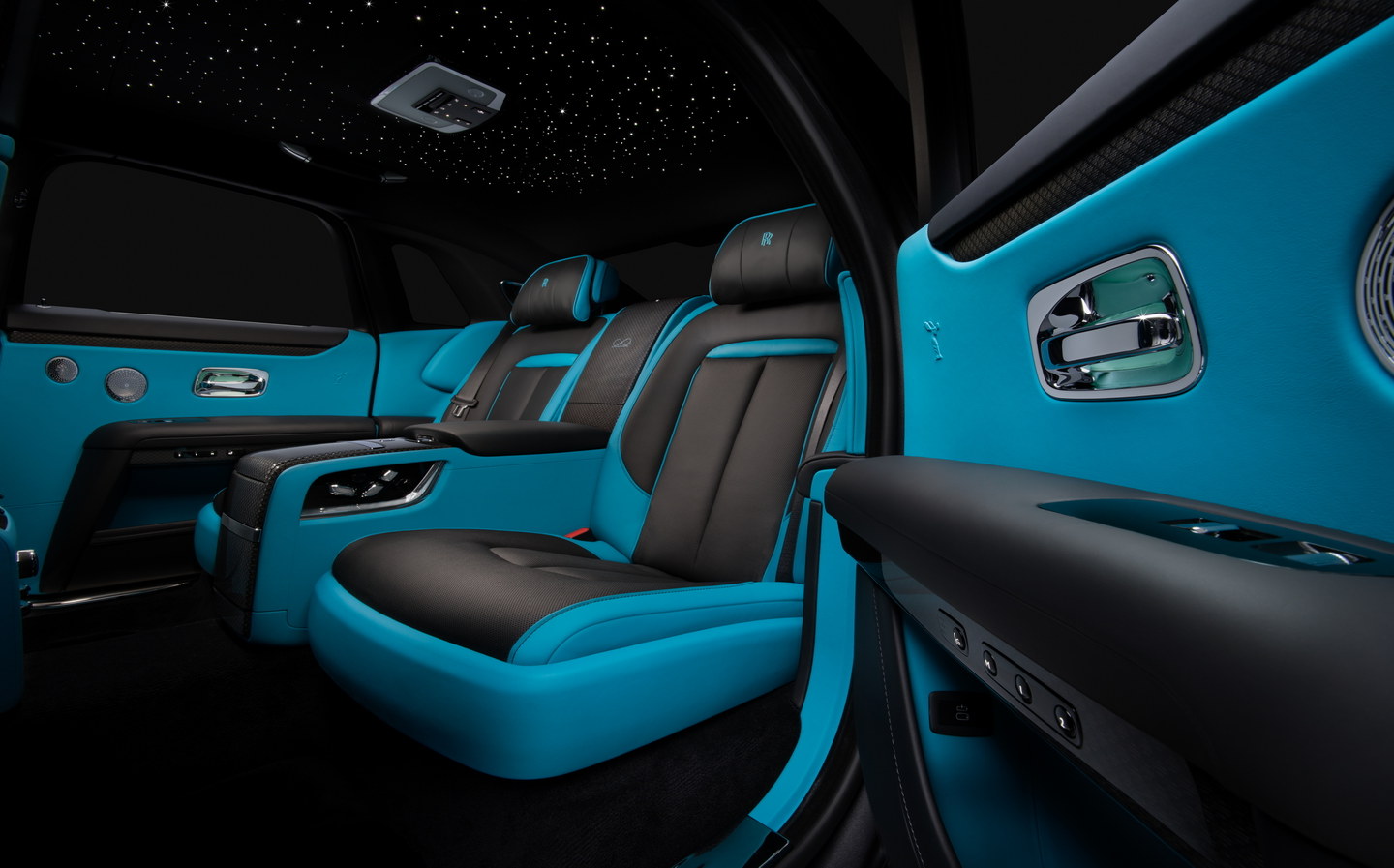 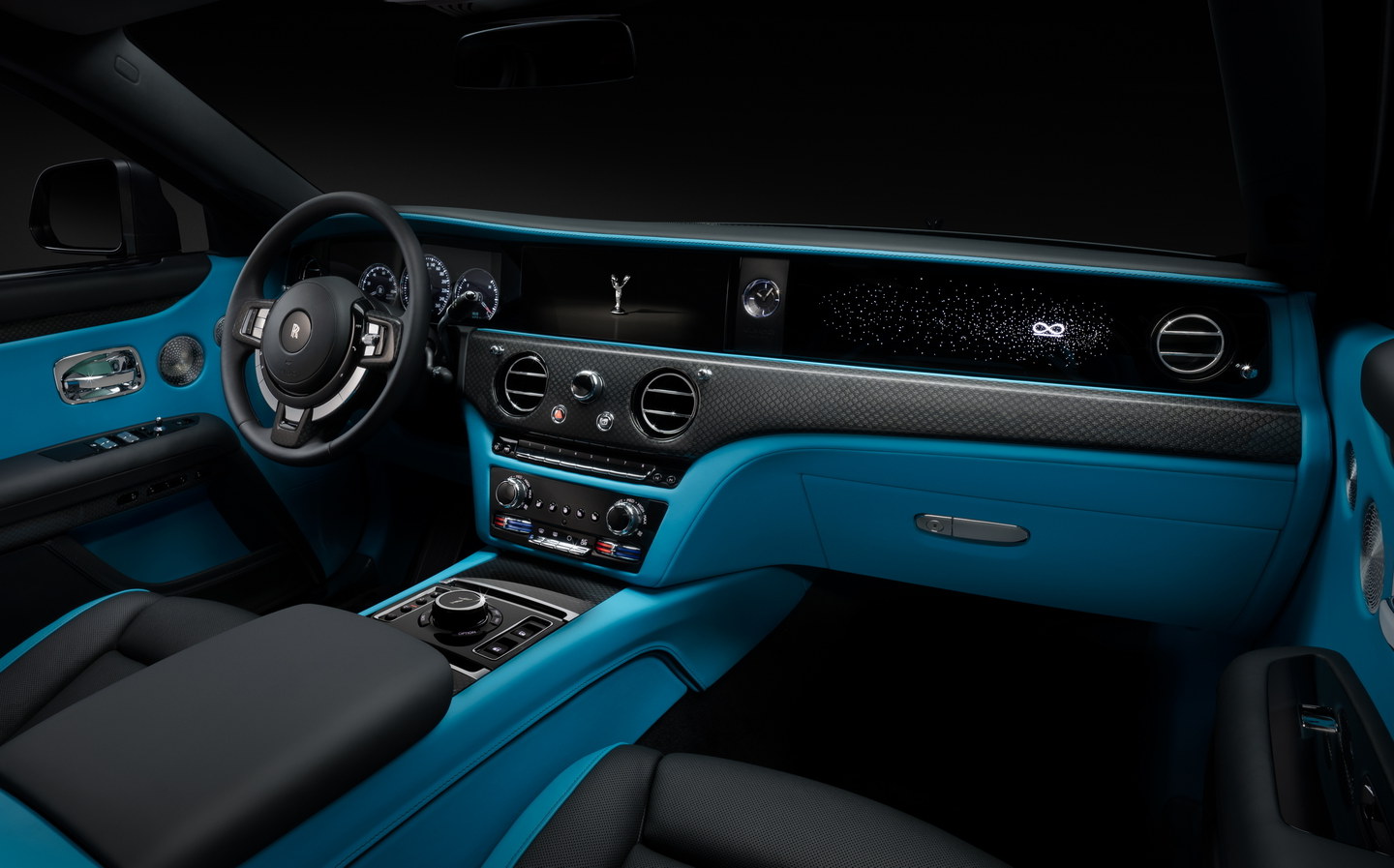 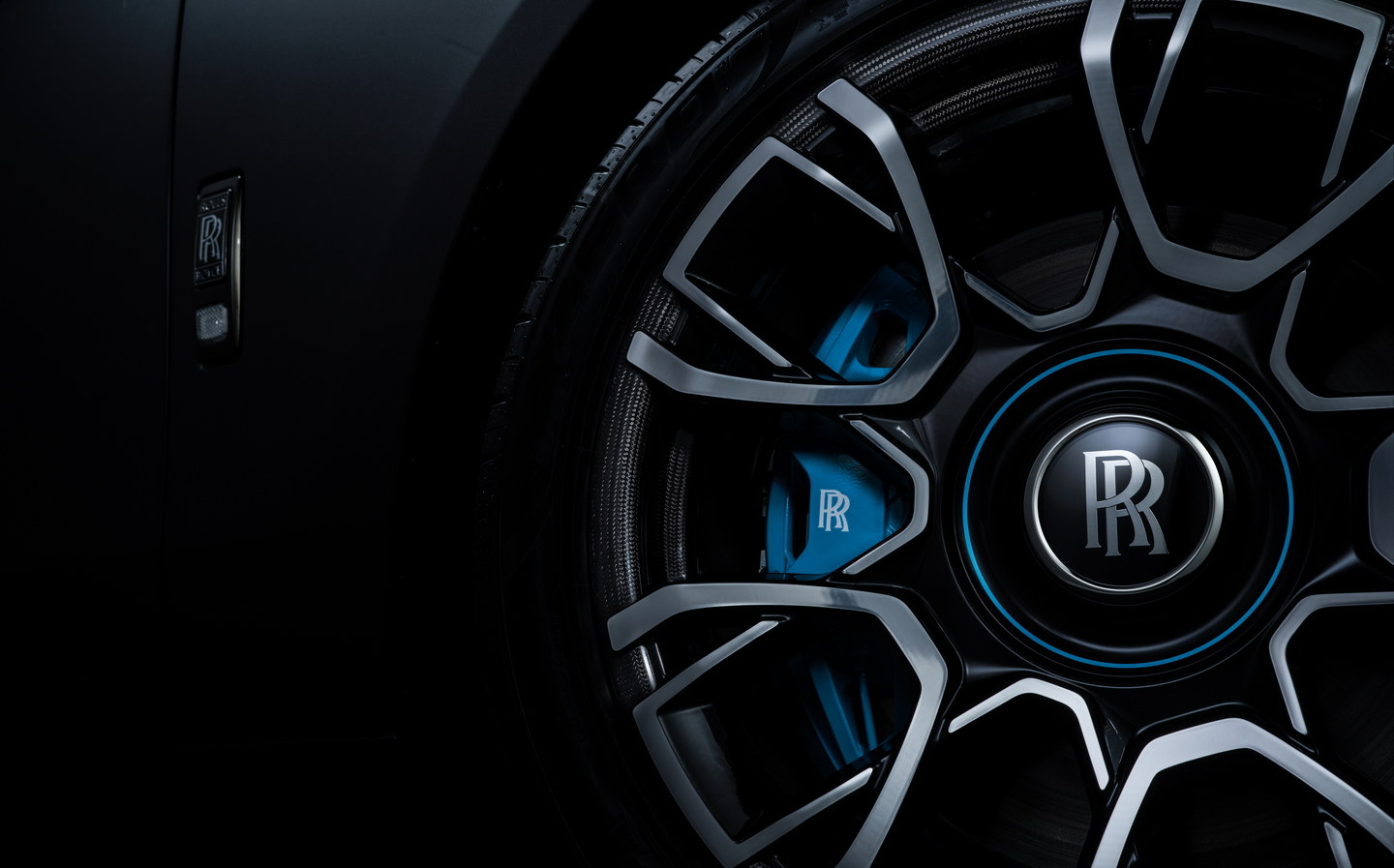 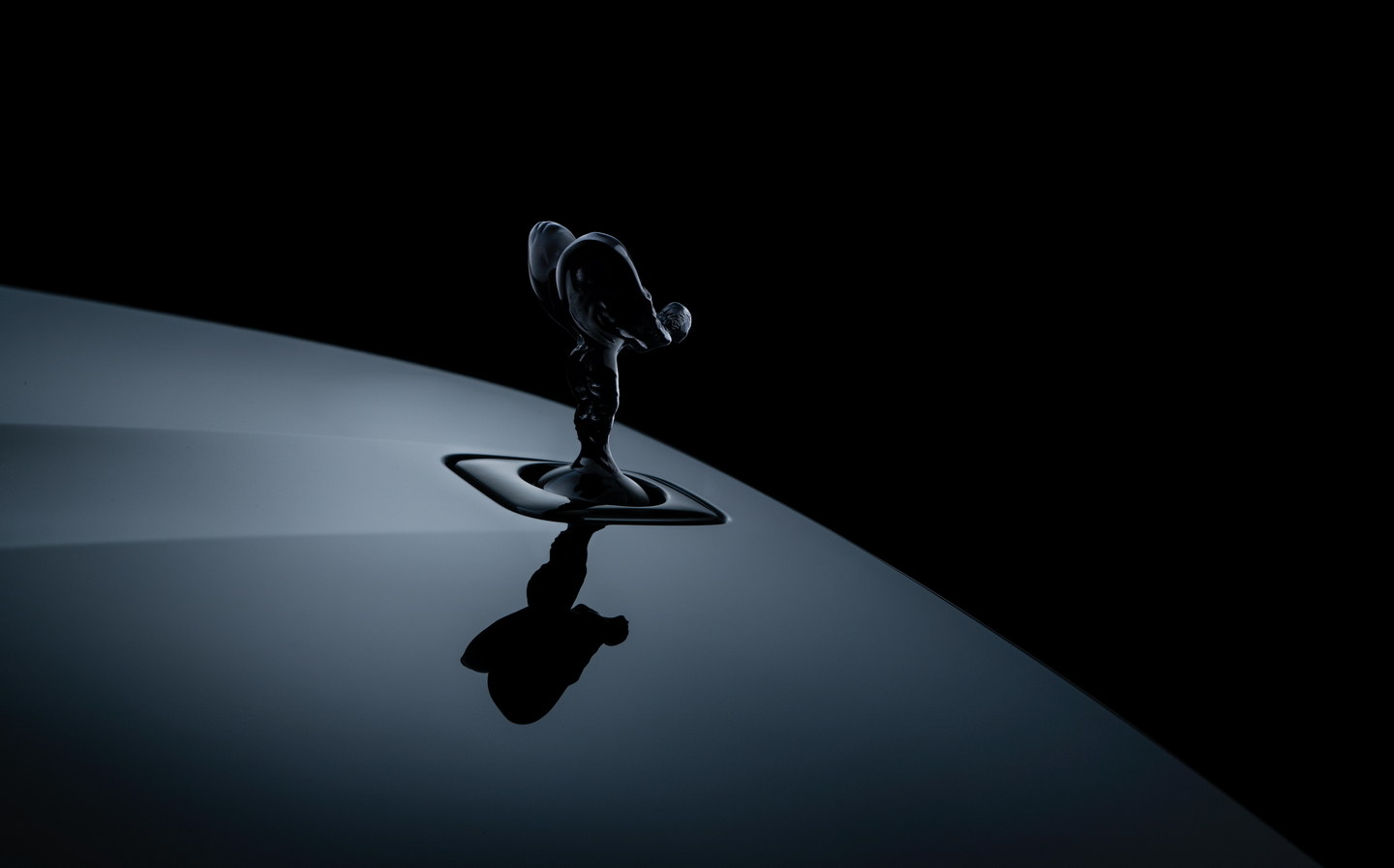 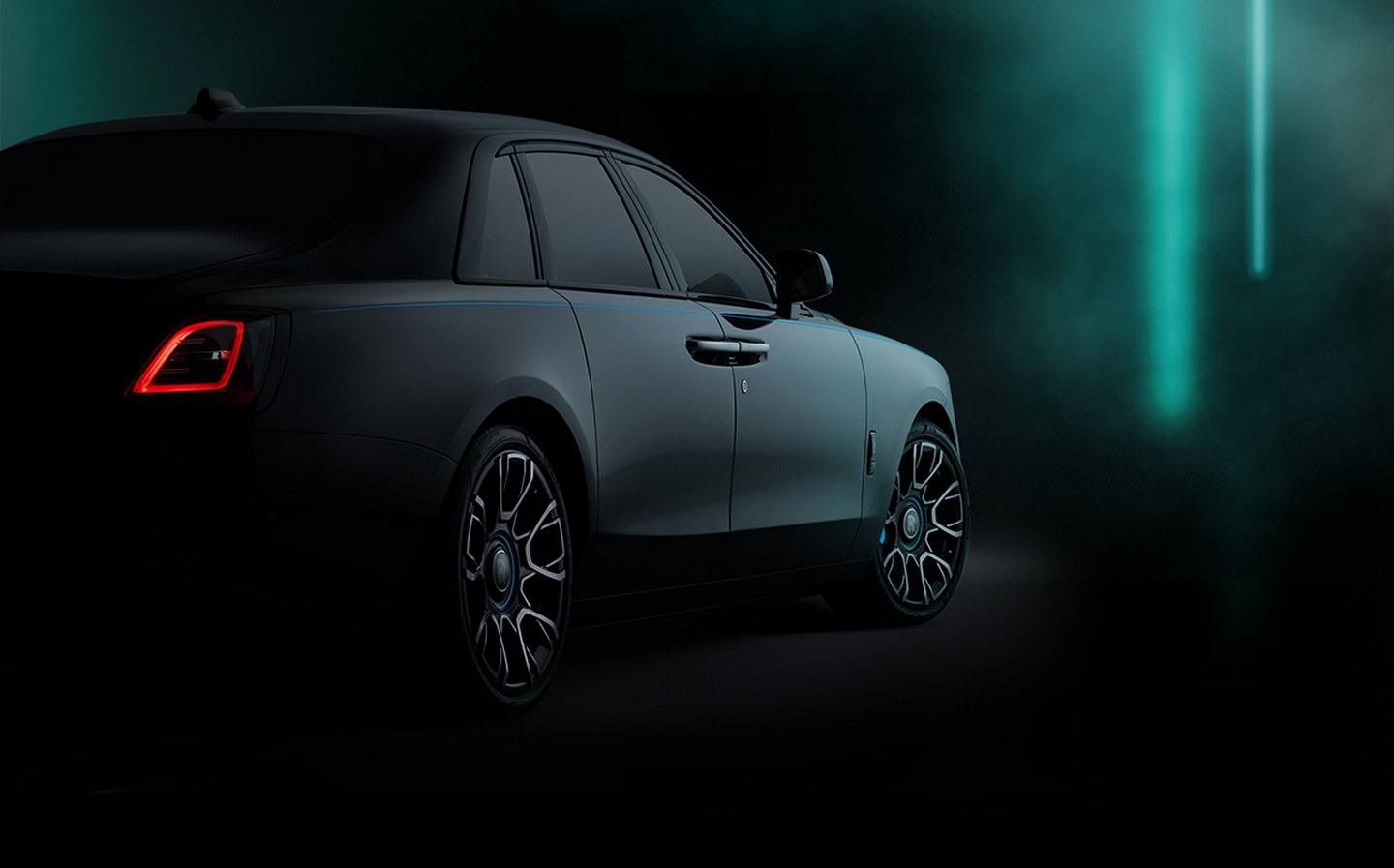 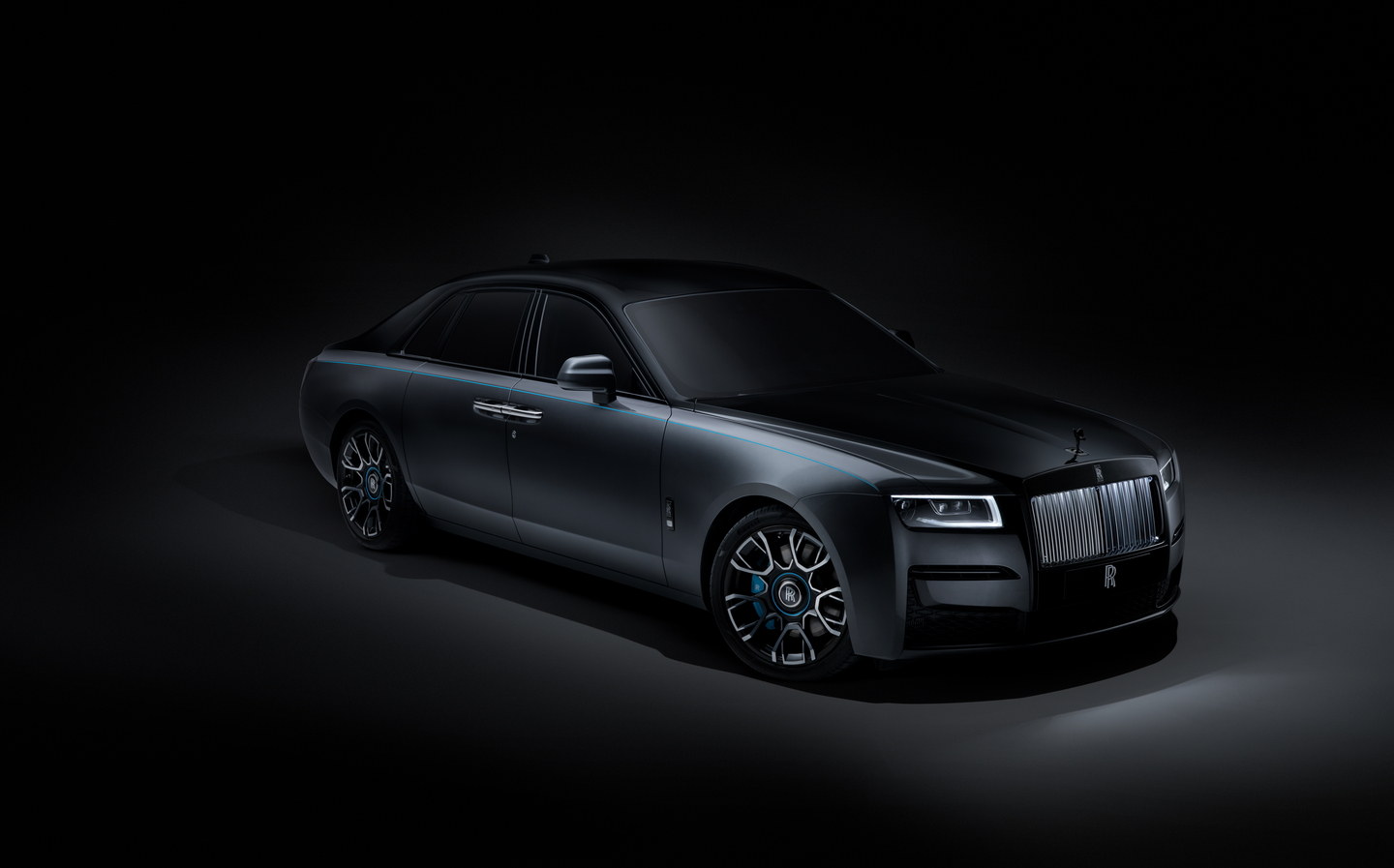 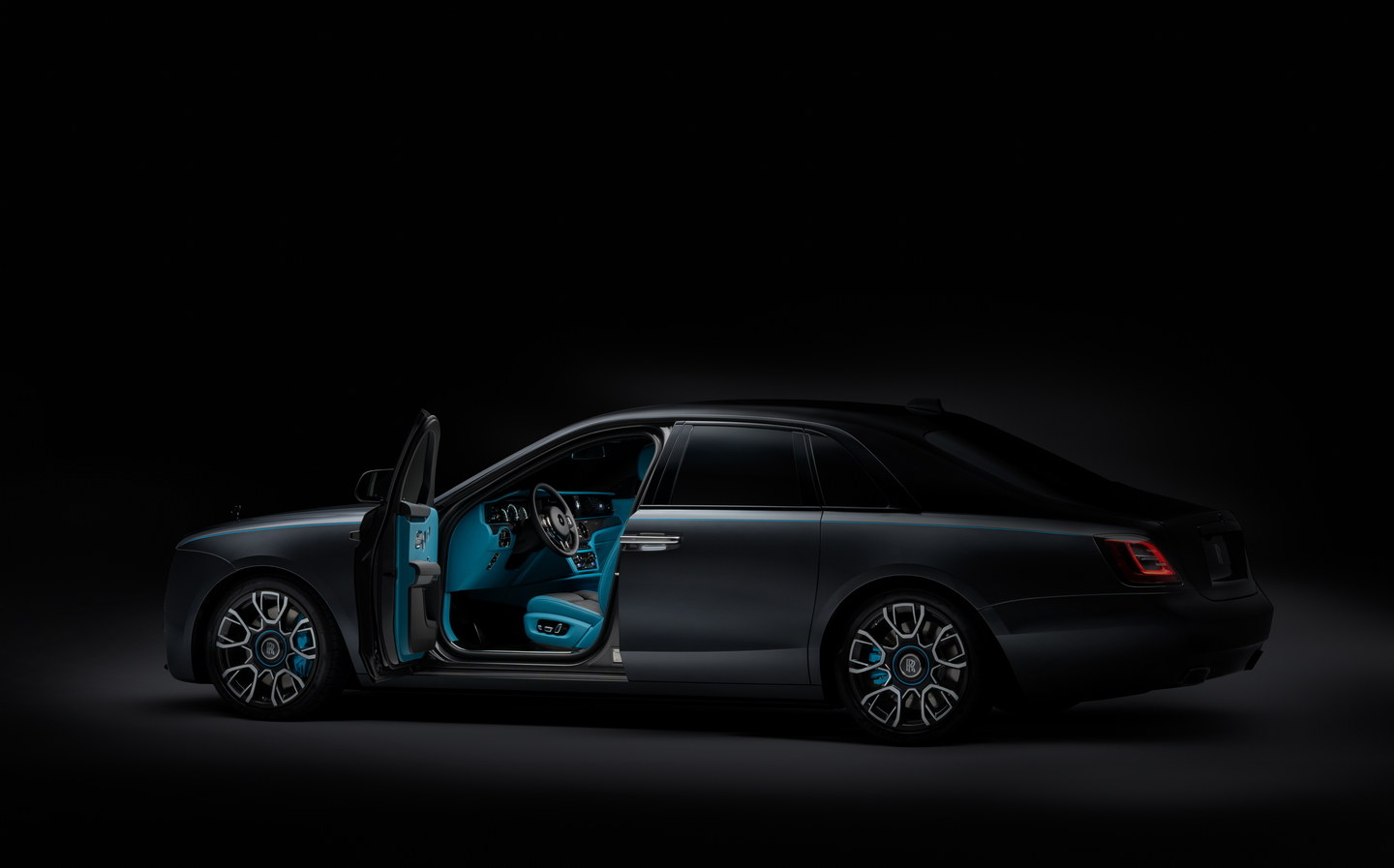 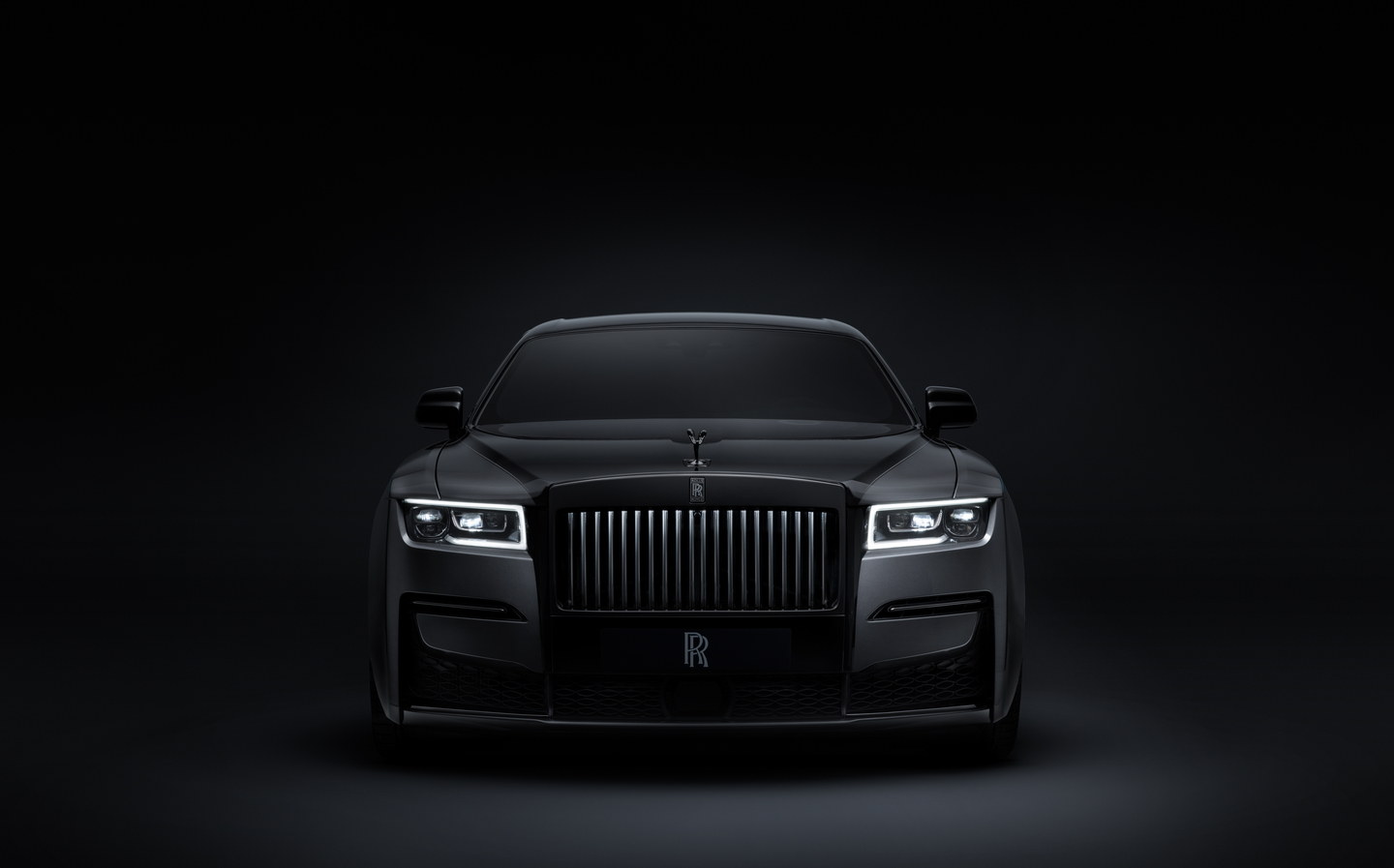 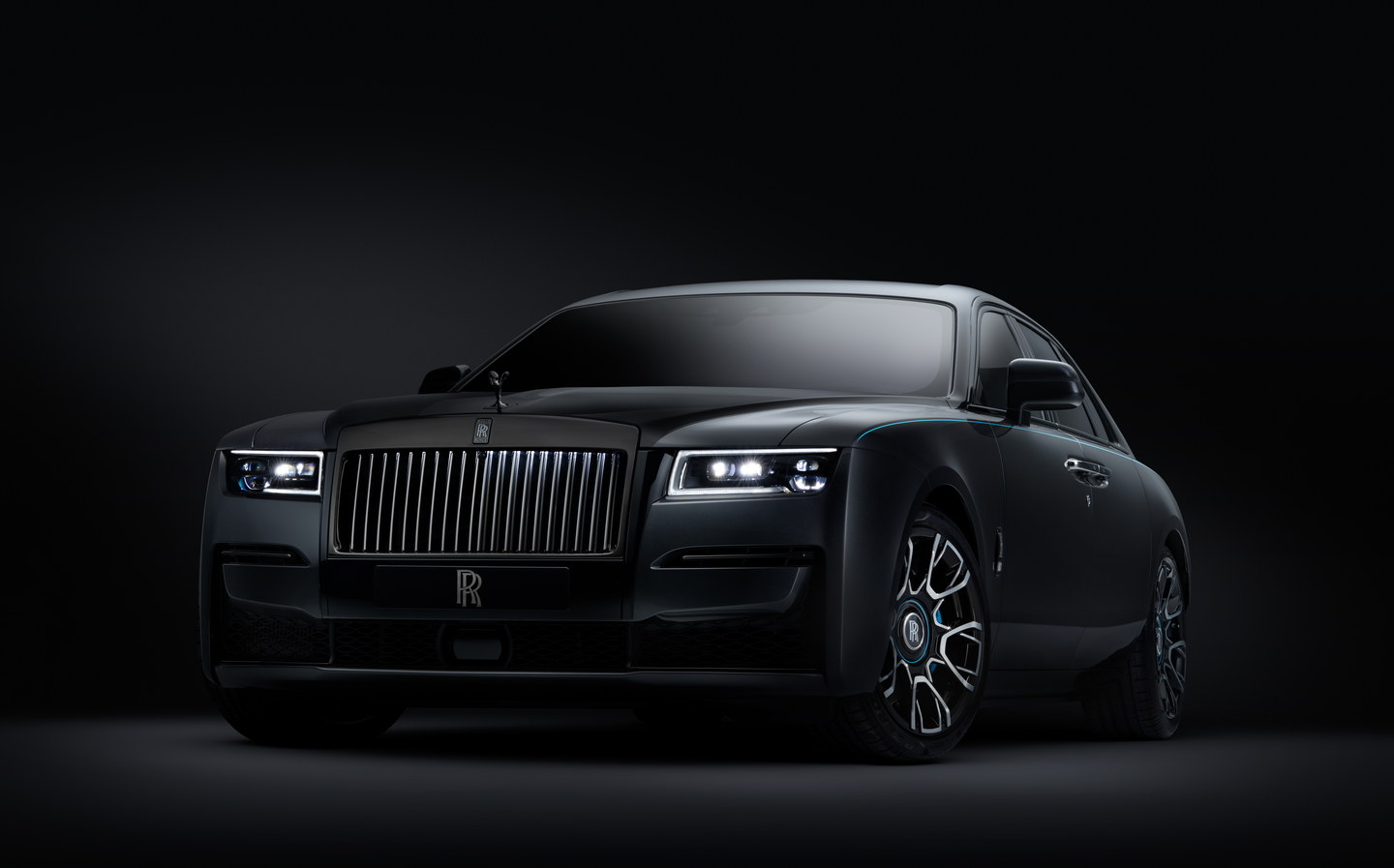 This is the second-generation Ghost Black Badge, and is based on the current Ghost, which was launched in 2020. On the outside, the Black Badge offers a subtler look than the standard car.

While Rolls-Royce’s full range of 44,000 colour options are available, research shows that the majority of Black Badge buyers choose to go with signature black bodywork to match the model’s name.

To the Ghost, Rolls-Royce applies 45kg of black paint, which is then covered with two layers of clearcoat that are then hand polished by four craftsmen for up to five hours to produce a deep black shine. A subtle hand-painted coachline is also added along the length of the car.

The exterior brightwork, including the Spirit of Ecstasy on the bonnet and the large grille, is treated to a darker chrome finish using a specific chrome electrolyte, while the 21-inch wheels include carbon composite components, as well as Rolls-Royce’s trademark floating hubcaps, which keep the logo upright at all times.

Inside, the Black Badge can be tailored to any customer’s taste – at a price – but with an overriding black theme. Diamond-patterned carbon and metallic finishes feature, multiple layers of laminate and lacquer add to the opulence and dark-finished materials continue the black theme.

As with other Black Badge models, the symbol for infinity – called a lemniscate – is incorporated into the Ghost’s interior. This includes one between the rear passenger seats on the car’s champagne cooler, plus one on the dashboard ahead of the front passenger that only illuminates with the interior lights and is surrounded by a laser-etched constellation of 850 stars.

Along with the visual updates, the Black Badge receives an engineering makeover, too. The Ghost’s Architecture Of Luxury platform has been revamped, including beefier air suspension to limit body roll, while the four-wheel-drive system and four-wheel steering have also been recalibrated for improved responses, too.

The Ghost’s 6.75-litre twin-turbo V12 engine has an extra 29bhp, so it now makes 592bhp in total, while torque has increased by 50Nm to 900Nm – and it’s available from as low as 1,600rpm. An eight-speed automatic gearbox still sends power to all four wheels, but its settings have been recalibrated to deliver a sportier feel.

To further sharpen responses, a ‘Low’ button on the gear selector speeds up shifts by 50 per cent, while the car’s exhaust changes tone to deliver a more purposeful note. Rolls-Royce has left the Ghost’s braking system untouched, deeming it already fit for purpose, but a new range of paint colours for the callipers will be available.

The Rolls-Royce Ghost Black Badge is available to order now. Prices haven’t been announced, but since every Rolls is built to order, expect any base price to be largely irrelevant by the time you’ve created a car to your own specification.