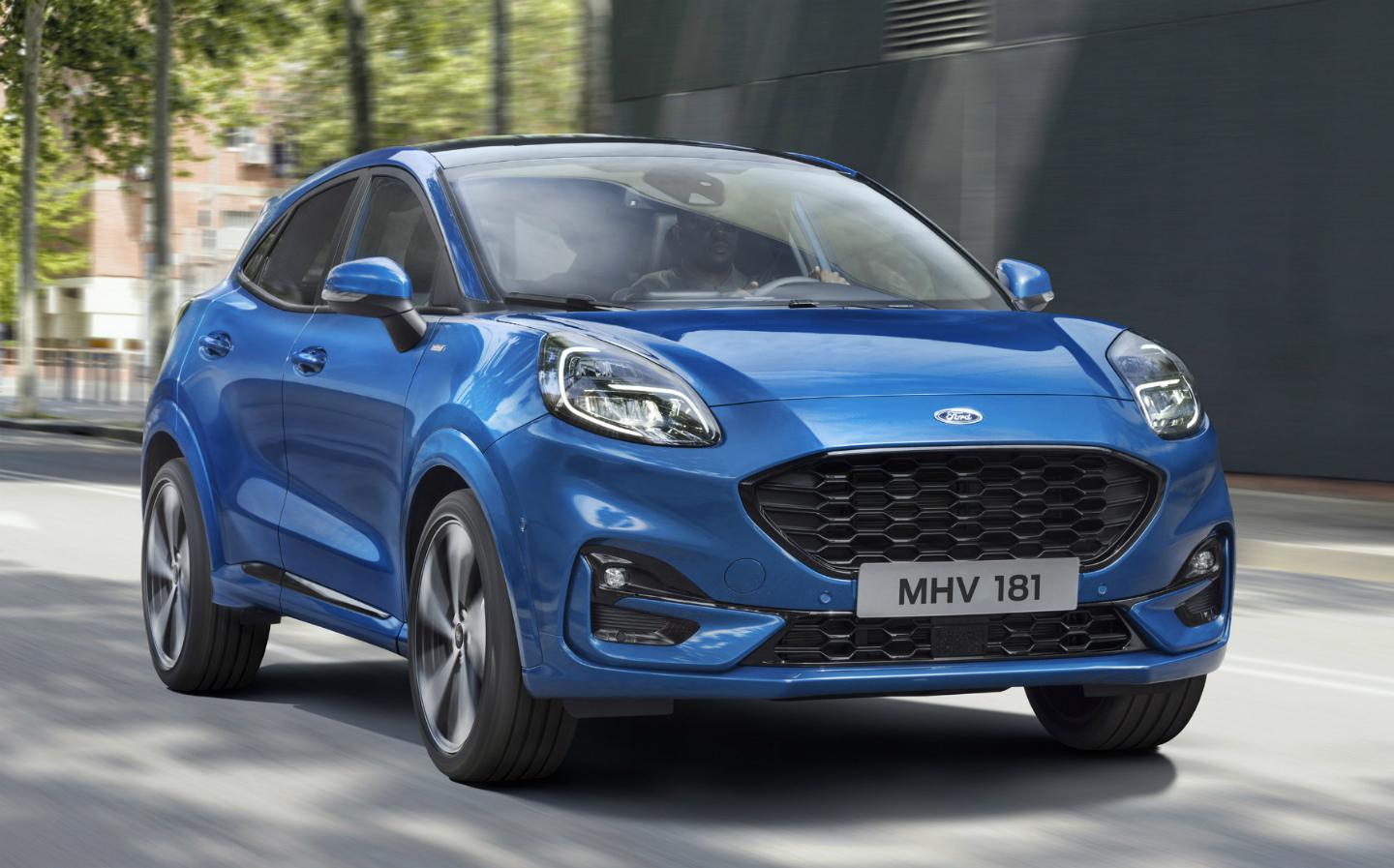 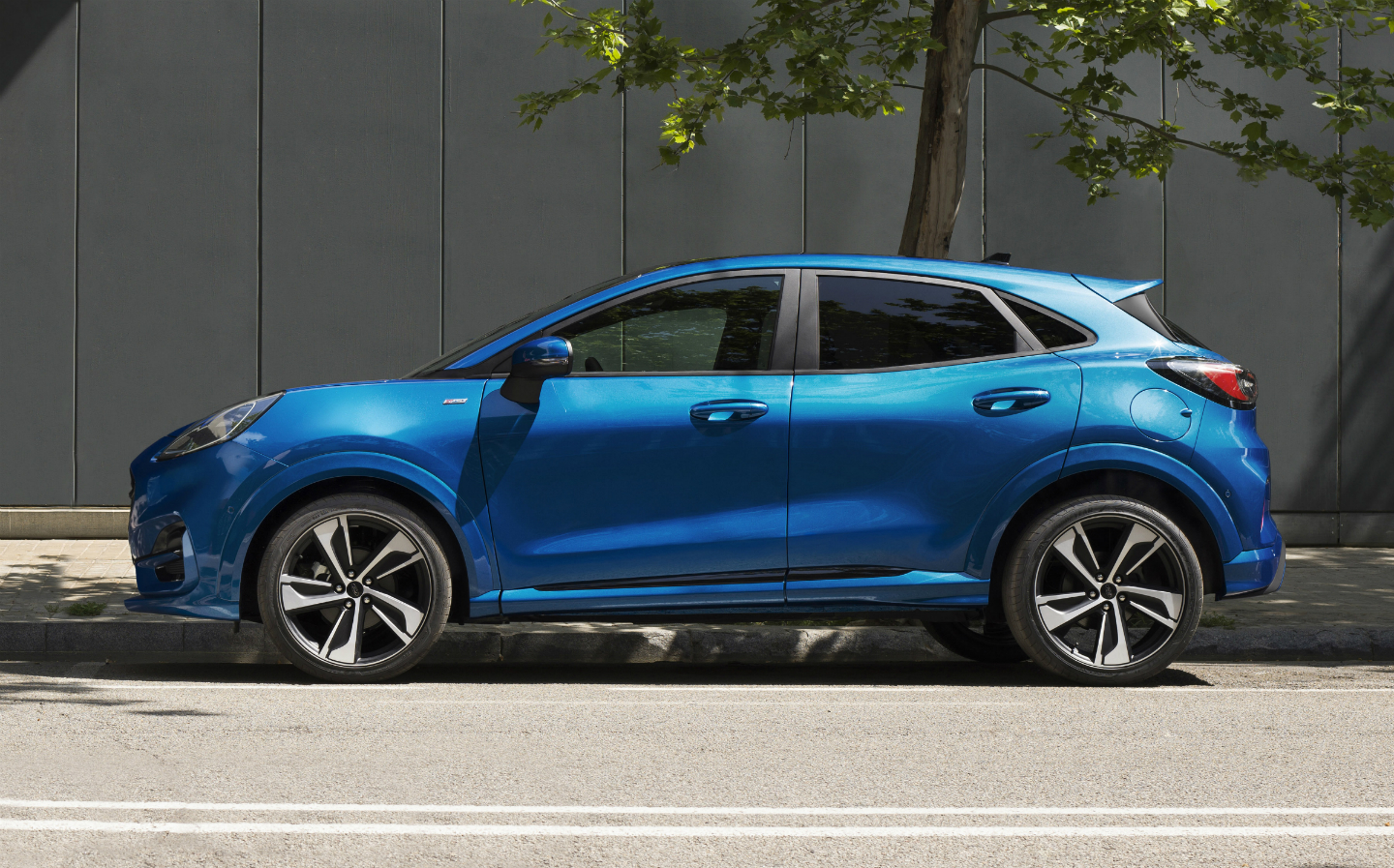 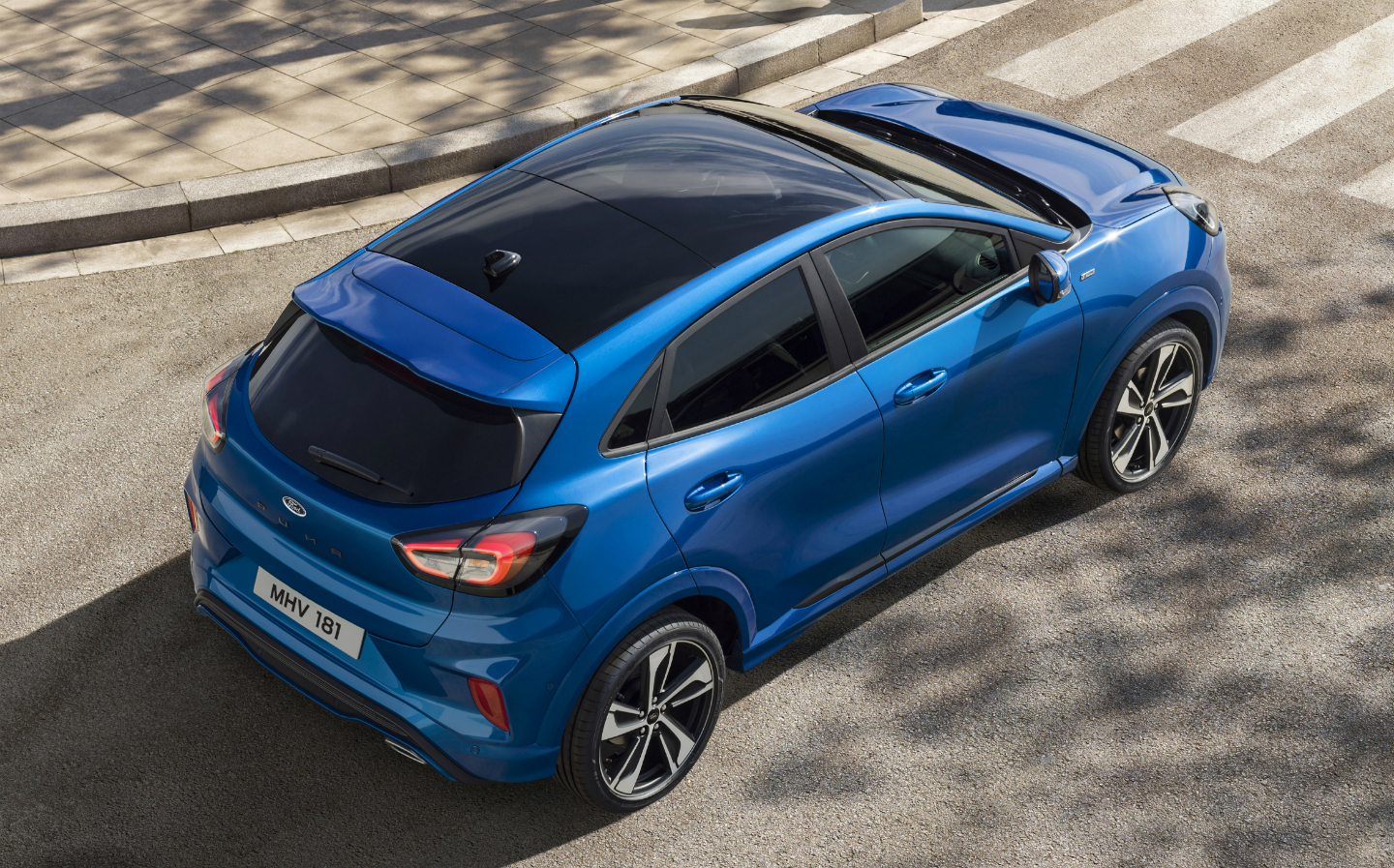 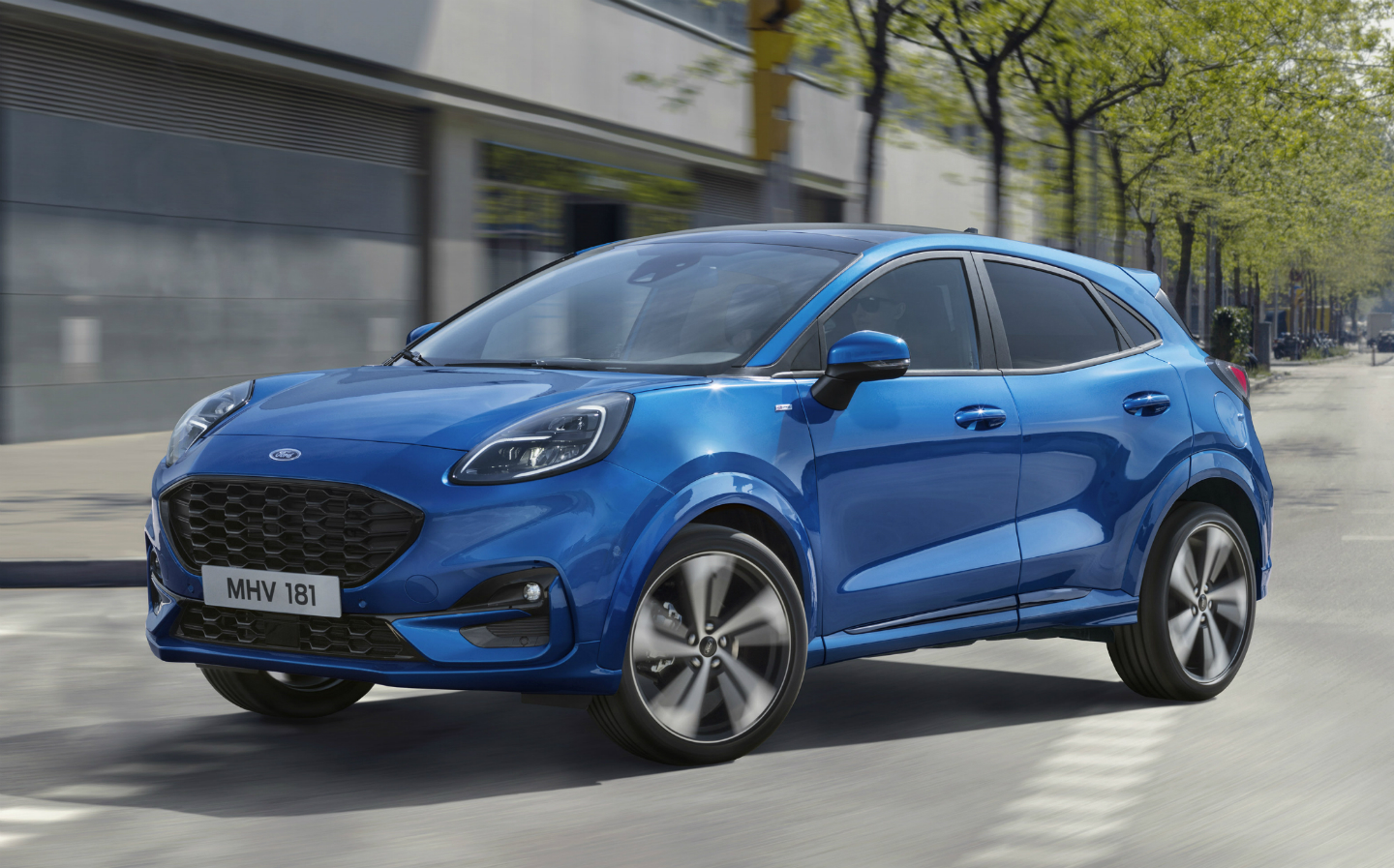 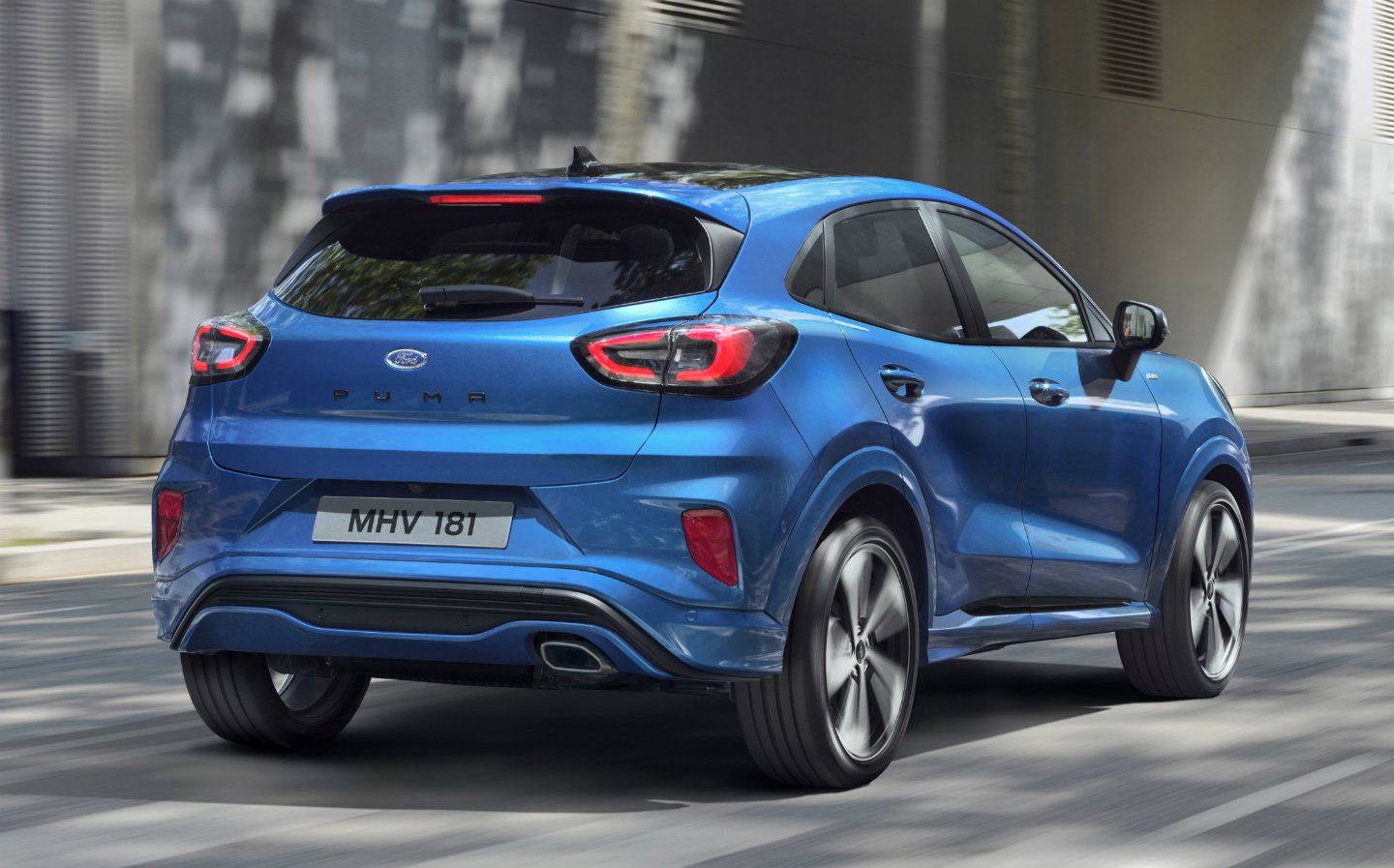 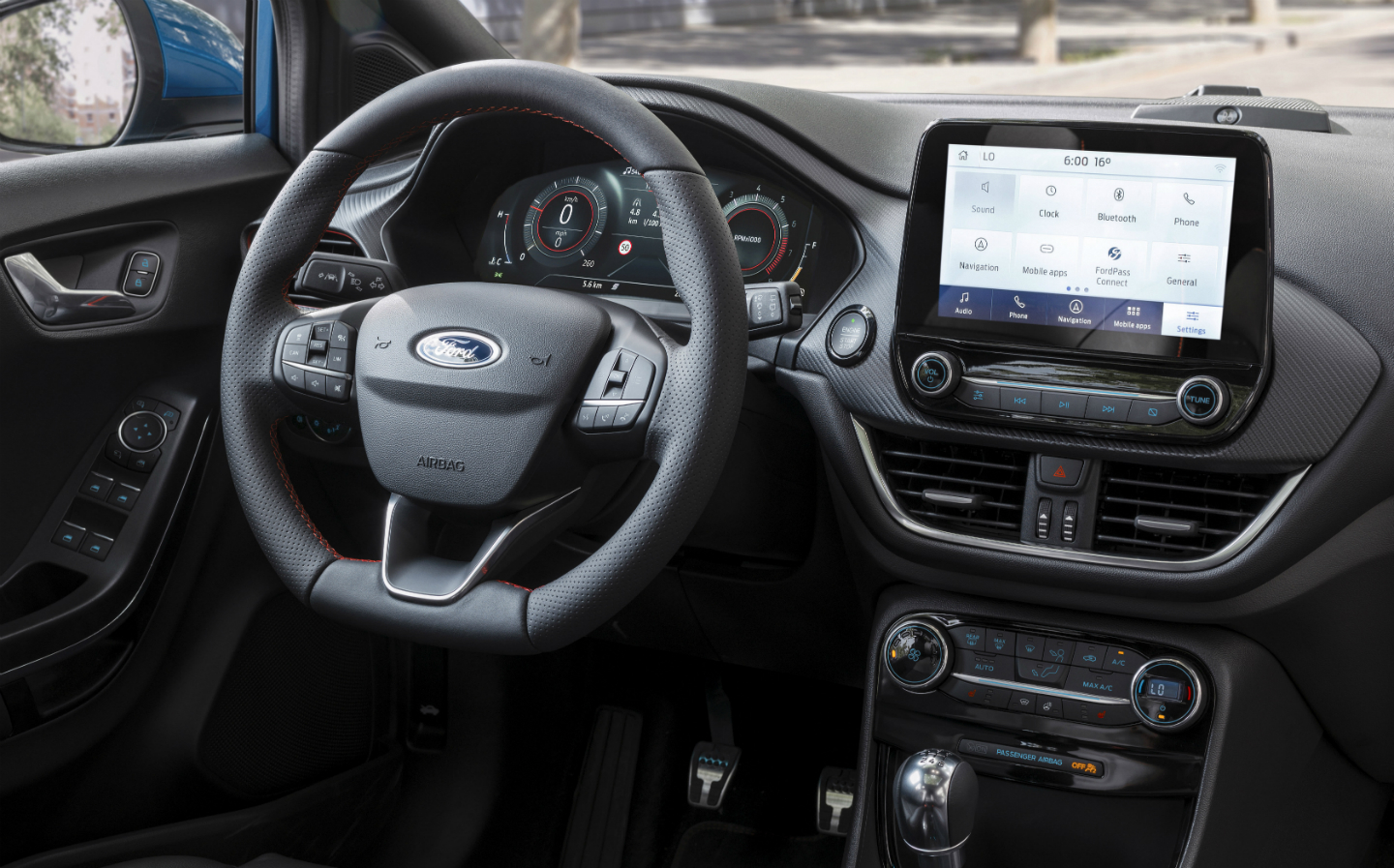 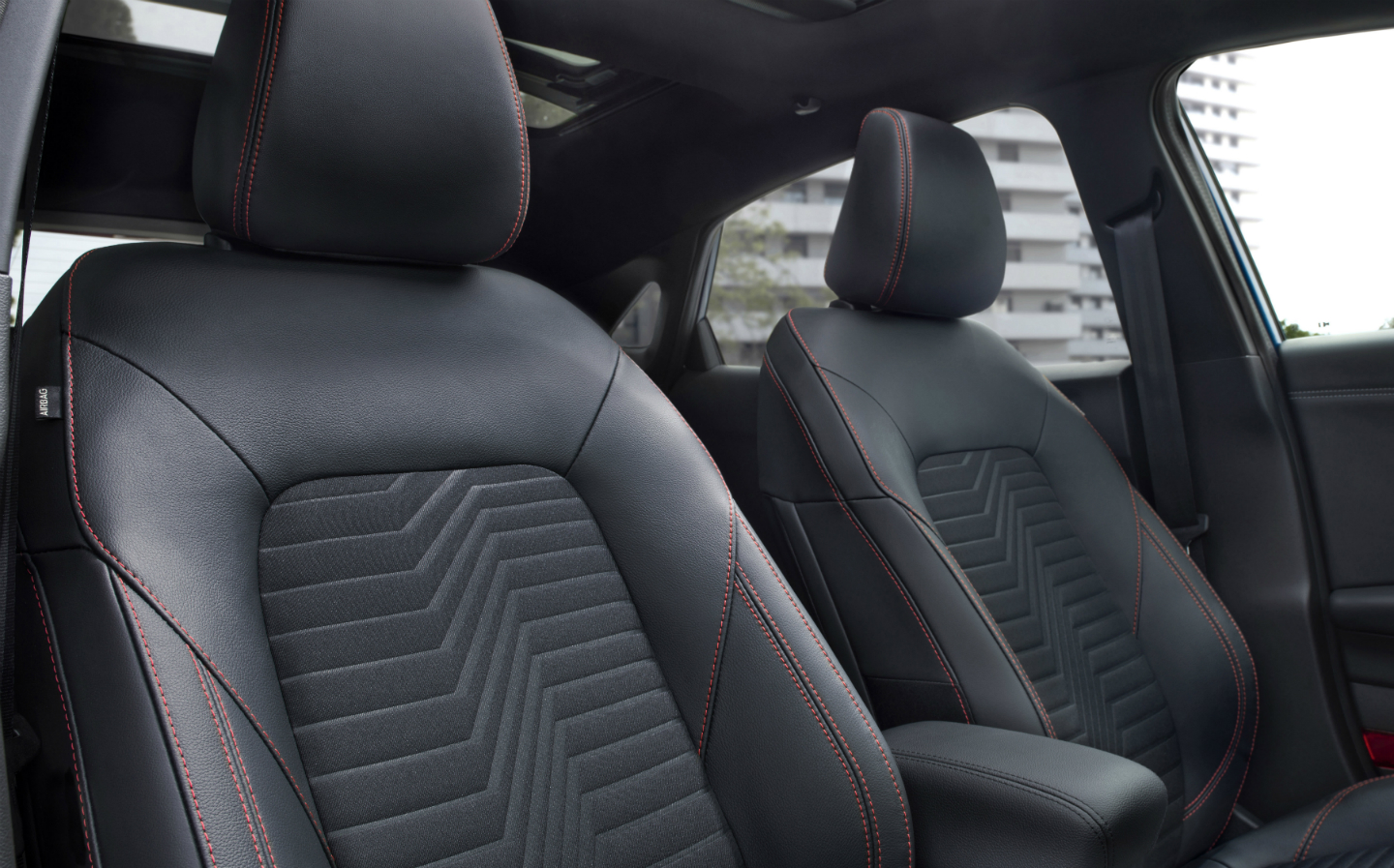 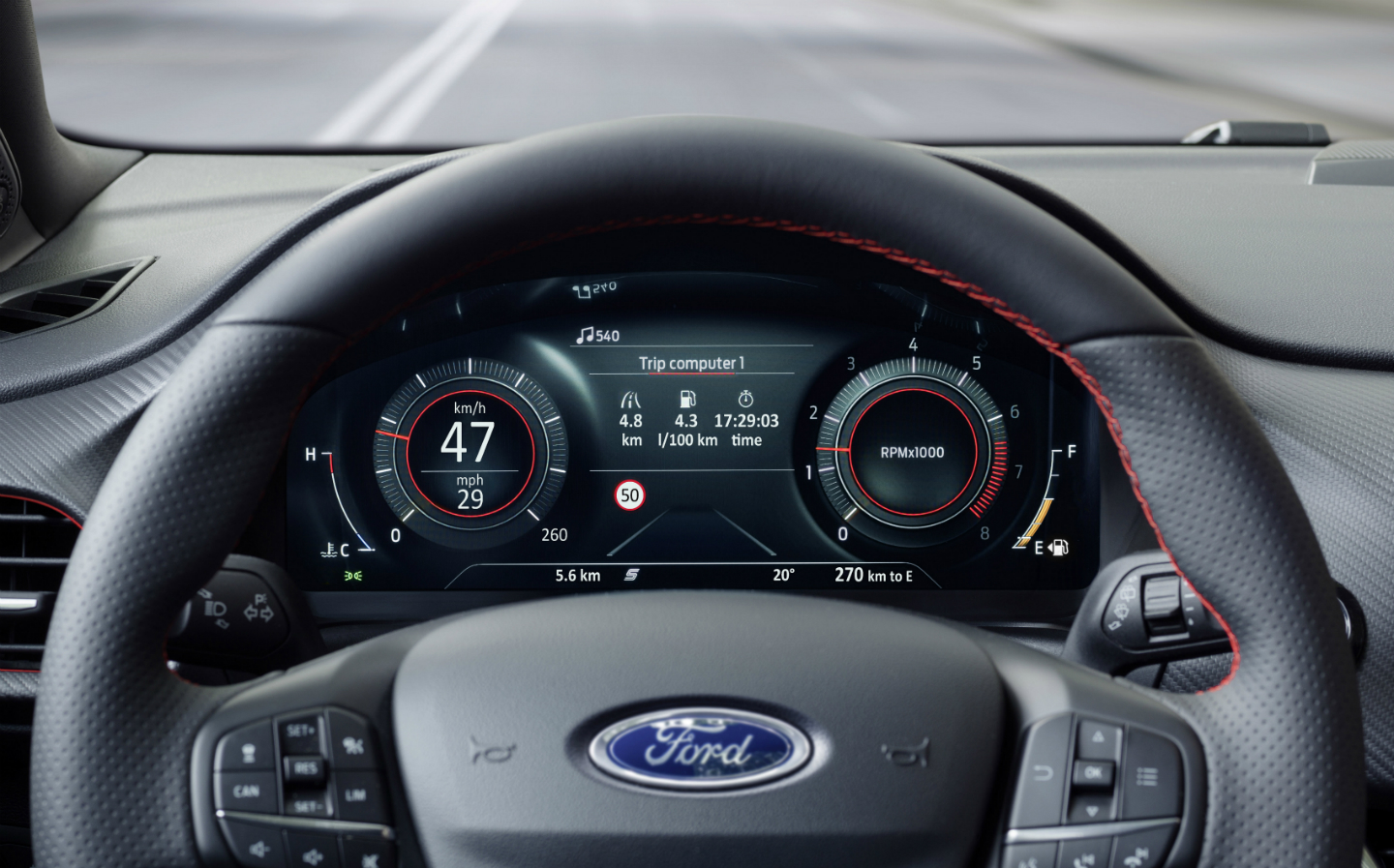 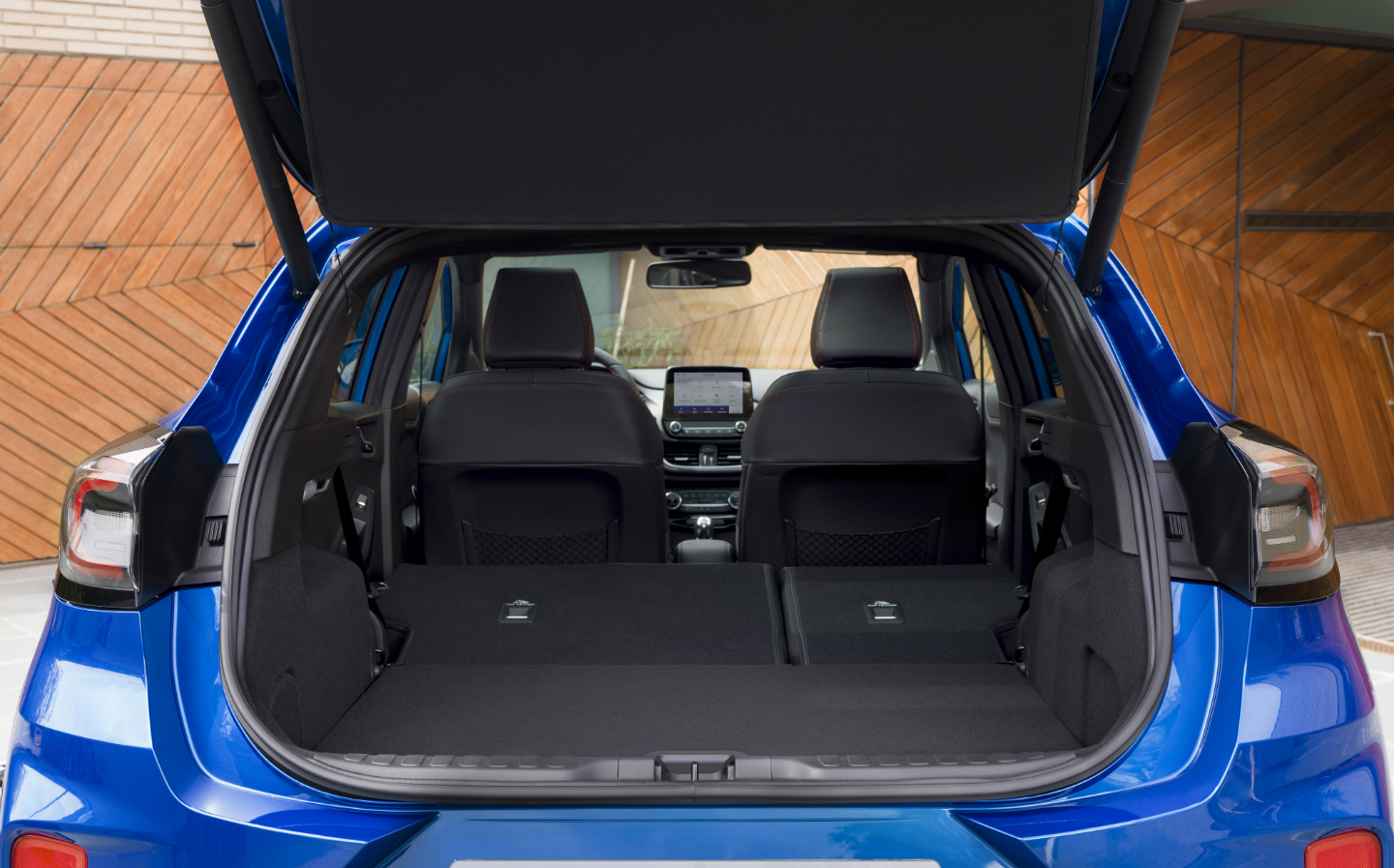 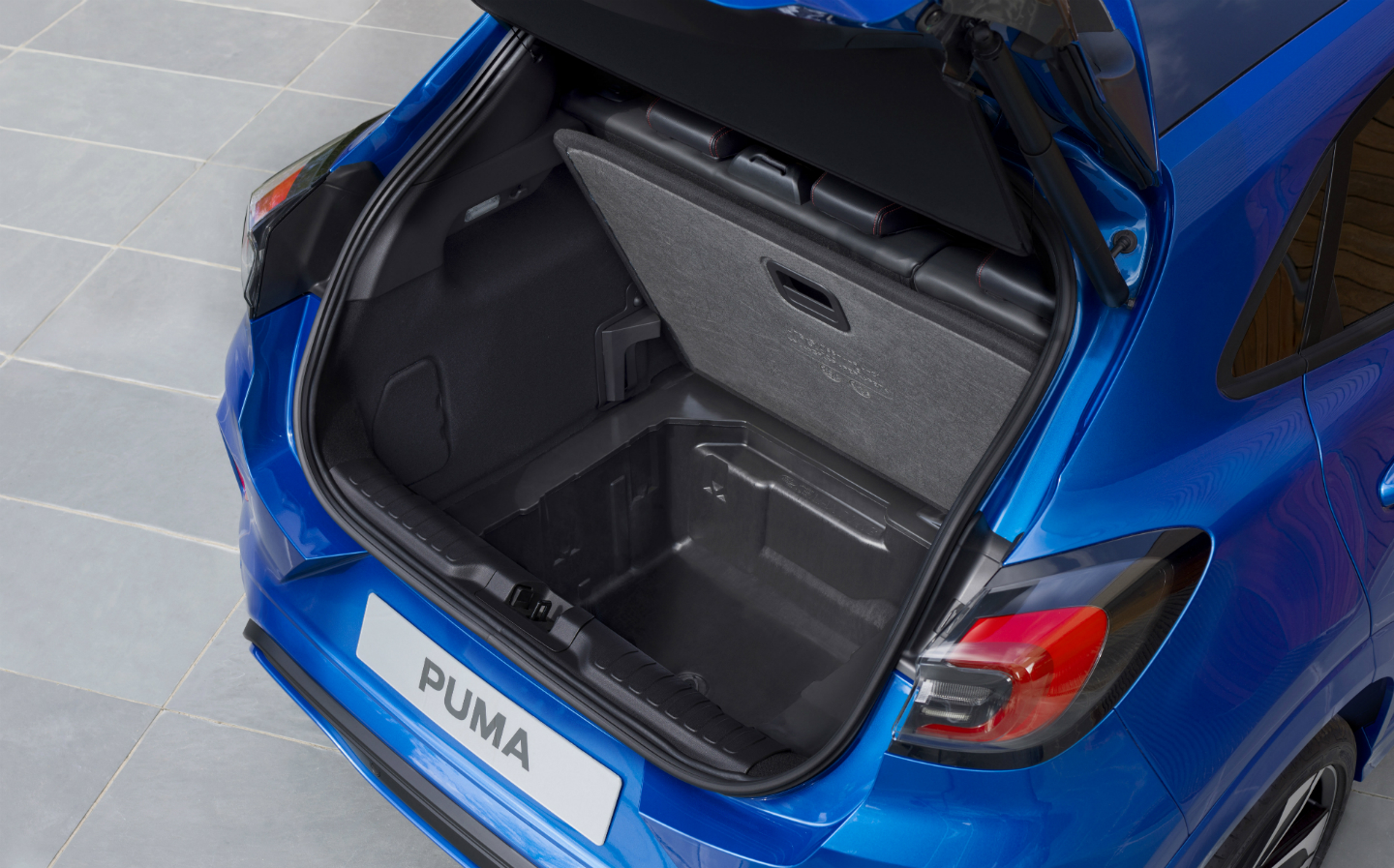 THE FORD Puma name is back, only this time it’s a not a sporty coupé — its a Fiesta-based crossover SUV.

The new Puma is the latest addition to the car maker’s crossover arsenal, slotting into the range between the smaller EcoSport and the mid-sized Kuga.

Small crossovers are now commonplace so Ford says it’s put a lot of work into ensuring the Puma stands out from its rivals (see below): the car maker says the Puma’s boot is the largest in its class thanks to a five-door body that’s 46mm longer, 54mm higher and 71mm wider than the Fiesta’s. It also has a 95mm longer wheelbase

Despite these differences, Ford says the Fiesta underpinnings result the new Puma having class-leading ride and handling.

What engines will the 2020 Ford Puma have?

While a range of engines will be available for the new Puma, only one has been confirmed so far: a 1-litre petrol with a mild-hybrid system, but tuned for either 123bhp or 152bhp. Unlike “full hybrids” such as the Toyota Prius, the Puma’s 48-volt battery pack is too small to allow motoring on electric power alone; it’s designed instead to give the engine a helping hand under acceleration, to improve fuel economy. We tested a similar system in the new Range Rover Evoque.

Ford claims the 123bhp version of the mild-hybrid Puma can return 52mpg under the new, tougher WLTP fuel economy testing cycle but the punchier 152bhp variant could be the one to go for, as it manages 50mpg.

This powertrain will come with a six-speed manual gearbox at launch, but a seven-speed automatic will arrive later in the year, along with a 94bhp petrol-powered Puma and a diesel version.

And because buyers still love a hot hatch, a future version of the Puma is expected to be fitted with the Fiesta ST’s 1.5-litre EcoBoost engine, which can power the supermini from 0-62mph in 6.5sec.

The Puma isn’t one of Ford’s larger offerings but the extra size over the Fiesta does make it more spacious inside. At 456 litres, the Puma’s boot can swallow a fair chunk more than is possible with the Focus hatchback (375 litres).

There’s a caveat with the Puma’s quoted cargo capacity: 80 of those litres come courtesy of a “MegaBox” cubby underneath the boot floor, but remove the partition and Ford claims the extra boot depth means Puma drivers can carry house plants up to 115cm tall in the boot.

What tech will is offered on the 2020 Ford Puma?

Full tech specs will be released closer to the Puma’s launch but Ford has said it will come with an array of “confidence-inspiring technologies” including blind spot monitoring, lane keep assist and a sat nav-based “Wrong Way Alert”.

Gadgets fitted range from a massage setting for the front seats, remote locking using the FordPass mobile app, an 8in touchscreen infotainment system and a 180-degree reversing camera.

Prices won’t be revealed until closer to launch, though we expect the Ford Puma will occupy the half-way ground between the smaller EcoSport and the larger Kuga. Entry-level Ford Pumas will likely start at under £20,000, with the top-trim models potentially setting buyers back around £25,000.

Ford says the new Puma will go on sale in the UK before the end of the year. The first deliveries are likely to begin before spring 2020.

The compact SUV sector is now one of the most hotly contested in the car industry, so the Puma will have its work cut out when it arrives in the UK. Rivals for the new crossover include the Seat Arona, the Volkswagen T-Cross and Citroën C3 Aircross, and the Ford Puma will also soon go up against brand new versions of the Nissan Juke, Vauxhall Mokka X and Peugeot 2008.