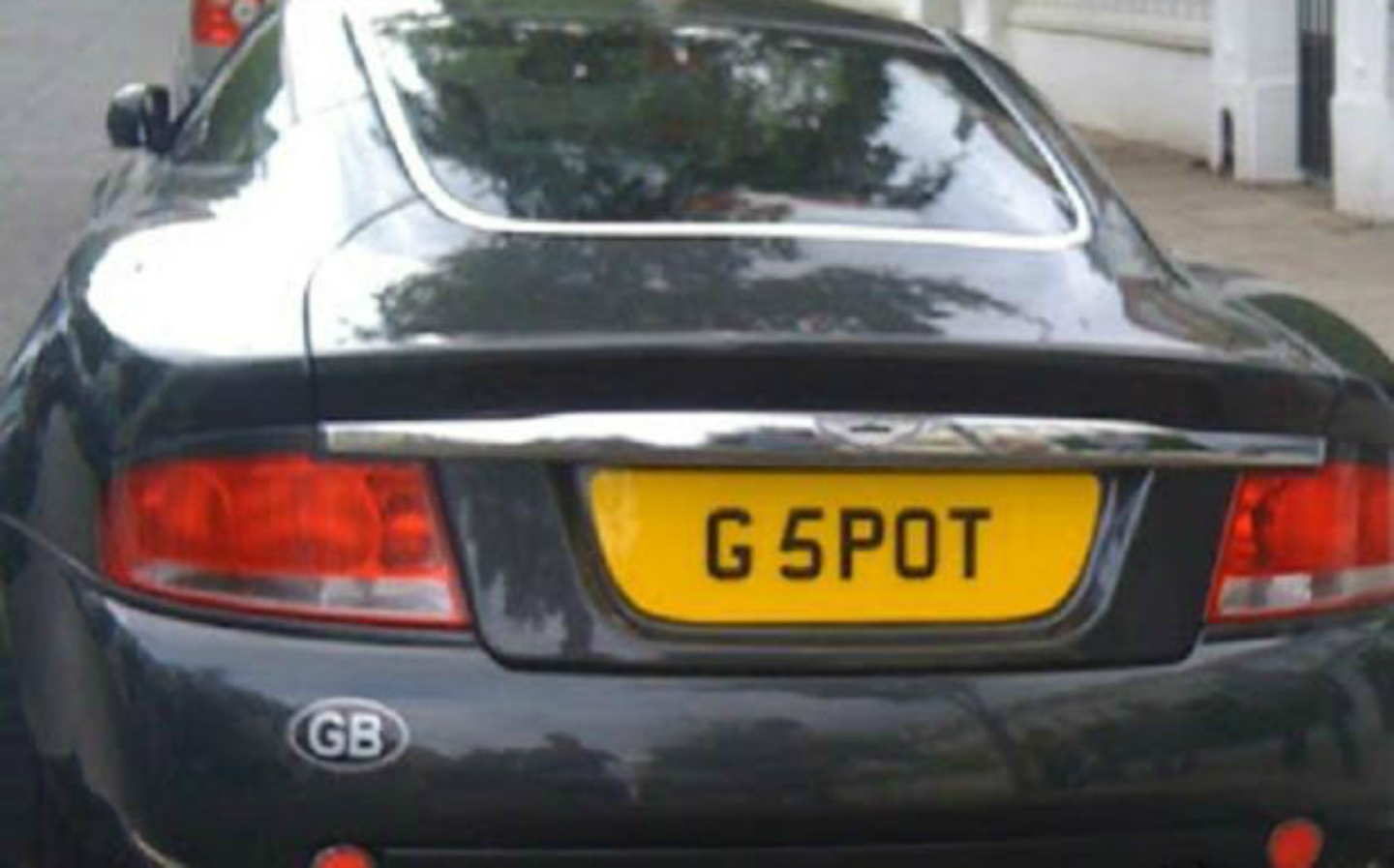 TWICE a year, behind closed doors, a secretive meeting is held at the Driver and Vehicle Licensing Agency (DVLA) with the intention of banning risqué and downright rude number plates.

Each February and August, the executives sift through thousands of contentious registrations and block any in poor taste before they can be assigned to a new car.

However, occasionally some slip through the net.

In March, it was revealed that one number plate issued in 2016 had finally been banned. DVLA bosses spotted that ‘CU11 NNT’ was for sale for £6,000, through a private registration dealer. They promptly issued the order for it to be withdrawn from circulation, ending its days on the road.

Other number plates, however, appear to have escaped the clutches of the DVLA. Little surprise; demand is at an all-time high. Record numbers of motorists are driving cars fitted with personalised ‘plates amid a surge in “auto vanity”: the DVLA sold 374,968 private registrations last year, up 12% in 12 months and almost five times the total in the mid-90s.

Here are ten of the most outrageous spotted on vehicles on Britain’s roads.

1 A fan of writing implements? 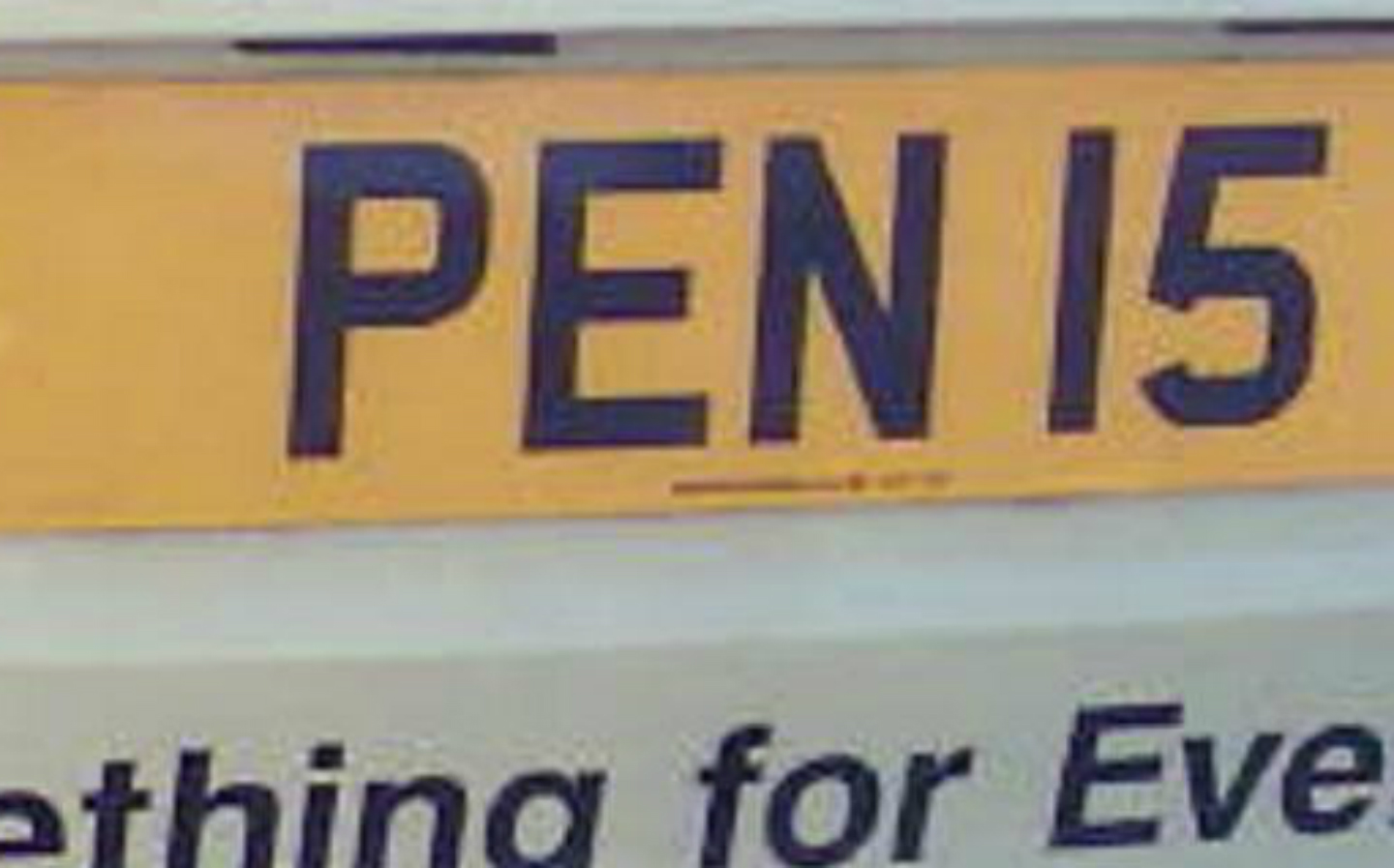 This number plate has been owned by Steve Parrish, the former Grand Prix motorcycle racer who is known for his wicked sense of humour. 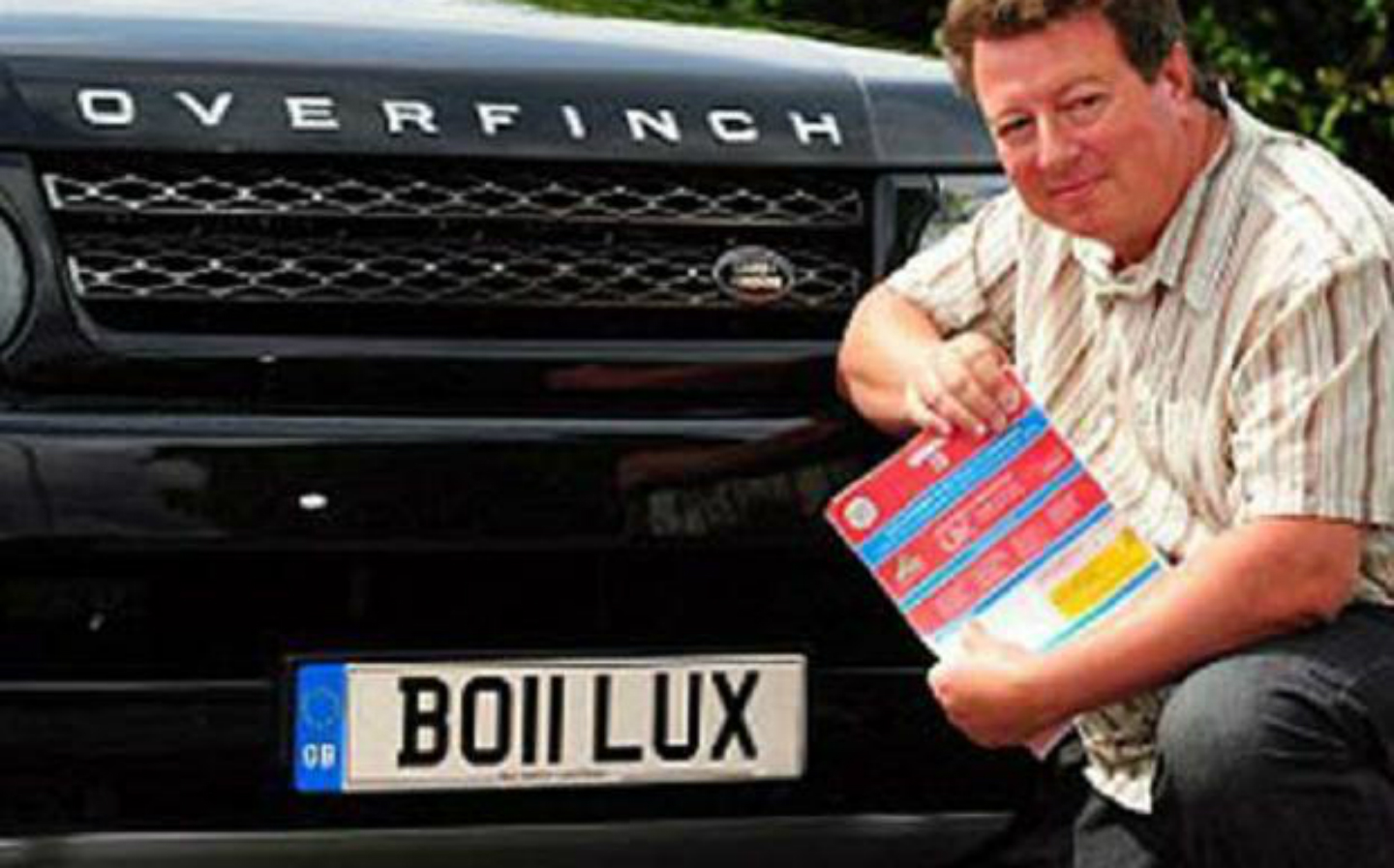 Alan Clarke, a telecoms entrepreneur from Chesterfield, bought and registered this plate but then was told by the DVLA that there had been a mistake and it had to be withdrawn. You can imagine what he said… 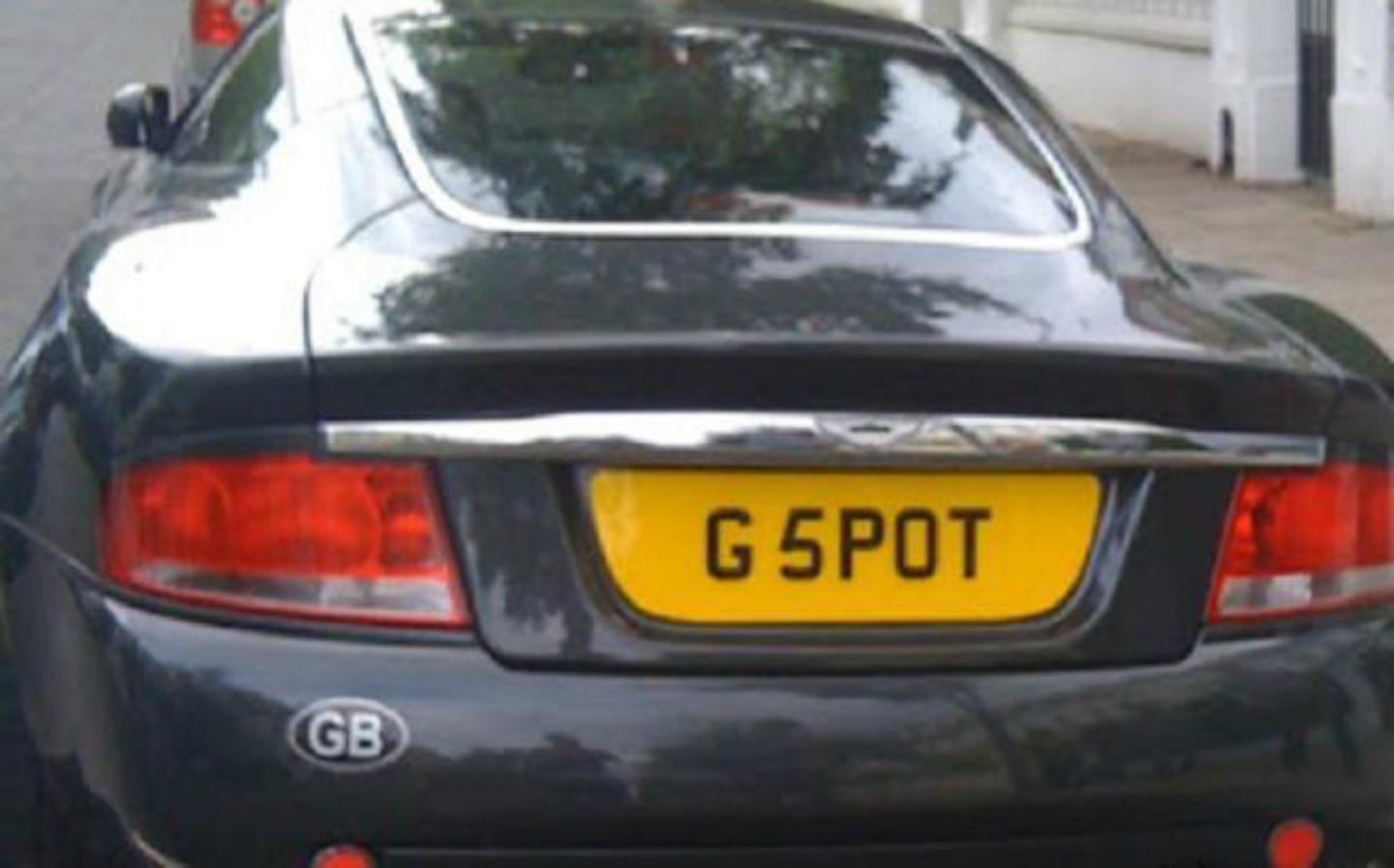 Every Aston Martin Vanquish driver has one — a personalised number plate, that is.

4 The driver is surely a catch for any single parent 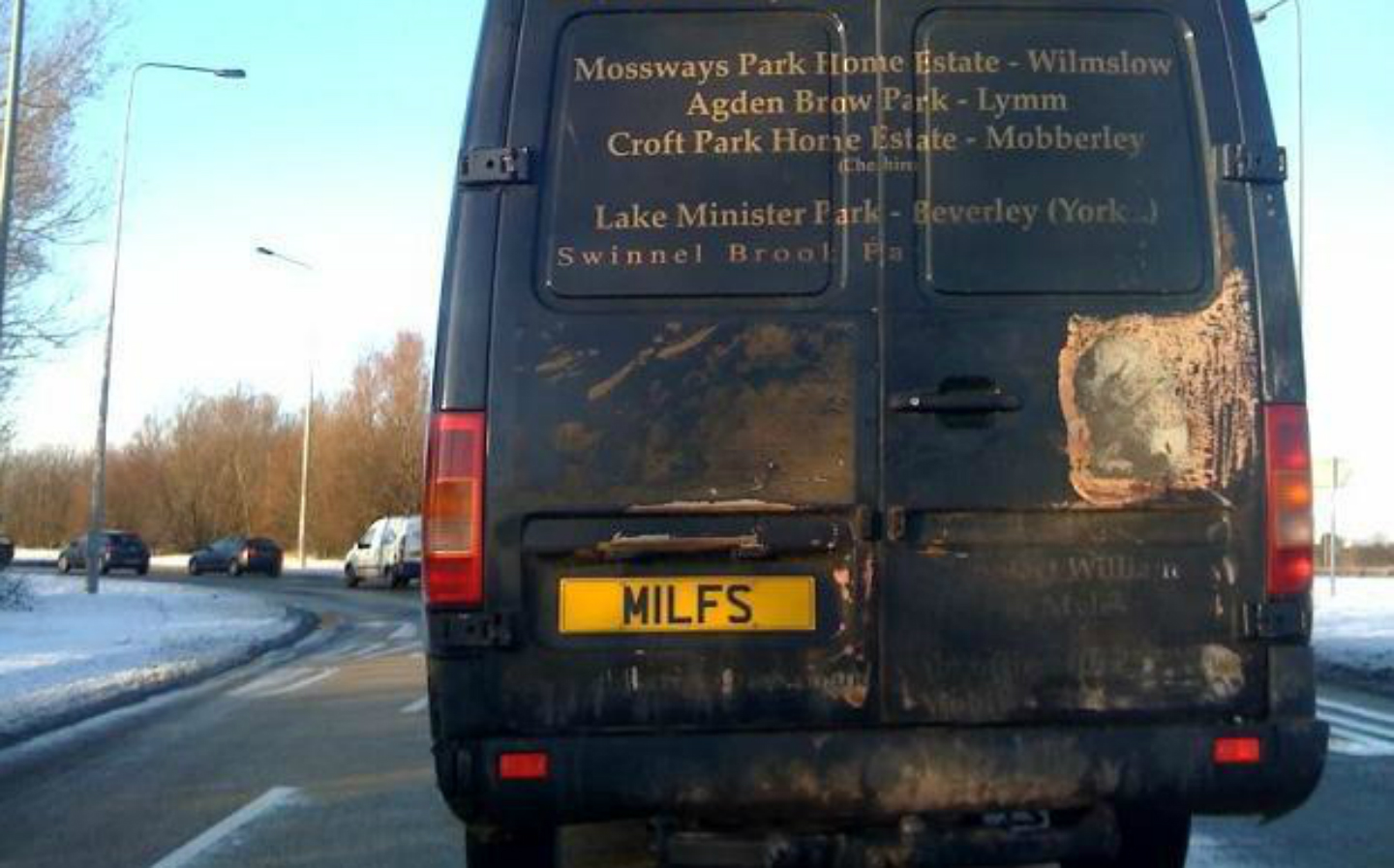 Whoever owns this vehicle has a mind that’s as dirty as their van.

5 The very definition of ‘projection’ 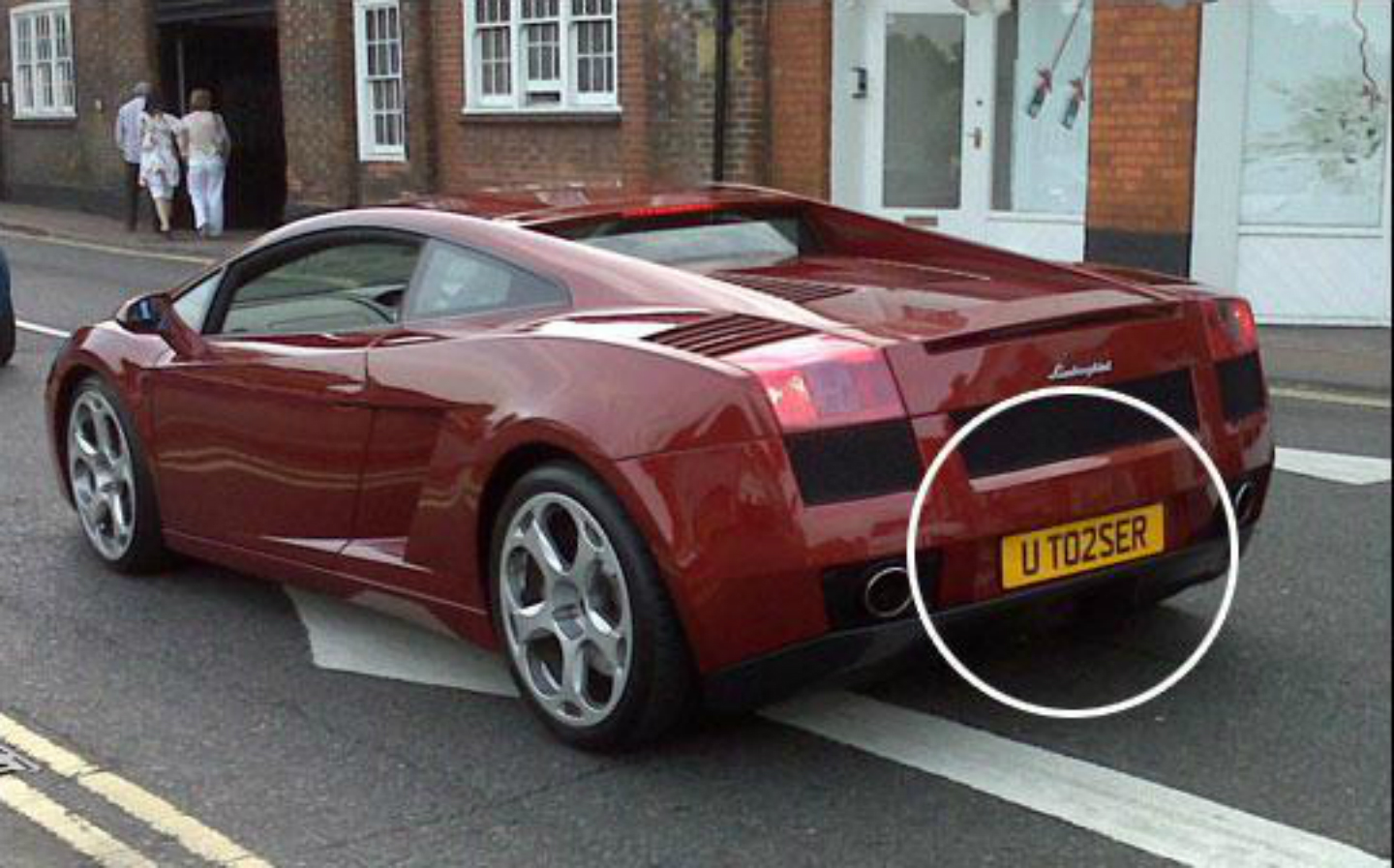 If this driver scraped your car with their Lamborghini Gallardo, you probably wouldn’t have too much trouble remembering their number plate.

6 This driver caused a stink 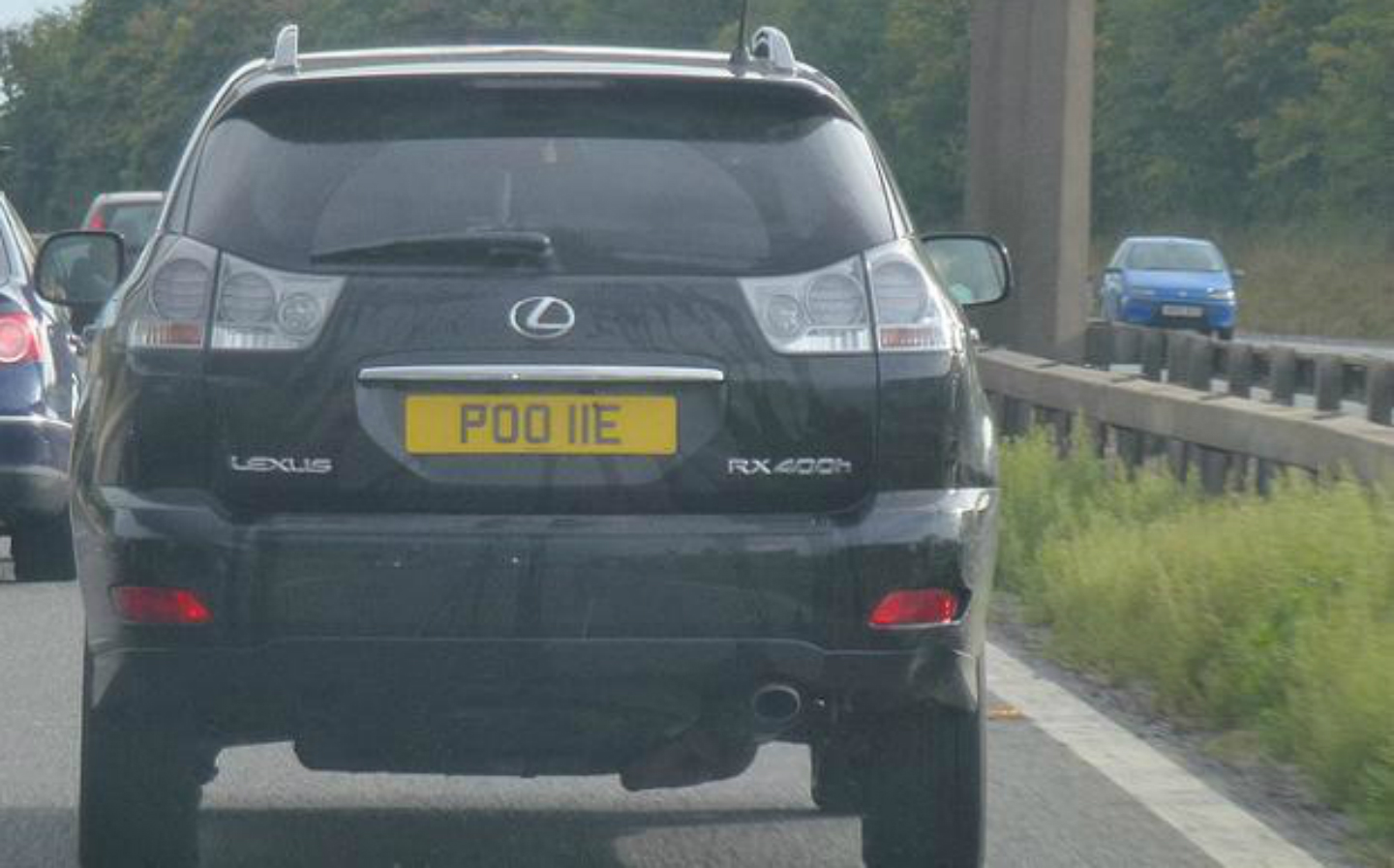 It may be an eco-friendly hybrid, but this Lexus RX 400h definitely has the whiff of something unpleasant about it. 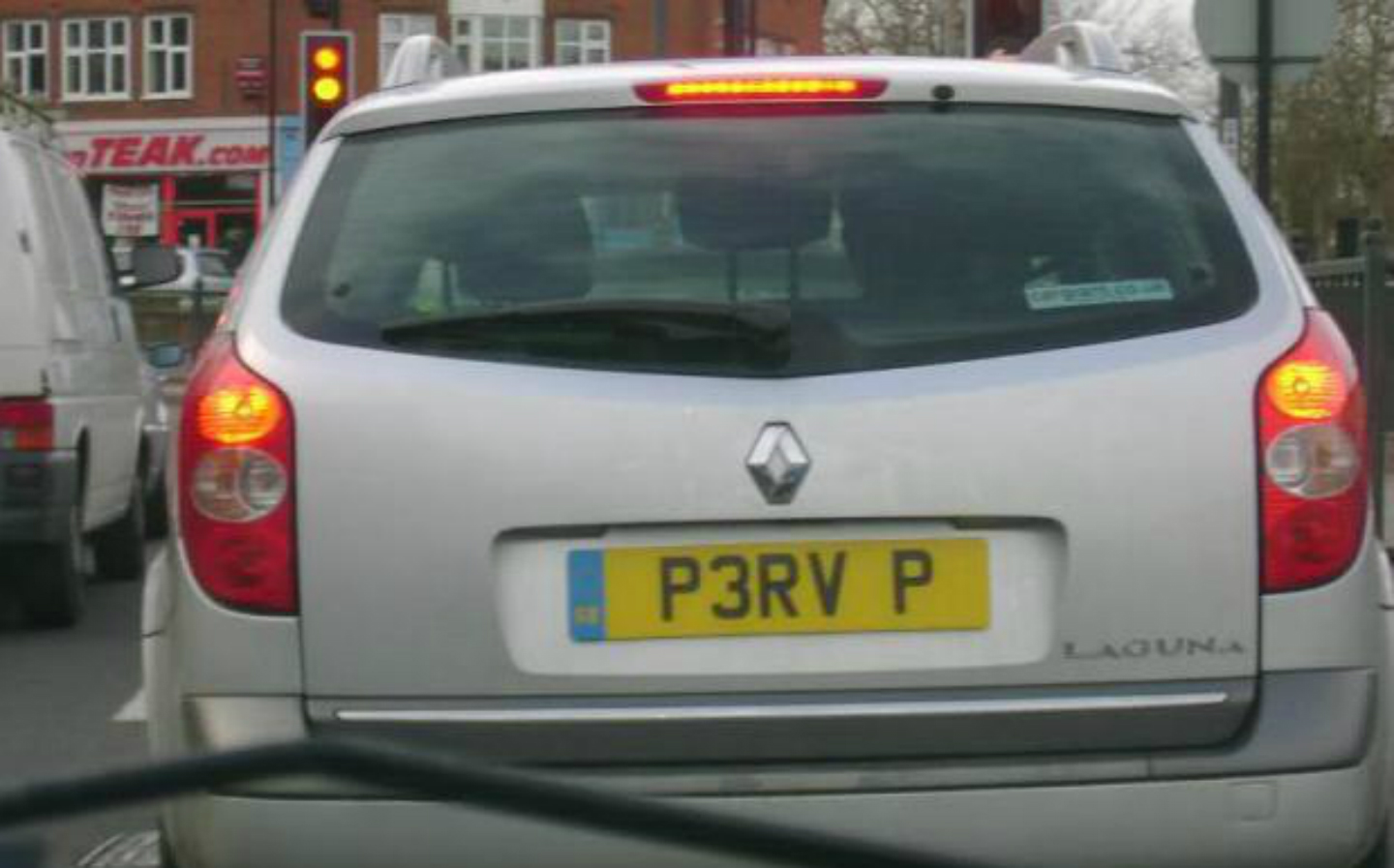 Here’s hoping this private registration stands for someone’s initials and not their personality.

8 An owner with balls. Or one, at least 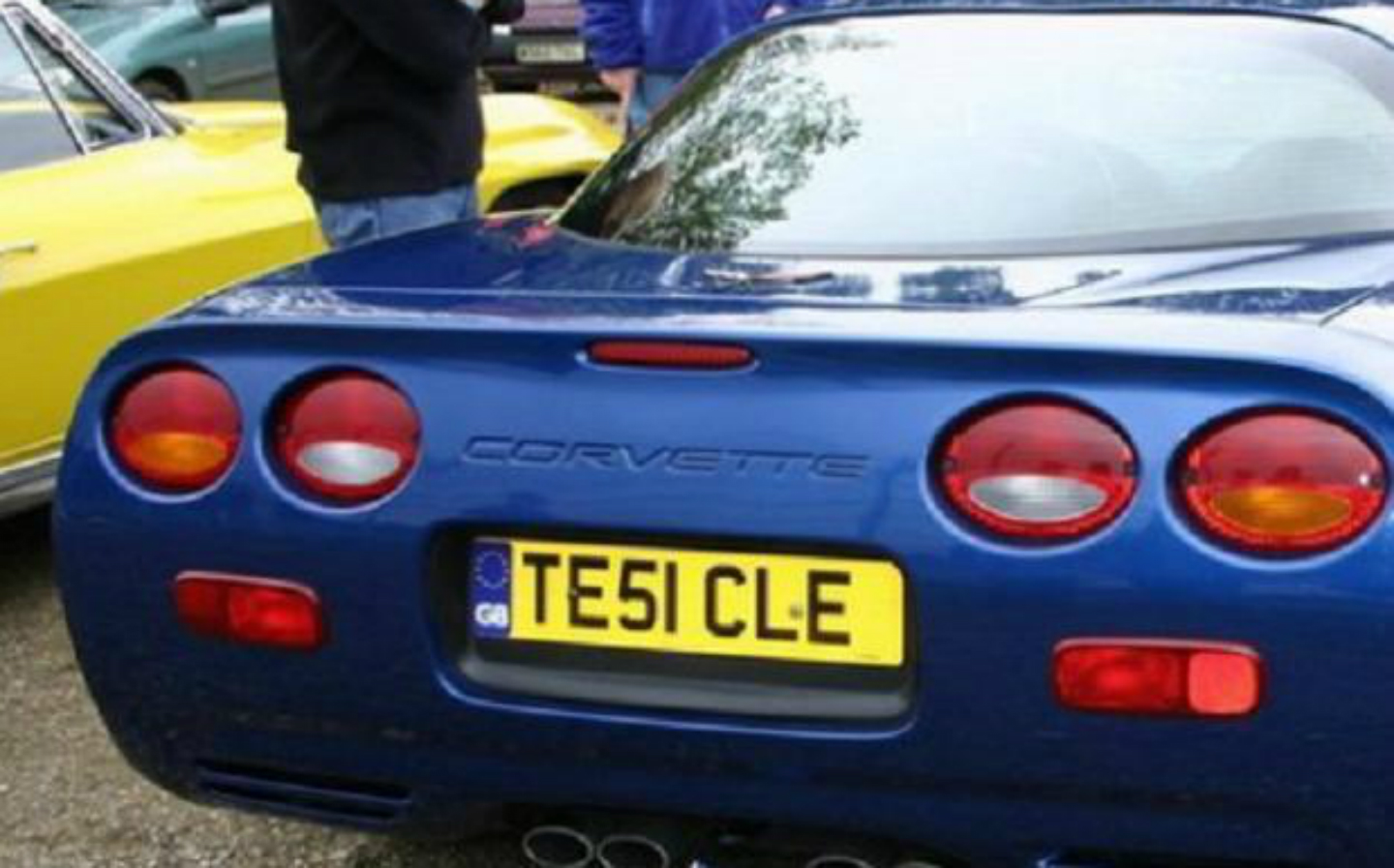 It’s a delicate matter as to whether this pair of plates should be allowed on the Chevrolet Corvette. 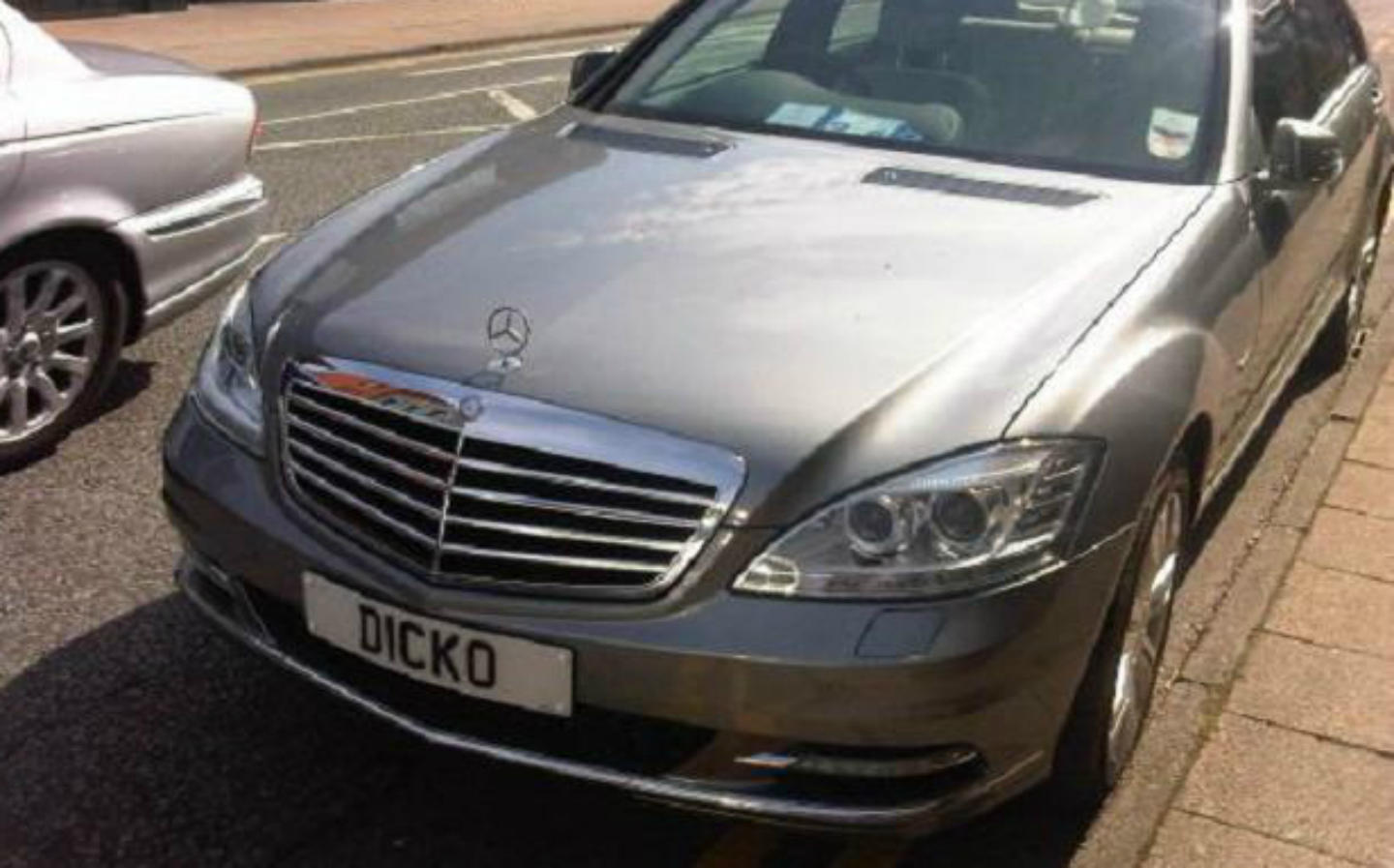 Another upstanding example of how schoolboy humour seems to get the better of some owners of private number plates. 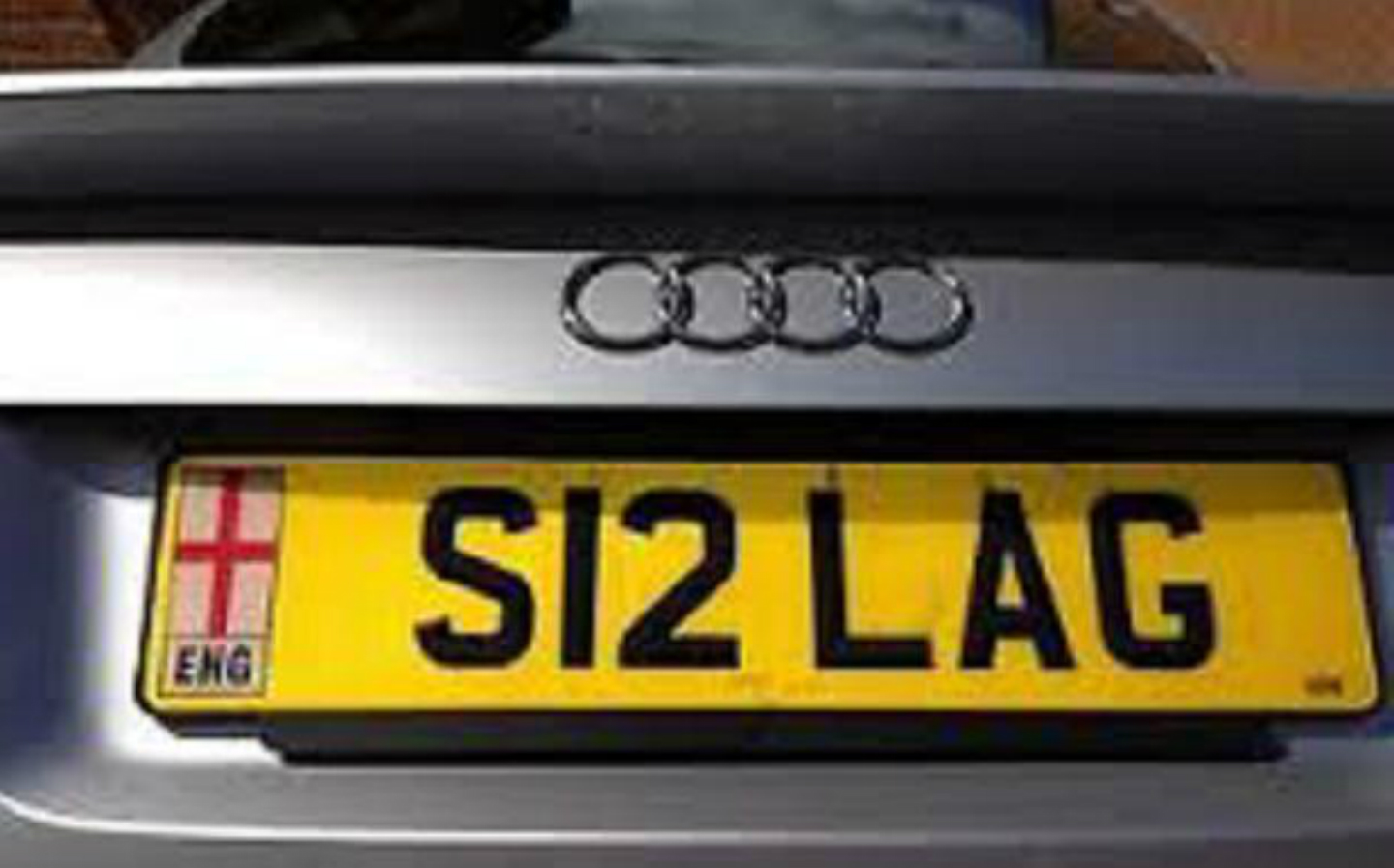 Would you want to be seen driving or even riding in a friend’s car if this was its registration?