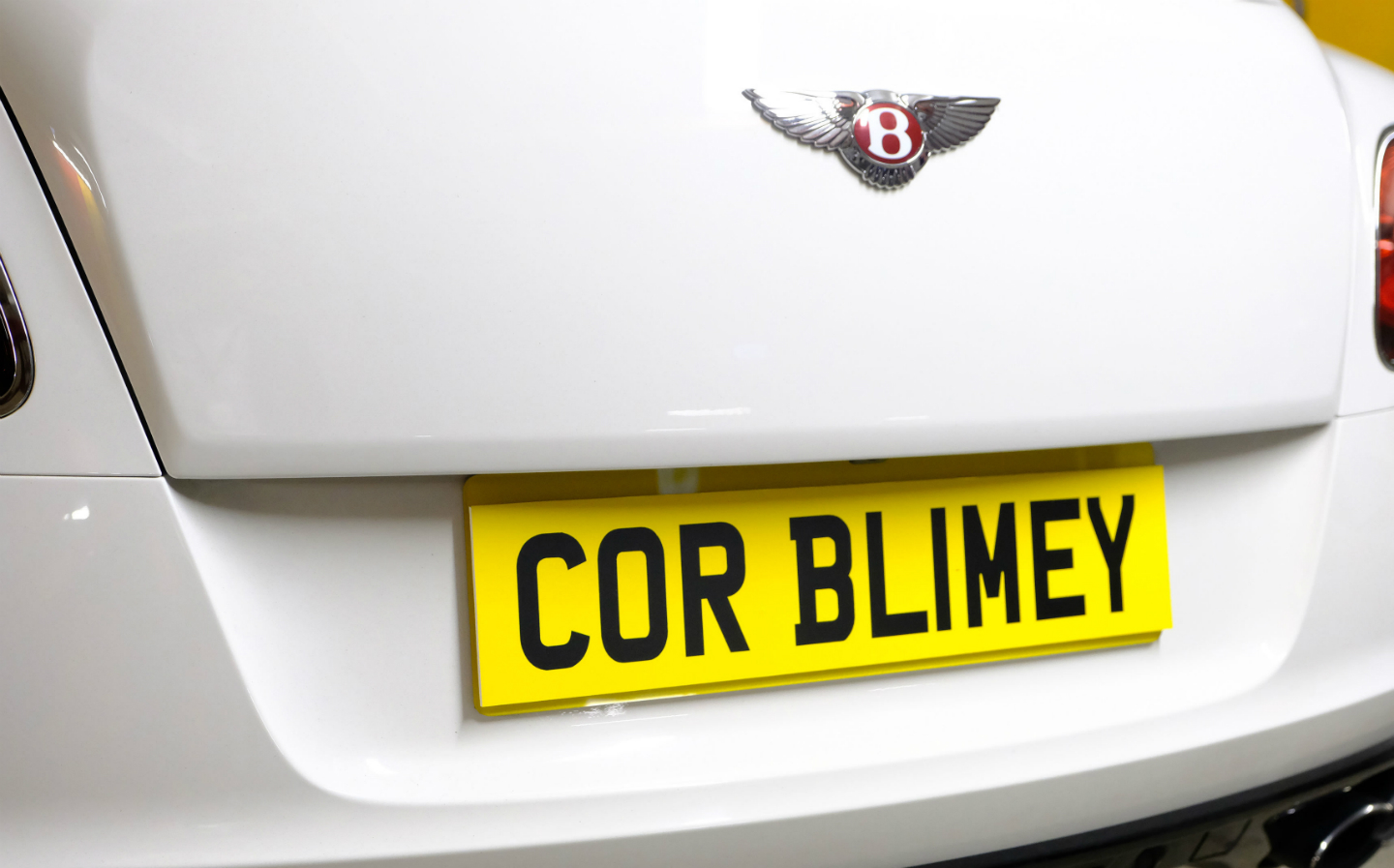 RECORD NUMBERS of motorists are driving cars fitted with personalised numberplates amid a surge in “auto vanity”.

The Driver and Vehicle Licensing Agency sold a record 374,968 registrations last year, up 12 per cent in 12 months and almost five times the total in the mid-90s.

The trade in numberplates made more than £110 million for the Treasury in 2016-17 alone, a record annual total.

The rise coincides with an increase in the number of registrations made available by the DVLA, combined with a sharp rise in the value of rare plates over the past two decades.

The record in Britain is £518,480 for the “25 O” plate purchased by John Collins, a classic car dealer in November 2014. It is believed to have been bought for his classic Ferrari 250 GTO.

Motoring groups said that the rise in personalised registrations reflected a desire for car owners to stand out. Many people buy numberplates, which can be purchased from £250 online or at DVLA auctions, as birthday presents. It was also suggested that it reflected a “vanity” among many motorists to hide the age of their car.

Edmund King, president of the AA, who bought a £250 plate for his car, said: “People seem to be holding on to cars for longer and by having a personalised plate the car doesn’t age as much as it may otherwise. There is a bit of an auto-vanity about trying to hide the age of your car.”

The DVLA started selling personalised registrations in 1989, and more than five million have changed hands over the past 29 years, generating almost £2.5 billion for the Treasury.

Plates largely come from registration numbers that were never previously sold or placed on vehicles when they were originally issued. The agency currently has more than 51 million in stock.