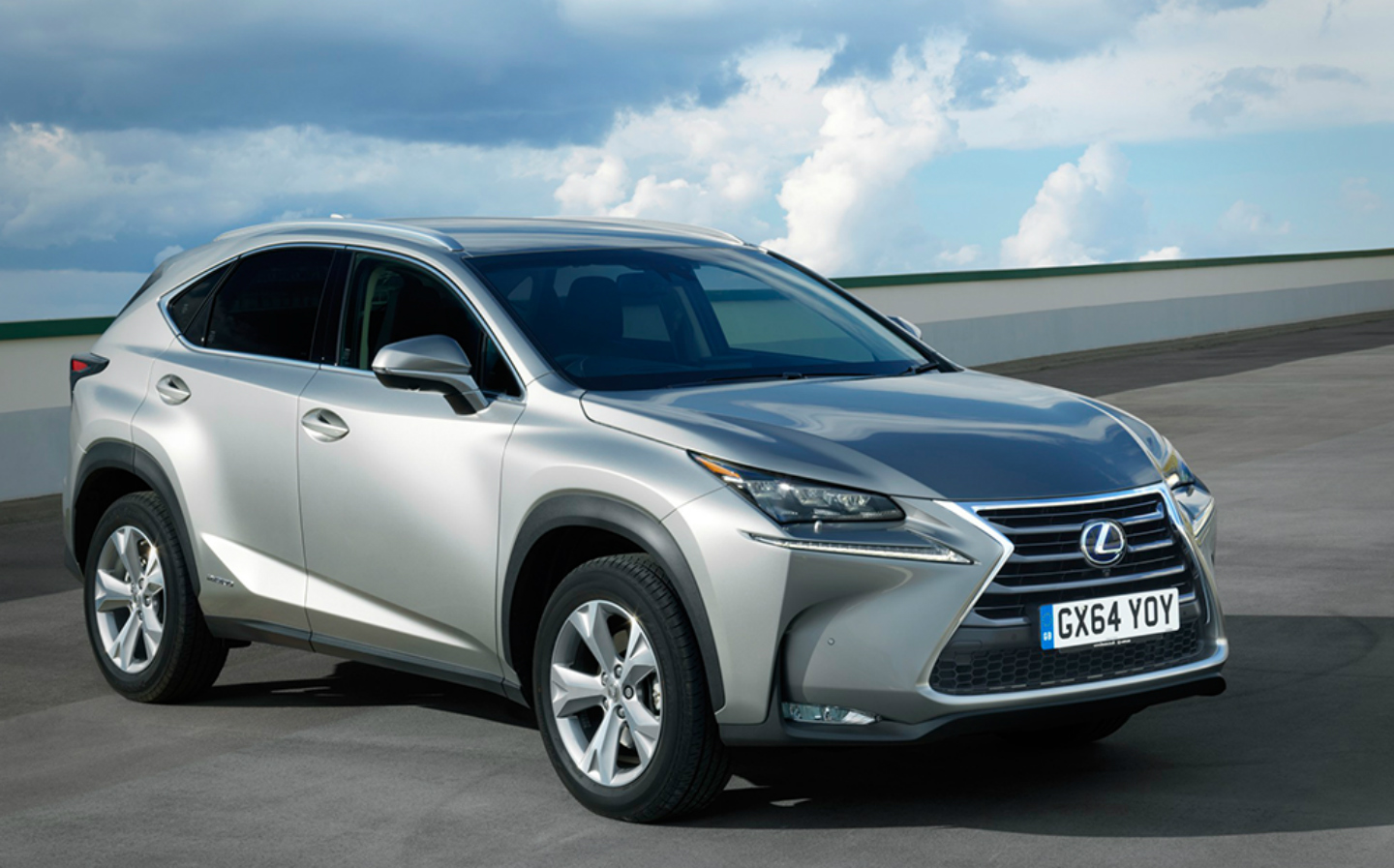 WHEN A new Mercedes comes along, you know before you’ve even opened the door what it will be like. All Mercs feel broadly similar until the company changes direction, which happens about once every 4,000 years, and then, ever so slowly, they all start to feel slightly different.

It’s the same story with BMW. Its cars were all fast and light for a long time, and then they all became heavy and a bit terrible, and now they’re all as good as cars can be (except the X3, obviously).

With Lexus you never know what you’re going to get. It’s not swings and roundabouts; it’s rollercoasters and big buckets full of steaming excrement. Some Lexuses are so brilliant that you have to bite the back of your hand to stop yourself crying out. Others are so bad that you consider driving at full speed into a tree to end the misery. And then you have those that are beautifully made but a bit forgettable. I can’t recall their names at the moment.

Only recently I tried the new RC F, which is a four-seat, two-door sports coupé priced and powered to compete with the BMW M4. And despite what my colleague said last week, it misses the target by about 217 miles, partly because it weighs more than the Atlantic Ocean and partly because you drive around everywhere in a wail of dreary understeer.

So what of the car you see on these pages this morning — the new NX? Hmm. There are lots of letters that work well in a car’s name. T, for example, or S or R — R’s very popular right now. R says a lot about a man. It says nearly as much as Z. But N? No. N doesn’t work. It’s like U.

To make matters worse, it’s one of those crossover SUV thingies, which are popular because they are perceived to be more robust and safer than ordinary hatchbacks. They’re not. But they are more expensive, more wasteful and needlessly enormous.

What’s more, if you peel away the premium-brand badging, the NX is essentially a Toyota RAV4. So you can think of it as a sweatshop jumper with a Ralph Lauren horse on the front.

Oh, and here’s the clincher. It’s a hybrid. It says so on the side, so that cyclists will not be tempted to bang on your roof as they pedal by. Yes, you’re driving a large car, but it’s kind to the environment so that’s OK. No, it isn’t. It’s unkind and daft. A hybrid may produce fewer carbon dioxides from its tailpipe than a normal car, but the cost to the planet of making the damn things with all those motors and batteries is immense. Anyone who buys a hybrid for ecological reasons is telling the world that they are an idiot.

So, a crossover hybrid with an N in its name and low-rent underpinnings from a company that’s capable of turning out a howler from time to time. This is not looking good. But here’s the thing: it does. At first you think it’s all too complicated and fussy, but it’s actually very well proportioned and full of genuinely lovely touches. It’s one of those cars that compel you to turn round for another look after you’ve locked them up for the night.

And it’s even better on the inside. The driving position is good, the dials look as if they were designed by the International Watch Company, the quality of the materials is way better than you have a right to expect for this price and there are many toys to play with. And just when you think you’ve played with them all, you find another bank of switches and off you go again. I especially liked the touchpad that steers the arrow around the sat nav screen.

And I amused myself for hours with the head-up display system, moving it up the windscreen to its highest point and then wondering what shape a driver would have to be to want it there. Another game was pushing buttons and guessing what you’d done. Half the time nothing seemed to happen.

This is because, behind the scenes, the Lexus is phenomenally complicated. There’s a normal four-cylinder 2.5-litre petrol engine that produces 153bhp, but then there are other motors too, doing all sorts of trickery. There’s even one in the back to power the rear wheels when you are in a field.

And they are all linked together by sorcery. It feels, when you put your foot down, as if it’s fitted with one of those awful cones-and-belt continuously variable gearboxes — technology that fills me with such rage that my hair starts to move about and my teeth begin to itch. But further investigation reveals that although the transmission system is called eCVT, it’s different from traditional versions: all the units send their power into what in essence is a differential, and this sends the motive force to the wheels. 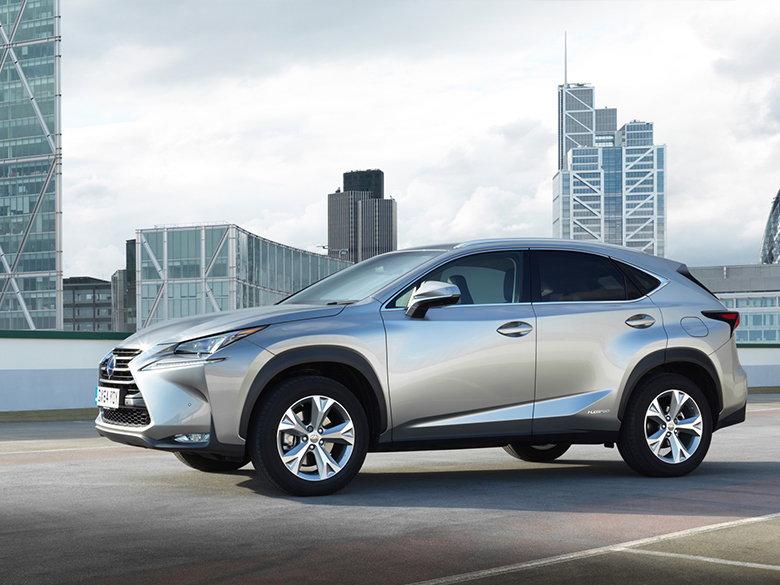 So you start the engine and nothing happens. You set off in electric silence, and then when you want to go faster you push the accelerator and the petrol engine zooms up to a certain point in the rev band and stays there until you decide you’ve had enough. I don’t like it at all and I cannot believe it’s the most economical solution. But the NX 300h is not aimed at me. It’s aimed at, um, people who don’t really care what the rev counter’s doing.

This is not a fast car. It’s not even on nodding terms with the concept of speed. Time and again I found myself driving along with a huge queue of cars in my wake, wondering why everyone was being so aggressive and sporty all of a sudden. But they weren’t. It was me. I’ve never driven so slowly in all my life. I actually had to speed up for the cameras.

Which is fine because in this day and age lots of people just want to get home at night. And it’s good at that. Very good. It is extremely comfortable and remarkably quiet. There’s even an EV mode button that puts it in a pure electric motor setting, which would make it quieter still, but every time I pushed it I was told the system was temporarily unavailable. I therefore went back to playing with the head-up display.

This is not a fast car…I’ve never driven so slowly in all my life. I actually had to speed up for the cameras

It’s strange. The Lexus is sold as a hybrid, and it has two different power sources, so technically it is. But it can’t really run on batteries alone. So if you are looking for a car to save the polar bear you’d be better off with a McLaren P1 or a Porsche 918 Spyder.

However, if you are normal, the Lexus is pretty good. It worked in a field, the boot is huge, the back is spacious and the air of good quality is all-pervading. The handling also is good for a car this tall and heavy — it’s really heavy — but despite its bulk you can do hundreds of miles on a single tank of fuel. I enjoyed my time with it and would recommend it to anyone who for some reason doesn’t want a Range Rover Evoque.

I can’t for the life of me work out what that reason might be, but if you have one, then the NX, despite all the evidence to the contrary, is your answer.