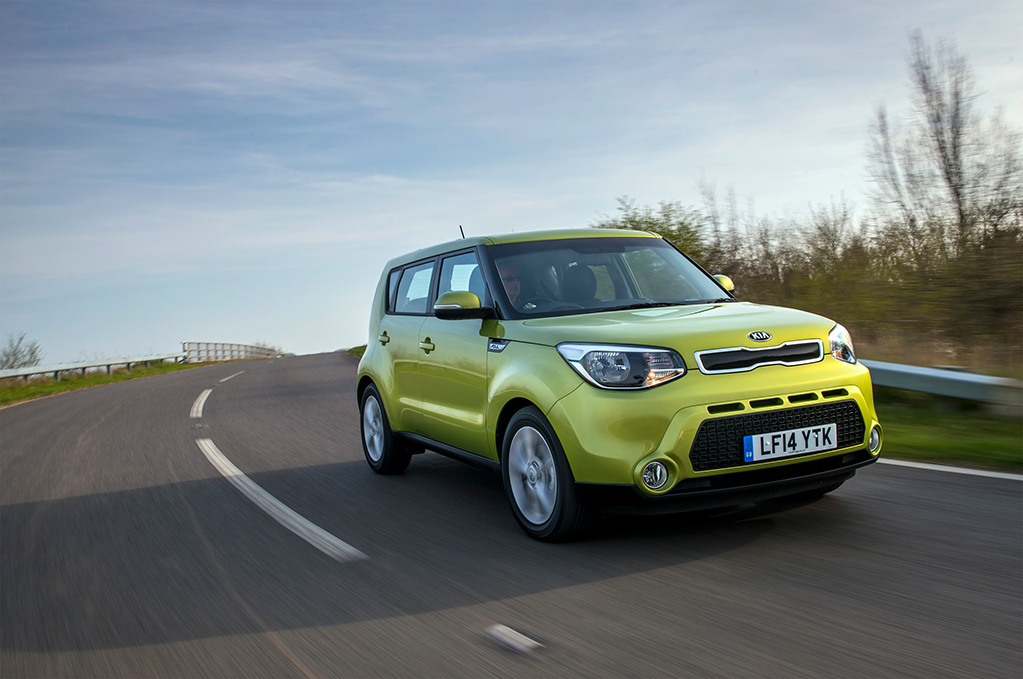 SO, GOOGLE has built a driverless car and straight away we are faced with a big question. Why? Fifteen years ago I flew in the cockpit of an Airbus all the way from Chicago to London and after putting the jet on the runway the pilots didn’t touch any of the controls once. The plane took off, levelled out and then landed all by itself.

So why were the pilots there? No, really, why? Around two thirds of all plane crashes are caused by pilot error. The chap up front with the Rothmans and the smooth, comforting voice is by far the weakest link in the entire process of flying. So why not get rid of him?

Search for and buy a used Kia Soul on driving.co.uk

Easy. Because would you get on a plane that had no humans in the cockpit? You know that if you hit a hill on your way to Greece it’ll almost certainly be his fault but despite this you trust him more than the computers that have been designed to do his job.

It’s much the same story with trains. We know from the monorails you find at various airports that technically it’s possible to do away with the trade unionist in the cab. We know this would make travel safer, and less likely to stop because of a strike. But if the Tube train pulling into your station had no driver you’d be uneasy about getting on board. I know I would.

So there’s that to worry about with Google’s car. We know it has a laser sensor on the roof that constantly monitors the car’s surroundings and we know it’s perfectly capable of not running over children or hitting a tree. But we also know from the experience we’ve all had with our laptops and our phones that electronics have an annoying habit of deciding one day to stop working.

I suppose you could argue that if your car was able to drive itself you could read a newspaper as it trundles along. But would you do that? I know I wouldn’t. I’d spend the entire time sweating, with my finger hovering over the emergency stop button.

And you won’t be able to turn your car off and on again, which is the usual cure, if it’s just had a head-on crash with a lorry and you’ve become some meat as a result.

Let’s say, though, that the electronics are foolproof. Let’s say they really will work all the time and for ever and that as a result the car will not crash at any time.

Then what? You send it in to town to do your shopping. It gets there. It finds a parking space. It shuts down and . . . see the problem. As it’s not capable of going into the shop and buying milk, you have to go with it. And if you have to go along you may as well do the driving.

In Google’s promotional film lots of very earnest Americans talk at some length about how a driverless car will give them more time in a day to do other things. But that simply isn’t the case. They won’t be able to send their car to work while they go windsurfing or rock climbing or whatever it is people dream of doing with their leisure time in America. If their car goes somewhere, they will have to go too.

I suppose you could argue that if your car was able to drive itself you could read a newspaper as it trundles along. But would you do that? I know I wouldn’t. I’d spend the entire time sweating, with my finger hovering over the emergency stop button.

There’s another problem with Google’s plan. The car itself looks like it’s the result of a school project. It’s sort of egg-shaped, which is a good shape for eggs. But not for cars. It looks stupid and I wouldn’t want to get in it even if it were raining very heavily.

I can see what the company was trying to achieve. It needed its new idea to look different from any other car so that it would be hailed as the next big thing. Even though it’s not.

Which brings me neatly enough to the Kia Soul. When the first incarnation of this car went on sale in 2008 it looked unusual. Like it had come from the set of a 1970s moon-based sci-fi adventure. It was a way of saying, “Yes, I have bought a Korean car but don’t worry, I am interesting.” 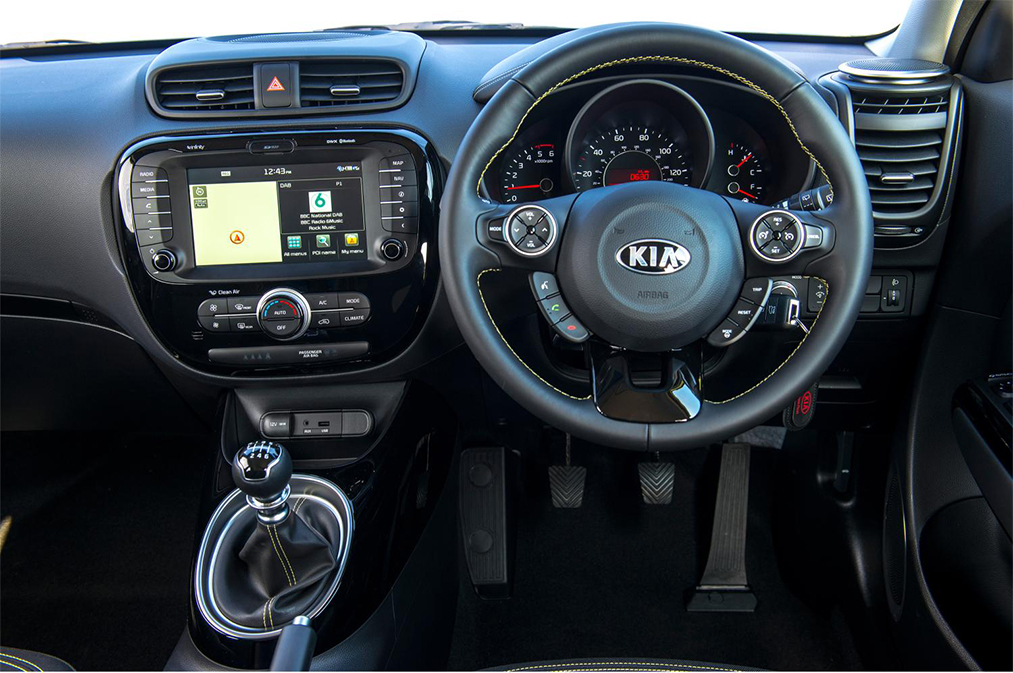 Today, however, all car makers are attempting to do the same sort of thing. The roads are awash with Vauxhall Mokkas and Renault Capturs and Nissan Jukes and that stupid Ford thing, all of which are being driven about by people who have a sign on their desk that says “You don’t have to be mad to work here”. People, in other words, who are not mad at all. These cars — they’re just stripy jumpers designed to make the user look more eccentric than they really are.

Kia decided that the new Soul still had to be a stripy jumper. But this time round it wouldn’t be made from a pleblon mixture of rayon and vulgarlour. This time there would be rather more than some silly styling. There would be some depth.

Underneath it’s fundamentally a Cee’d hatchback, and there’s nothing wrong with that; the Cee’d is a good, straightforward car. The Kia range you are offered is good and straightforward too. Diesel or petrol, manual or automatic. And the prices are low. Surprisingly low, in fact.

But as soon as you step inside, you can see immediately that it’s a serious player. My test car had contrasting stitching on the seats and the instrument binnacle. And that’s a feature that would cost you about £5m in a Ferrari. Then there are the speaker turrets that appear to have been lifted from a Bang & Olufsen catalogue. And the central sat nav screen is bigger than the televisions you would find in most council houses. This is a very nice place to be.

The roads are awash with Vauxhall Mokkas and Renault Capturs and Nissan Jukes and that stupid Ford thing, all of which are being driven about by people who have a sign on their desk that says “You don’t have to be mad to work here”.

And wait, what’s this? I’ve just set off and things are getting better because this is also quite nice to drive. It’s not sporty in any way. If you were picking teams for a game of school football, it wouldn’t be your first choice. But nor would it be the “Oh sir, do I have to have Jenkins?” last choice either.

I understand from colleagues that the petrol engine doesn’t deliver much oomph until the valves are starting to burst through the bonnet and even then it feels gutless, but the diesel I drove was fine. A bit noisy on start-up, perhaps, but thereafter smooth and torquey and doubtless very economical to boot.

And comfort? This was a problem in the old Soul but in the new one, which has a slightly lower ride height, it’s not an issue at all.

The previous model was a bit like the sort of meal you get from one of those restaurants that doesn’t always pass its hygiene tests — the sort of place that ladles on the chilies to mask the fact that the chicken is in fact rat. You felt that the zany body had been fitted to take your mind off the fact that actually the car wasn’t very good. That isn’t the case with the new Soul.

Everyone has a stripy jumper these days. But this one feels like it won’t shrink or fall to pieces after its first wash. I liked it. And I liked driving it as I went along. It gave me something to do.

Restores your faith in driving

Search for and buy a used Kia Soul on driving.co.uk