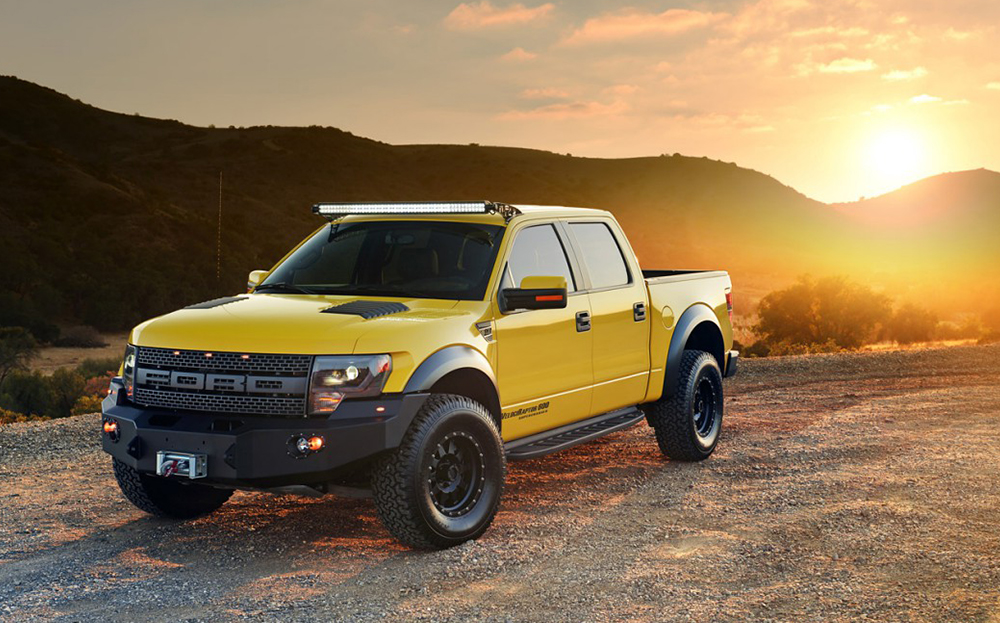 ALMOST EVERYTHING is global these days. We all have the same telephones, computer software, search engines, sport, jeans, problems and beer. And yet Britain is not even slightly interested in adopting the colonials’ fondness for pick-up trucks.

The truck you see photographed this morning is a Ford F-150 and it’s the bestselling vehicle in America by miles. Ford sells more F-150s every year in America alone than the total number of cars made in Italy. Demand is so high that one rolls off the production line every 35 seconds. So many have been produced since it was introduced in the late 1940s that if you parked them all side to side the line would stretch right round the equator. Twice.

But don’t think the big Ford has the market all to itself, because General Motors sells a Chevrolet Silverado every minute. And that’s before we get to all the GMCs and the Rams. There are so many pick-up trucks sold in America that you begin to wonder if the sheer weight of the damn things, all in one place, in one corner of the globe, could start to affect the planet’s orbit.

The main reason pick-up trucks are so popular over there is that they’re cheap. The entry-level F-150 sells for the equivalent of just over £16,000. And for just a couple of thousand more you can have a version that comes with electric everything and a 385-horsepower V8. That’s a full-size vehicle for the price of a Vauxhall Astra diesel.

There is, of course, a reason for this. They’re — how can I put this? — a bit basic. To make one, you need a couple of railway sleepers, three tons of pig iron, an ingot of aluminium and the suspension from an ox cart. And then there’s the engine, which doesn’t have to meet the fuel consumption laws that apply to cars. And any politician who even suggests in his sleep that this ought to change will be visited in the night by several million men with single-syllable Christian names and oily baseball caps. 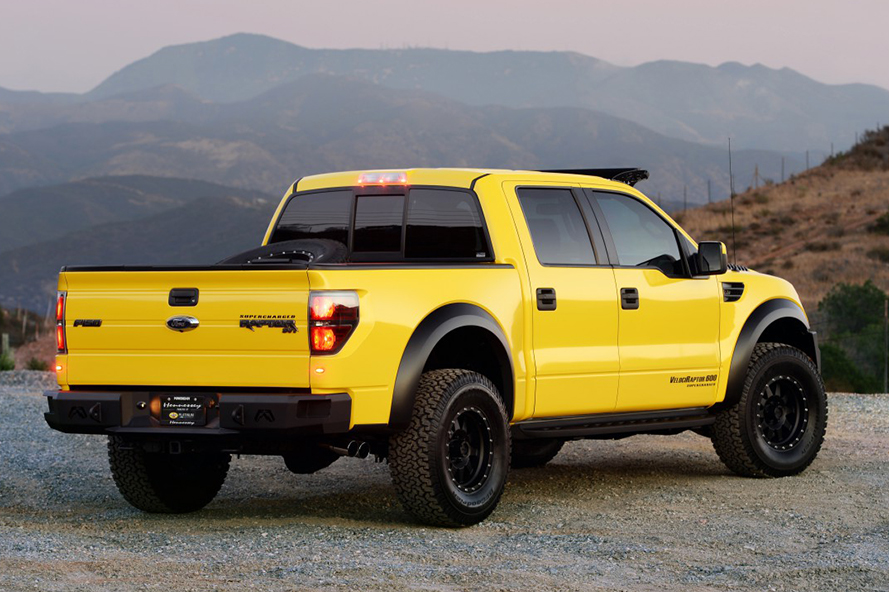 But cheapness isn’t the reason pick-up trucks are also popular in Australia and Canada. I think there’s some anthropology going on here. The vast majority of people who live in these countries are descended from people who arrived from somewhere else in the not-too-distant past and had to hack a living out of nothing. The need to be practical and wise in the ways of the land is therefore strong.

You see evidence of this in their shopping centres. In Europe, where we are descended from Leonardo da Vinci and Beethoven, our cities are full of coffee shops and boutiques selling potpourri and stylish trousers. In Australia all the prime retail sites are occupied by plant-hire specialists. Here we pop into town for some new shoes. There they go into town to buy some new earth-moving equipment.

It’s the same story in Canada. Every shop I saw on a trip to British Columbia’s hinterland last week was selling diggers, cement mixers, drill bits the size of houses, trolley jacks, cranes and furnaces. At the weekend we watch a football match and maybe do a jigsaw. They go into the garden and either dig for oil or smelt zinc.

But cheapness isn’t the reason pick-up trucks are also popular in Australia and Canada. I think there’s some anthropology going on here

We in western Europe don’t need to look as if we know how to mine lead, so there’s no need for us to drive what’s basically a covered wagon. Unless we are a gamekeeper, and most of us aren’t, we can have a nice Volkswagen Golf diesel instead and all’s well.

Except the pick-up I was driving was nowhere near as bad as its Victorian underpinnings would suggest. It was actually quite nice. In fact it was very nice. So nice that I fell head over heels in love with it.

It had started out in life as a top-of-the-range F-150 SVT Raptor, which comes with lots of meaty V8 torque, a get-out-of-my-way bellow, bonnet louvres and long-travel suspension so that you can drive at 100mph-plus over the desert and not spill your Coors.

And then it had been supercharged and intercooled by a company called Hennessey, maker of the Venom, one of the fastest road cars the world has yet seen. This meant it produced 600bhp, so this 2¾-ton signal box could get from 0 to 60mph in a hysterical 5.2 seconds.

Everything about it was hysterical. It was comically big, comically shouty and comically garish. It was even called VelociRaptor, which is a funny name. It was in every way the complete opposite of the Queen and everything we hold dear on this side of the pond. And yet . . . 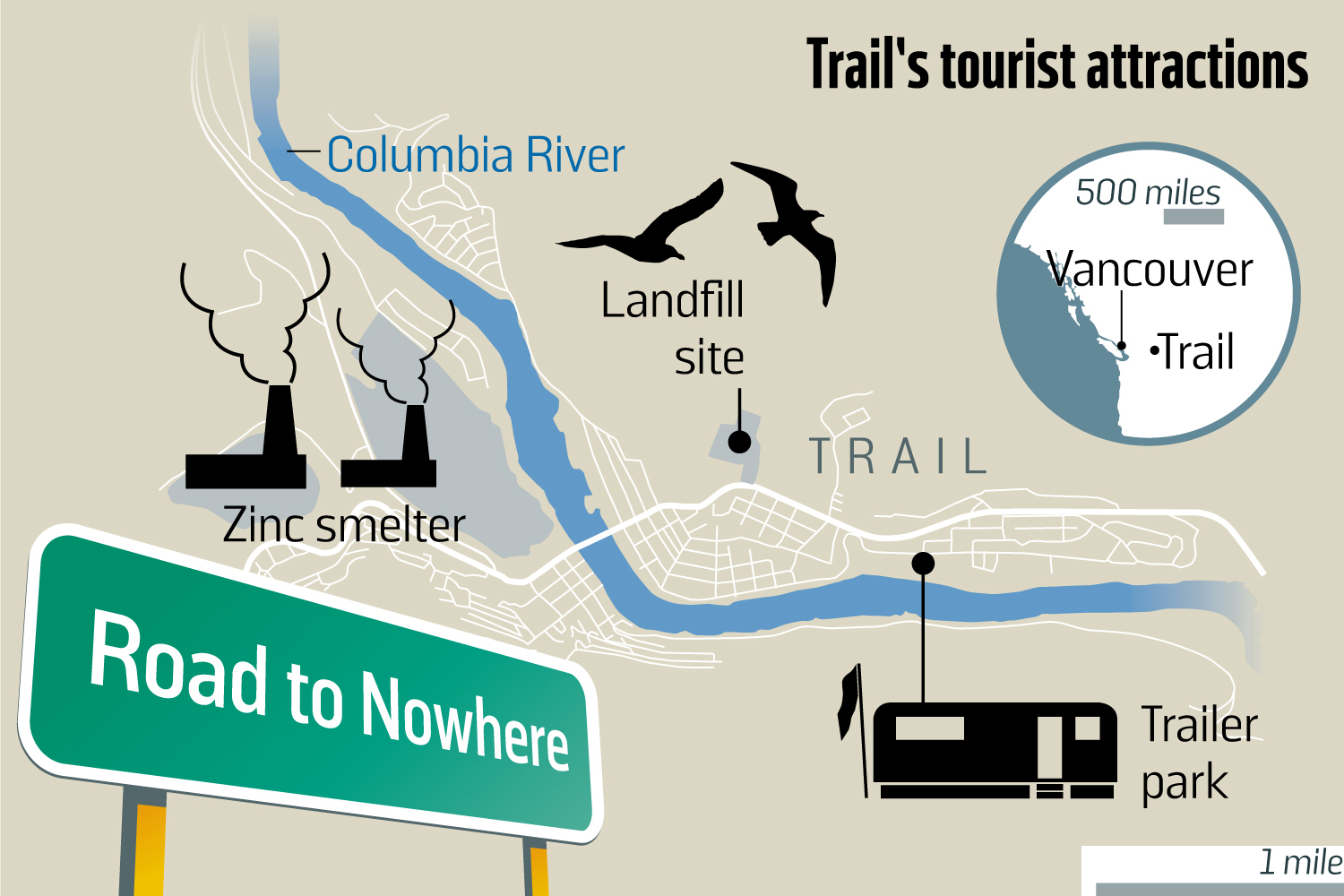 On a long, dreary 16-hour drive across British Columbia to the town of Trail you need a laugh from time to time. And I therefore quite enjoyed being in a big yellow aircraft carrier, especially as it was extremely comfortable. Occasionally, at low speeds on a bumpy road in a town centre, you could tell that it had been built along pretty much the same lines as a colliery water pump, with a separate chassis and exactly the same sort of rear suspension as you find on a pram. But most of the time it cruised along as though I were on a thermal.

Then the going got a bit snowy and steep and it was time to engage four-wheel drive. In a Range Rover this is easy. You simply tell the car what sort of terrain you’re attempting to cross and it sorts out the gearing and the differentials for you. The VelociRaptor does not have that facility. You turn a knob to engage four-wheel drive and then turn it again to select low range, and then pull it to lock the rear diff. It was all very 1963, but I’ll let you into a secret: it works.

I don’t usually trust electricity. Sending an email is not as reassuring as putting a letter in the postbox. And a sausage that’s come out of a microwave is not going to be as trustworthy as a sausage that’s been in an actual fire.

It’s the same story in a Range Rover. You don’t really know what’s going on underneath, whereas in the £60,000 Ford you do. Because you can hear the big mechanical clonks when you move one of the signal-box levers in the cabin. And, ooh, could it cover rough ground. And rivers. And mountains. I’m not sure a Land Rover on identical tyres could get you further into the woods than the VelociRaptor — I’m really not.

And I’m certain it couldn’t get you out as easily, because after night falls you push a switch marked “Aux1”, and what is basically a collapsed sun on the roof bursts into life, turning about 200 miles of darkness into brilliant ice-white light.

That was childish. The whole thing was childish. And silly and too enormous and fitted with so much power that a really good four-wheel-drive drag-strip start might actually cause the world to slow down a bit. But who doesn’t want all of that in their life?

Especially when it doesn’t really come with a downside. Apart from the fact that I could never think of a single thing to put in the load bed. And that if I had, it would all have been stolen the first time I pulled up at a set of red lights. And it would be impossible to park in, say, Malvern or Harrogate, or even that Ordnance Survey grid square in Lincolnshire with nothing in it.

So I don’t want a Hennessey VelociRaptor pick-up. But I’m extremely glad it’s out there for people who do.