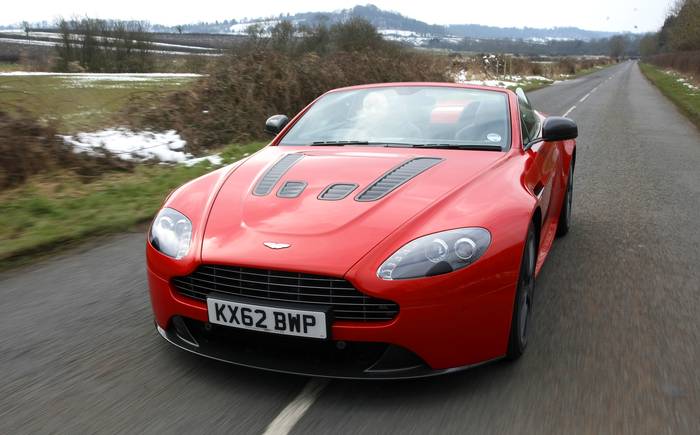 Show a man a gun, and if he has anything at all in his underpants, he will start to play with it. He will hold it to his shoulder and look down the barrel. He will want to take the safety catch off, and if it’s loaded, he will want to pull the trigger.

A gun is designed for one purpose: to kill things. We should find it abhorrent. We should shy away and cower. And yet we don’t. Because beneath the cashmere outer layers and the frontal lobes and the ability to make a lovely supper, there is the root of our brain, the old bit. And that is consumed by two things. Sex and violence.

It’s the bit that draws us to the gun and makes us want to fire it. Because it knows that when we have an AK-47 in our hands, we are better at hunting and killing than someone who doesn’t. And that makes us more attractive. Which means more sex.

I’m not making any of that up. I once made a television programme about the history of the gun and I was stumped for a conclusion. I simply couldn’t explain why I liked guns and why, on the shoot, the all-male crew liked them too. So I spoke to some brain experts and they told me.

It’s because, deep down, we are all penises and teeth. It’s fight, flight, eat and shag. And we know that given the choice of an unarmed George Clooney or Nicholas Witchell with an Uzi, every woman in the world is going to ignore the Hollywood superstar and tear off the royal correspondent’s trousers.

But, of course, today you can’t go about your daily business with a machinegun slung casually over your left shoulder. Which means that you need a substitute. Some say it’s regular trips to the gym. Others say it’s wit, or money, or a kitchen full of cookbooks. But, actually, it’s a manual gearbox.

If you have an automatic, you are telling the world that you are too lazy to change gear yourself. Which means you’ll be hopeless at killing antelopes. You’re the sort of person who watches a lot of television and has warts.

And it’s the same story with the new-fangled flappy-paddle gearboxes. In essence, these are the left and right keys on a laptop. They’re switches. You are just asking a computer to do something, and half the time it will say no. Which means you are a slave to software. A journeyman. An epsilon.

A manual is different because you can’t just sit there while the car drives along. You have to wrestle with it, tame it. You have to take charge, be the boss. Taking a car to the red line and then pulling back on a big metal lever is exactly the same as sprinting across the Serengeti and wrestling a wildebeest to the ground. A manual gearbox makes you a man.

It’s a thing of joy too. Charging up to a corner, braking and downshifting with a smooth double declutch. This is poetry for the petrolhead. And unlike with flappy-paddle systems, you can change down when you feel like it. There are no fail-safe systems on hand to suggest that the shift into second will over-rev the engine. It knows that it’s your engine and they are your valves and if you want to ping them through the bonnet, that’s up to you. In a manual, you are master of your own destiny.

But there are some problems with this, as I discovered over a few days with the Aston Martin V12 Vantage roadster. On cold mornings the big metal lever was jolly chilly. So chilly, in fact, that you needed to think about wearing mittens before setting off. And in the fight-or-flight, hunter-killer world of male pride, you really want to be in a loincloth, not mittens.

There’s more, I’m afraid. Because if you have a can of soft drink in either of the cupholders, it is quite tricky to engage second, fourth, or sixth. Then there’s the bothersome business of traffic. After a while your clutch leg starts to ache. And I’m sorry, but when the traffic thins, a car with a manual gearbox simply isn’t as fast as a car with flappy paddles. 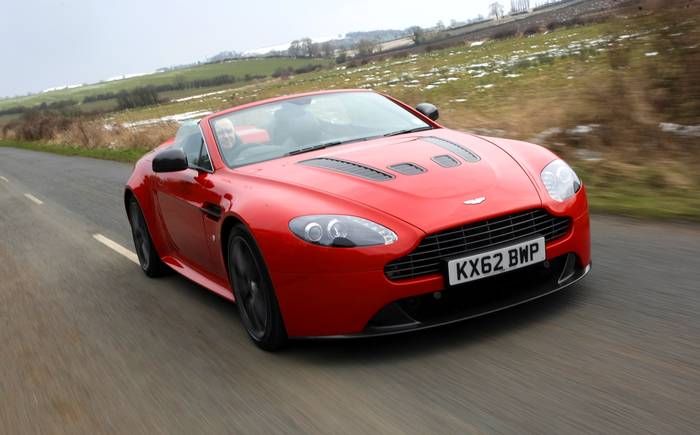 Last year, on a deserted Romanian motorway and with the blessing of the local constabulary, I raced a manually equipped Aston Martin DBS against a paddle-shift Ferrari California. In terms of acceleration they were almost identical. But each time I changed up, I lost maybe five yards. I was quick. I was smooth. I was very manly. But I lost.

So while the manual gearbox may cause you to have more sex, it makes you a bit hurty, it’s hard to use, it’s not as efficient as flappy paddles and it feels surprisingly old-fashioned. As if you’ve switched from an iPad to a typewriter.

There are other things in the Vantage roadster that feel old-fashioned too. The buttons, for instance, are extremely small, and none of them does what you expect. And behind the wheel you do feel cramped.

Strangely, though, the Vantage roadster is new. Well, newish. Because what we have here is the company’s venerable 6-litre V12 shoehorned into the V8 Vantage’s drop-top body.

You can tell it isn’t the normal V8 version because the bonnet is festooned with many air intakes and vents. Some say that fitting these to an Aston Martin is a bit like fitting a nose stud to the Duke of Edinburgh. But I like them. I think they give what is a very pretty car some edge. They hint at some savagery.

And there is savagery. It isn’t as powerful as the new Vanquish, which has a differently tuned version of the same engine, but somehow it feels way faster. It feels so quick that I became concerned that the chassis wouldn’t be able to cope. Sure, there have been a couple of modifications to the suspension and there’s a restyled rear end designed to keep its backside more firmly glued to the road. But tinkering in the face of such grunt is a bit like trying to direct lava, using hay bales.

Yet, curiously, it’s OK. The ride is compliant and the handling’s fine. At the Top Gear test track I ended up going backwards only once. The rest of the time it was all fun and games and controllability. Until, as is normal in all Astons, the front tyres lost their bite and I was rewarded with yards of game-over juddering understeer.

It’s a hard car to sum up, this, because — let’s be honest, shall we? — an Audi R8 Spyder is a better machine in almost every way. But you’re not interested. You’re going to be happy to put up with the problems and the old-fashioned feel and the ice-cold gearknob because it’s an Aston Martin and because it is one of the best-looking cars ever made.

This is a job for Homo erectus