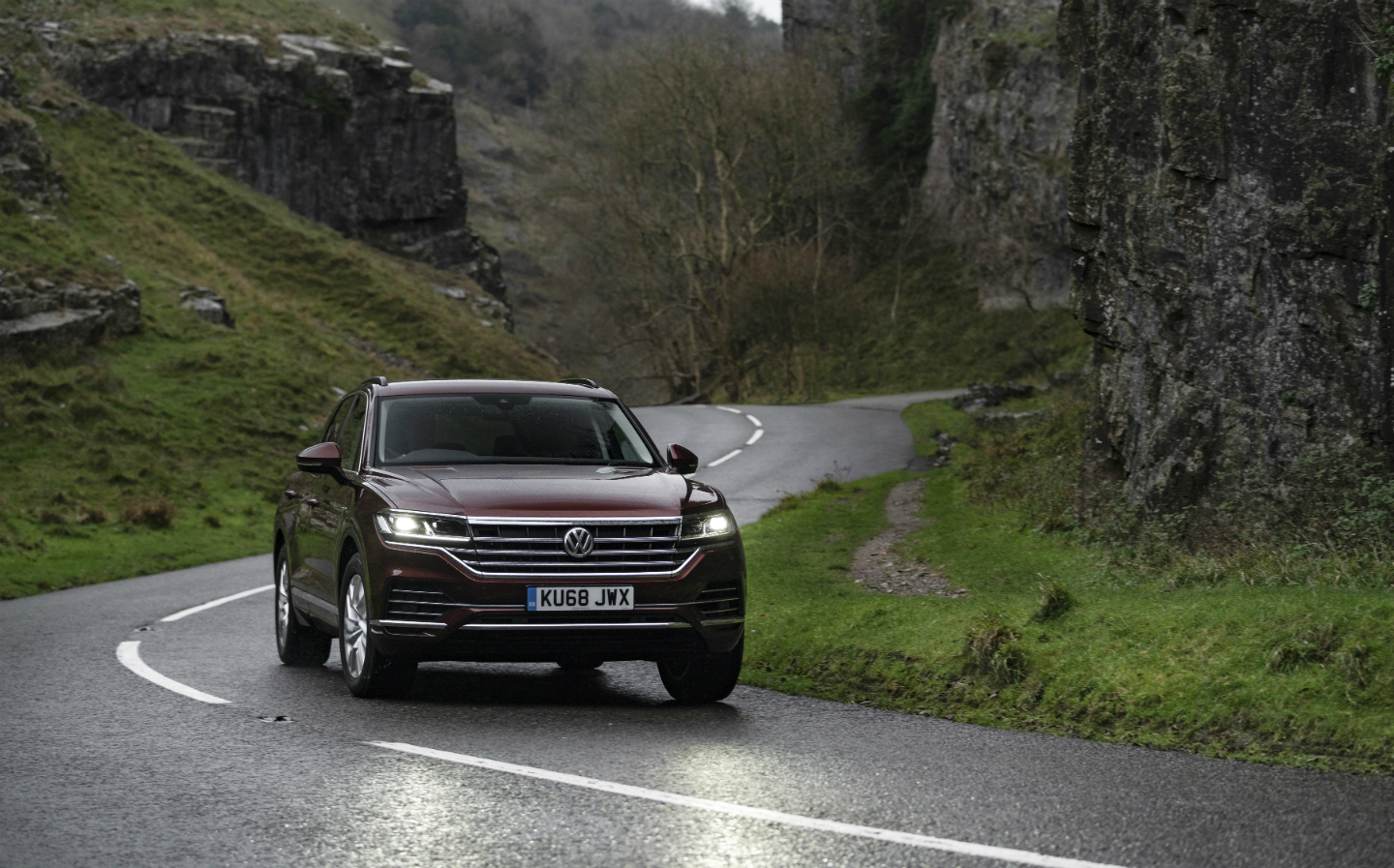 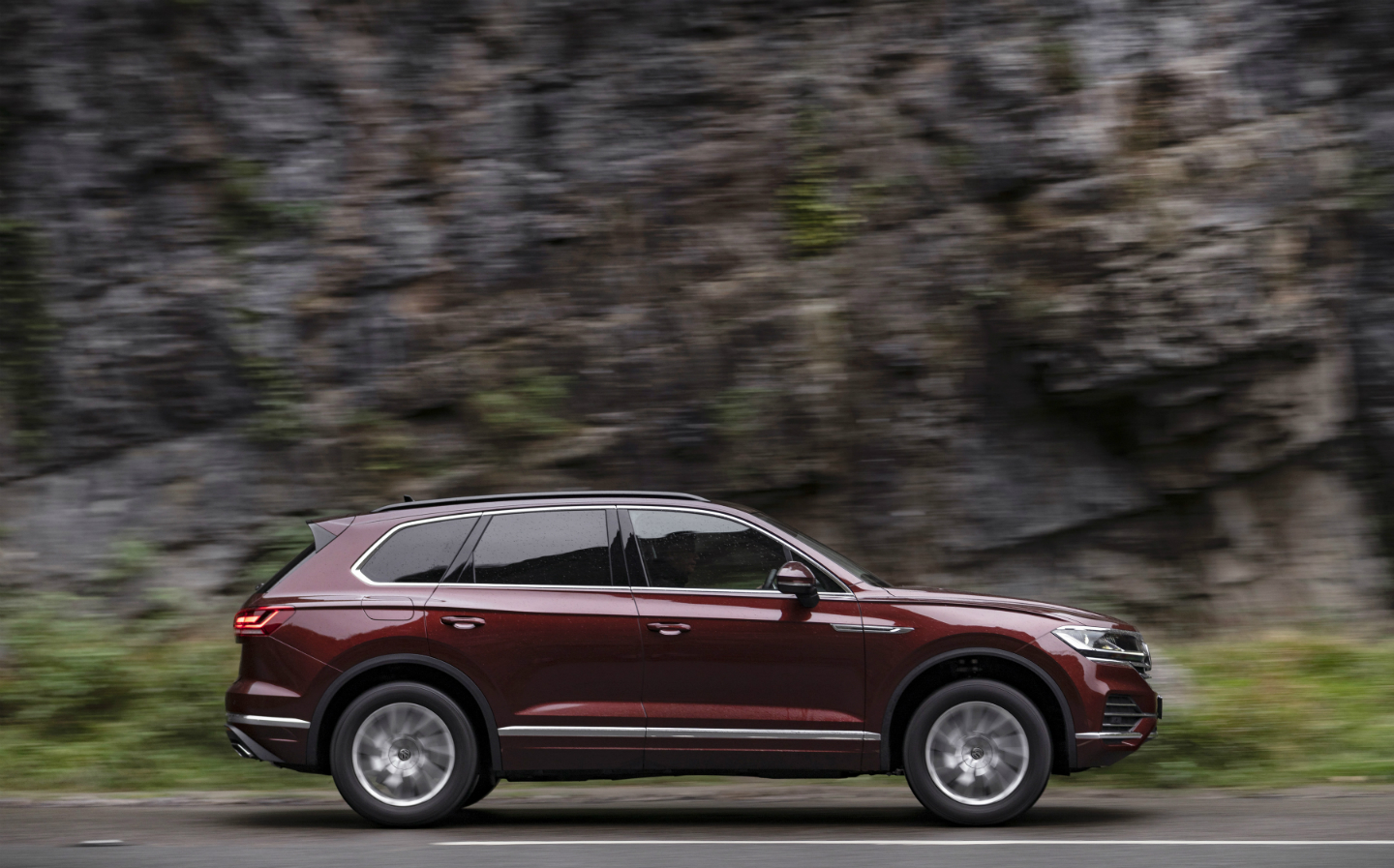 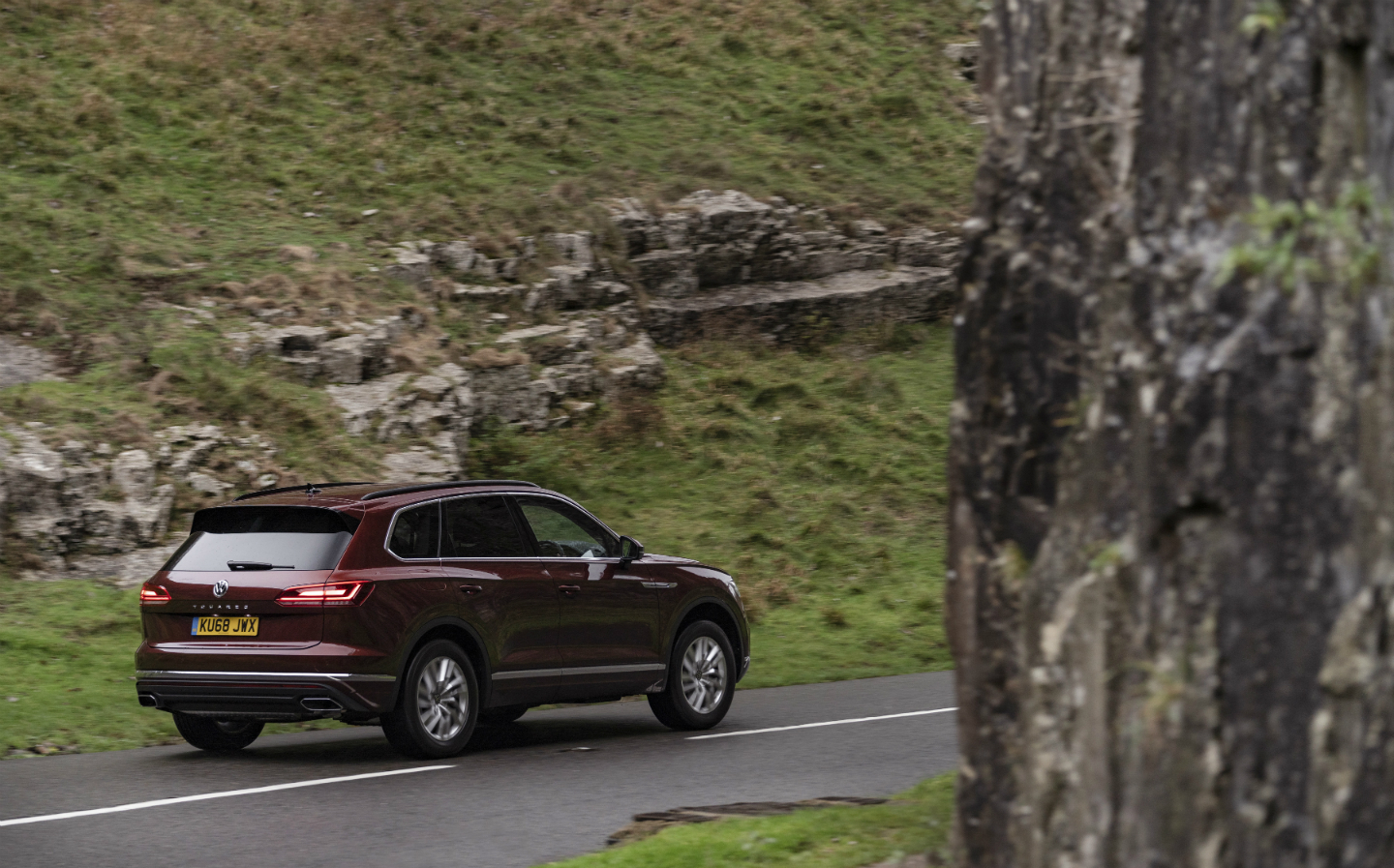 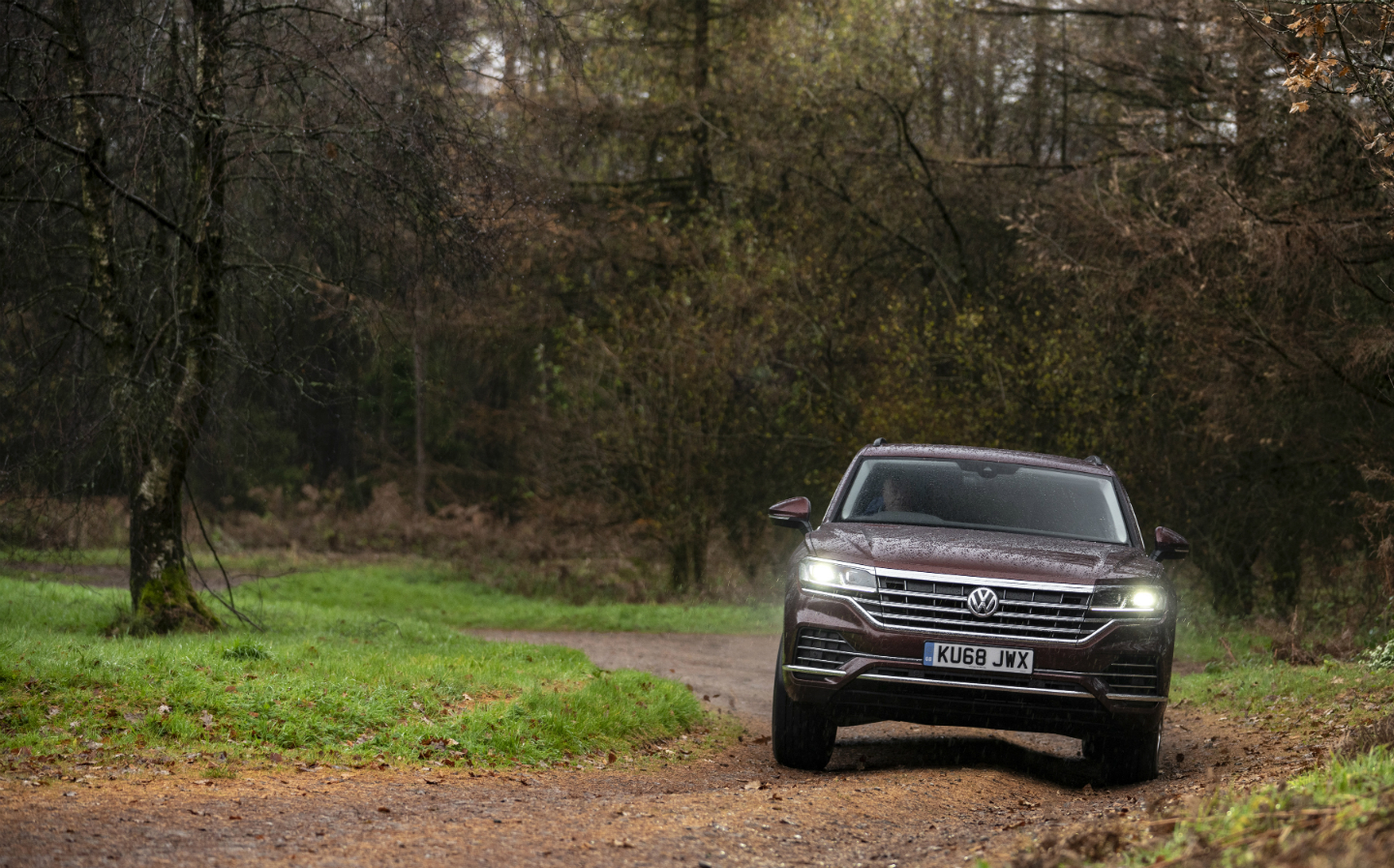 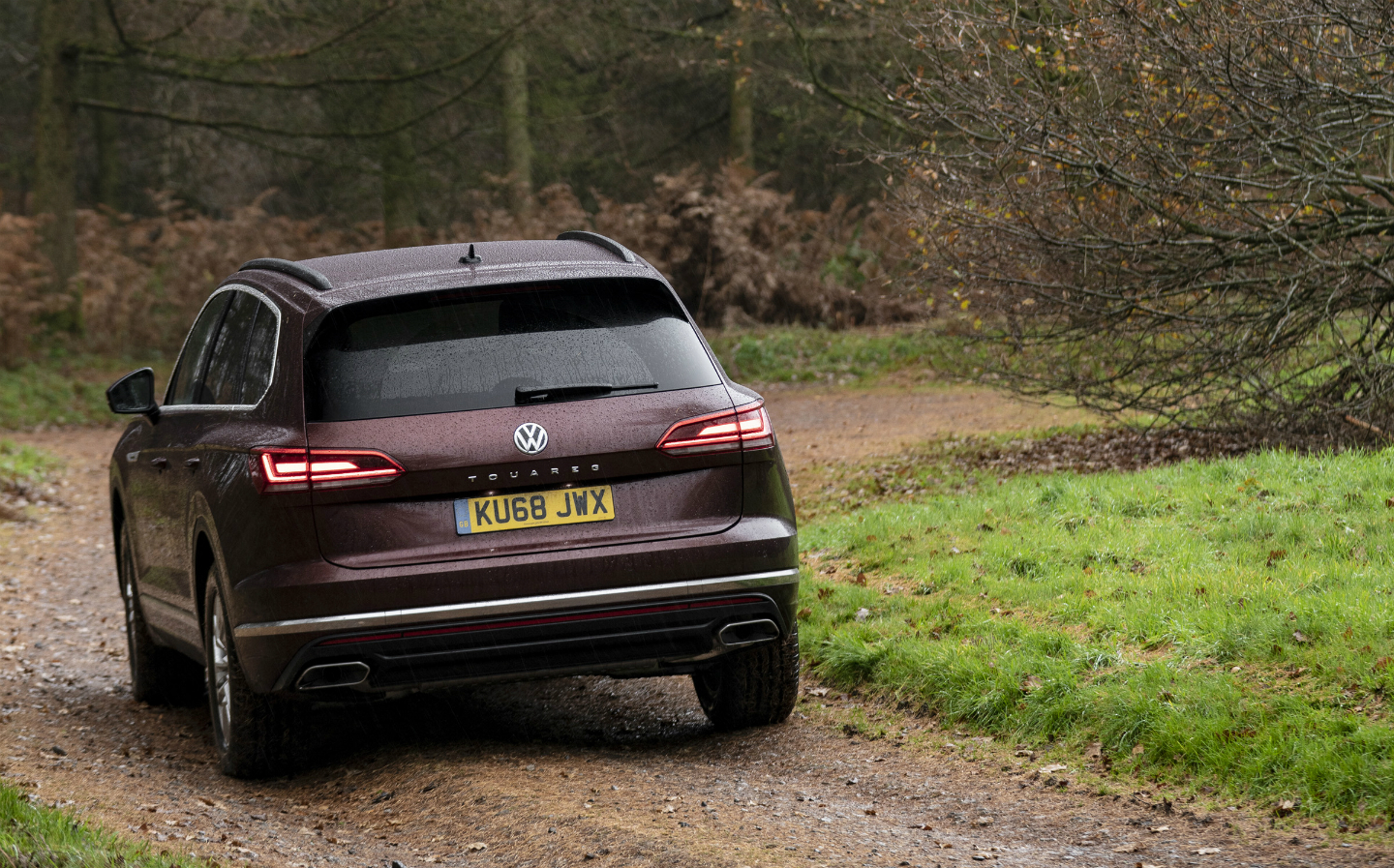 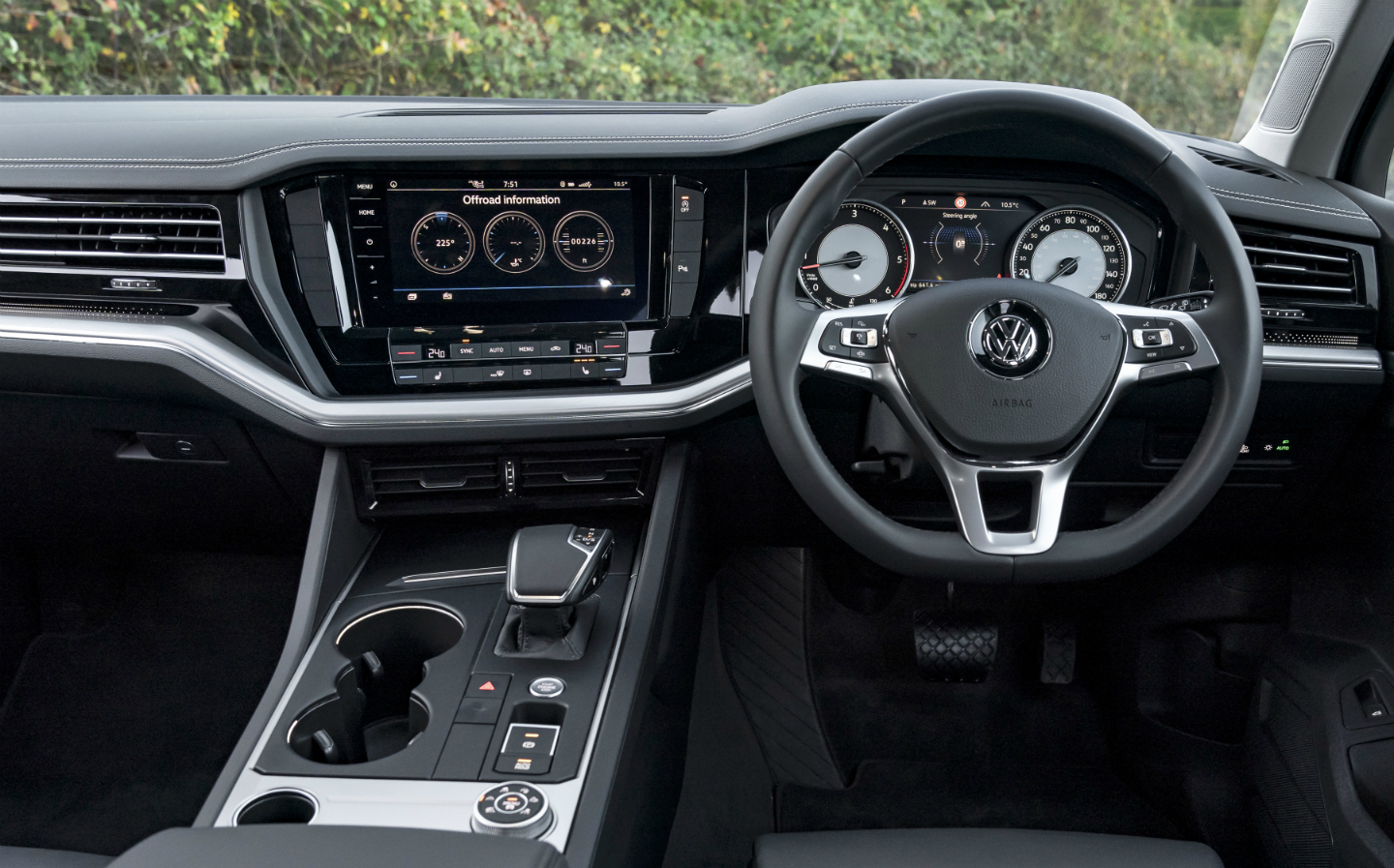 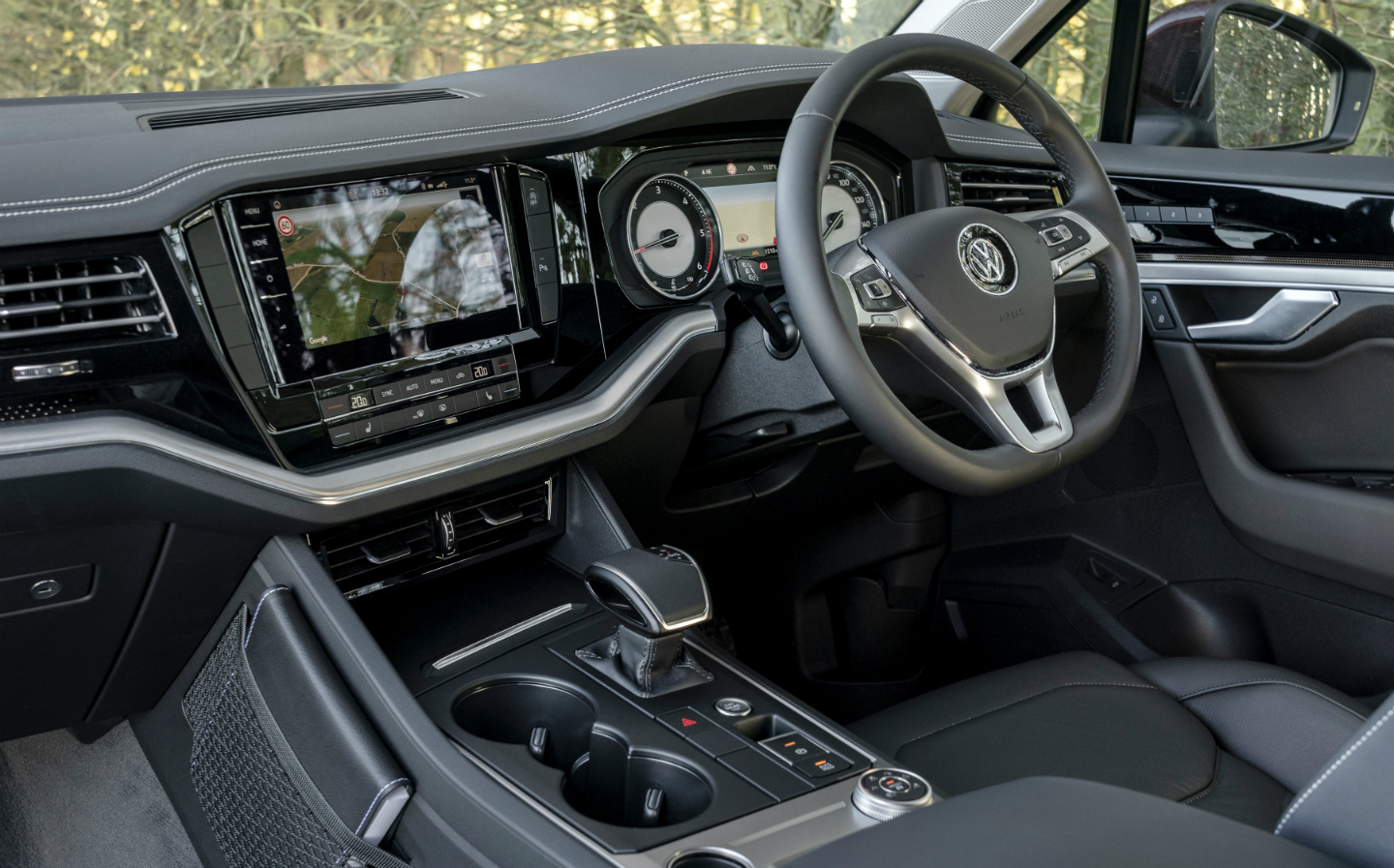 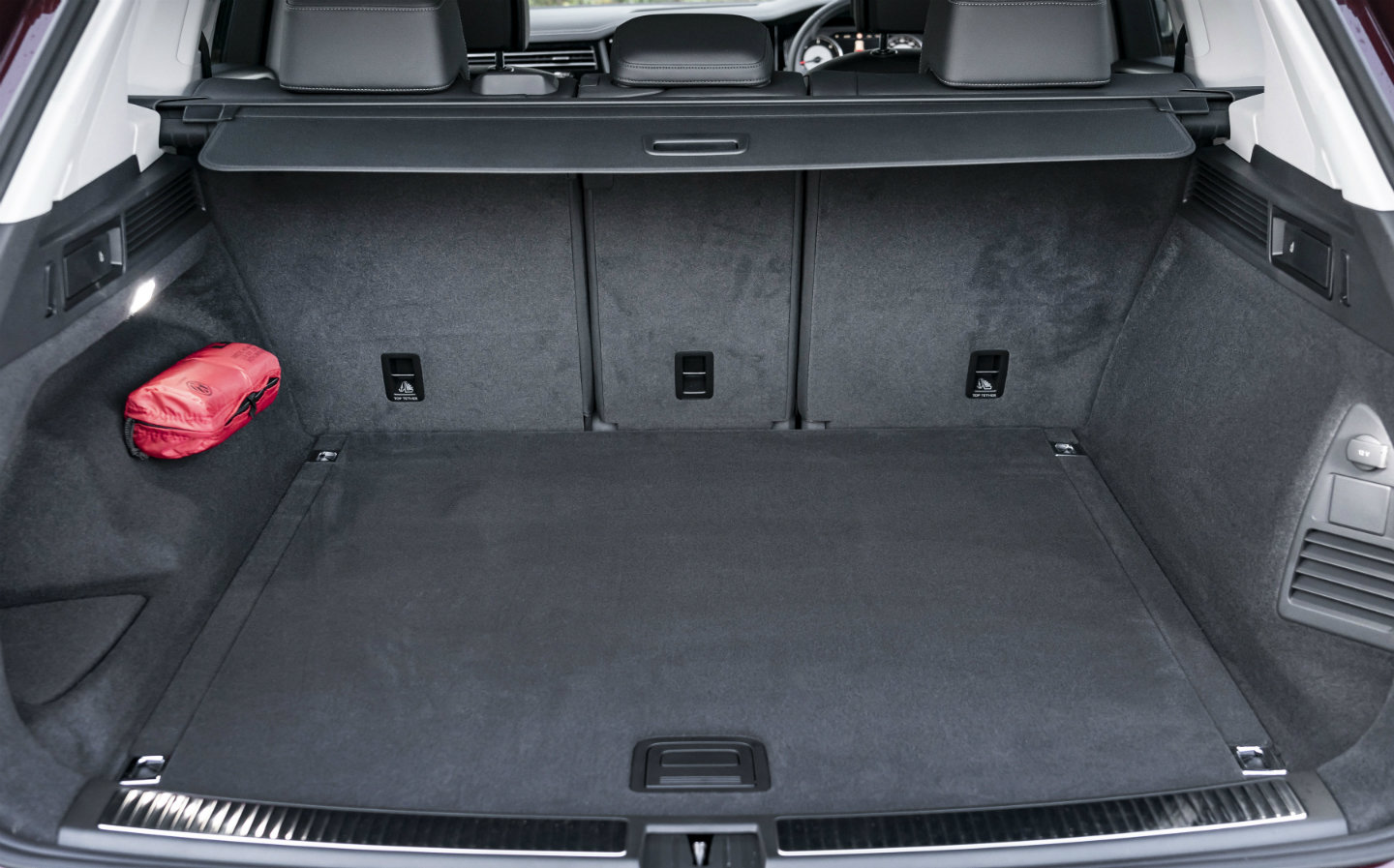 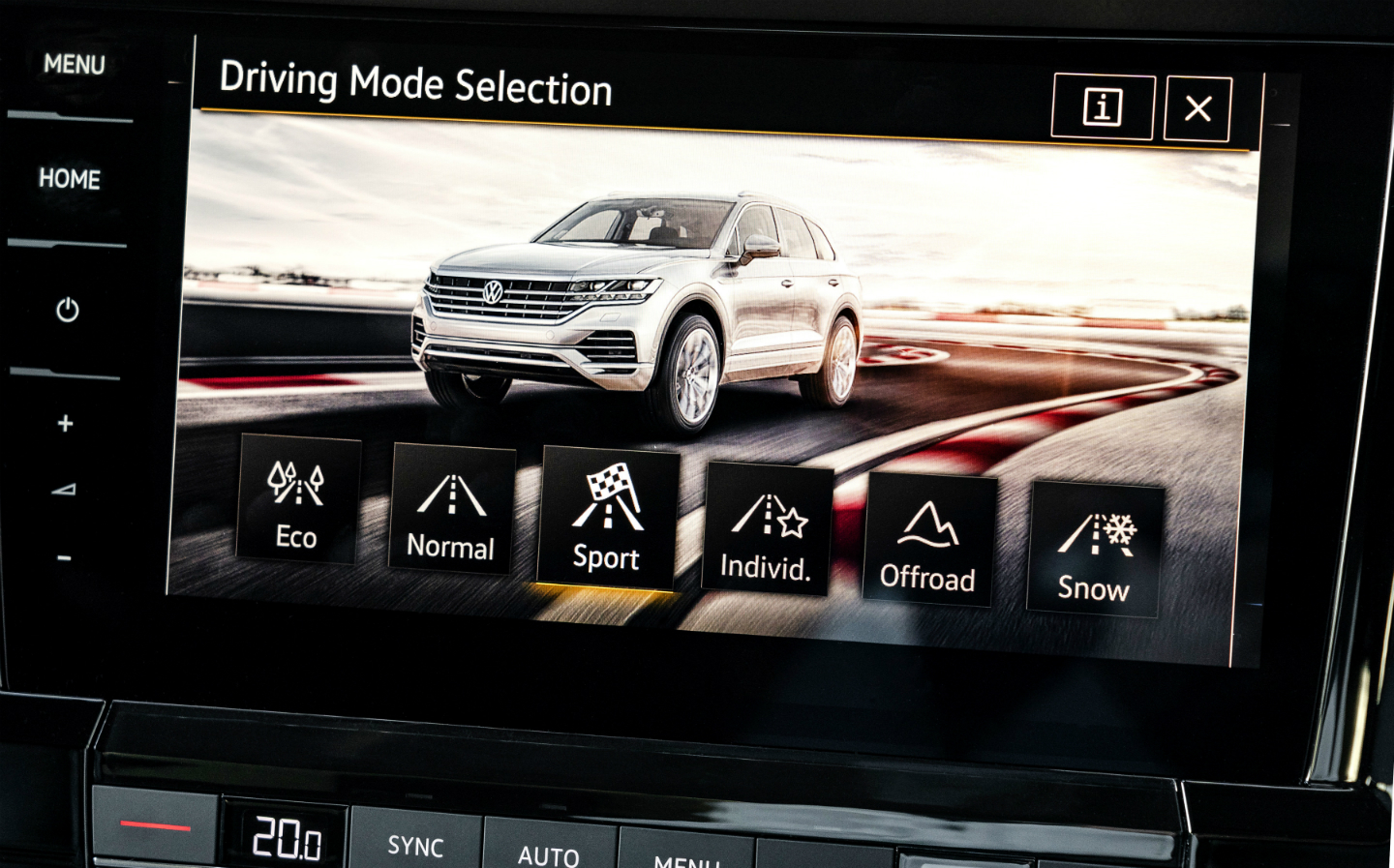 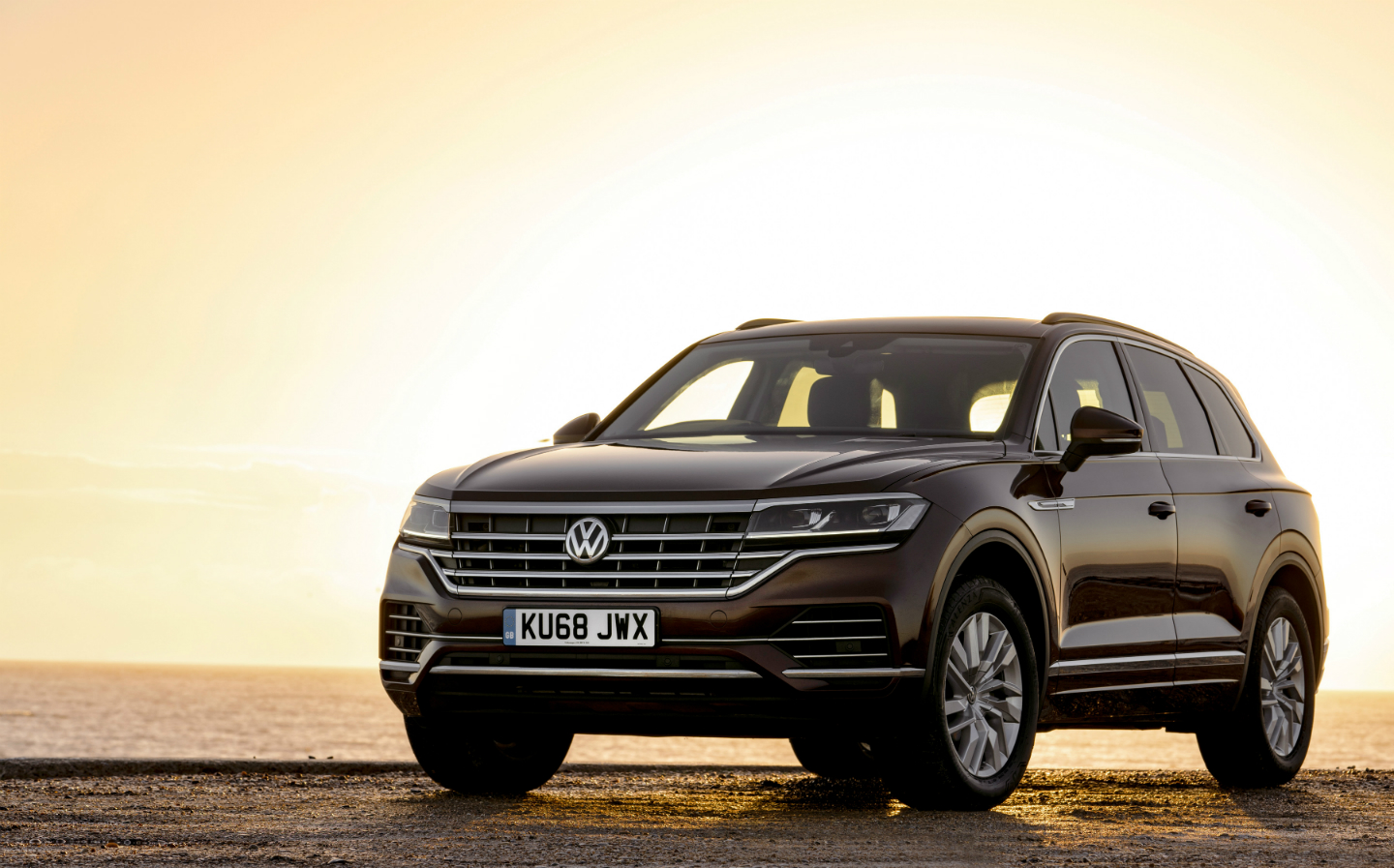 By Richard Porter
Share Article
A very nice car
At a glance
Pros
Big, beautiful interior
At home on A-roads and motorways
Less than half the price of a Bentayga
Cons
There's no seven-seat option
Diesel-only engine range
Even in Comfort mode, the ride's a bit firm
Specifications
Cars > Volkswagen > Touareg

JEREMY Clarkson was supposed to review this car for The Sunday Times a few weeks ago but he “literally couldn’t be bothered”, so here’s the supply teacher to have a crack. Please don’t stick a rude sign on my back while I’m writing on the blackboard.

Jeremy’s real reason for not covering the Volkswagen Touareg SUV was that he couldn’t think of much to say about it, and you can see his problem, because it’s so inoffensive. This is a nice car, and as the Liverpudlian comedian Alexei Sayle once pointed out, nothing should be described as “nice” apart from biscuits.

I was going to tell you all the things that are good about the top-of-the-range Touareg I drove, but it would be quicker to start with what’s wrong.

Here goes. As with many modern cars, it has a lane guidance system that gently nudges the steering to keep you within the white lines on motorways. It’s quite annoying, being inconsistent and intrusive and occasionally prone to a floaty sensation that makes you fear the big round thing in front of you has become detached from the two big round things underneath.

As a result, and if you’re confident of your ability to steer a car, you will turn it off only to discover that it switches itself on again every time you start the engine. You soon learn the two button presses that kill the system, so let’s file this under “minor inconveniences”.

Other things not to like. I found the grille rather chintzy and the rest of the exterior styling a little busy in the current VW mould, which favours masses of lines and creases to show off the prowess of its panel-pressing machines, even though it ends up looking as if the styling sketches were attacked by a toddler.

Oh, and ideally I’d like it to ride bumps a little more softly. There’s a Comfort mode for the (optional) air suspension, which sits below the setting labelled Normal, as if it’s not a normal human desire to be comfortable, but it could be cushier still.

The suspension has a Comfort mode, which sits below the setting labelled Normal, as if it’s not a normal human desire to be comfortable

And that’s about it. Otherwise the Touareg is a large, practical, user-friendly car that would fit neatly into your life without annoying you or attracting too much attention.

Here are some other good things about it. It feels well made. It’s a big old bus yet it can clip along nicely, soaring along A-roads and joining motorways at a confident stride.

It’s got all the latest tech, including virtual instruments and a massive, glossy central screen, and this makes it feel bang up to date. For the most part the screen is easy to navigate and flits between functions with crisp efficiency.

You may notice that, as a result of its faith in touchscreen controls, VW has eliminated most of the physical buttons from the dashboard, but it has sensibly left a column of virtual icons down the side of the screen. Some of these operate mundane but necessary things such as the heated rear window, and some can be programmed to your preferred function, though sadly not to override that distracting lane assist function.

The good thing about that stack of virtual buttons is that it’s there whatever else the screen may be showing, which means setting maximum demisting or cancelling the stop-start system doesn’t demand a tiresome journey through several submenus. So that’s nice. It’s all nice. Sorry to say it again, but this is a nice car.

Yes, yes, you reply, but I’ve just noticed the price, and it’s £58,000 for a bloody Volkswagen. Crikey, it had better be nice for that amount of money. At this point I’m going to have to look at my shoes and mutter with embarrassment that the car I tested had several options, including crisp white “premium” paint for an extra £1,780, and that its total price was £72,975, and … oh, look, now you’ve laughed and walked off.

But wait — don’t go yet. I haven’t told you about the Touareg’s interesting selling point. It’s the same underneath as a Bentley Bentayga and a Lamborghini Urus, the former starting at £136,000 and the latter at £160,000. In that context the 58-grand VW starts to sound like one of those 10-quid bottles of Co-op malbec that make an upstart appearance in a wines-of-the-year list.

The Touareg isn’t as aggressively sporty as a Bentayga or a Urus to drive, nor is its interior as lavishly appointed, but it’s certainly not less than half as good, despite being less than half the price.

Either way, the smart buyer would accept that all SUVs are just tall, fat hatchbacks, save themselves a few quid and get the cheaper one. It’s something you should bear in mind before you turn your nose up at the VW badge and head straight for your nearest Audi, Porsche, Bentley or Lamborghini dealer.

If you’re not too picky about the badge on the front, the Volkswagen will do very nicely. It may have triggered a fit of boredom in Jeremy Clarkson, but it’s still a very nice car.

Richard Porter is script editor of The Grand Tour. This article first appeared in The Sunday Times.

Can’t see the video? Click here.
See how much you could save on a VW Touareg at carwow 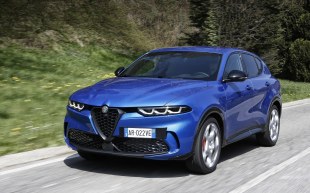