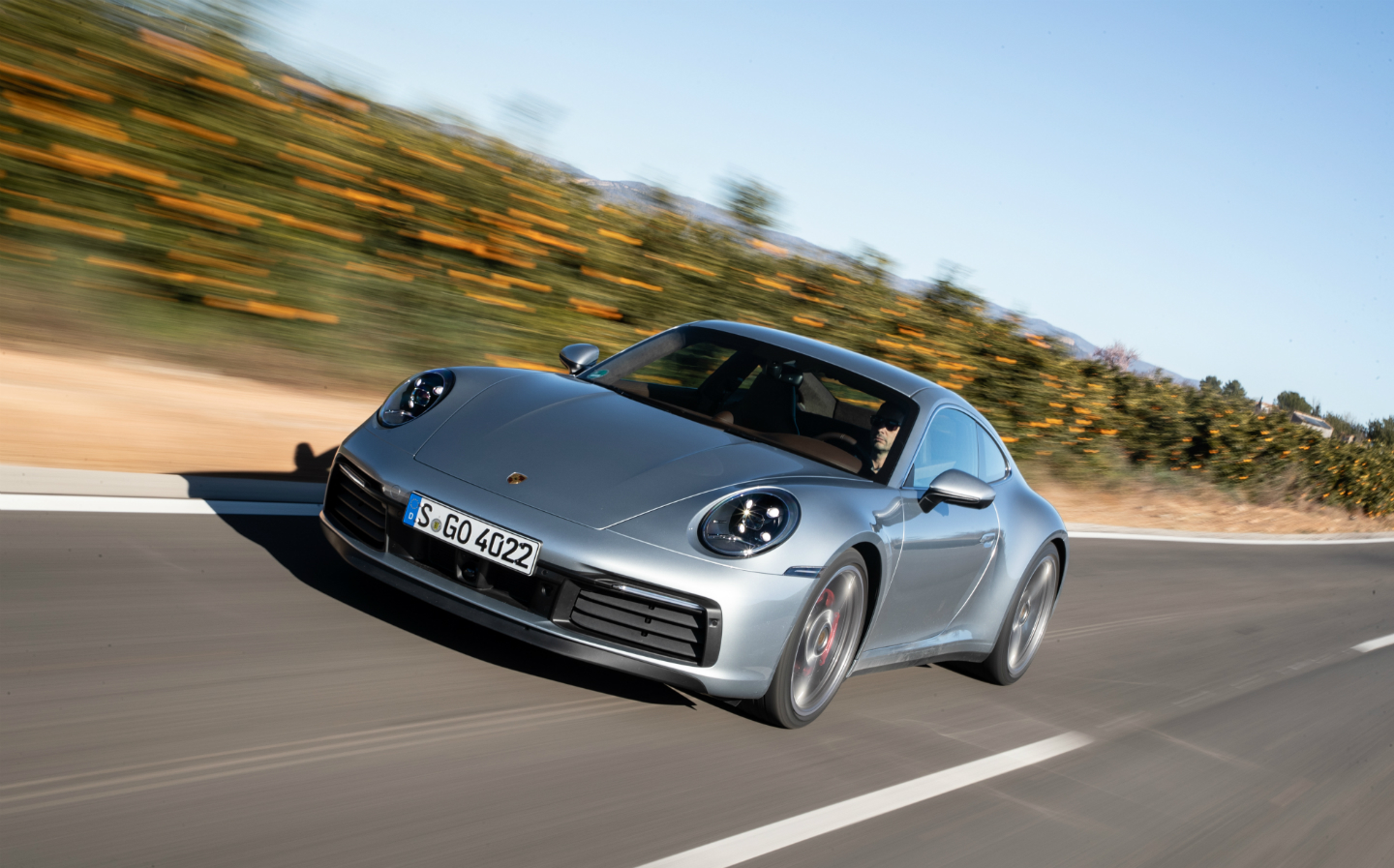 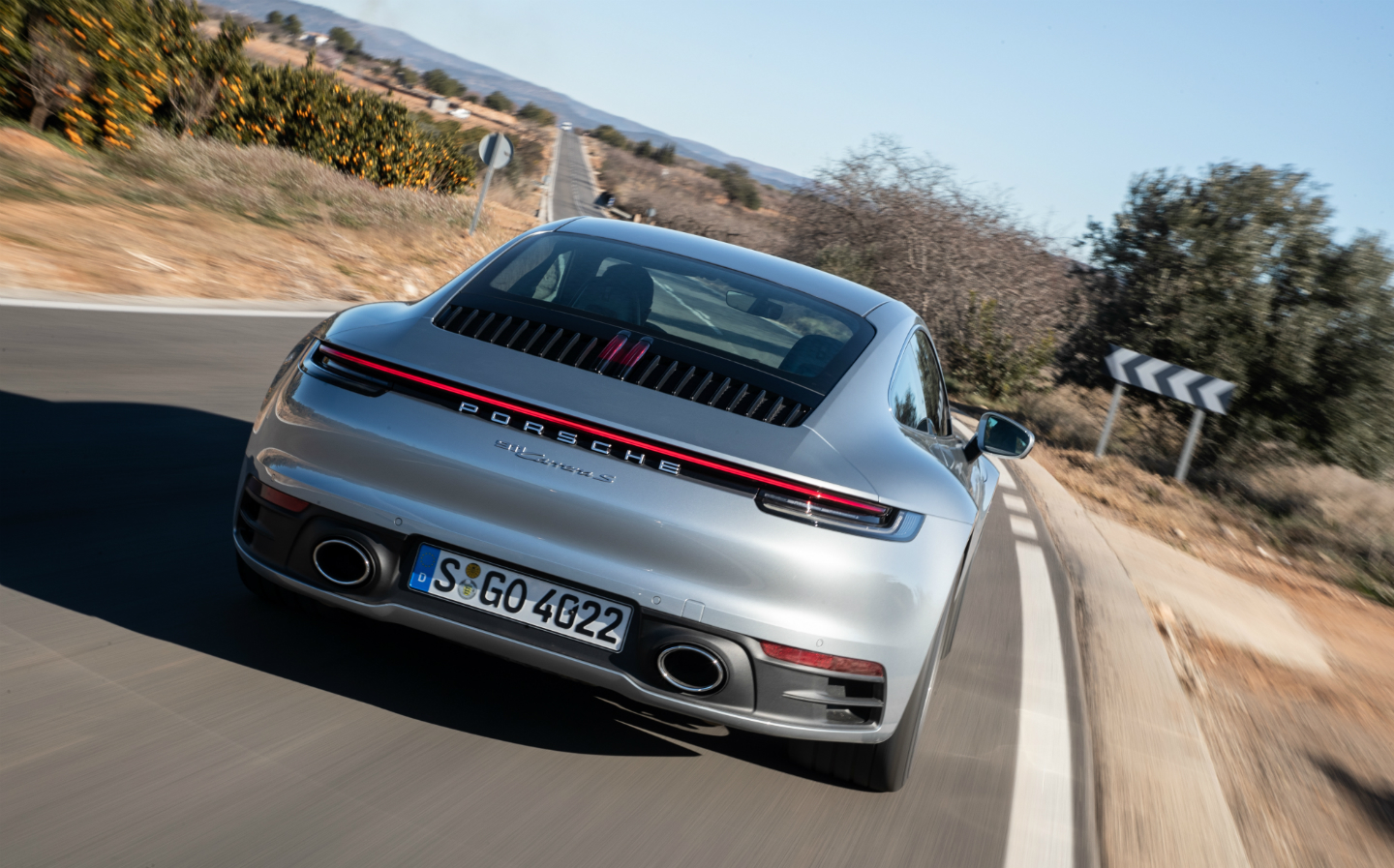 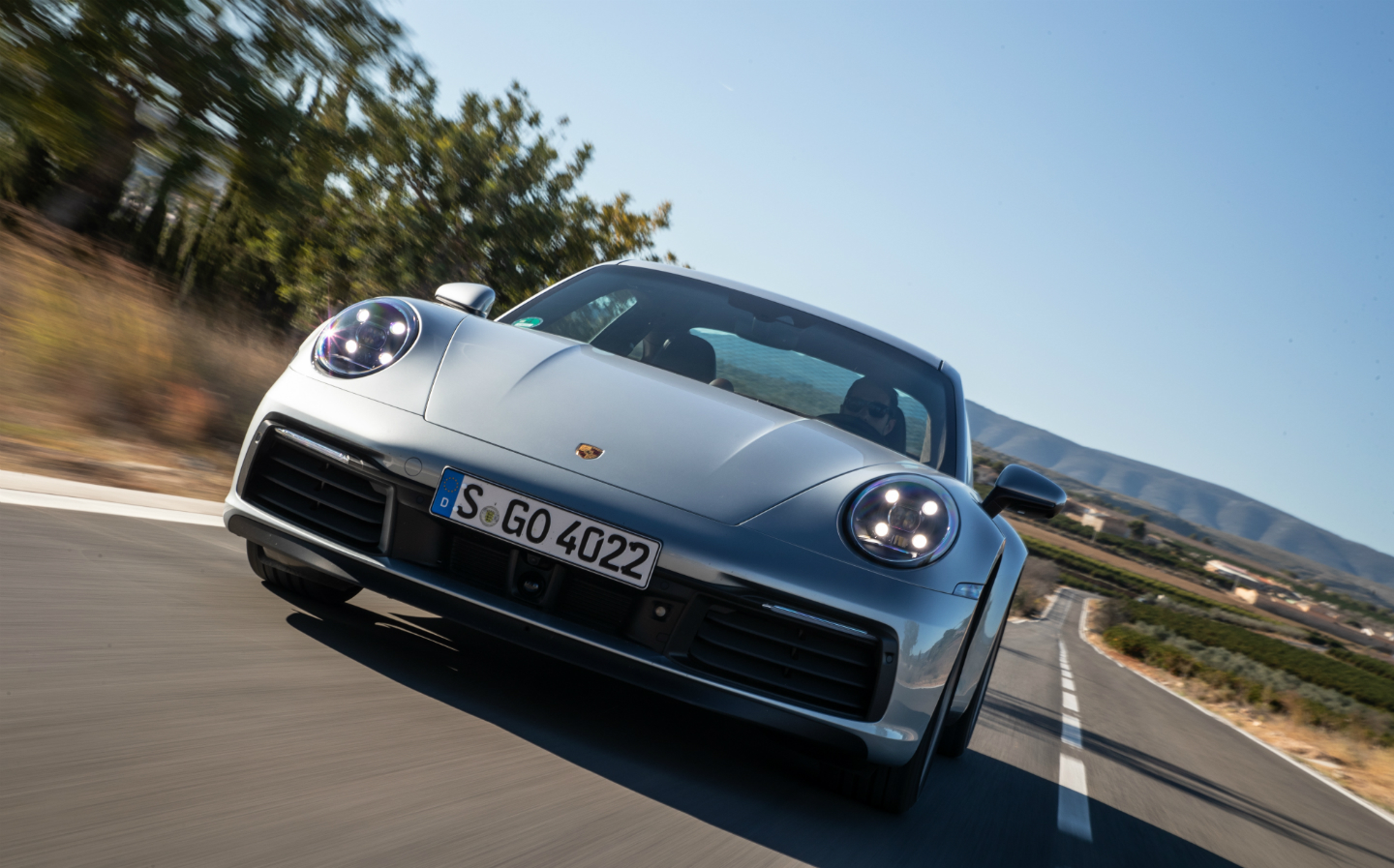 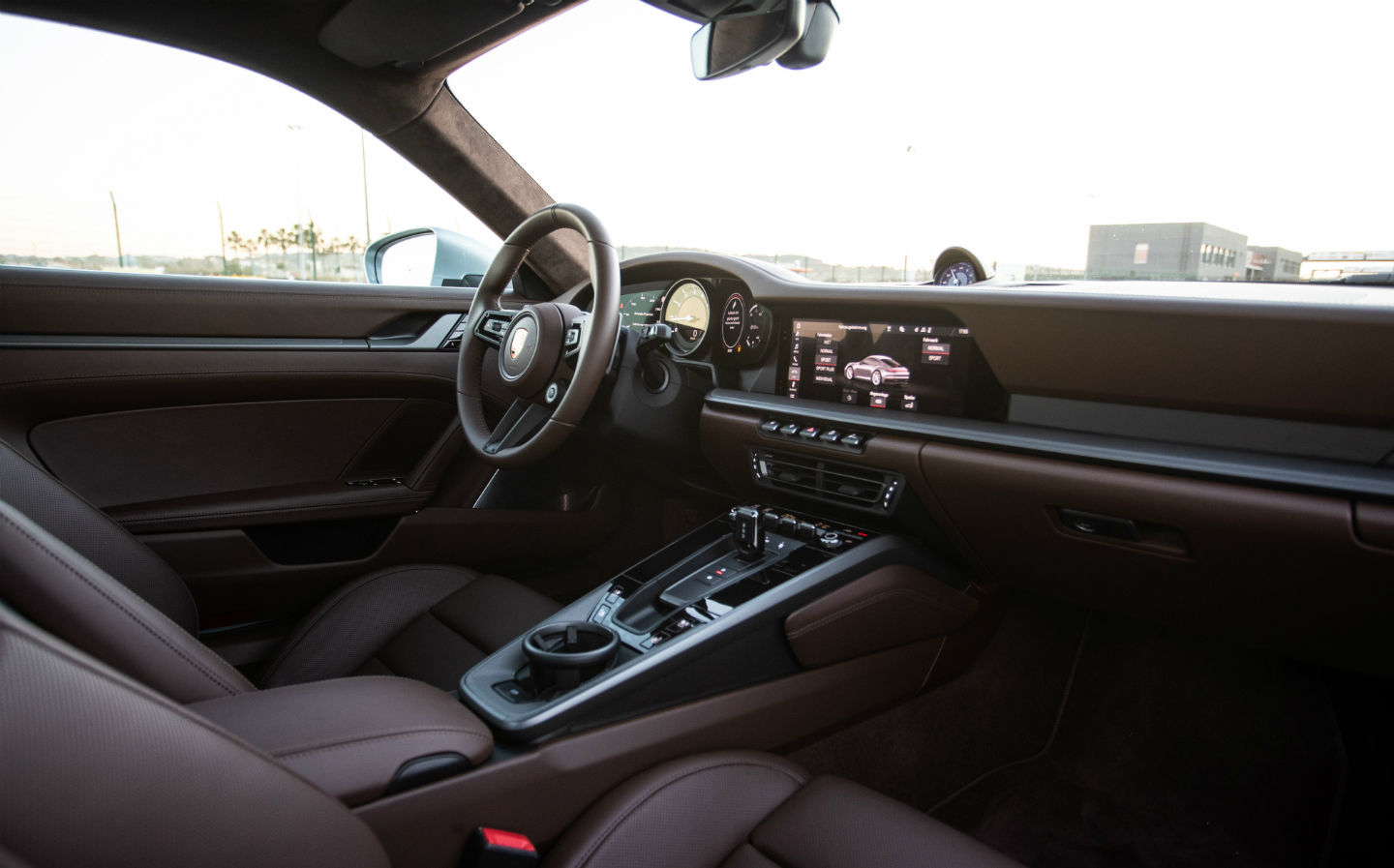 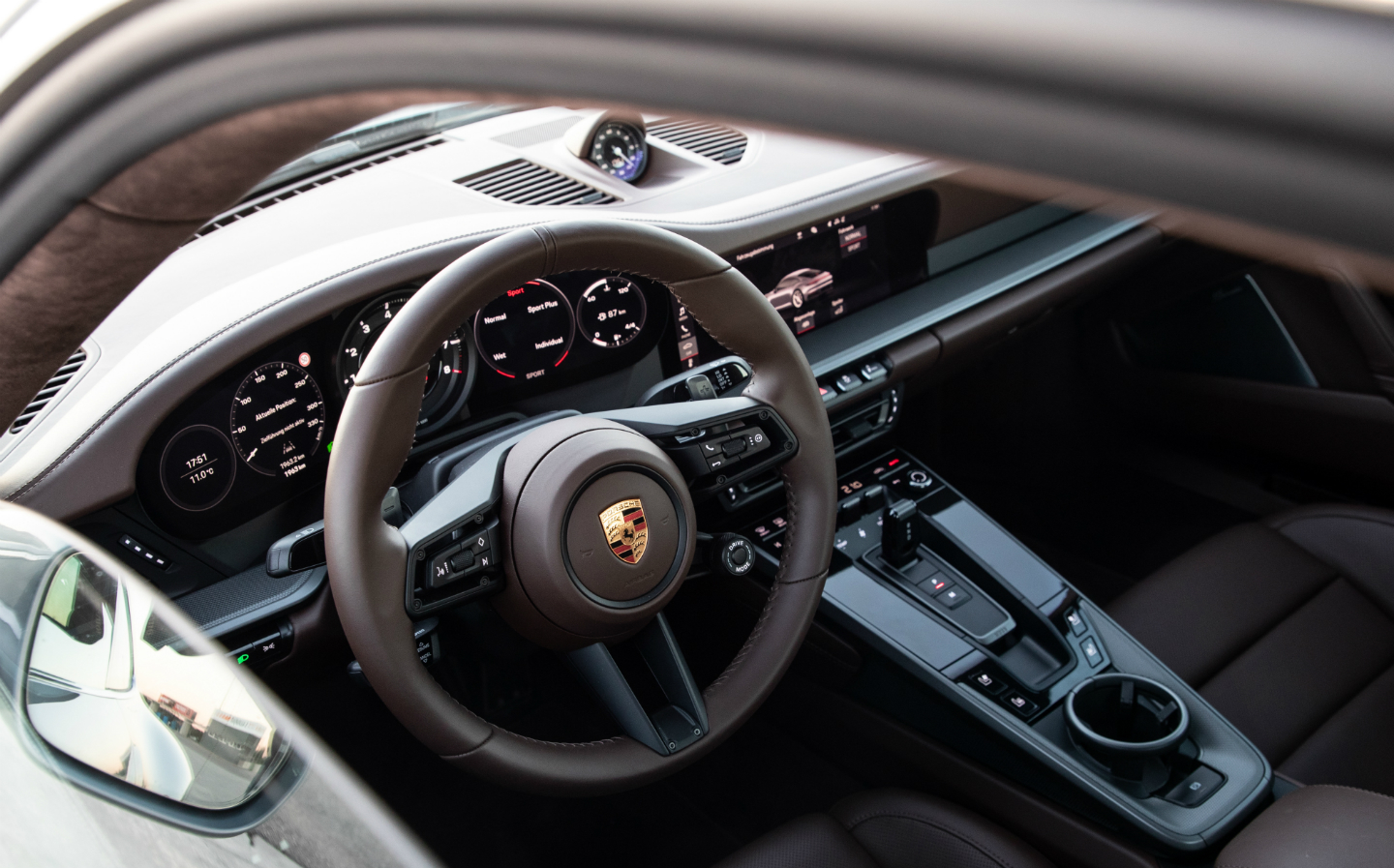 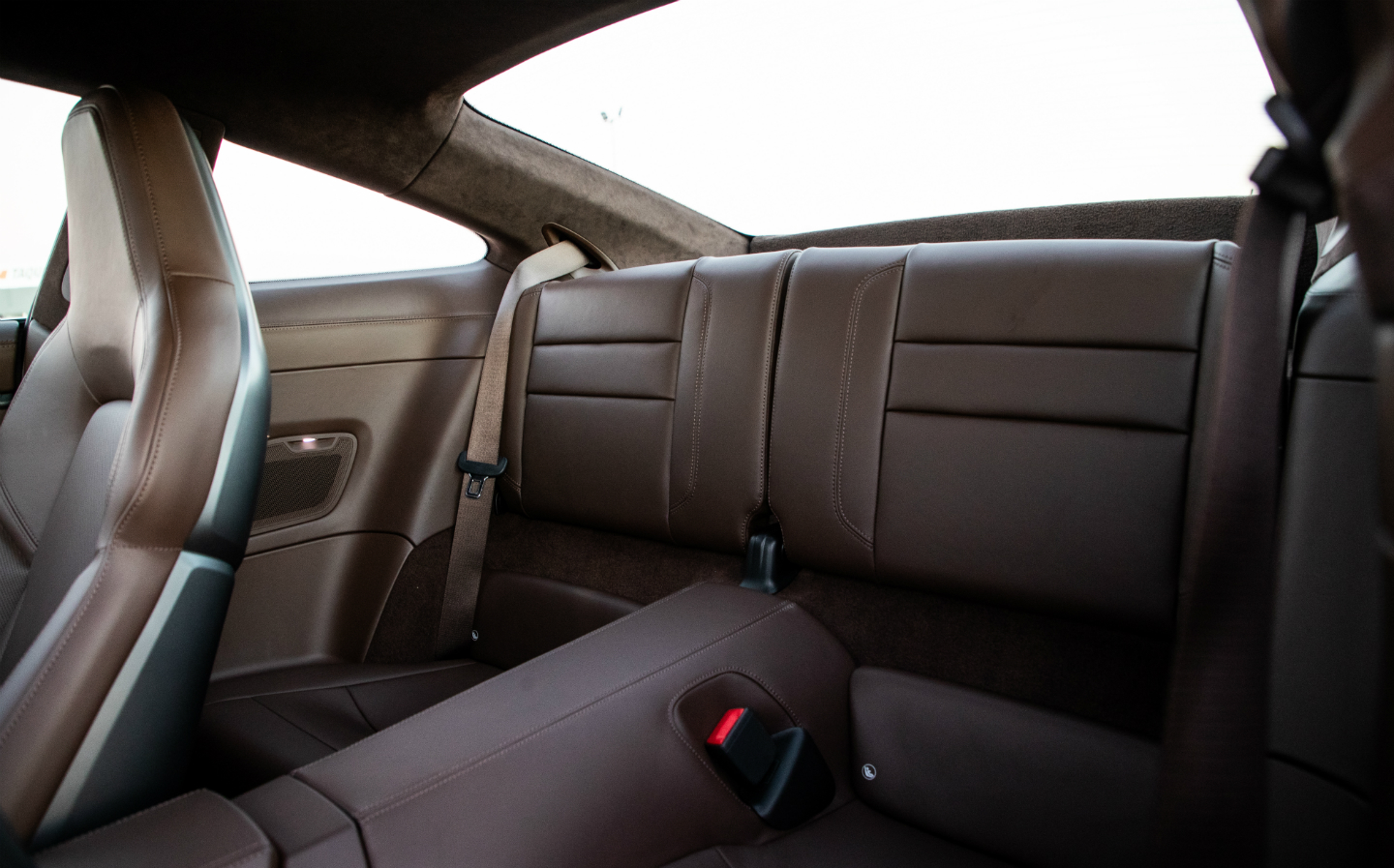 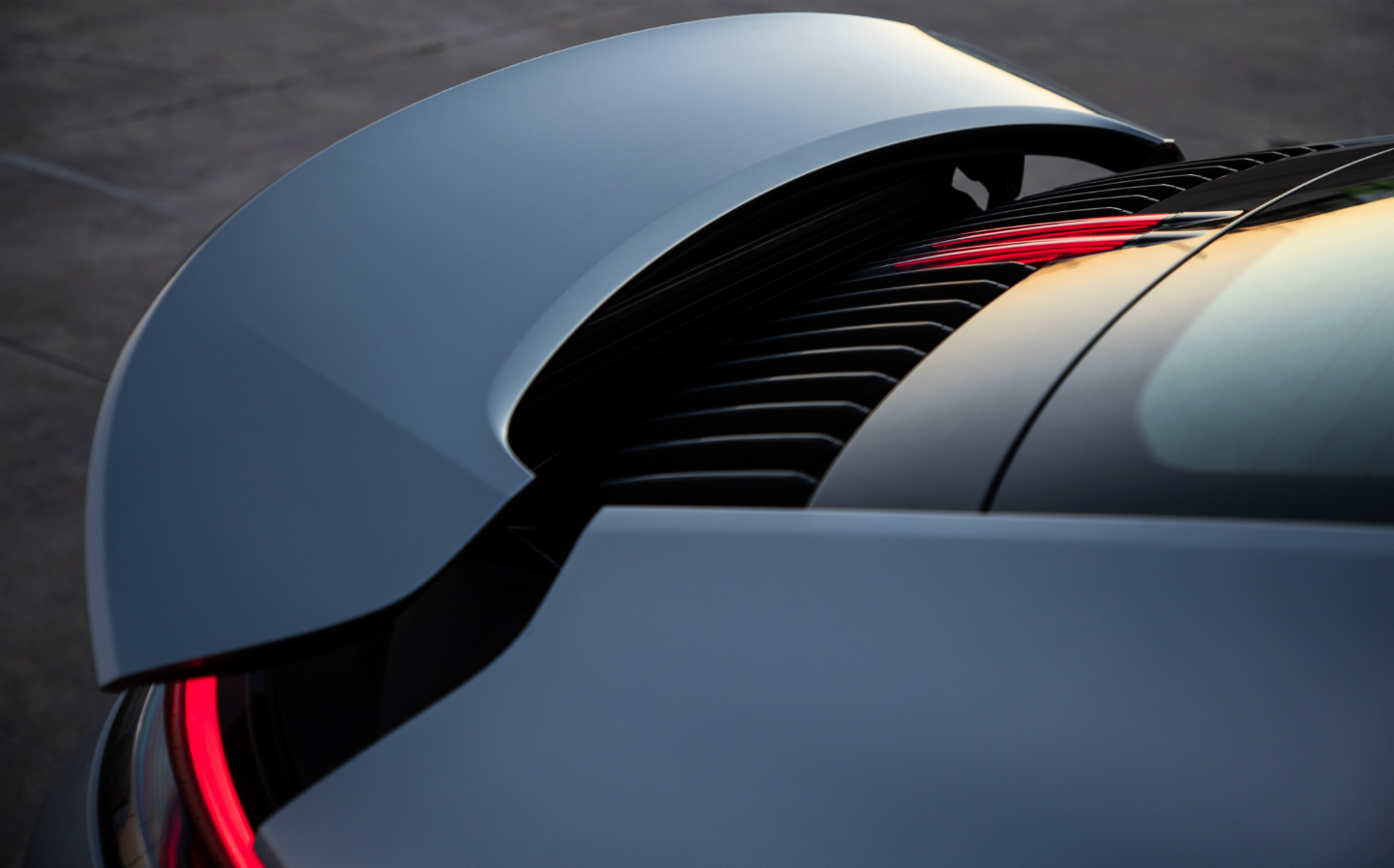 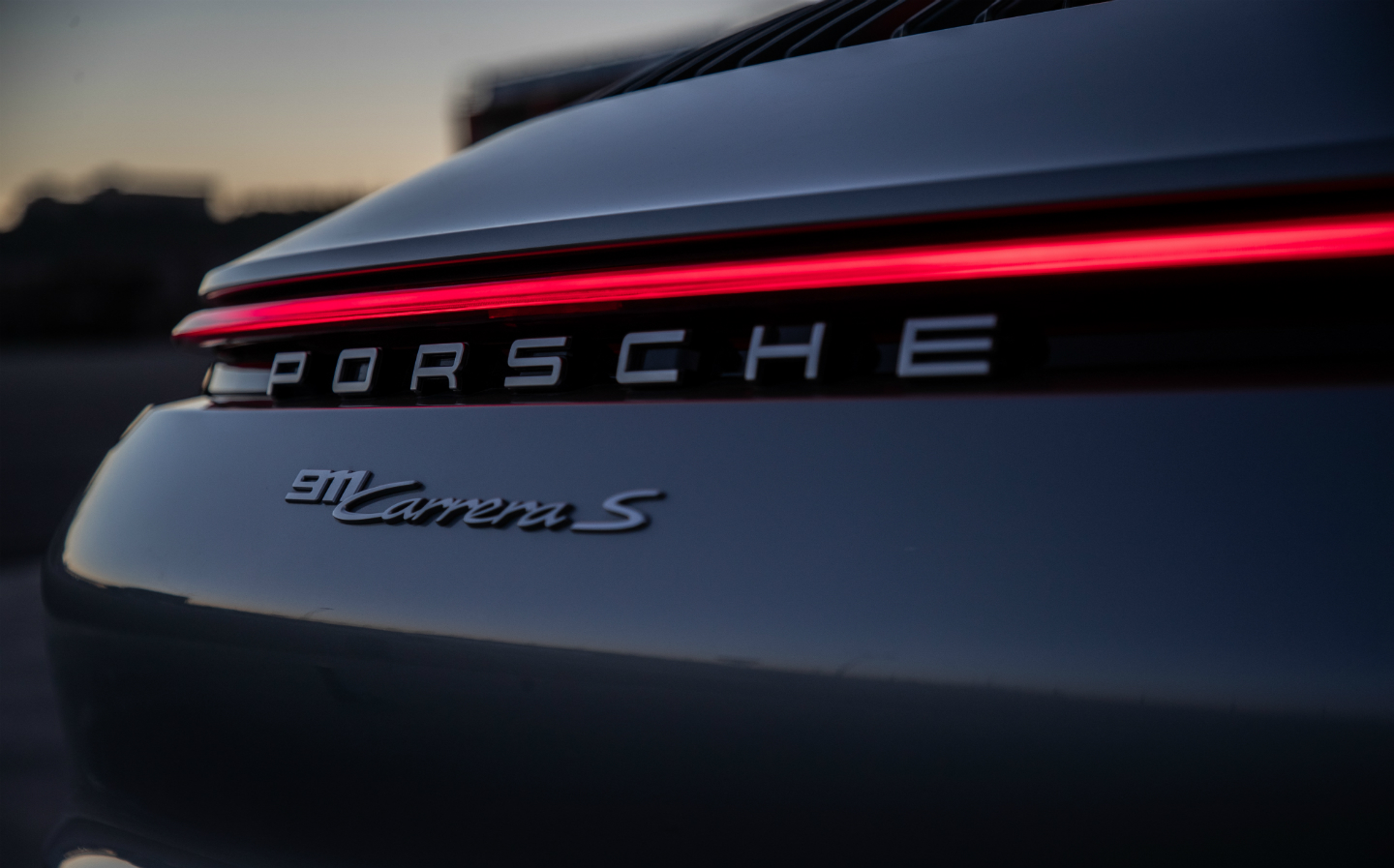 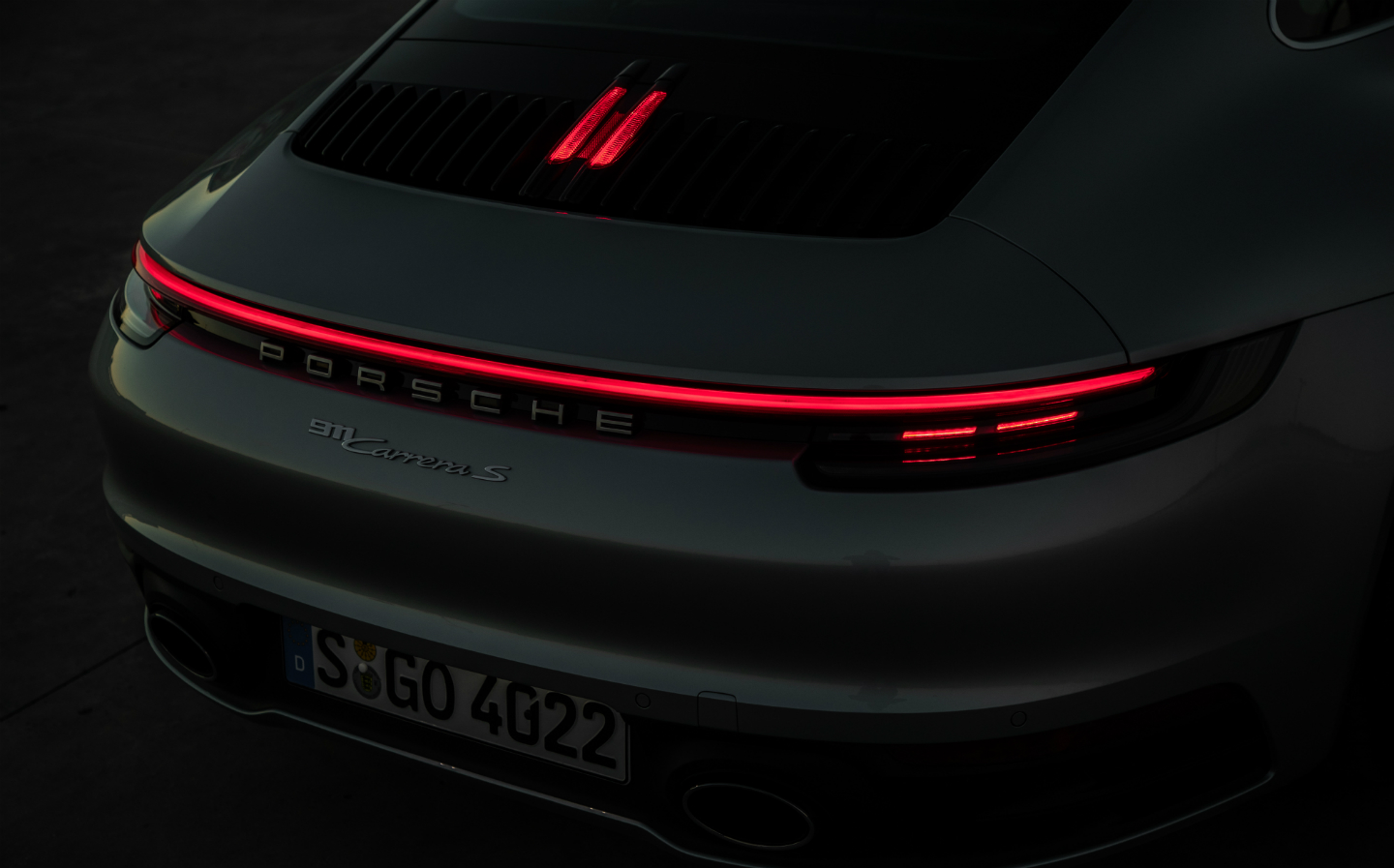 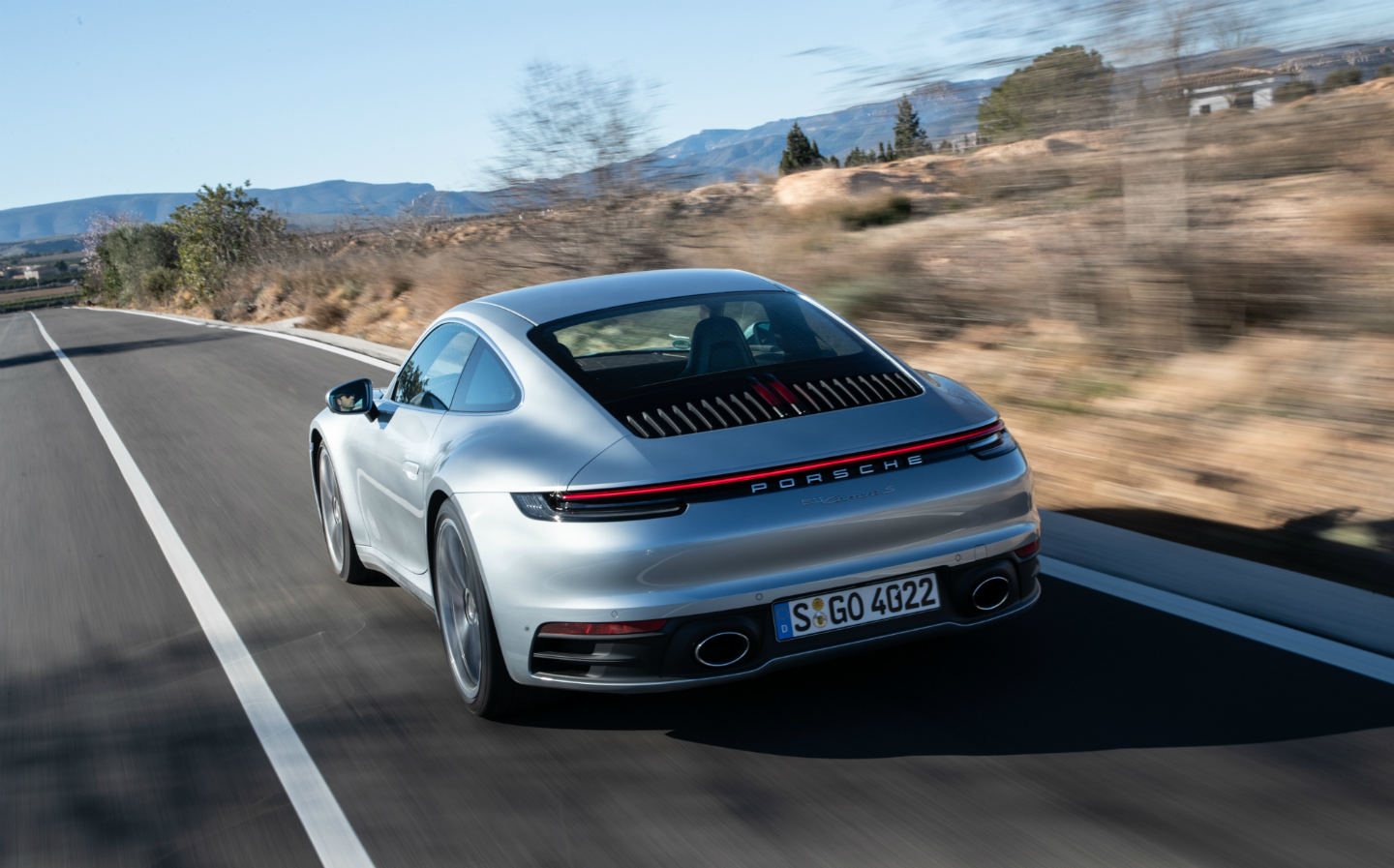 HUGE infotainment screens, self driving tech, a safety-boosting Wet mode and a new eight-speed gearbox – the press bumf reads like this is the launch of a new posh saloon, not the latest Porsche 911.

Normal service resumes with the fact that this 911 looks almost identical to the old one. The biggest hint that it is all-new being those flush-fitting door handles, but it’s also longer, wider and gets bigger wheels – 20in at the front and 21in at the rear.

The changes inside are more significant. An analogue rev counter still takes centre stage right in the middle of the instrument cluster but it’s now flanked by two 7in screens that mean you can have your 911 with kit like night vision.

The 10.9in screen on the centre of the dash, meanwhile, deals with all your sat-nav needs. It’s as functional as an iPad and just as quick. The bonus of the screens is that the 911’s dashboard now has an uncluttered design that echoes the simplicity of the original model.

Another carryover is the excellent driving position. The low seat and the car’s stubby nose make the windscreen feel more like an aircraft canopy, giving you a brilliant view of the road ahead. As before, you get occasional rear seats with space for small kids, or to use as a handy overflow for the 911’s small front luggage compartment.

You get this ‘frunk’ (front trunk), as it is known at Tesla but almost certainly not in Stuttgart, because, of course, the 911’s engine lives in the back. This Carrera 2S – other models will follow in time, including a hybrid – has a twin-turbocharged 3.0-litre flat-six that thumps out 444bhp and 390Ib-ft of torque through a quick-shifting PDK eight-speed automatic gearbox. There’s no mistaking that top-end howl for anything less than a boxer six, even if the earthiness of the old naturally aspirated engines is missing.

Despite the slight weight increase that the gearbox and a new petrol particulate filter bring, performance improves across the board, with 0-62mph taking 3.7 seconds and the Porsche able to hit a claimed 191mph top speed.

There’s no mistaking that top-end howl for anything less than a boxer six, even if the earthiness of the old naturally aspirated engines is missing

And there’s no need to worry that Porsche has lost its touch in bends. The 911’s detailed steering delivers a level of communication that makes other cars’ numbness feel like they’ve taken a direct hit from a tranquilliser gun, and the optional rear-wheel steering helps the Porsche shrink around you. Just like before, you can brake deep into corners using the weighty back end to guide the car’s nose perfectly into an apex.

Then, with the weight of the engine acting on the rear axle, you can catapult out of corners where the 911’s competitors struggle with wheel spin. It’s so deeply impressive that you’ll only ever feel the benefit of the four-wheel-drive Carrera 4S at low speeds or on slippery winter roads.

Wet mode only cements this view. Fitted to all 911s, it uses acoustic sensors in the front wheel arches to sense the pitter patter of rainwater kicked up by the tyres, warning you that the going’s got slippy and inviting you to select Wet mode on the drive select.

Do that and the long and the short of it is that – no matter how silly you are – the 911 refuses to slide out of shape even if you give it a boot full. Instead, it trims the throttle and dabs individual brakes as if you have judged the limits of grip perfectly.

It’s one example of what makes this 911 even more accessible than before. But if you’re willing to venture forth into the options list you can have an arsenal of autonomous aids that’ll make the Porsche more than capable of driving itself on the motorway and in heavy traffic.

All of which, predictably, means you don’t need to worry that the 911’s gone soft. Yes, modern kit helps it fit into your life even better than before but Porsche has managed to incorporate it in a way that makes the new 911 even more engaging to drive. As a result, it’s still the benchmark that all other sports cars want to beat.